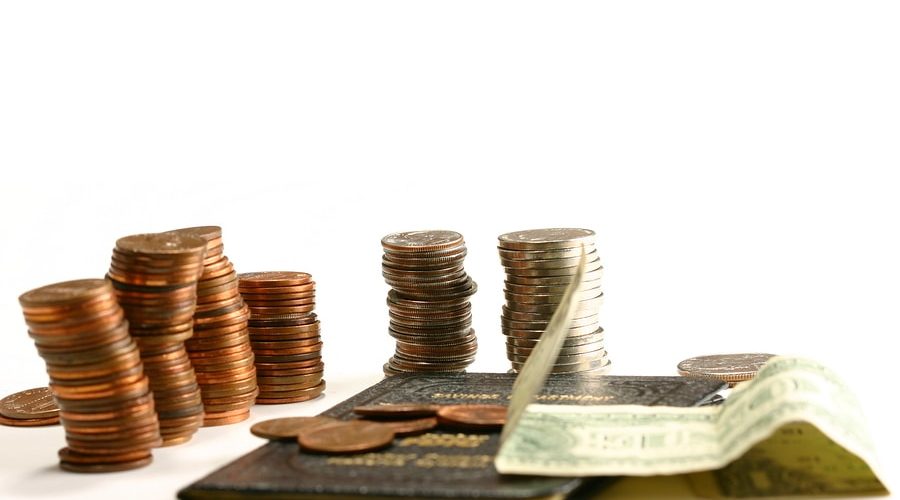 Workplace safety rules have been enacted to ensure a safe workplace for every worker – regardless of where they may work.

Workers compensation claims processes have been put in place to ensure that, in the event of a workplace-related accident, workers receive proper medical attention and appropriate compensation. 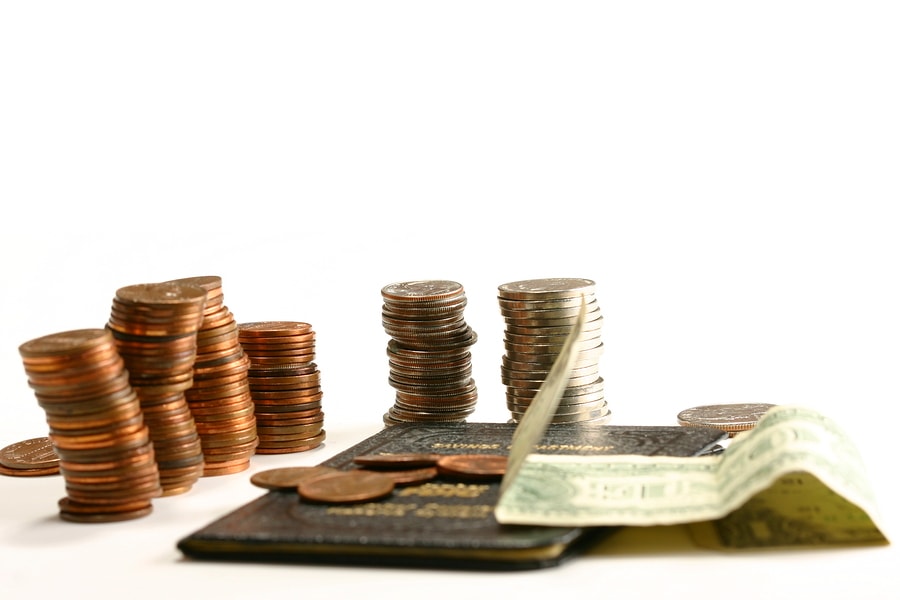 Depending on the type of compensation claims, reimbursements might be made towards:

Individuals can make compensation claims both at the Federal and State levels.

Although each individual state might have its own claims processes, they all have the same below core similarities:

In both the Federal and State processes, there are also provisions in place to review the claims requests that are submitted.

In the case of Federal compensation claims, the Office of Workers’ Compensation Programs (OWCP) is empowered to accept or deny a claim.

Similar bodies are empowered at the State level to accept or reject a request, depending on the merits of the claim.

As well, insurance carriers may also reject (or altar) a claim.

The underlying (generic) processes also include sub-processes for various parties-at-interest (i.e. Employer and Employees) to file an appeal over a claim on the grounds that it was wrongly claimed, or unjustly denied.

While the above is a “typical” view of how compensation claims are reported and processed, there might be cases where some of the above conditions are not applicable. For instance, the requirement for the injured worker to notify his/her employer might be waived if the injuries were such that:

However, if an injury is discovered by a physician who determines it is work place related, then he/she might advise patients (injured employee) to initiate workers compensation claims, and to work with the patients’ compensation carrier to further the process (i.e. notification to employer/employers’ comp carrier).

There may be other differences in the requirements for filing and processing claims amongst Federal and State mandated processes. For instance, the deadlines for complying with various phases of the processes might be different. As well, the supporting documentation required with each claim might differ.

The Process At Work

Since each State (and the Federal government) might process compensation claims slightly differently, we’ll restrict ourselves to discussing a “generic” process from here on.

The “Coming and Going” Rule

The basic framework of compensation claims revolves around the “Coming and Going” Rule.

Under this rule, a claim is not valid if the injury is sustained while commuting to or from the workplace.

However, if the injury is sustained during a commute that was specifically sanctioned by the employer, e.g. a work-related errand, then the claim will be deemed as having merit.

In all cases, the compensation claims processes will stress the fact that, if workers receive serious injuries at a work site, their first concern should be receiving appropriate medical treatment.

This might include reporting to a designated First Aid station at a work site, or being transported to a hospital/emergency treatment center for advanced medical care.

There are specific clauses in all of the Workers Compensation acts (State/Federal) that extend some flexibility, in meeting the deadlines/timelines associated with certain reporting and filing requirements, in the event of serious workplace injuries.

In every case, the compensation claims process starts with reporting of a work-related injury.

Each entity (State/Federal) has a stipulated set of forms that must be used for this purpose.

While generally there is a common set of forms for all incidents, in some cases, these forms might be different depending on the type of incident.

Usually, there are two sections to the reporting form – an “Employee” part, and an “Employer” part.

Often, the Injured will fill out the Employee section, and submit it to his/her designated point person for such claims.

The point person (usually an empowered Supervisor/Manager) will scrutinize the compensation claims received, fill out the “Employer” portion and submit it to the employers insurance carrier as well as the designated State/Federal claims administration body (e.g. Department of Labor).

In some instances, for example where the injured is in no position to fill out the “Employee” portion of a claims form, the designated employer representative can complete the form and file it in order to meet the reporting deadlines.

The injured worker however must verify the information as soon as possible upon his/her return to work (or as soon as his/her medical condition allows).

The act of “filing” compensation claims might differ depending on how each State allows for such claims to be filed.

For instance, some entities may have online systems that can be used to fill out the designated forms, which are then electronically submitted (filed) to the respective insurance carriers or Federal/State claims bodies.

In other cases, duly completed forms are either emailed/faxed or mailed to the designated location for further processing.

Often, especially when the amount to be paid out against compensation claims could potentially be substantial, the paying-out insurer may (under the act) request the injured to undergo an Independent Medical Examination (IME).

Such examinations are carried out by doctors who are on an approved list of professionals maintained by the paying-out insurer.

In some States, the process may call for an “Impartial Exam”, which is similar to an IME but carried out by a physician who is on a State-approved list of doctors permitted to provide such services. The rationale is that such examinations be conducted by a medical professional who is not aligned to either of the parties-at-interest to the claims.

The primary parties involved in processing of the compensation claims are the insurance carriers of the two parties-at-interest – the Employer and the injured Employee.

Regardless of which party initiates the claim, the two carriers will contact each other to discuss and agree upon the type of relief that will be provided as a result of the claim.

Usually, there is a set period of time laid out within which the claim must be processed, and a decision conveyed to the filer.

A claim may be:

The compensation claims process allows either party to the claim to appeal for/against a claim.

For instance, Employers might dispute that an incident was really “work related”, or that it occurred at a “work place”.

Employees might argue about the amount of compensation being approved, or about other benefits that might be denied.

The appeals process is usually adjudicated by a designated Federal or State body, and a final decision is then rendered on the status of the claim. In some jurisdictions, the parties-at-interest may have other civil/criminal remedies (e.g. law suits or court cases) to pursue if they do not agree with the decision of the appellate body.

The decision-making process at the appellate stage, for the most part, might occur quickly, as some States require that this happens in a single hearing.

However, in the case of more complex compensation claims, the process might involve multiple hearings, during which both parties present justifications for why they disagree with the original ruling.

Based on the approved claim, the injured may receive a single payout for all expenses incurred, or installment payments might be directly made to the medical care provider. 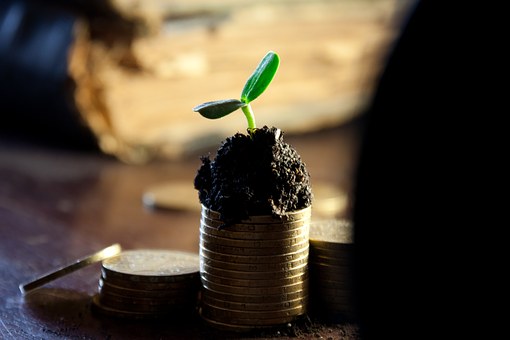 In some cases, a “settlement” might be negotiated in which the injured party receives a set amount (usually a lump sum) as full and final payment against a claim.

Often, such settlements entail the injured signing off on any future claims (e.g. medical complications several years down the line) that might arise as a direct result of the original compensation claims.

Work places are supposed to be safe places where employees can work without fear of getting injured. However, when an injury does occur, it is vital that such incidents get documented immediately (or as soon as possible). In some instances, the injured might not have been involved in filing an official report of injury (because of his/her medical condition immediately following the incident).

To be safe, and to protect one’s self from future complications, it is always advisable to review the compensation claims documentation filed on ones behalf (if the injured was not involved in the initial report preparation process) at the first available opportunity.

If required, a formal report of the injury (if one was not filed earlier) should be submitted as soon as the injured is able to do so.

Compensation claims are often time-barred, meaning they cannot be pursued after a certain amount of time has elapsed. This time limit varies by State.

To receive due compensation therefore, injured workers must ensure they file their claims well within the deadlines stipulated by law.