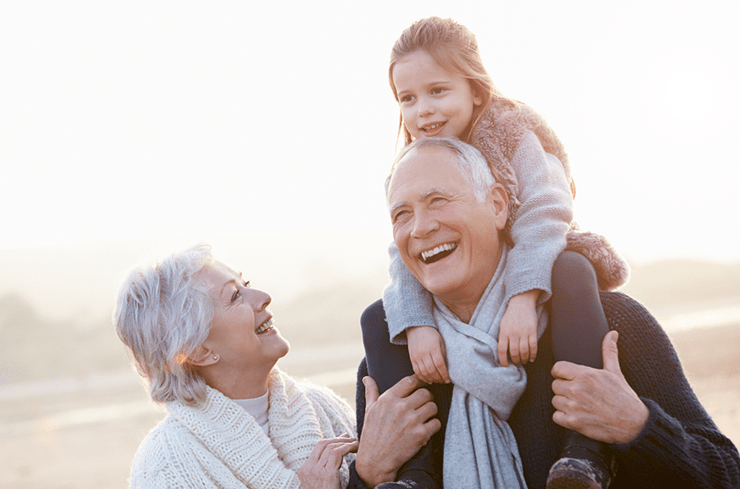 A social security definition includes any government program that provides assistance to members of its population, particularly those who are old, disabled, or sick.

In the United States, Social Security is a large federal program meant to provide income for retirees and low-income individuals who need assistance with medical treatment or living with a disability. 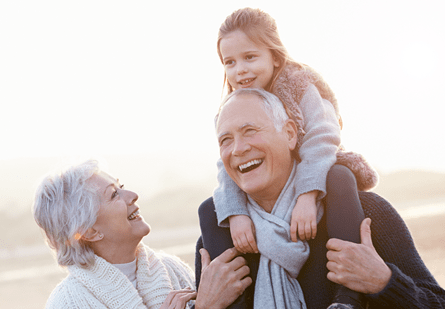 What Is Social Security?

It is a social insurance program with the purpose of preventing large portions of the population from sinking below the poverty line.

How does Social Security work in the United States? Essentially, after an individual reaches a specific age, they collect a set amount of income. Currently, the standard age is 65, but there is a gradual increase in age depending on the year you were born. According to Congress, this change was implemented to account for higher life expectancies.

Discussions of Social Security often come up in the mainstream media, particularly in an election year when there is plenty of debate about Social Security reform. You may be curious why exactly there is so much debate. What are Social Security benefits? Isn’t it just income paid out to retirees to help them in old age?

See Also: What Is a HELOC? Get All Your Info! (Definition, Tax Deduction & Review)

Social Security is primarily thought of in the context of retirement. For many people, OASDI is synonymous with Social Security’s definition in the U.S. The program is meant to make up for the hit in income that retirees take when they stop working. If you are making plans for retirement and asking, “How much will I get from Social Security? And will it be enough?” you should know that generally speaking the answer to the last part of that question is no.

How Social Security works is through collecting money via a payroll tax. You should be able to see a deducted dollar amount marked OASDI on your paystub. The maximum amount of annual income that can be taxed for this purpose is $118,500.

Medicare is another social insurance program administered by the Social Security Administration. It provides medical insurance for individuals over the age of 65 who have paid into the system. In some cases, younger individuals with a disability or certain illnesses are also eligible.

Medicaid is similar to Medicare in that it helps people fund their healthcare. Where it differs is that it is jointly funded by the state and federal government and administered by states, which are in charge of deciding who is eligible. It is geared toward low-income individuals who cannot afford healthcare.

The Supplemental Security Income was created to help low-income adults and children with disabilities who have limited resources. There are also instances in which retirees can collect supplemental security income.

How Much Will I Get from Social Security Once I Retire?

While thinking about your future financial freedom and comfort, you may ask, “How much will I get from Social Security?” This expected income is tied to how much income you earned (and were taxed on) by the government. To calculate your Social Security earnings, your earnings are adjusted to account for changes to the average wage from the year you earned that money. The Social Security Administration then uses a formula to figure out your “primary insurance amount.” Your primary insurance amount is the monthly income you receive from the SSA once you reach full retirement age. 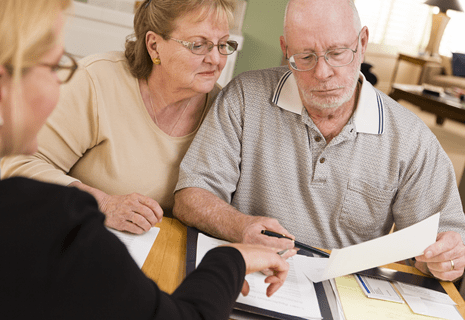 How Does Social Security Work?

If you are still wondering, “How much will I get from Social Security?” you can receive an estimate from the handy tool available on the Social Security Administration’s website. Keep in mind that this is an approximation, and a number of factors can affect the amount of money you ultimately earn. By entering your date of birth, income, and expected date of retirement, you can receive a quick estimate.

What is Social Security’s benefits rule when it comes to a recipient’s family? If someone who is eligible for social security benefits dies, their spouse or dependents can receive that income, even if they have not worked enough.

Related: What Is a REIT? Definition & Overview (Are REITs a Good Investment?)

Of every dollar in payroll taxes that is contributed towards social security, 85 cents is given to a trust fund. From this trust fund, current retirees or their families are paid their benefits. The remaining 15 cents is allocated to a trust fund from which those with disabilities and their families are paid. Part of the money from both trusts is used to pay for the Social Security Administration’s administrative costs.

Tracking your earnings through your Social Security Number is how Social Security works and stays organized. Each individual is assigned a unique number that they give to their employer when they get a new job and eventually uses to collect their Social Security income after retirement. Today, it is also used as an identifier for your credit history, making your SSN an extremely sensitive number. Criminals can use a person’s social security number to apply for credit under their name and then simply not pay the bills, leaving the owner of that number to prove the fraud or take the hit to their credit and assume responsibility for the unpaid loans.

According to the Social Security Administration, Social Security Numbers are never recycled and the almost 1 billion possible combinations of the nine-digit number, factoring in the rate of population growth, means they will probably not need to worry about adding new numbers for another century.

What is Social Security’s system for assigning numbers? While many conspiracy theories abound, the nine-digit code is determined by three factors:

This numbering method was created decades ago and is not a particularly helpful categorization nowadays. At the time, something like the area number was mostly meant to serve as a bookkeeping method.

Popular Article: What Is Forex – Get Reviews, Basics, & Tips! (What is Forex Trading?)

Economic security is something humans have been concerned with since the beginning of time. You can find a social security definition perpetuated by many societies throughout history. If you asked somebody in ancient times, “What is social security?” they would most likely refer you to the assets they saved up to sell in retirement or their family connections that would provide for them in their age.

The main takeaway is that, for much of history, provisions for the poor or infirm were decentralized. While our current conception of a social security definition has state responsibility and administration at its center, this is a rather recent feature. In the past, charity was something done in a local sense or through religious duty, but not something that the state included in its responsibilities.

With the rapid changes of the Industrial Revolution, the movement of people out of the country, and the growth of cities, the dynamic between members of society changed, making the localized way of addressing poverty difficult to maintain. Initiatives like the Poor Laws in England put a focus on state solutions to address poverty, but they were very harsh solutions that criminalized the poor and sought to discourage the poor from seeking assistance by making aid extremely unattractive.

This legal and cultural precedent was brought to the New World. Additionally, the new United States prioritized freedom and limited government intervention, making the idea of something like institutionalized social security unwelcome to the population. The Civil War did manage to set a precedent for social security on an institutional level through its generous pension program for disabled veterans and surviving wives and children.

But what year did Social Security start, and what were the conditions that made it possible? In the past, poverty was linked to one’s ability to work hard. In an agricultural-based economy, the work was labor-intensive, but the understanding that a person could make a bare minimum from working the land reigned. The shift to an industrial economy meant that even people willing and able to work could find themselves destitute if they lost their job. This changed public opinion about the responsibility of the state and of employers to its workers and the concept of a “deserving” poor.

The stock market crash and the Great Depression spurred people and politicians to demand change. The social insurance definition shifted from one that prioritized individual or community charity to calls for institutionalized guarantees of people’s security, particularly in a wage-based economy. Such significant social changes had rendered security from things like assets and family ineffective.

Through the initiatives of President Franklin D. Roosevelt, the Social Security Act became law in 1935. Its main purpose was to provide general welfare to the population in the case of unemployment and guaranteed income upon retirement.  The first Social Security cards went out in November 1936. The first recorded social security number was issued to John David Sweeney, Jr.

Some are opposed to the program on ideological grounds, believing they should have freedom over their financial freedom. They are not fans of how Social Security works in its mandate that a set amount of their income must be contributed. Others are uneasy about the widespread use of the Social Security number. What was once meant to simply collect retirement benefits has now become akin to an identification number for credit and employment purposes. There are also criticisms of the program’s administration and eligibility requirements, in addition to hesitation about the debt future generations will be forced to carry.