Many of us have heard of peak oil, that moment in time (that we might have already passed) when the maximum rate of petroleum extraction has been reached. Without a doubt, our industrial civilization and all of the advancements and progress that characterize our society have been built on the abundant availability of cheap oil.

As oil becomes scarcer in the coming years, finding renewable energy sources to power our development will be one of the biggest challenges we face.

Many experts hold that we need to find ways to go from a society built on ancient sunlight to a society that uses current sunlight. Fossil fuels are the sources of energy that came from the slow decomposition of organic matter millions of years ago.

The current sunlight (and other renewable energy sources) offer the challenge of fundamentally changing one of the main aspects of how we interact with the Earth.

Lastly, we turn our attention to the future to review author Jeremy Rifkin’s prediction regarding the Third Industrial Revolution and the long-term benefits of renewable energy.

What Is Renewable Energy and Why Is Alternative Energy Important for Our Future?

Renewable energy or alternative energy is a way to power our homes and cars and businesses and industries while also minimizing the amount of greenhouse gases and other forms of contamination.

Whereas fossil fuels such as oil and coal release huge amounts of greenhouse gases, leading to global warming, alternative energy sources and renewable resources are able to harness the natural elements to produce energy that doesn’t release greenhouse gases.

The main benefits of renewable energy are twofold:

One of the main advantages of alternative energy solutions is that there are many types of renewable energy. The renewable energy resources that you use will largely depend on where you are geographically located and what elements are most abundant in your area.

For example, if you live in southwest Arizona, chances are that there is more than enough sunlight to power your home, charge your car, and even enough left over to feed back into the grid.

If you have a home by the sea somewhere in northern Maine, chances are that there is more than enough wind to give you the electricity you need. If you live somewhere out west, beneath your feet may be an unending source of geothermal energy. 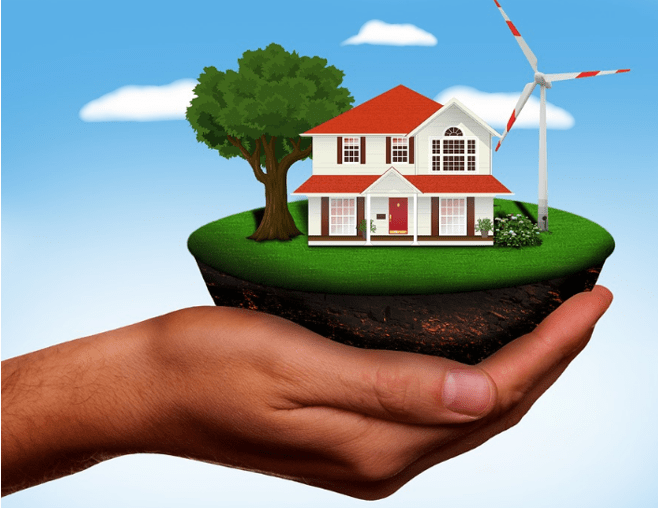 Some of the renewable energy facts presented below show us how far alternative energy has come in recent years, and just how much farther we have to go in the future.

According to the International Energy Agency, in 2012, only 13.2% of our global energy resources came from the different types of renewable energy. Though most people around the world know what renewable energy is and are beginning to understand the benefits of renewable energy, development and adoption of these technologies has been relatively slow.

In the case of solar energy, every minute of every day, the sun is sending 120,000 terawatts of energy into our atmosphere. That amount of energy is 10,000 times the total amount of energy used by our industrial civilization at any moment in time.

Furthermore, renewable energy resources continue to steadily grow. According to a BP report:

One of the most feared aspects of alternative energy is related to its cost. People know what is renewable energy and the benefits of renewable energy, but not everyone has an extra $10,000 laying around to convert their homes to renewable resources.

Fortunately, many governments around the world have woken up to the fact that the switch to alternative energy is going to be a part of our future.  In order to motivate people to make the switch to renewable energy solutions, governments around the world offer a number of incentives and subsidies to help offset the initial cost of installing an alternative energy system.

Since many people are convinced of the benefits of renewable energy and would like to move away from dependence on fossil fuels, these subsidies and government programs can be extremely effective in helping to fundamentally change how we power our civilization.

For more information on the specific types of subsidies that are available for alternative energy sources, you can visit the U.S. Energy Information Administration (EIA) here.

The Countries Leading the Way with Renewable Energy

On a worldwide scale, the United States is one of the industrialized countries that has the least developed alternative energy solutions. Though the U.S. population knows what renewable energy is and understands the benefits of renewable energy, this knowledge has not influenced policymakers to the point that they change how we generate the power we need.

In Portugal, more than 50% of energy was from renewable resources, with wind power accounting for 18% of all energy used by the population.

Imagine a world where every rooftop was covered with shingles that doubled as photovoltaic cells to turn the sun’s energy into electricity. Every yard would have a couple wind turbines gently spinning with the breeze. A series of pipes and tubes might reach into the earth to convert the earth’s heat into an alternative energy source.

Author Jeremy Rifkin has argued that the “Third Industrial Revolution” is upon us, and that it will be characterized by a massive growth in renewable energy resources and the de-centralization of the energy sector.

According to Rifkin, one of the main changes that will come with this new revolution in alternative energy will be through “using Internet technology to transform the power grid of every continent into an energy internet that acts just like the Internet (when millions of buildings are generating a small amount of renewable energy locally, on-site, they can sell surplus green electricity back to the grid and share it with their continental neighbors).”

Far from being a futuristic sci-fi dream, this new world of alternative energy sources offers the immediate opportunity to revolutionize our world.

Making the switch from dependence on fossil fuel energy to renewable energy sources is one of the main challenges we collectively face. Few people question the obvious benefits of renewable energy, and almost everyone now can answer the question, “What is renewable energy?”

Finding the political will power to switch to alternative energy sources, however, hasn’t been easy. As the different types of renewable energy technology continue to develop and grow cheaper, however, they should be more widely accepted and adopted throughout the world.

Whether you choose to cover your rooftop with solar panels or put up a few small wind turbines behind your home, switching to alternative energy is a challenge and a responsibility to our world that all of us should embrace.