What Is CCAR? Definition, Scenarios, Regulation (What Does CCAR Stand For?)

Since you are visiting this site, you probably want the answers to several questions. You might be wondering the following: What is CCAR? What are CCAR requirements? What is the difference between CCAR and DFAST?

If so, read on for a comprehensive and easy-to-understand CCAR definition, including CCAR scenarios and regulation, and an overview of the difference between CCAR and DFAST.

What Is CCAR? (Definition)

CCAR stands for Comprehensive Capital Analysis and Review, and is defined as a federally-required stress test that is held annually to determine the financial resilience of the nation’s large bank holding companies (BHCs).

The idea behind CCAR regulation is to determine whether a large bank holding company’s internal processes are sufficient to handle all of the relevant risks that are likely to affect that particular BHC.

CCAR requires accurate reporting, agreement to federal recommendations, and a commitment to uphold the plans stated during the test.

CCAR regulation was inspired by the 2008 economic collapse that put many of the largest banks in distress and required the government to “bailout” banks to prevent further insecurity.

President Obama enacted the Dodd-Frank Act in 2010, requiring BHCs with assets of at least $10 billion to engage in annual stress tests and make their results public.

In 2014, several BHCs struggled with their CCAR tests and, as a result, proficiency with CCAR stress testing became a key factor in recruitment within banking and finance industries.

This year, 33 BHCs were subject to CCAR testing. This is two more BHCs participating than last year, so knowledge of CCAR regulation is becoming increasingly more important to anyone in finance.

See Also: What Is a HELOC? Get All Your Info! (Definition, Tax Deduction & Review)

Difference Between CCAR and DFAST

CCAR and DFAST (Dodd-Frank Act Stress Testing) are two complementary components of the federal government’s assessment of a BHC’s stress resilience.  While similar in nature, there are unique differences between CCAR and DFAST.

The Federal Reserve requires both the CCAR and DFAST components to determine a BHC’s standing.

The DFAST worksheet is released with each year’s CCAR worksheets. BHCs operating between $10 and $50 billion in assets will only have to submit a DFAST worksheet.

However, even these BHCs must have at least partial knowledge of CCAR regulations to complete their DFAST test because it relies on the yearly supplied CCAR scenarios. For BHCs submitting both tests, they must be submitted at the same time.

The capital plans are written in worksheets provided by the Federal Reserve and submitted via a secure collaboration site. Before and during the testing cycle, participants will receive updates on the process via this same website. They may ask questions at any time, and FAQ documents will be submitted to them through the site. 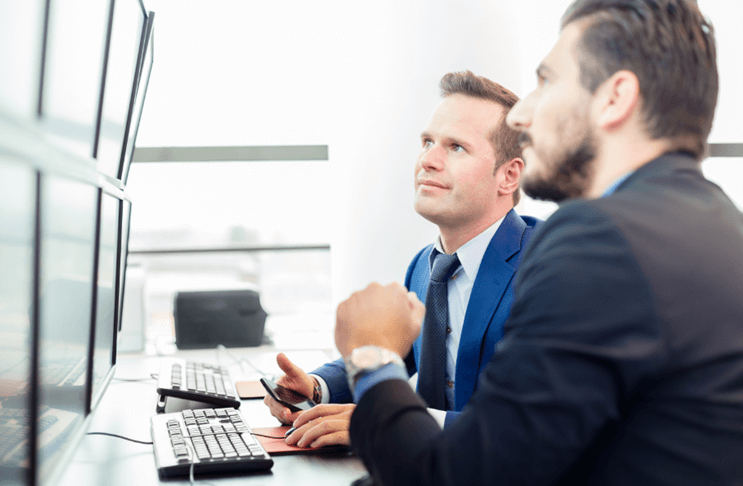 The Federal Reserve will give each BHC feedback on adherence to CCAR requirements and release the results in June. This feedback is a critique of the BHC’s capital plans, stating where the plans are optimum and where they need work.

BHCs can go ahead as early as July 1 with public quarterly plans to deploy excess capital and move forward with share buybacks and dividend payments as stated in their capital action plans.

The BHC’s expenditure must meet the expectations outlined in its capital plans or it will have to request permission to proceed from the Federal Reserve. If it spends too much, it comes off as reckless and as invalidating its capital plan.

However, if the BHC spends too little, it makes it appear that it misstated its capital and is not as resilient as it appeared, and this may impact the Federal Reserve’s assessment of its plans in future years.

When a BHC submits its capital plan, it is not simply sharing ideas with the government for assessment – it is making an agreement to uphold these plans in the planning period.

The CCAR is made up of capital action plans from BHCs that are based on several hypothetical scenarios. It is like a fire drill: the government supplies the BHCs with example situations, and the BHCs prepare how they would handle these imaginary situations based on their capital and their management strategies.

CCAR scenarios vary from year to year so they aren’t too predictable and to provide a more challenging assessment of a company’s strength.

The federal government supplies three CCAR scenarios that range from normal to extreme situations (details are based on year 2016 scenarios):

All participating BHCs are expected to create two of their own scenarios and supply actions plans. One must be based on baseline expectations, and one must be based on a stress scenario, meaning that each BHC is required to submit action plans for 5 total scenarios.

Each scenario is made of 28 variables, including such factors as gross domestic product, stock market prices, and interest rates. A narrative is included with each of the CCAR scenarios to describe the economic conditions of each scenario and ties in changes from the previous year.

The Counterparty Default Component assesses a BHC’s preparation for the sudden and unexpected failure of its strongest partner. 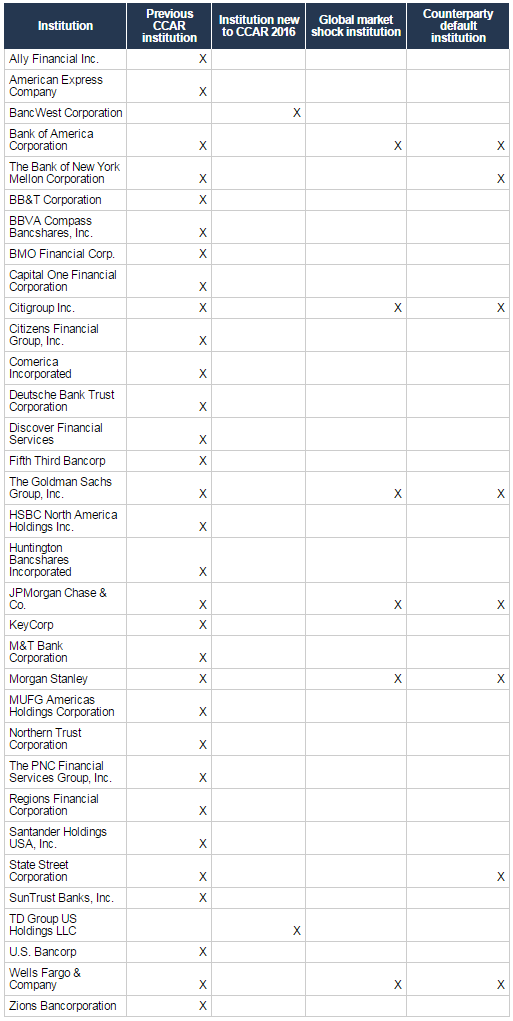 Related: What Is a REIT? Definition & Overview (Are REITs a Good Investment?)

Capital action plans are written explanations of a BHC’s capital planning strategies based on the CCAR scenarios. They are submitted on worksheets supplied by the Federal Reserve. These worksheets can be downloaded at federalreserve.gov, and there are instructions available for download right next to them. The file on the page contains a zip file with various forms, including CCAR and DFAST entries.

They must include four components: 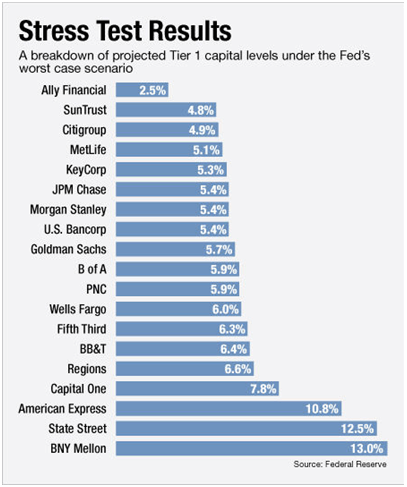 While CCAR isn’t exactly a pass or fail testing system, capital plans can be rejected by the Federal Reserve. The Federal Reserve calls this an “objection.” A plan that is mildly insufficient may result in an order to fix weaknesses in the plan. Limitations and even halting of the BHC’s planned activities may occur for plans that drastically miss CCAR requirements.

In the event of rejection, BHCs can resubmit their capital plans to more quickly regain an active plan and their reputation. BHCs may also be required to resubmit capital plans without waiting for the next annual period if there is a change and the capital plan is no longer valid. Since the BHC’s expenditure is expected to match its capital plan, the capital plan must be updated if a change is to be made.

While the Dodd-Frank Act applies to bank holding companies with assets of $10 billion or higher, it is the largest $50-billion BHCs that are of the most concern and that most CCAR requirements apply to. The Federal Reserve acknowledges that smaller banks need to be held to different expectations. BHCs with assets from $10–50 billion are lumped into one category with more reasonable expectations as to the types and sizes of the figures they will be submitting. Sometimes, mid-sized BHCs of between $10 and $50 billion in assets may only be required to fill out DFAST forms.

CCAR regulation is meant to give American citizens security in the fact that their banks will remain stable even during catastrophic financial situations. This country very recently dealt with the threat of worldwide depression due to the collapse of several massive bank holding companies. The government is still “bailing” them out to prevent this disaster, so it is critical to monitor the progress of those BHCs and all influential bank holding companies.

Anyone interested in working in banking and finance careers needs to be familiar with CCAR regulation. You want to have at least a basic understanding of CCAR testing as you may be expected to discuss it in job interviews. Bank investors also need to understand CCAR and DFAST testing to make sound investments.

Conclusion to the Question, “What Is CCAR? (Definition)”

CCAR is a legally-required annual stress test affecting all bank holding companies with assets of $10 billion or more.

The Federal Reserve supplies scenarios ranging from expectations of the economy to severely adverse conditions to test each bank holding companies’ ability to continue to lend to homes and businesses, even during financial shock.

CCAR regulation benefits both citizens and bank holding companies by strengthening the operations of the companies, boosting the companies’ reputations, and avoiding the national threat of bank collapse.