What Is a Wind Farm? | Wind Farms Definition

With the cost of electricity continuing to rise, it makes sense that more people are investigating alternative sources of energy. While energy sources like wind farms and solar energy once seemed out of reach for the ordinary person, they are now becoming more mainstream and affordable.

However, many people are still unfamiliar with how wind farms work and wind farm pros and cons. While windmills are so everyday that people don’t think twice about them, wind turbines and wind farms are still outside of the norm. Therefore, we must first answer the question: what is a wind farm? 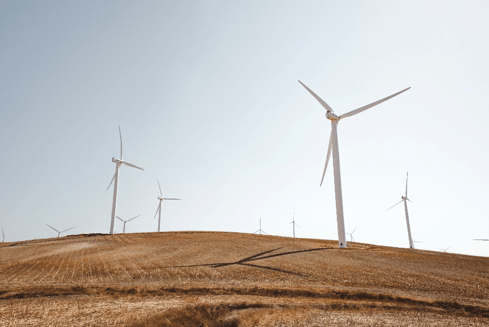 Based on this wind farms definition, it’s clear that a wind farm isn’t for individual use but for large scale energy production. However, as we enter an age in which alternative energy is vital to our future, it’s still meaningful to ask the important questions, such as “What is a wind farm?” and “How do wind farms work?” The more we know about wind farm advantage and disadvantages, the better we will position ourselves for the future.

What Is a Wind Farm? | Wind Farm Basics

According to the Union of Concerned Scientists, wind is the “fastest growing source of electricity in the world.” As of 2015, there were 88,000 wind-related jobs in the United States, with $128 billion spent in wind industry investment over the last 10 years. Globally, there are 1.1 million jobs created by the wind industry. 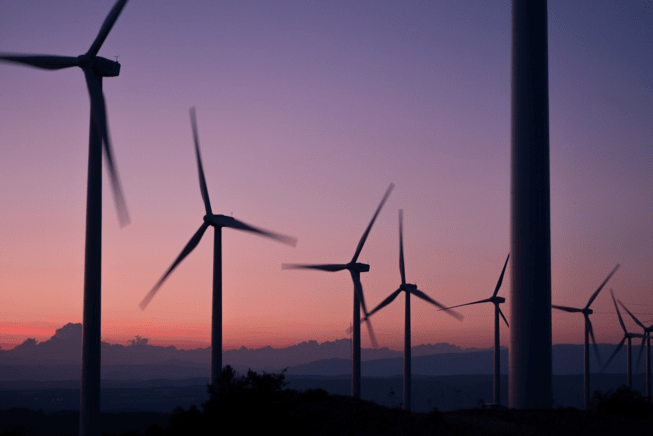 At last count, there are approximately 1,000 utility-scale wind projects or wind farms across the United States, according to the American Wind Energy Association.

There are over 49,000 wind turbines and more than 500 wind manufacturing facilities. An estimated 3.7% of the world’s electricity is now supplied by wind power, according to the Global Wind Energy Council.

What matters most when considering wind farm pros and cons is how effective they are at producing electricity. There are several factors that affect how wind farms work:

We will take a closer look at some of these features, as well as additional wind farm pros and cons. The important thing to realize is there’s a strong incentive for companies and individuals to investigate wind farm advantages and disadvantages and how best to put wind farms and wind energy to work for them.

What Is a Wind Farm? | How Do Wind Farms Work?

Before we can understand wind farm pros and cons, we must first have a basic grasp on how wind farms work. Since a wind farm is made from several wind turbines placed in one location, it’s important to know how a turbine operates and the principles of wind energy.

Wind energy is the process of using wind to generate some type of power. For centuries, wind has been used for simple tasks such as sailing and flying kites, and through the power of windmills to perform tasks like pumping water.

Wind turbines located on wind farms take the process further. A wind turbine converts the wind’s kinetic energy into electricity as the wind turns two or three blades around a rotor. The rotor then spins a generator to create the electricity.

Wind turbines also come in different sizes, depending on their use. The type of turbines that make up a wind farm have the largest blades and can generate 5,000-8,000 kilowatts of electricity. Smaller turbines for home use generate 10 kilowatts.

There are 2 types of wind turbines:

The horizontal-axis turbines are the ones most people are familiar with, which have three blades similar to a giant fan. Some of the largest turbines are:

Vertical-axis wind turbines are similar in appearance to large egg beaters. They are generally used for residential purposes and smaller wind projects as opposed to wind farm operations.

Another option for the location of wind farms is on the ocean. What is a wind farm when it’s located offshore? Basically, an offshore wind farm works the same way, except it utilizes the ocean wind, which tends to blow harder and more consistently than on land.

According to the Bureau of Ocean Energy Management, just a few miles an hour of increased wind speed can produce significantly more electricity.

What Is a Wind Farm? | Wind Farm Pros and Cons

Wind farm pros and cons are similar in nature to other forms of alternative energy, but there are some wind farm advantages and disadvantages that are unique to the wind industry.

Land owners who rent out their land for wind farms can make money. They can also make money by allowing the government to install wind turbines on their land.

When looking at wind farm pros and cons, it first appears that the advantages make the disadvantages null. However, there are some drawbacks.

When looking closely at wind farms pros and cons, you can see that there are real concerns, despite all the advantages of utilizing wind energy.

What is a wind farm without enough wind? The fact that wind is not constant in certain locations means that not everyone can benefit from wind energy. Also, wind farms require a large amount of open area, which is not always available without the removal of trees and other foliage.

According to Energy.gov, the building of wind farms has the potential to reduce habitat for wildlife. Another concern is the spinning blades of the turbines pose a thread to birds and bats.

Though actual data of avian deaths is not readily available, there are ongoing studies on the effects wind farms have on wildlife.

An understanding of wind farm pros and cons in not complete without looking at financial concerns. Though costs are low once wind turbines are installed, up-front costs are a concern for anyone seeking to utilize wind energy.

Commercial wind turbines such as those found on wind farms are 2 MW in size and cost around $3 million-$4 million. The cost varies based on:

Wind turbines that are smaller for home or farm use require a 10 kilowatt machine and run $50,000-$80,000. There are often tax incentives available, but even with credits, the turbines are often out of reach for the average consumer. According to Windustry.org, wind energy receives fewer subsidies than other forms of energy.

Also, local zoning ordinances come into play. Due to height restrictions, wind turbines are not always feasible. People who live near wind farms also cite noise pollution issues, which are important to people looking at wind farms pros and cons.

When considering wind farm advantages and disadvantages, all these factors are important before deciding that wind energy is the best option for a city or for personal use.

Popular Article: Top Credit Cards for Students with No Credit or Bad, Poor or No Credit History

What Is a Wind Farm? | Wind Energy for Personal Use

How do wind farms work for personal use? When utilizing wind energy for a home or small business, you will not have a wind farm but instead have one wind turbine.

Wind energy is a good fit for people who are:

Wind energy is a viable choice and should be considered along with solar power for consumers who are looking for alternative sources of energy to power their homes and small businesses.

What Is a Wind Farm? | Conclusion

After taking a close look at wind farm pros and cons, it is clear that the advantages of wind energy are numerous. There is a sense of excitement in the industry as it grows, particularly surrounding offshore wind farms.

The Department of Energy found that there are over 320,000 square miles offshore that have the potential to generate 4,150 gigawatts of electricity, according to Popular Science.

The next generation of wind technology aims to address some of the wind farm pros and cons, such as costs and capacities. Innovations include manufacturing turbines to allow them to collect real-time data, and other ways to maximize the power of the wind.

Between government subsidies and research, along with commercial development and innovation, wind technology is on the rise. Once you learn the wind farms definition and weigh out wind farm pros and cons, you may just decide that an investment in wind energy is a solid choice for your future.