What is a payday loan, and what is the process for getting one?

Also what are the pros and cons of payday loans? Are there specific limits and requirements for how much can be borrowed?

Intro: What Is a Payday Loan? (Payday Loan Definition & Process)

Payday loans carry a mixed reputation. For some, they are lifesavers while for others they are an example of legal predatory lending.

What is a payday loan? It is an unsecured loan for a small amount given to a borrower for a short period of time.

As the name suggests, payday lending is designed so that the borrower theoretically repays the money after he/she receives his/her next check. The money is meant to tide that individual over until then.

That said, this payday loan definition is flexible. While most lenders require some proof of employment through paystubs or even proof of income via bank statements, this is not practiced across the board. 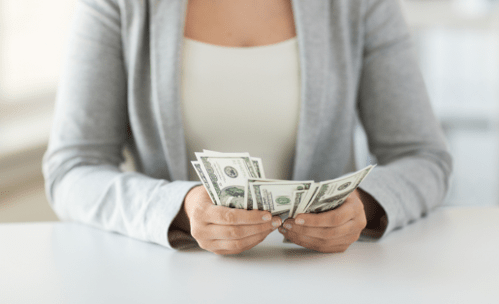 The best way to define payday loans in a general sense is to outline the process normally followed during payday lending. A borrower will seek a payday loan for a small amount usually ranging from $100 to $1000.

A thorough lender will require some documentation that proves the borrower’s employment and income status. This is to ensure that the borrower is capable of not only paying back the loan, but repaying it in a short period of time as well.

What is a payday loan’s lending period? Normally, the agreements are for less than 30 days since the borrower is supposed to use his/her next paycheck to pay off the loan. Payday lending institutions, in most cases, will take a post-dated check for the full loan amount plus the fees.

Once the loan period has ended, the borrower will come back to the lending institution and pay off the outstanding balance plus the fees. If the individual does not do this, the lender cashes the post-dated check.

The key parts of a payday loan definition are the relatively low amount borrowers seek and the shorter time of the lending period. But to properly define payday loans, one must also pay proper attention to another significant feature of payday lending: the interest rates.

Not including super generous family members, all lenders charge interest, and payday lending businesses are no exception. Interest is the cost of borrowing any person or institution’s money. In order to stay competitive, banks ensure their interest rates are either at par or better than their competition. As a result, most of the time, these rates are the same.

These interest rates are not only competitive across banks – they are competitive across products too. Among the popular banks, the rates for credit cards and lines of credit will be similar. This is, of course, contingent on a person’s credit, but, naturally, if an individual with good credit is offered a better rate at a competing bank, his/her home bank will have more incentive to match that rate.

Unless it’s working in their favor (like in a high-interest savings account), people hate the word “interest” and will hustle to find the best possible rate. Payday lending already carries a slightly negative connotation, so in order to circumvent this additional negativity, payday loan definitions cleverly refer to interest rates as something else: fees.

Deciding to define payday loans in terms of fees as opposed to interest rates is a sly move. In the public eye, interest rates are seen as a negotiable number whereas fees are perceived as a much more solid amount. Additionally, this language uses a consumer’s lack of financial knowledge against them.

For instance, if a payday lending institution offers a borrower $100 of money for a $15 fee, that seems good. For the privilege of getting a chunk of money without an extensive credit check, 15% sounds okay.

However, when you consider this in the context of such a short lending period, the APR of that loan is 391%. To put that into perspective, the APR on most credit cards ranges from 14–20%. In a nutshell, charging an expense to your credit card or getting a cash advance from a credit card is a cheaper alternative than turning to payday lending.

To account for this, payday lenders participate in some clever comparisons. Comparing their “fees” to the interest rates of other lenders would not be a good move strategically. Other banks are typically forced to do that because the consumer demands it, but this is not expected from payday lending institutions. Instead, lenders will define payday loans and rates in comparison to the penalties and fees a person will incur from his/her expenses if he/she does not take out a payday loan.

Not only is this a smart tactic, it plays into the fear and financial insecurity of those seeking payday loans. Fifteen dollars on $100 compared to $100 put on a credit card would make payday lending sound ludicrous. But a payday loan definition that compares that $15 to a roughly $32 NSF charge on a $100 bounced check or the outrageous amount one would pay in overdraft fees makes payday loans sound very attractive.

What Is Payday Loan Regulation Like in the United States?

American payday lending is regulated on a state-by-state basis, but there is some regulation on the federal level as well. The degree of regulation varies by state: some are permissive and others have a mixed regulatory environment while in a handful of states payday loan storefronts are completely forbidden.

According to a 2012 study on payday lending conducted by Pew Charitable Trusts, payday loans acquired from all sources are 75% lower in such restrictive states than they are in permissive states. It notes that online payday loan usage is slightly higher in restricted states, but the amount is so small that it is considered statistically insignificant.

According to Pew’s payday lending research, online payday loan usage is similar in both kinds of states, and consumer advocates argue that many people do not trust online payday lenders, making their options limited. Falling victim to scams or possible identity theft are among the main reasons borrowers prefer storefronts to online payday loans.

What is payday loan regulation like in terms of the fees? Naturally, it would be difficult to regulate lending in general. People engage in small-scale lending all the time on both a formal and informal basis. Instead, payday lending regulations set limits on things like the amount of fees a payday lender can charge on a loan with a certain period. Some states even regulate payday loans on the borrower’s end by limiting the number of payday loans each consumer can take out at one time.

What is payday loan regulation like in terms of collection? Payday lenders are required to follow the industry standards that other financial institutions do. Lending regulations do not just limit interest rates. They also protect consumers who cannot pay back their money within the agreed amount of time. Payday lending is expected to adhere to this as well.

The Fair Debt Collection Practices Act (FDCPA) protects consumers from lenders. It dictates the appropriate times to contact a borrower (presumably between the hours of 9am and 8pm unless stated otherwise). It also sets boundaries on where a lender can contact a debtor. For instance, a person’s place of work is generally considered off limits. It also forbids abuse, threats, and harassment. Additionally, lenders cannot publish lists of borrowers with outstanding debts with the exception of reporting to consumer reporting agencies or other appropriate entities. These rules apply to payday lending as well. 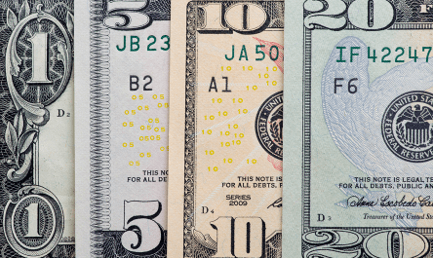 Pros and Cons of Payday Loans (Socioeconomic and Personal Impact)

According to the study on payday lending conducted by Pew Charitable Trusts, 72% of people who access payday loans have an annual household income of under $40,000. 85% of those borrowers do not have a degree and 58% rent.

While it is recognized that people from all walks of life access payday loans, a significant number of people who rely on them have low incomes. For such groups, the pros and cons of payday loans are difficult to measure. In many of these communities, access to personal banking is limited, and even where there is access, individuals may find it difficult – if not impossible – to get approved for credit. Without family or friends to borrow from and expenses to pay, payday lending can be the only option.

Contrary to popular belief, most people who seek payday loans are not covering emergency expenses. While payday lending is certainly helpful for unexpected costs, like medical bills or car repairs, in most cases, payday loans are used for everyday expenses. They use these loans in the truest sense of the name: as a way to get themselves to the next payday.

Pros and Cons of Payday Loans: No Other Option

A consideration of the pros and cons of payday loans illustrates one of the key features of desperation: the cons far outnumber the pros, but one pro is much heavier. Usually that big pro is survival or preventing immediate hardship.

A list of the pros and cons of payday loans include many entries in the cons column. The significantly higher interest rate is one. The fact that you are most likely to roll over your debt-incurring additional fees and possible penalties is another. The chances of carrying over a debt are extremely high.

This makes sense. If someone is struggling to pay for regular expenses with his/her usual paycheck, what’s to stop that individual from quickly facing the same problem very quickly down the road? Turning to payday lending can spur a vicious cycle that results in more loans and more fees. If the post-dated check you wrote bounces or there is not enough money in your account for automatic withdrawals, you will find yourself not only paying additional fees to the lender but NSF fees to your bank as well.

Popular Article: What Is a Decent Credit Score? Get All the Facts! (What Is Bad Credit?)

Pros and Cons of Payday Loans: Turning to Alternative Sources of Money Is the Best Option

Avoiding payday lending is the recommended option. Some ideas for quickly coming up with cash include:

If these options do not work out, and you are forced to turn to payday lending, prioritize paying it off on time. Most importantly, start implementing drastic changes to your spending and lifestyle so that you do not get caught in a devastating cycle of debt.

Read More: Definition of Bankruptcy – How Does Bankruptcy Work? (How Often Can You & How Long Does It Take)