How Virtual Reality Is about to Change the World, Including You 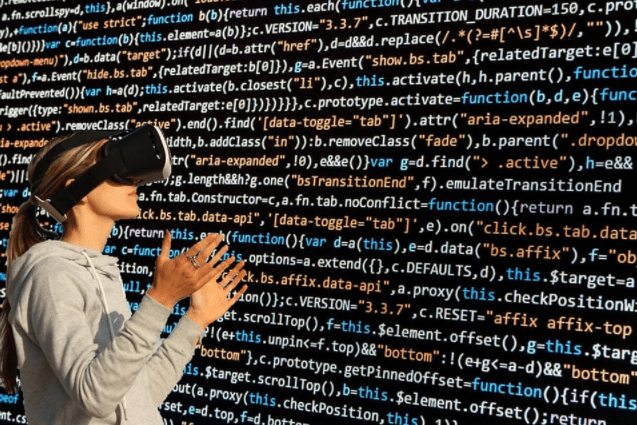 Facebook paid more than $2 billion for the acquisition, proving that the major players in the tech world are considering virtual reality an important and growing part of the technological revolution sweeping across our world.

Image Source: How Virtual Reality Is about to Change the World

Being able to see into the future has long been a fantasy of science fiction enthusiasts. With the development and advancements of virtual reality technology, though we may not actually be able to see the future, we can definitely experience what the future might be like.

Most people equate virtual reality with the gaming world. Serious gamers have graduated from playing on 2-D screens and now immerse themselves in the worlds where their games take place. PlayStation, owned by Sony, is planning on launching its own virtual reality gaming console by April 2017.

The gaming community has realized that there is a huge difference between pushing buttons on a controller to steer a car in a racing game and actually feeling the vibration on the steering wheel and the wind racing past during the Indianapolis 500 in virtual reality.

But virtual reality headsets and programs aren’t only for the gaming world anymore. Other tech giants such as Samsung and Google, not necessarily known as gaming giants, have already launched their own versions of virtual reality. From journalism to architecture; mental healthcare to military uses, virtual reality is finally being seen for what it is—an opportunity to bring a vision of the future to people around the world.

Watching the six o’ clock news can get pretty nerve-numbing sometimes. Another murder in downtown Chicago; a bomb in a Syrian marketplace kills civilians; a hurricane in Central America leaves thousands homeless: there is only so much “bad news” that we can assimilate before we are left emotionless and anesthetized.

Dozens of journalists around the world have remarked how frustrating it is for them to travel to some remote part of the world to take pictures of  tragedy or famine or natural disaster only to have their article skimmed over by the nightly news.

Direct experience obviously produces more impact, and for journalists covering wars, natural disasters, and other world events that touch the deepest regions of the human heart, they often become intensely and emotionally involved in the events they are covering.

For the casual observer of the nightly news, however, the 10-second clip of aerial bombings in Syria or a refugee camp in Africa simply don’t have the same emotional sway, and viewers often forget about them shortly after viewing.

This lack of emotional response to distressing and traumatizing events around the world also plays a major part in how people react politically to certain events. For example, during much of 2015, almost every week, a new story about a makeshift boat carrying hundreds of Syrian and other Middle Eastern refugees drowning in the Mediterranean Sea emerged.

As they try to escape from brutal civil wars and dictatorial governments, these Middle Eastern refugees risk their lives simply by trying to get to Europe.

Because the casual observer of the nightly news, however, has been bombarded by these stories, and because he or she simply can’t imagine the reality that the refugees are trying to escape or the plight of crossing a stormy sea on a blow-up raft, many in developed nations have largely ignored the refugee crisis.

What if the casual news viewer, however, was able to directly experience the civil war from which the refugees were fleeing or the horrifying experience of having a raft capsize in the middle of a stormy sea.

According to the UK’s Telegraph, “News reporters from the BBC to ABC News in the United States are trying out a new type of ‘immersive journalism’ using virtual reality—a way to bring the viewer right into a moment with them.” Immersive journalism may actually allow viewers to respond to catastrophic world events with more empathy and compassion.

These virtual reality representations of the arduous experiences faced by billions of nameless and voiceless people around the world could also be used by the non-profit sector in years to come as they seek to create genuinely empathetic responses in order to increase donations for different causes.

Architecture: Walk Through Your House before It Is Even Finished

For people who are in the process of building their home, it can be hard to translate the hieroglyphic language of an architect’s blueprints into a real understanding of what their home will actually look like.

Those miniature 3-D models aren’t exactly telling and often appear more like dollhouses than a representation of your future dream home. More often than not, architects and their clients simply don’t share the same vision, and this can lead to frustration for both the builder and the buyer.

Virtual reality, however, can allow people to visualize their home and even walk through it while it’s still nothing more than a bunch of drawings on a piece of paper. These virtual reality walk-throughs can help architects and clients get on the same page when it comes to designing and building homes.

Instead of trying to imagine how the morning sunlight will enter the large bay window on the east side of your home, a virtual reality representation of your home can allow you to actually (or virtually) feel the first sun rays of the morning as they warm your living room.

Virtual reality then can let you explore your home and make any necessary adjustments before a hammer and nail are ever used.

In the field of mental health, anxiety disorders and phobias have long been one of the most difficult areas for mental health professionals to treat. Anxiety and panic disorders are on the rise in almost every industrialized nation, and the use of anti-anxiety medications like Xanax are increasing yearly.

One of the main problems that psychologists and other mental health professionals face is finding ways to get people to confront their phobias or other things that cause them increased anxiety. For example, a person who has an extreme fear of flying may be asked to pretend that they’re sitting on an airplane. Imagination, however, is limited, and for a person with a deathly fear of airplanes, their imagination may very well be prejudiced by their fear. The airplane they may imagine could only have one wing and have billows of black smoke coming out of the engines; not exactly conducive to overcoming their fear of flying.

Virtual reality representations, however, can place people in situations that may very well help them to confront their fears and phobias in a healthy manner. According to Time Magazine, virtual reality can create “animated situations that allow therapists to use immersion therapy with clients who have anxiety disorders, letting them virtually sit on a plane or ride in an elevator, for example.”

This immersion therapy could create a breakthrough in mental health. For people who suffer from anxiety attacks when it comes to public speaking, for example, they can take small steps through virtual reality programs to overcome those fears that create very real mental health issues. 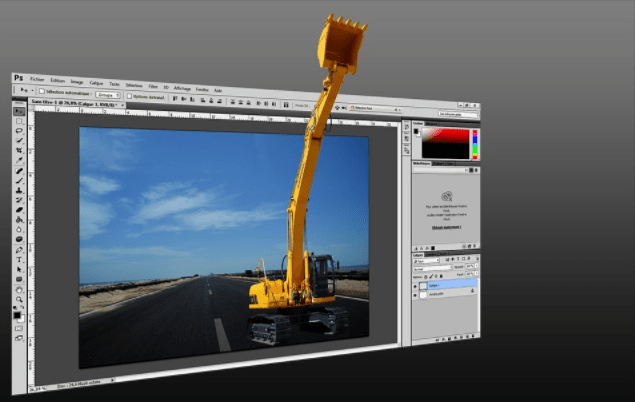 Additionally, virtual reality can also help doctors and surgeons prepare for risky and invasive medical procedures. In a recent BBC article, Maria Korolov, a journalist dedicated to researching and reporting on virtual reality mentioned the following medical use for virtual reality: “One recent example was a doctor [who] practiced surgery on a tiny baby’s heart. He took scans of the heart, uploaded them to the computer, and toured it with this little virtual reality headset, was able to plan out his surgery ahead of time, and saved the baby.”

Military: Know What You are Signing Up For

The military, especially in the United States and the UK, has been one of the main users of virtual reality for everything from recruitment to training. Before handing over the keys to a multi-million dollar tank to a brand-new army recruit, the military has developed a diverse set of virtual reality programs to help train new members in the use of expensive and potentially dangerous machinery.

The United States Air Force also uses virtual reality simulators to train new pilots in the use of complicated fighter planes and other advanced technologies.

Many young people who want to sign up for the military, may have a Hollywood version of what military life is really like. Instead of having them feel like Rambo or Arnold Schwarzenegger, many militaries around the world are using virtual reality simulators to let potential recruits understand what military life and combat is really like. In the future, other professions may also turn to virtual reality to evaluate potential employees.

Popular Article: LifeLock Reviews | Is It a Scam? What You Need to Know about Lifelock

Virtual Reality: The Next Frontier

As the tech giants continue to develop and improve virtual reality technology, more and more areas of our lives may begin to be influenced by virtual technology.

A recent Time Magazine article on virtual reality mentioned a few uses that virtual reality entrepreneurs have been promoting: “Ryan Holmes paid $15,000 to put a camera on the International Space Station so he can one day charge people $10 a month to see space in virtual reality; Ashley Granata is creating Pendnt, which allows people to try on clothing virtually.”

Virtual reality today is much more than simply a way for gamers to get more out of their games. In the coming years, virtual reality will continue to transform a number of industries and aspects of our lives, helping us to visualize the future, better prepare for our jobs, overcome our phobias, and become more empathetic to the plight of others.