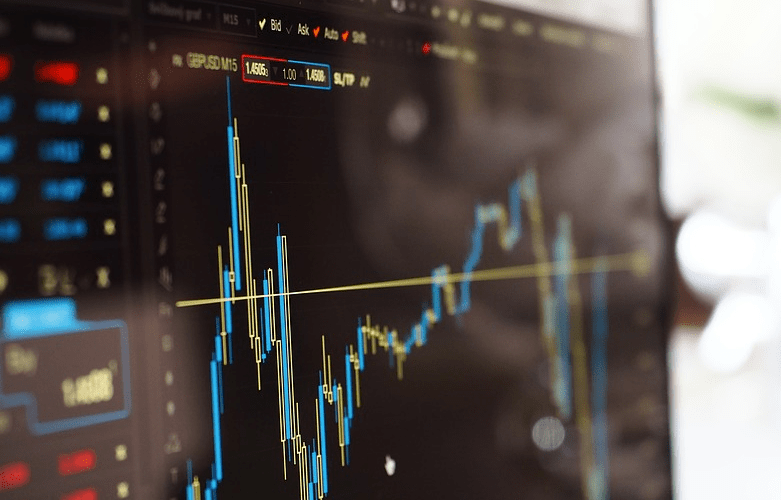 Vanguard and Fidelity are two of the best-known names in the consumer finance and investment worlds.

At first glance, these companies may seem very similar; however, on closer inspection of Fidelity vs. Vanguard, there are a number of significant differences that can help you decide which of these two firms is right for your investment future.

In this article, we will explain the similarities and differences of Vanguard and Fidelity and help you determine which might better suit your needs.

We will analyze Fidelity vs. Vanguard by:

Both Vanguard and Fidelity largely gained prominence through their mutual fund products. Nowadays, both companies offer robust online platforms (as well as telephone and in-person services) where investors can buy, sell, and trade funds and securities with the click of a mouse.

While both Vanguard and Fidelity are respected names in the investment industry, choosing between Vanguard vs. Fidelity means taking a closer look at the differences and similarities in how each company works, performs, and provides value for their investors.

Fidelity Investments was founded in 1946 by Edward Johnson II. To this day, the firm is owned by the Johnson family and employees. It is a privately-held firm and manages over $1,900 billion in over 480 mutual funds as of 2017.

When comparing Vanguard versus Fidelity, on the other hand, Vanguard has a different sort of ownership structure. It was founded by Jack Bogle, who is one of the biggest advocates for passive investing through low-cost index mutual funds.

He recommends that investors avoid Vanguard competitors and just let the indexes do their work instead of allowing active mutual fund managers to jump in and out of individual stocks at will.

For the average investor, Bogle believes it is hard to determine which companies are going to perform better, much less which fund manager is best at determining these successes. 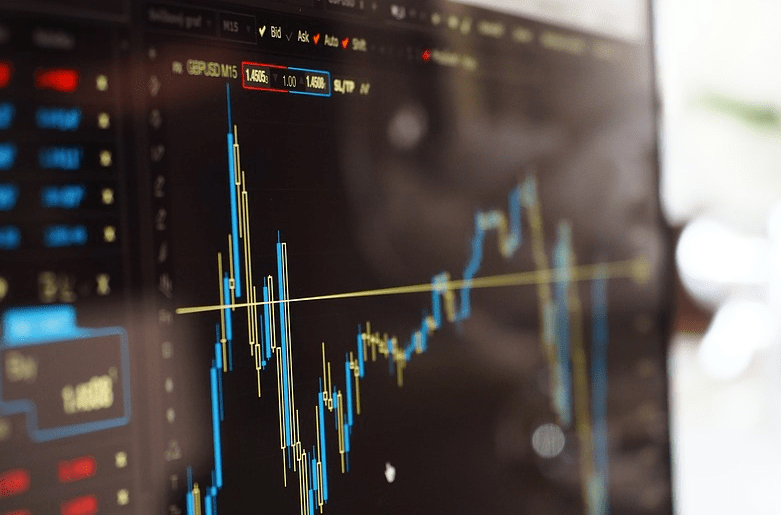 The numbers seem to back up Bogle’s strategy, as he disagrees with many of the strategies of companies like Fidelity. In fact, studies have shown that over 80% of fund managers failed to outperform their index benchmarks over a 10-year horizon.

Even Warren Buffett has recommended Vanguard’s index funds for his estate after he passes.

Another big differences here in the Vanguard versus Fidelity comparison is that the ownership of Vanguard is through shareholders. The company is owned by its funds, which are, in turn, owned by the fund shareholders.

Vanguard competitors are often owned by outside shareholders who seek to make a profit. This is one of the reasons that Vanguard can charge very low fees for its funds, especially its index funds.

On the other hand, companies like Fidelity have to worry about profitability and pleasing their own shareholders – not just those invested in their funds.

There are a number of different fees to discuss when talking about online investing. First, we will talk about mutual fund expenses regarding Fidelity vs. Vanguard.

However, there are expenses to the fund which are then passed onto investors.

These fees are expressed as “expense ratios.” This is the amount of fees that are taken out based on your total investment in the fund.

Index funds, by contrast, simply mimic the composition of a particular group of stocks or bonds. For example, an index fund might model its makeup after the S&P 500 or an index of low-cap US stocks.

Expense ratios are where the differences between the Fidelity vs. Vanguard ownership structures become important.

In terms of expense ratios for Vanguard versus Fidelity, Vanguard provides the lowest in the industry – much lower than companies like Fidelity or other Fidelity Investments competitors.

On the other hand, Fidelity offers a similar S&P 500 index fund, called the Fidelity 500 Index Fund (FUSEX). The expense ratio here is 0.09% or a 0.045% expense ratio for investments over $10,000 (FUSVX). Fidelity brokerage fees are pretty low, but they are still much higher than Vanguard’s.

If you are talking about hundreds of thousands of dollars, these few basis points can make a big difference in the battle of Fidelity vs. Vanguard, especially over the course of many decades.

In addition to mutual funds, both Fidelity and Vanguard offer the ability to buy individual securities.

As you might guess, the overall philosophy of Vanguard is based on index funds, so Vanguard is not the ideal place for purchasing individual stocks when compared to companies like Fidelity. It’s just not its brand.

Nevertheless, the company does offer the service in order to keep up with the larger Vanguard competitors.

If you are buying stocks at Vanguard, and you have less than $50k in your brokerage account, Vanguard trading fees will cost you $7 for each of the first 25 trades per year and $20 per trade thereafter. This is in addition to an annual fee of $20.

Vanguard trading fees are lower if you have more than $50,000 invested in your brokerage account, making Vanguard a reasonable competitor to companies like Fidelity.

The structure for Fidelity trading fees is very simple. The company charges $4.95 per trade, and there are no annual Fidelity brokerage fees. While some Fidelity competitors offer lower fees, the bottom line is that Fielity trading fees are a bargain compared to the quality of the brokerage.

Fidelity is the big winner here compared to Vanguard if you plan to purchase a lot of stocks and have a relatively small brokerage account. This is a key area where Fidelity Investments competitors can fall short.

Offerings of Stocks, Bonds, and Funds – Vanguard vs. Fidelity

While Vanguard offers a number of diversified and index funds, it only has a few actively-managed funds when compared to Vanguard competitors.

This is where Fidelity shines among Fidelity Investments competitors. The Fidelity Contrafund (FCNTX – 0.68% expense ratio, $2,500 minimum) is a diversified fund based on large-cap growth stocks.

Its professed approach is to invest in companies that the fund manager expects will have multi-year growth, not reflected in the current stock price.

This is a big advantage for Fidelity.

The Contrafund, run by Will Danoff, has beaten the S&P 500 since inception and has a 5-star Morningstar Fund Rating. The Contrafund alone is the reason many people choose to invest in the company over the biggest Fidelity competitors.

However, there are downsides. As they say in the small print, past performance is no guarantee of future results. And if the fund manager retires, you may have to reevaluate your investment strategy and perhaps exit the fund for one of Fidelity’s competitors.

Usability of Platform – Vanguard vs Fidelity

Both Fidelity and Vanguard offer mobile apps where you can monitor your account as well as research, buy, and sell securities.

For the mobile apps of Fidelity vs. Vanguard, Fidelity has the edge. It has seemingly invested more effort in its mobile offerings than Vanguard.

While both companies offer basic functionality, it is clear that the interfaces for Fidelity mobile services are much cleaner and easy to use than Vanguard or some other Fidelity competitors.

The Vanguard app has a somewhat outdated interface and has gotten several negative reviews on the iTunes Store. If mobile functionality is important to you, Fidelity is the way to go. Other Vanguard competitors also offer superior mobile experiences.

However, this is in keeping with Vanguard’s philosophy. If you are following the advice of Jack Bogle, you probably don’t need to view your investments on the go. In fact, he might even say that it is a bad idea to monitor your investments on a daily or hourly basis with companies like Fidelity.

In a similar vein, Fidelity’s web platform is, again, a bit more robust and slicker than its Vanguard counterpart. If appearance and user interface is a big deal to you when comparing Vanguard vs Fidelity, it would be better to go with Fidelity.

Both companies have new robo advisor offerings to compete with upstart companies, like Betterment and Wealthfront. These Fidelity and Vanguard competitors are targeting the newer generation of investors, making investing easy, accessible, and, dare we say, fun?

However, companies like Fidelity and Vanguard have taken some steps to curtail this advantage through the Fidelity Go offering and Vanguard’s Personal Advisor program.

It should be noted that these programs are currently limited to a small number of users and are somewhat more expensive than the offerings of Fidelity competitors Wealthfront and Betterment.

But, as these platforms evolve, we fully expect to see these fees and expenses reduced and the features updated in the coming years.

As the platforms of Vanguard, Fidelity, and companies like Fidelity and Vanguard continue to become more refined, we will likely see an increased push in order to try to secure that younger demographic.

It will be particularly interesting to see how the Vanguard program shakes out since the whole “set and forget” Vanguard philosophy that it uses to compete with companies like Fidelity is similar to that of low-touch robo advisors in the first place.

It is unclear how Vanguard could make robo advisors work for it, except by making more slick technological solutions. However, technology has been one of the areas in which Vanguard has thus far fallen short when compared to Vanguard competitors.

Thus, it will take a great investment of time, money, and effort in order for Vanguard to catch up or surpass competitors in the robo advisor space.

Conclusion: Vanguard vs Fidelity | Which Is Better For You?

Depending on your needs, you might find that the question of Vanguard vs. Fidelity has an easy answer.

Here are the ideal customers for each platform. Where do you fit in?

With these thoughts in mind, let’s make one final thing clear. No matter which firm (Fidelity vs. Vanguard) you choose, you will be working with a high-integrity, well-managed company with a great reputation.

It’s all a matter of taste if you prefer Vanguard vs. Fidelity.

And, if it comes down to it, you can always try one and move to the other if you don’t like it. After all, it’s your money and your future. Just make sure you feel comfortable and in control, no matter what you choose.