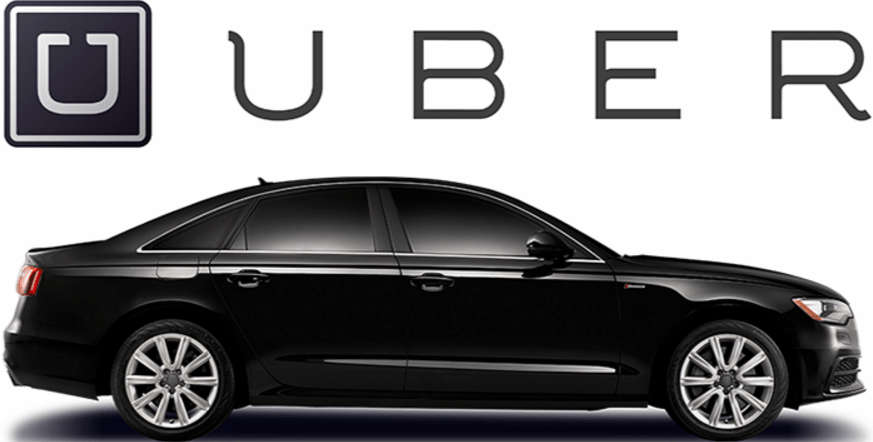 An Introduction to the Sharing Economy: Uber Car Service Review

As technology and society change, so does the ways in which we make our money. The jobs of today are markedly different from the jobs of previous generations, and the sharing economy has played a significant role in this change.

Companies like Airbnb and Uber have allowed people to make a living using their everyday assets, like their car or home. Uber allows private drivers to use the Uber platform to find people looking for rides in their area. Simply put, they are like freelance cab drivers. This Uber car service review will provide all of the information you need to decide whether becoming an Uber driver is for you.

Uber Review: How Does Uber Work?

Technically, Uber is not a taxi service in the traditional sense. It does not own cars and rent them out to drivers. Instead, it is a technology-based company that provides a platform where people can find drivers, and private drivers can find customers.

Uber reviews have been divisive since the legality of the service has been contested in many jurisdictions around the world. The app takes away from the business of many cab drivers that are required to comply with strict regulations within the cities they operate, creating an unfair advantage for Uber.

Uber reviews allow users to consult feedback about their driver from previous customers. People looking for a ride can check for nearby drivers using the app and set their pick-up location. The customer is given an estimated time of arrival, and the app sends the customer a notification when the driver is close to arriving.

Passengers can enter their destination before or during the ride and discuss preferred routes with their driver. The fare is automatically calculated and charged to the payment method that is connected with the passenger’s Uber account. Uber is designed to be a cashless system, which is why tipping is not expected for Uber drivers – although Uber drivers are not prohibited from accepting tips if they are offered.

Uber reviews are collected through the app. Both passengers and drivers are asked to leave an Uber review of each other after the trip has been completed. This mutual feedback system is meant to create a community of trust, responsibility, and accountability among Uber users – whether in the driver’s seat or the passenger’s seat.

Uber drivers are not required to work a specific number of hours. Driving for Uber reviews cite this as the biggest pro of working as an Uber driver. Students and those looking to make money, in addition to their regular job, find this a helpful source of supplemental income.

Although there are no set hours that Uber requires its drivers to work, there are specific requirements that Uber expects its drivers to follow. Failure to comply can result in Uber closing a driver’s account, effectively disabling him/her from using the Uber platform to find business.

Uber reviews its candidates to ensure that they meet specific qualifications. Uber drivers have to be a minimum of 21 years old, have a car that was made in 2000 or later (this varies depending on the state – in some states, the car might have to be made in 2005 or later), and they must also pass a background check. The requirements can vary based on the jurisdiction, but in the United States, they generally are:

It can take a few days before you are cleared through the background check. The car you use must also be able to seat four or more passengers.

One Uber driver’s review details a step-by-step process on how to become an Uber driver. The application process is conducted online. Applicants must provide their personal information so that the company can run a background check on them. Hopeful drivers are also required to undergo a vehicle inspection in order to verify that their car is in good shape. An applicant’s car can be inspected either at one of Uber’s inspection stations or by a third party.

Once Uber reviews the application and concludes that all the requirements have been met, a driver can get started picking up customers. The application is quick and, with the exception of going in for an inspection, most of the work is done online.

Uber reviews the ratings that drivers receive, and drivers can be kicked off the platform for consistently negative reviews. This underscores the importance of customer satisfaction to Uber. This has been one of the biggest emotional pain points it has addressed – the dissatisfaction of customers with traditional taxi services.

An additional perk is that drivers are not forbidden from driving for other ridesharing services. Uber drivers are considered independent contractors.

Don’t Miss: How to Start a Business in California (Key Factors to Consider and a Checklist)

Uber Drivers Review of the Service: Compliments, Complaints, and Suggestions

A driving for Uber review from the company’s inception may have pointed out the decent amount of money people could make driving. In recent years, higher commissions and lower rates for drivers have made the job less lucrative.

One driver, Bob, interviewed by PBS News said in his Uber driver review:

“Before the rate cuts [I was working] about 20 hours a week. Now I’d say it’s more like 10 to 12. It was lucrative in the beginning, when I first started, [but] now with the rate cuts, you basically break even. With some rides, you might actually be losing money. So, the money’s just, you know, not there — and you’re putting wear and tear on your car. For me, it’s not worth it to do so many hours.”

The same driver continues to say that it can still be lucrative if he only works occasionally, particularly during peak hours when surge prices are active.

“I do the more peak times, when it’s prime time, when there’s a surge, that basically is worth it…I will continue driving absolutely. I still like doing this, and I’m not losing money. Unless there’s another fare cut, which would mean I would be operating at just about break even point. So, then it wouldn’t be worth it.”

When the demand for drivers overwhelms the number of drivers that are available, the price of Uber shoots up to account for this imbalance. This usually occurs around holidays (i.e., New Years) or during bad weather like a snowstorm.

Uber reviews on a driver’s account can make or break that individual’s relationship with the company. The difficulty lies in the varied expectations among customers. Uber offers a variety of services.

The most commonly discussed service and the focus of this article is the UberX service, which matches customers to drivers with private vehicles. Its other service includes Uber Black, which is its higher-end product. As a result, it is also much more expensive. However, users who are not familiar with the differences and expecting the luxuries of Uber Black may give their UberX driver a lower rating.

Uber’s commissions have changed depending on the region. It has hovered around 20 percent, although the company has introduced fare increases of up to 25 percent (in some areas 30 percent) for new drivers. The increase in commission the drivers pay to the company has been accompanied by decreases in the fares – a point of frustration in Uber driver reviews.

As a new company, Uber has made itself a rider-focused service, but this has sometimes come at the expense of its drivers who have started to protest the company’s business model in big cities like London and New York.

Related: How to Start a Business in Texas (Key Factors to Consider and a Checklist)

Uber has run into a number of legal issues and opposition worldwide. This is because the company circumvents many of the regulations put in place for taxi drivers. The popularity and widespread usage of the platform in many cities has made it difficult for Uber to be completely eliminated.

The issue is specifically related to UberX and its use of private vehicles. France upheld a ban on the use of private, non-professional drivers in 2015. In some jurisdictions, drivers can face penalties for operating what is deemed an illegal taxi service. So, is Uber legit? Financially speaking, it is and has been extremely successful. Legally speaking, its legitimacy depends on where you live.

One of the biggest challenges to UberX’s legitimacy is its insurance coverage. While all drivers are required to have private insurance, this private insurance is not considered enough for accidents that may occur while somebody is using a ridesharing service.

Although Uber reviews indicate that Uber has always had backup insurance to cover its drivers and passengers in case of an accident, the policy was for drivers to submit a claim to their private insurance first, and if their insurance refused to cover the costs to come to Uber.

Since private insurance policies typically do not extend to covering you if you are charging people to ride in your car, drivers were implicitly encouraged to lie about their commercial activities to avoid losing their personal insurance coverage.

If you choose to drive for Uber, you have the backup of the company’s insurance (although conducting business operations from your car could jeopardize your private insurance). Alternatives to traditional personal insurance and commercial insurance are cropping up to address this grey area. That said, in many areas, there is still no concrete legislation regarding ridesharing services, although things could change in the near future.

Driving for Uber reviews indicate that it can definitely be a source of supplemental income. However, drivers should do the math to make sure they are not actually losing money or barely making a profit, especially considering the recent commission increases that have targeted new drivers. Potential Uber drivers should also weigh the insurance risks and stay up to the date on the legal status of Uber in their jurisdiction.