Top 7 Best Venture Capital Firms in the US | Ranking & Reviews 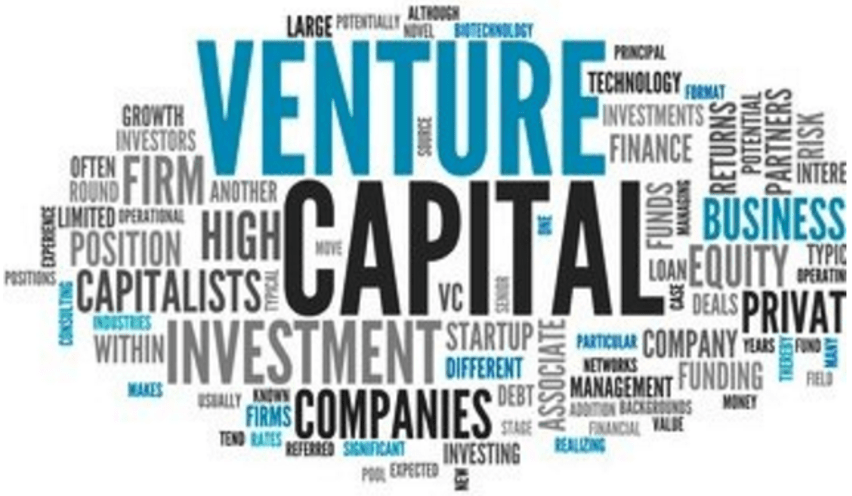 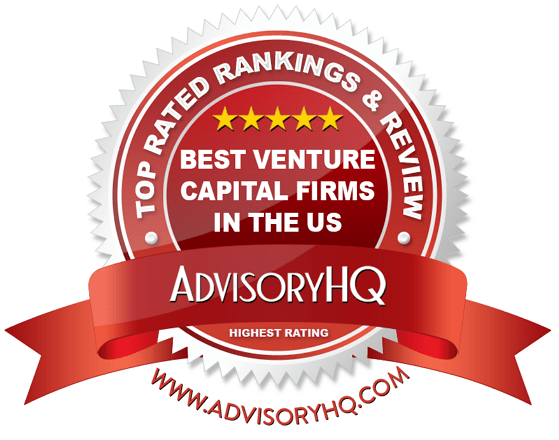 Award Emblem: Top 7 Best Venture Capital Firms in the US

See Also: 99designs Review | What Graphic Designers Should Know About Sites Like 99designs

List is sorted alphabetically (click any of the names below to go directly to the detailed review section for that advisor):

A venture capital firm, or “VC,” funds startup companies during the early stages of development, sometimes before the startups are seeing any profits. Generally, a startup will approach a venture capital firm and present a proposal for funding, including an idea, business plan, and timeline for profit.

This list is a complication of some of the biggest venture capital firms in the US and abroad. Keep in mind that actually sitting down for a meeting with one of these companies is extremely difficult.

If the venture capitalist firm sees potential for profit in a particular startup, it may offer funds so that the new company can hire new people, invest in research or otherwise invest in its business so that it may eventually see profits.

A VC will fund a company in exchange for a stake in the business. Different VCs tend to invest differently; for example, some take a larger stake in companies than others. This is because funding a startup is a huge risk – not every technology company becomes the next Uber. Every entity has its own strategy.

Venture capital firms will generally have access to one or several funds that they use to invest in startups, and those funds are private equity funds that come from a variety of sources.

Venture capital firms may also supply a startup with business expertise that it lacks. Often, the startup brings the idea and the creativity, and a venture capital firm may fill in the blanks when it comes to business dealings and experience.

This is the initial stage of the business. No product is available to market yet, and the business may merely exist as an idea or proposal. Funding at this stage tends to be lower than subsequent stages as costs are still relatively low.

This stage may comprise several sub-stages, but the important aspect of this stage is that the company has moved beyond a mere idea and has set action and processes into motion. Funding during this stage is normally more than seed stage funding because costs have naturally increased.

During the later stage, funding is provided when a product has been placed into the market, though the new company may not yet see profits. The company is still a private company and not publicly traded.

When researching venture capital investments, one may also come across the terms Series A, B or C funding. Similar to seed stage, early stage, and later stage, series A, B, and C refer to the stage of the business that is receiving funds.

This refers to a stage of development where the startup has begun some movement. Series A funding should help a company launch a product into the marketplace and gain customers or users. Series A may bring the initial seed from an intangible idea to a money-making business.

Series B moves beyond the first launch to market. Series B funds are generally used to increase users, open up to new markets, and increase profits. For example, sales teams and advertising spots may be funded with Series B funds.

Series C funding may seek to seriously increase the size of the company. Such funds may be used to buy competitors or to expand to entirely new markets and locations. Series C funds are not limited to venture capital firms and may come from a variety of sources.

Most venture capital firms invest in specific industries. For example, some firms are willing to fund health care and technology companies, and other firms focus solely on technology or software-based companies.

An angel investor is often a family member or friend who, like a venture capitalist, invests in a startup in exchange for a stake in the company. Such investors may also be a business entity but it commonly is a high-net-worth individual in a founder’s network.

The relationship between a founder and angel investor is often much different because the investor has a personal connection to the founder and, thus, is not merely focused on the profit potential and numbers game. For this reason, the terms of such deals are often more favorable for the founder than deals with venture capital firms.

To meet the Securities Exchange Commission’s standards for an accredited investor, an angel investor must have an annual income of at least $200,000 and a net worth of at least $1 million.

Related: Where to Donate Clothes or Books in NYC | Details: Pickup, Drop-Off, Locations

What methodology does AdvisoryHQ use in selecting and finalizing the firms, services, and products that are ranked on its various top rated lists?

Below, please find the detailed review of each firm on our list of best venture capital firms. We have highlighted some of the factors  that allowed these firms to score so high in our selection ranking.

Accel Partners is a venture capital firm founded in 1983 by James R. Swartz and Arthur Patterson. The firm’s headquarters is stationed in Palo Alto, CA, and it has additional offices in London, UK and Bangalore, India.

Below are primary reasons we selected Accel Partners to be rated as one of the top venture capital firms.

Accel Partners has funded many social networking companies, such as Facebook and GoFundMe, and states on its website that such networking platforms have the potential to make change and opportunity.

The firm also funds companies involved in enterprise grade tools such as #Slack.

Many, many more names comprise the list of companies that Accel Partners has funded. For a more complete list, check out its webpage here.

In an interview with Tech Crunch posted on March 15, 2016, Accel Partner’s senior firm member Sameer Ghandi indicated that the firm enjoys making small seed investments of $500,000 to $8 million in seed and Series A deals.

He also indicated that the firm will invest an average of $35  million when funding growth stage entities, but investments may vary from $15 million all the way up to $70 million.

Andreessen Horowitz is a private venture capital firm working out of Menlo Park, California. The firm was founded in 2009 by Marc Andreessen and Ben Horowitz. This firm has $2.7 billion in assets under management (August 1, 2016).

Below are primary reasons we selected Andreessen Horowitz to be rated as one of the best venture capital firms.

The firm has made many more investments. Check out its portfolio page for a full list.

The firm also mentioned some areas of focus in a blog entry posted to its website in 2015. In that blog, entitled “16 Things,” the firm mentioned that it was watching the following markets:

Popular Article: HotelTonight Reviews & App | What You Should Know about HotelTonight’s Last-Minute Deals

First Round Capital is a venture capital firm that specializes in seed stage funding. The firm was founded in 2004 and operates from San Francisco, California.

Below are primary reasons we selected First Round Capital to be rated as one of the best venture capital firms.

First Round has set up “Pitch Assist,” a service that offers startups assistance with the pitch proposal presentations. The service helps with design, content, narrative, and more.

This firm has created First Round Network, an online social network made for company founders and employees to connect. This tool provides startups with a valuable networking and communication resource.

First Round puts on over 80 events per year that also serve as networking opportunities to help get the conversation going.

First Round has also set up an “Expert Network,” where startups may access industry experts for consulting services and advice.

Some of the startups for which First Round provided seed funding include:

This is only a sampling of the many, many more startups  that First Round has funded. For a more complete list, check out the First Round webpage.

Kleiner Perkins Caufield & Byers is a venture capital firm founded in 1972 and stationed in Menlo Valley, California. The firm also has offices in San Francisco, Shanghai and Beijing.

Below are primary reasons we selected Kleiner Perkins Caufield& Byers to be rated as one of the best venture capital firms.

This company is committed to environmental sustainability. Several recipient companies offer or are developing environmentally conscious products. Some of these companies include:

This firm also works with companies in industries like consumer and enterprise digital, IoT connected devices, and life sciences and digital health. Some of those companies include:

New Enterprise Associates is a venture capital firm with offices in Menlo Park, California and Washington, D.C. as well as in New York, Chicago, China, and India.

Below are primary reasons we selected New Enterprise Associates to be rated as one of the best venture capital firms.

The firm was founded in 1977 by C. Richard Kramlich, Chuck Newhall, Frank Bonsal, Mark Perry, and John Nehra. Its initial investment fund was a mere $16 million, but the firm now has 15 funds that total $17 billion in committed capital. In fact, New Enterprise is the world’s largest venture capital firm.

Its investments focus on technology and health care sectors. Technology investments involve software and services, systems, consumer and Internet, and energy. Some funded companies in the technology sector include:

And many, many more. For a  more complete list of health care investments, check out New Enterprise Associates’ health care portfolio.

Sequoia Capital is a well-known venture capital firm in Menlo Park, California. The firm was founded in 1972 by Donald Valentine. Investments primarily focus on startups in the energy, financial, enterprise, health care, Internet, and mobile sectors. 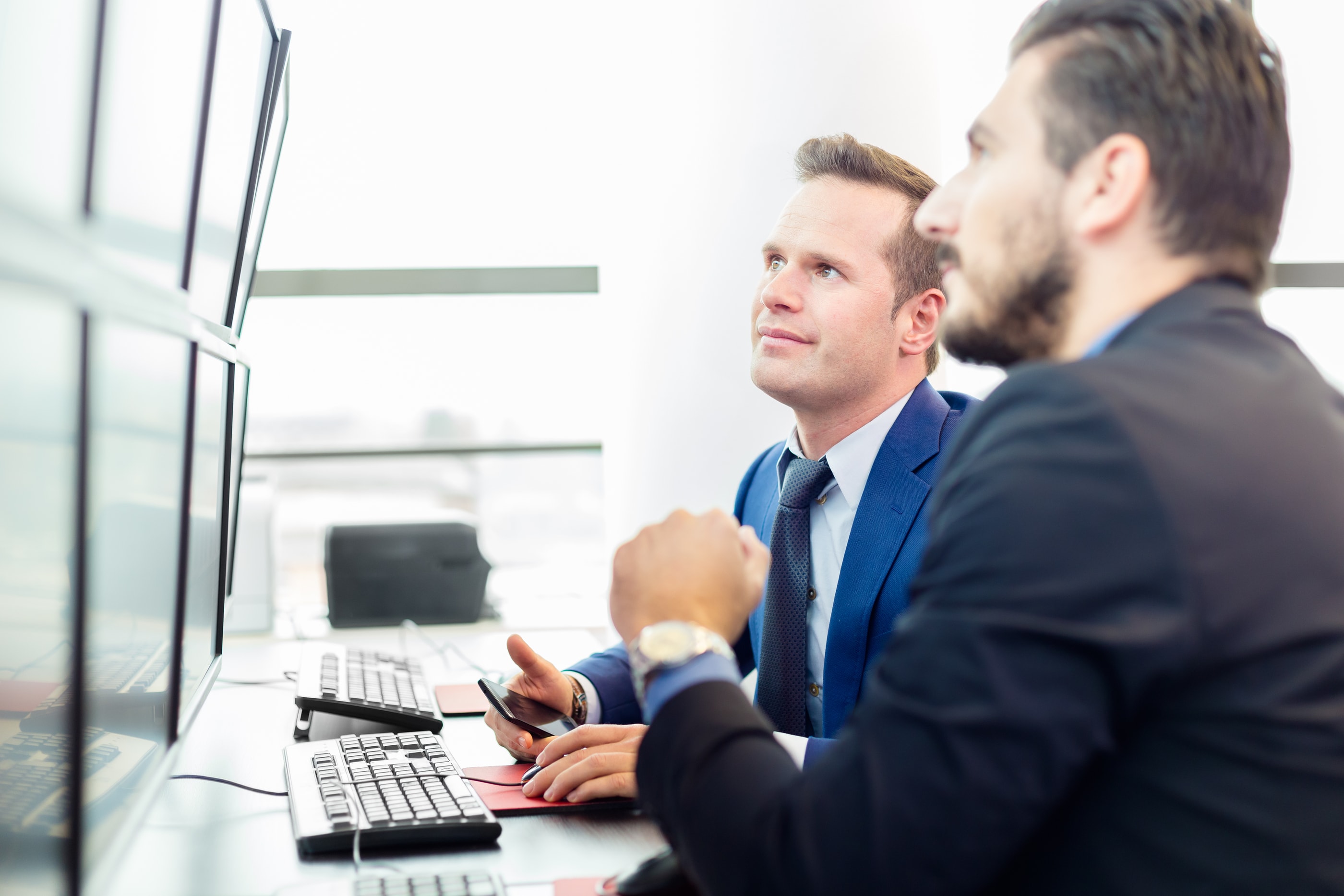 Below are primary reasons we selected Sequoia Capital to be rated as one of the top venture capital firms.

The collective public market value of all of the companies that were, at some point in their development, funded by Sequoia Capital, has reached a value of over $1.4 trillion.

Some of the companies it has funded include:

The portfolio consists of many more companies. Check out a more complete list here.

Union Square Ventures was founded in 2003 and is headquartered in New York City, New York. The firm manages $1 billion over several funds. It states on its website that it strives to invest in companies with the ability to “fundamentally transform” important markets.

Below are primary reasons we selected Union Square Ventures to be rated as one of the best venture capital firms.

Union Square Ventures invests in networks, infrastructure for a new economy, and open, decentralized data enablers. Some of the companies that Union Square has funded include:

For a more complete list of investments made by Union Square, check out its portfolio. There, it has also noted what series funding each company received from Union Square.

The firm manages $1 billion in capital. According to Bloomberg.com, Union Square tends to make initial investments of $1 million but may increase funding in later stages of portfolio company development and can reach up to $20 million. Partnership stake is normally around 15–20%.

Venture capital firms are an important piece of the economy. These firms are often the fuel that drive innovative ideas through to a tangible result. We’ve all heard the old story about how successful companies started in the founder’s garage, but how did those companies get from inside one tiny garage and out to the marketplace?

Not everyone can access funds through family or other means. If funds cannot be found in a person’s own network, a venture capitalist firm may be a viable option if it believes in the profitability of the potential business.