Best Place to Buy Bitcoins | Where to Purchase & Get Bitcoins 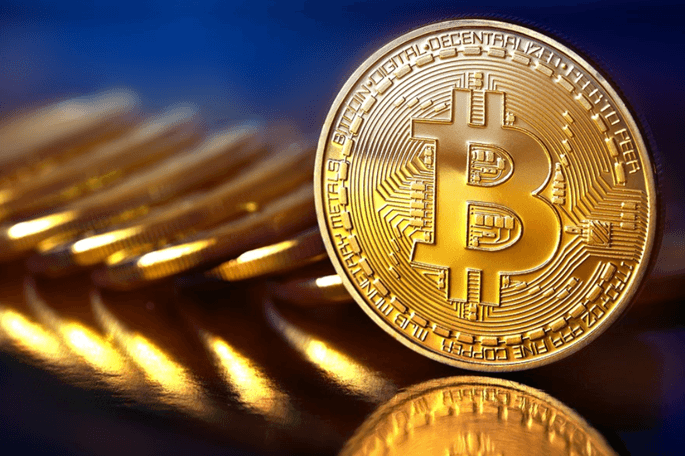 Intro – Buying, Using and Getting Bitcoins

A new form of virtual currency, known as bitcoin, is popping up in the financial sector as a way to create more secure transactions away from a centralized banking system, leaving a lot of us with questions about how the bitcoin technology works.

Such questions include: How do you purchase bitcoins? What can I buy with bitcoins, and which stores accept bitcoins? 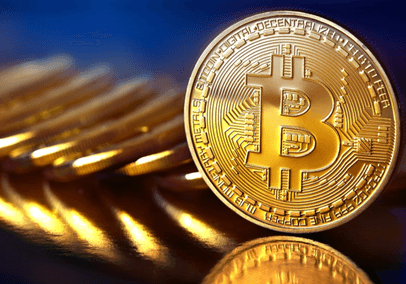 Education about these new forms of digital currency in the marketplace can be lacking, but the stores that accept bitcoins are increasing.

In order to help make sense of this new form of digital currency, we’re compiling a list of tips to help you figure out the easiest way to buy bitcoins, which places accept bitcoins, and the best way to get bitcoins.

But first, let’s go over what a bitcoin actually is.

What is a bitcoin?

A bitcoin is a type of digital currency that is tracked using “keys,” a type of encryption method that helps to track all the transactions made using bitcoins on a public ledger. There are no tangible pieces involved with bitcoin technology, only your personal key numbers – a public one and a private one.

Your public key serves as an account number, allowing others to send you bitcoins as payment. Your private key serves as your password to authorize your personal bitcoin transactions.

Your name doesn’t even have to be associated with your bitcoin transactions. It is a decentralized form of currency, which means no banks are involved and regulation on bitcoin use is currently minimal.

If you’re looking for a place where you can purchase bitcoins, you would be looking for an exchange; transactions where bitcoins are bought and sold are then recorded on the public ledger, but the ledger doesn’t have to disclose personal identifying details.

Because of the difficulty with tracing transactions, government agencies are still concerned about the potential for bitcoins to be used for illegal activities (money-laundering, selling illegal items, being used as unreported income).

The Financial Crimes Enforcement Network did put together guidelines for using bitcoins and other forms of virtual currency.

Now that we’re clear on the basics of what bitcoins are, let’s take a look at some tips you should be aware of before you purchase bitcoins.

(1) Know what you can buy with bitcoins.

For those new to the world of digital currency, one of the most pressing questions may be “what can I buy with bitcoins?”

You can’t pull them directly out of your pocket and hand them over at a cash register, so what do you do with them? What stores accept bitcoins? Many retailers accept bitcoin as a valid form of payment now.

The best way to figure out what companies accept bitcoin is to look for sites such as Spendbitcoins.com to see which stores you frequent will take this new type of tender.

The number of places that accept bitcoin is steadily increasing as this new form of currency surges in popularity.

One way to make good use of your bitcoins is to use them to purchase gift cards for specific retailers on sites like Rewardspay.com or eGifter.

For example, Amazon.com does not currently accept bitcoin payment directly through its website, but you can use your digital wallet to purchase e-gift cards through these sites for application directly to your Amazon account.

(2) How do you purchase bitcoins?

Before you take the leap into virtual currency, you need to make sure that you’re prepared to store your new bitcoins. You will need to first have a wallet available – a digital wallet.

There are three different types of wallets you can create:

Stuck trying to figure out where to purchase bitcoins?

There are several options for how to begin, but the fastest way to get bitcoins would be to purchase them through reputable exchanges. One of the most popular and easiest ways to buy bitcoin is through the Coinbase. You will start by creating your own bitcoin wallet to store your virtual money in, connect your bank account information to their server for making purchases, and then you’re all set to begin buying bitcoin.

There isn’t necessarily one place that’s best to buy bitcoins. Instead, you can take a look at all of the exchanges available on lists like this one from Bitcoin Exchange that lists all the available markets where you can purchase bitcoins alongside their current exchange rates.

The best place to buy bitcoins is going to vary depending on the market. Just as the stock market fluctuates, so does the value of the bitcoin.

Once you learn the basics of where to purchase bitcoins, you can actually purchase an ATM to set up your own exchange. To get started, you need a source of power, an internet connection, and a few bitcoins already stored in your wallet. You can then exchange your available bitcoin for any type of currency.

The best place to purchase bitcoins could be through the exchange that you set up. Certainly, this would be the most convenient way. As more places accept bitcoin as payment, this will become a useful method to purchase more bitcoin and exchange it into other types of currency.

This can prove to be a lot easier said than done though. Many of the ATMs are hard to find and, as a result, very expensive. They can range anywhere from $2,000 to $5,000 for your initial purchase. A new machine that recently released, known as Skyhook (pictured below), promises to make the issue of where to purchase bitcoins even easier. This new machine debuted with a significant cost savings compared to ATMs already on the market. Skyhook is currently being sold for only $1,000 dollars.

Using the ATMs, you can add in a percentage and minimum price that you will sell your bitcoins for in order to make a small profit for yourself.

This is the easiest way to get bitcoins for yourself and others while generating a little extra money for yourself to help offset the cost of the machine.

When others ask you where to purchase bitcoins, you have a quick and easy way to help them get started with virtual currency also.

Related: Top Ways in Which Fintech Companies Are Changing Our World

Apart from purchasing them, the next easiest way to get bitcoins would be to mine for them. The mastermind behind Bitcoin, dubbed Satoshi Nakamoto in his paper that proposed the use of digital currency, originally created only 21 million bitcoin, of which approximately 12 million have been uncovered.

The remaining pieces are still waiting to be found. The chart below from CNBC shows how quickly the current bitcoins in circulation have been discovered. It’s estimated that the final piece won’t actually be mined until the year 2140. 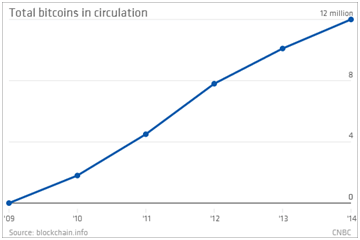 What Can I Buy with Bitcoins?

In order to mine for bitcoin, software hunts for the “key” to unlock the blockchain and validate transactions that are found in the public ledger. As a token of appreciation for allowing the software to run on your computer, miners are rewarded with new bitcoin and a share of the transaction fees from validation.

Unfortunately, it becomes more time-consuming and requires more power to continue to uncover new bitcoin. When it was first being mined, it was relatively easy and didn’t require much in the way of hardware. As the number of hidden bitcoin dwindles, the effort required to find it surges.

Mining can be an easy way to get bitcoins because it doesn’t require highly specialized skills, time, or attention to detail. In fact, most of the start-up necessities require no money at all. Here’s what you’ll need to get started with mining:

Popular Article: What Is a Blockchain? (Definition & Review)

Like the idea of mining but don’t have the right hardware or the money available to purchase it?

Those who don’t have enough power in their regular PCs to contribute much to mining are now joining mining pools. These pools utilize the combined power of several pieces of hardware.

It’s not the fastest way to get bitcoin, but a little bit of mining success here and there adds up. Shares are typically divided according to the percentage of help your computer was during the actual mining. Those with more powerful, more effective computers get a larger share of the profits.

The only cost is the electricity that it will take to run your PC for extended periods of time while the program runs. Currently, the payout for mining bitcoin makes up for the cost of electricity, but that may change as more bitcoin is discovered and mining becomes increasingly more difficult.

Figuring out how to purchase bitcoin doesn’t have to be complicated. There are plenty of options available, whether you’re looking for the easiest way to buy bitcoin or the fastest way to get bitcoin. The number of places that accept bitcoins is on the rise as more and more major retailers make accommodations for this new form of virtual currency.

Learning these tips on the best ways to get bitcoin now can pay off in the long-run as you learn how to navigate this new part of the financial sector.