During a time when names like Enron, Worldcom, Arthur Andersen, and Tyco were making headlines in the news, Maryland Democratic Senator Paul Sarbanes and Ohio Republican Congressman Michael Garver Oxley were working feverishly to come up the Sarbanes Oxley Act of 2002 (SOX).

Sox was expected to be a cure for the “mysterious illness” that plagued corporate America.

It was a time when ordinary investors felt that the boardrooms of American corporations were shrouded behind a curtain of opacity. 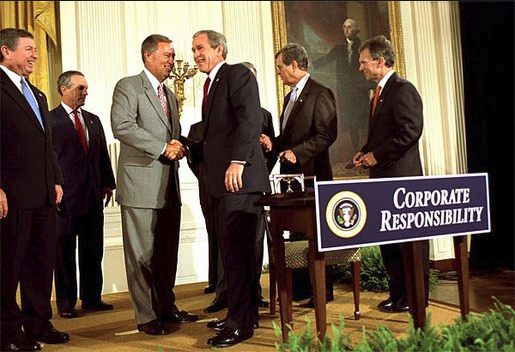 It was felt that stewards of corporate America weren’t being honest with their wards (shareholders). Left unchecked, the situation could have potentially seriously undermined the very fabric of American corporations – not just in-country, but globally.

What is The Sarbanes Oxley Act (What is SOX)?

So exactly what is the The Sarbanes Oxley Act of 2002? and what were the key driving factors for the act?

A key milestone for Senator Sarbanes and Senator Oxley was to ensure that there was greater transparency in corporate reporting, and that corporate executives and auditors assumed greater responsibility (and liability) for such reporting.

The fruits of their joint labor, The Sarbanes Oxley Act of 2002 (popularly known as SOX), cleared both houses by an overwhelming majority (House: 423:3, Senate: 99:0).

The Sarbanes Oxley Act In Summary

Financial analysts agree that the Sarbanes Oxley Act (also called the Corporate Corruptions Bill), is one of the most significant pieces of legislation to address America’s securities industry in decades.

Not since the passage of the Securities Act of 1933 and creation of the SEC (in the aftermath of the Great Crash of 1929) has such an ambitious piece of legislation been enacted. 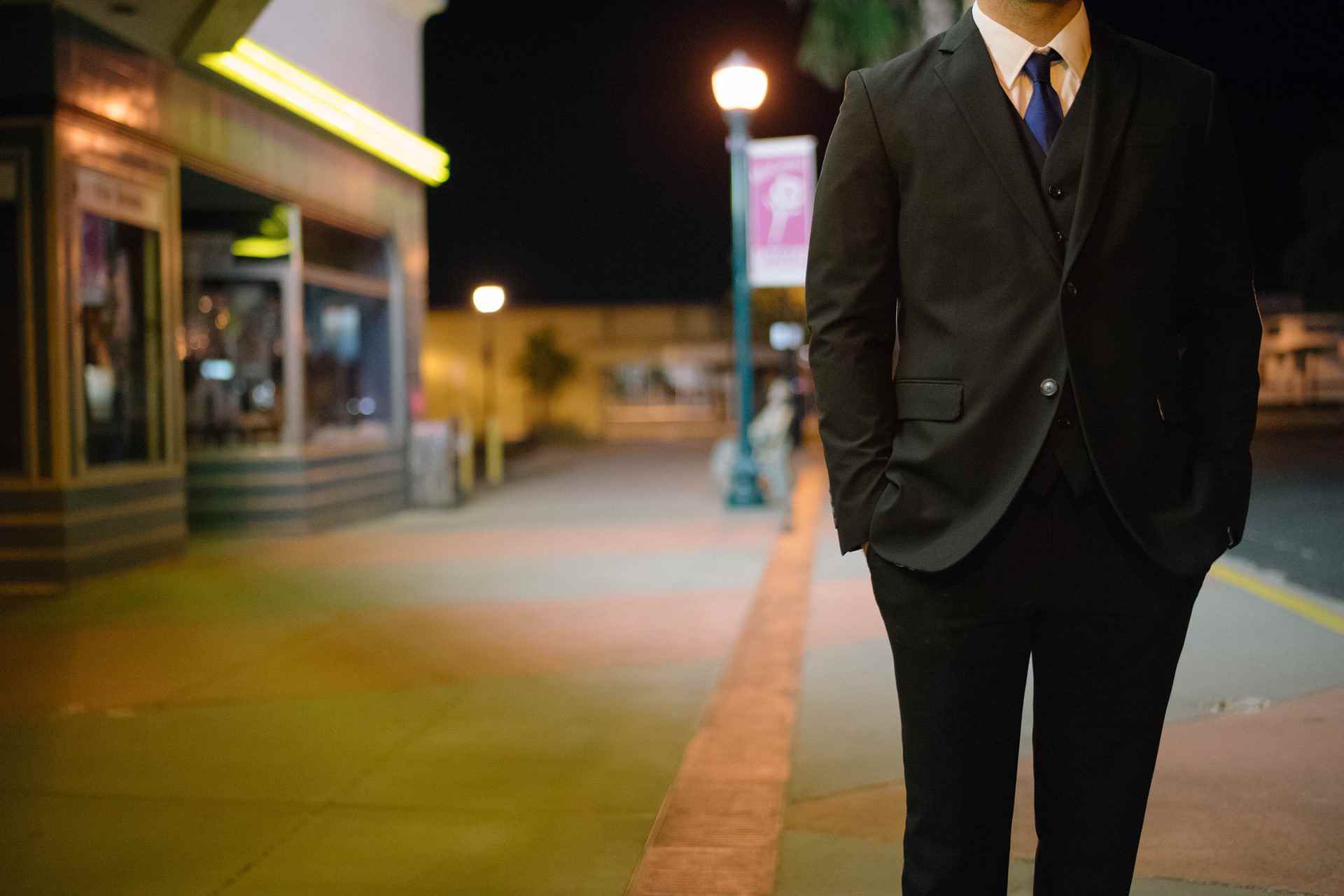 In the words of President George W. Bush, as he breathed life into SOX:

Sarbanes Oxley is meant to prevent shareholders (and other parties at interest) from being misled by corporations about their financial status. To achieve its objectives (of reforming US business practices), the Act:

Scope of the Sarbanes Oxley Act of 2002

While the Sarbanes Oxley Act is primarily targeted to public companies in the United States, non-US-based entities will also come within its scope if:

If a non-US entity is specifically exempt from filing SEC statements under Role 12g3-2(b) of the SEC Act 1934, then the provisions of SOX will not apply to them. The distinction of whether specific operations of non-US-based entities (who file with SEC) come under the purview of SOX will be made based on whether there is financial materiality in their operations, or whether there are significant quantitative or qualitative risks that those entities’ operations pose to US financial markets.

SOX is organized into eleven titles, each of them covering specific areas of corporate accountability and responsibility.

This Title creates a new non-governmental entity that will act as an independent body overseeing the audits of public corporations, with the view of protecting the interests of shareholders and the general public. It is also a step towards restoring investor confidence in auditor reporting.

This Title deals with strengthening the independence of companies’ external auditors by addressing key aspects of the auditor’s relationship with the company and its executives. Amongst others, it imposes new restrictions on non-audit services provided to audit clients, and it also proposes new mandates for rotating lead partners in audit firms.

Title III primarily governs how public company audit committees review, certify, and sign off on audit reports. It introduces the need for additional diligence on the part of the company’s lawyers, as well as Chief Executive Officers (CEOs) and Chief Financial Officers (CFOs). Certifying officers of public companies must personally attest to the fact that they are satisfied with the organization’s internal controls and that, to the best of their knowledge, “all’s well with the books.”

Hereto, Corporations enjoyed some leeway in how they reported off-balance sheet arrangements and contractual commitments, as well as in the application of measures related to Generally Acceptable Accounting Principles (GAAP). Title IV introduces rules that more strictly govern these aspects of financial disclosure, including treatment of GAAP and non-GAAP financial reporting.

It is believed that financial analysts had a significant responsibility for the 2008 financial crisis. This Title addresses the conflict of interest between analysts and brokers/dealers for whom they do analysis or prepare reports. For instance, one of the Sections in Title V bars the approval of analyst reports prepared by individuals working with security dealers. A further Section prohibits bankers or brokers/dealers from retaliating against research analysts that publish unfavorable reports about them (bankers, brokers, dealers).

This Title allocates additional resources for the SEC, as well as expands some of the Commission’s authority viz. violators of its laws. Title VI raises the SEC budget and brings it to around $780M, of which $98M will be used to hire an additional 200 employees specifically dedicated to oversee/monitor auditors. The SEC has also been granted additional powers to investigate and penalize anyone (or any company) that violates security laws.

Title VII enables regulatory bodies (i.e., the US Comptroller General) the power to conduct studies regarding consolidation in the audit industry and credit rating agencies. It also allows them to study and investigate specific violations/violators of securities laws (e.g., WorldCom, Enron etc.).

This Title makes manipulation of documents, destruction of important documents, or the wilful creation of wrongful documentation a felony. It also makes the act of impeding federal investigations a crime. Punishments for infraction can be significant fines, prison time (up to 20 years), or both. This Title also mandates the retaining of audit records for a period of five years, and provides protection to whistleblowers.

This Title places a huge personal burden/liability on CEOs and CFOs, who must now certify that the information in financial reports accurately represents the company’s status. Executives can face jail time (20 years) or penalties (up to $5M), if found negligible. They may also be banned from holding executive office at public companies.

Until SOX came along, CEOs of many public companies had the luxury of saying they don’t “personally look at tax returns because it’s not their job!” This left them somewhat insulated when it came to determining where the buck stopped if it was found that tax returns were misleading or contained incorrect data. Title X closes that loophole, and now makes it the CEO’s duty to sign all Federal income tax returns.

This Title provides additional (to Title VIII) guidance with respect to rules and punishment regarding fraudulent corporate activities.  It authorizes the SEC to freeze remuneration or other forms of payments that may be payable to violators of the rules, pending investigation of the charges.

The enactment of the Sarbanes Oxley Act must not only be looked at in the context of the then prevailing conditions in the US banking and finance industry, but also with regards to how public corporations operated, and were viewed by investors and the general public.

Through the enactment of the Sarbanes Oxley Act, the government at the time introduced key provisions for:

As with most far-reaching legislation, the Sarbanes Oxley Act too has its supporters and detractors.

Critics of SOX were quick to point out that the costs for small businesses (i.e., auditing and certifying their internal controls annually) could ultimately drive them out of business.

However, an academic study of SOX, conducted almost ten years later, seems to indicate that the Act has, on the whole, proved to be more beneficial than harmful. Authors of the report (Harvard Business School Associate Professor Suraj Srinivasan and Harvard Law School Professor John C. Coates) based their findings on over 120 research papers written on the subject.

They concluded that while the implementation of the Sarbanes Oxley Act could have proved potentially painful for smaller businesses, its ultimate deferral for companies with market capital of less than $75M was a positive development.

Subsequent changes in audit standards are reported to have reduced the cost of audits by as much as 25% for many companies.

According to the report, other criticisms, like the fear of reduced IPOs or the loss of foreign listings on US stock markets as a result of  the Sarbanes Oxley Act, were also unsubstantiated.

However, SOX detractors seem to have had the last word in this debate.

They pointed out that despite its enactment in 2002 (most of  the Sarbanes Oxley Act’s provisions came into effect as early as 2003), SOX was still unable to prevent the financial crisis of 2008, which was precipitated by the Lehman Brothers Holdings financial scandal!