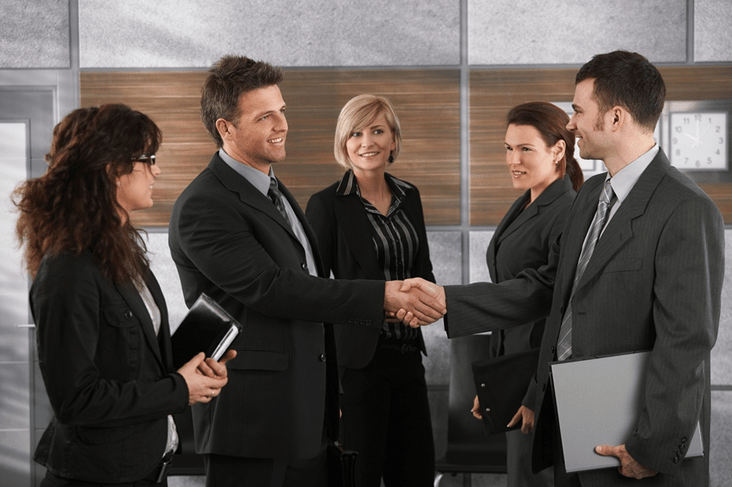 Before discussing the various reviews for each of Tesco Bank’s financial products, understanding essential facts about Tesco Bank will us better answer the question, “Is Tesco Bank safe?”

Tesco Bank is a subsidiary of Tesco Public Limited Company (Tesco PLC), which also owns grocery stores and other general merchandise retail establishments and is currently the fifth largest retailer in the world (ranking below Wal-Mart, which holds the number one spot).

Tesco was founded in 1919 by English businessman Jack Cohen who, against his father’s wishes, decided to become a grocer. The actual Tesco brand name materialized in 1924.

Throughout the twentieth century, Jack Cohen (whose motto was “pile it high and sell it cheap”) aggressively expanded his chain of Tesco retail markets within the United Kingdom and worldwide.

After Jack Cohen died in 1979, Tesco went through a series of CEOs beginning with Lord MacLaurin, a long time Tesco employee.

Tesco’s entry into the retail financial industry didn’t occur until after the selection of a new CEO in 1997. Terry Leahy continued to expand Tesco’s grocery business to include:

The move that is directly relevant to any discussion regarding Tesco bank reviews and Tesco loan reviews is Tesco’s 50/50 partnership with The Royal Bank of Scotland.

Given its prior relationship with The Royal Bank of Scotland, Tesco Bank is headquartered in Edinburgh, Scotland.

Considering Tesco Private Limited Company’s lengthy list of retail store options, it is sensible to presume the “pile high” philosophy trickles down to Tesco Bank. Throughout research conducted for Tesco bank reviews, Tesco customer reviews, and Tesco loans reviews, it became clear that even in the post-2008 financial meltdown, Tesco Bank has moved towards increasing its financial product line.

Like Tesco’s grocery and retail subsidiaries, Tesco Bank offers Tesco Clubcard points along with several of its financial products and services, which is just the beginning of the  amenities and services offered by this bank.

As of this writing, Tesco Bank offers the following to its banking and retail chain members:

For readers in the United States who are not familiar with the term “current accounts,” they are much like checking accounts.  However, current accounts are generally designed for businesses that perform a high volume of transactions for which they will also need to write checks. Additionally, current accounts often require a creditworthy consumer report ranking.

Throughout specific searches for Tesco complaints, Tesco Bank reviews, Tesco mortgage reviews, and Tesco loans reviews, a few negative commentaries cropped up. Being one of the largest retailers in the world is not without its challenges.

While some of the affairs below are not directly related to Tesco Bank, its parent company, Tesco Public Limited Company, has come under fire for several issues. Those listed are but a few of the more pertinent Tesco legal and financial conflicts:

What might these situations have to do with Tesco Bank reviews, or determining a specific answer to “is Tesco Bank safe?” Tesco Bank is a subsidiary of Tesco PLC; it is wise to be cautious about the company’s overall business practices.

Most reviews may not begin with analyzing how a company treats its employees, but it serves as a good first indicator. After all, customer service is a primary focal point in successfully attending to the three “P”s of business: People, Product, and Process (some add a fourth “P” for Performance).

If employees are unhappy with any of the three (or four), it will be difficult for them to not pass that attitude along to customers. Though positive Tesco Bank reviews will be described below, Tesco’s complaints from employees ranked them a very low 2.7 out of 5 via Glassdoor.com.

One comment from an employee which stands out is, “If you work in the right area it’s a great place to be…” Others focus on how management mismanages employees and that there is little to no room for “upskilling” or moving up in the company.

Recent negative Tesco Bank reviews by customers for overall performance for financial services, products, and customer service are indicated at Reviewcentre.com. Here, Tesco customer reviews give an overall score of 1 to 1.5 stars out of a five-star ranking criteria, focusing on Tesco’s insurance products.

With regard to Tesco credit card reviews, the Tesco Bank review at Trustpilot.com earns a mere 4.5 out of 10. Certainly, there are several Tesco customer reviews that state they are “very happy” and that Tesco has “the best credit card.” However, Tesco complaints overwhelm the positive and indicate “poor inflexible and insensitive service” alongside “worst service in the world!”

In spite of the aforementioned Tesco complaints collection, upon further inspection, positive Tesco Bank reviews and Tesco loan reviews (including a search for Tesco Bank mortgage review) can be found as well.

Related: Go Bank Reviews – Everything You Want to Know (Review of GoBank.com)

Specifically, there are plentiful Tesco car insurance reviews at Smartmoneypeople.com where Tesco customer reviews culminate into a 4.3 out the 5-star satisfactory score. Customer comments conveyed a solid, positive customer service experience. Mentioned directly were “short waiting times” when calling and “very friendly call centre staff.” The Tesco car insurance was also clearly discussed in terms of being a “great price” and “consistently good.”

At Readies.co.uk, Tesco Bank mortgage reviews were given high marks in all of the four areas listed:

Indeed, Tesco Bank earned third place for its customer service via the 2016 British Bank Awards. Additional comprehensive reviews at Revoo.com further support positive experiences with Tesco Bank across the board.

In the end, Tesco loan reviews are mixed. At Choose-wisely.co.uk, Tesco loan reviews garner only 3 out of 5 stars. However, the reviews are a bit dated (the latest one being from 2013) and since that time, as previously indicated, Tesco Bank dissolved its partnership with The Royal Bank of Scotland. Summarily, the mixed reviews may be due to The Royal Bank of Scotland businesses practices rather than relating straight to Tesco Bank.

Based on the information provided, it is still the responsibility of the individual to decide whether or not Tesco Bank is “safe.” You will need to ask, “What does it mean for a bank to be safe?” and arrive at your own conclusion.

We suggest you weigh the pros and cons before committing time and money to Tesco Bank or any other financial establishment. From that point, an individual is better able to determine if Tesco, or any other bank, is “safe.”