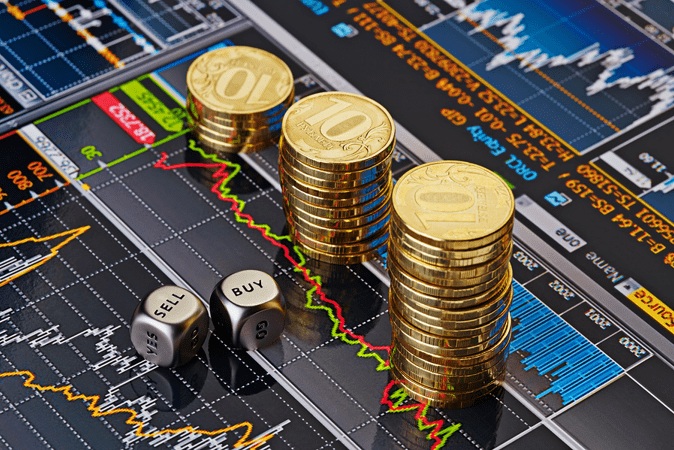 As such, a brief background on both entities will be included in this Thinkorswim review.

TD Ameritrade is a public company founded in 1971 and currently headquartered in Omaha, Nebraska. Starting as an investment banking institution, it became a clearing broker in 1983. In subsequent decades, TD Ameritrade acquired several other companies and went through several name changes.

At present, TD Bank, a subsidiary of a Canadian financial institution formally known as Toronto-Dominion Bank holds an ownership percentage of TD Ameritrade that hovers around 40%. TD Ameritrade is one of the largest online investment brokerage firms in the United States as it holds close to $700 billion in client accounts and has over 5,000 employees.

Being a large financial corporation with billions of dollars flowing through its system on a daily basis, TD Ameritrade has experienced a few challenges. In 2007, they were hacked and had to settle a $6 million lawsuit after client private information was stolen from its database.

In 2009, TD Ameritrade was involved in another lawsuit claiming the company had misrepresented auction rates securities as having a short-term liquidity. Consequently, TD Ameritrade paid $456 million to settle the suit.

A Short History of the Thinkorswim Platform

Upon further Thinkorswim review, in 1982 Telescan was founded by Dr. Richard Carlin, a biochemist with an investment influx by a stock broker named Derek Hoggett. The focus of Telescan was to further refine market analysis software created by Dr. Carlin.

As is normal in the world of investment banking, Telescan experienced a series of mergers and acquisitions that finally came to rest in 1999 when Thinkorswim, Inc. was established. Thinkorswim, Inc. focused primarily on options trading at its inception.

Further takeovers by Thinkorswim manifested an additional dimension. It was no longer just a piece of software to help analyze the financial market to give investors or traders an edge in their decision making. Thinkorswim became known as both an “online investor toolbox” and an educational services company.

Additional Thinkorswim reviews produced information which indicated that Thinkorswim participated in a United States Securities and Exchange Commission (SEC) investigation regarding presentations the company conducted during a few of its seminars.

Extensive research reveals that all thinkorswim reviews are merged with TD Ameritrade reviews and should be considered accordingly. It must be kept in mind that the thinkorswim platform is comprehensive and best utilized by those who have a solid knowledge of trade analysis.

While a complete expertise isn’t expected for the self-directed traders who use the thinkorswim app, thinkorswim mobile, thinkorswim demo, or thinkorswim paper money function, the thinkorswim platform is considered to be an advanced trading feature. Or, as TD Ameritrade indicates, thinkorswim is a collection of “elite-level tools and sophisticated analytical resources for idea generation and efficient strategy execution.”

Potential thinkorswim traders can register for thinkorswim paper money, which is a trading with “training wheels” whereby no money is lost. As such, it is a simulated training platform, much like a video game with strictly educational goals.

Given the profit-oriented nature of investment firms, it should be no surprise that to us 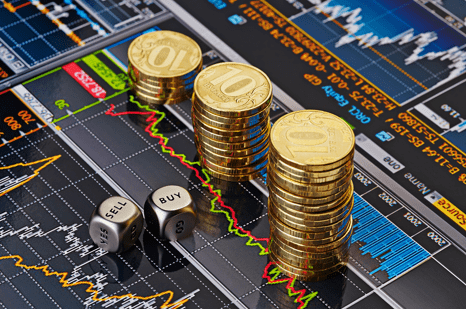 Individuals interested in thinkorswim will be taken directly to the TD Ameritrade account application web page for account creation purposes. On an additional note, in order to launch the thinkorswim demo, TD Ameritrade requires you to make an appointment.

With this in mind, TD Ameritrade offers assorted account types for those wishing to begin an investment portfolio (there is no minimum amount to open an account):

TD Ameritrade does have an additional trading platform option called Trade Architect, and it’s designed for the beginner trader in mind. Nerdwallet.com gives Trade Architect a sturdy 4.5 out of 5 stars, making this a great option for those beginning to cultivate their investments unaided by TD Ameritrade brokers. There are detriments to TD Ameritrade, but those are further discussed in the section below.

As indicated in a prior section, the thinkorswim fees are based on TD Ameritrade’s brokerage fee configuration. Often, TD Ameritrade will offer free trading for a certain time period, and with specific conditions (such as a minimum deposit). It is important to read the specifics to gain a solid understanding of what agreements are secured in order to trade for “free.”

Traders are able to work with a number of different financial products via the thinkorswim platform. These include stocks, options, futures, Forex, EFTs, mutual funds, and bonds.

While TD Ameritrade states that there is only a flat-rate $9.99 commission, there are other fees to consider before launching an account. TD Ameritrade lists its complete fee structure, also relevant to thinkorswim fees, on their brokerage fees web page (due to fluctuations and the many separate components of TD Ameritrade’s fee structure, it is recommended you visit the site directly for full disclosure).

TD Ameritrade and thinkorswim reviews are consistently positive. At Nerdwallet.com, the thinkorswim platform earns a perfect 5 out of 5 stars. The glowing review further discloses a consideration mentioned above in the current thinkorswim review: the prime target of the platform is advanced investors.

Nerdwallet.com provides a separate review for TD Ameritrade, also giving it a strong 5 out of 5 ranking. The negatives listed focus solely on TD Ameritrade’s higher than average trading commissions, which have a direct reflection on the thinkorswim platform.

While the thinkorswim reviews specific to the thinkorswim platform are overwhelmingly positive, the TD Ameritrade reviews do contain outright negative sentiments. The complaints at Consumeraffairs.com bring TD Ameritrade’s rating down to barely 1.25 out of 5 stars. Indeed, the main issue is revealed in one customer statement regarding their fees and portfolio management style.

However, when speaking of the thinkorswim platform, reviewers changed their position and expressed only praise.

TD Ameritrade reviews on Yelp also show disdain and have done so repeatedly to the point where TD Ameritrade only has 2 stars out of 5. There is no mention of the thinkorswim platform.

A Barrons.com ranking of the top online brokers of 2016 placed TD Ameritrade as the fourth best behind Fidelity, Interactive Brokers, and OptionsHouse. TD Ameritrade was rated highest in the following categories:

Overall, TD Ameritrade earns high marks for its thinkorswim platform (including its think or swim app), whereas its positive sentiment is severely downgraded when it comes to its fee implementation and customer service.

Through an analysis of the source of both positive and negative reviews, it should be noted that the most positive remarks are described by traders who self-manage their investment portfolio. Where TD Ameritrade begins to miss the mark is with the investor population that depends more on TD Ameritrade’s brokers to directly manage a portfolio.

Conclusively, the TD Ameritrade thinkorswim platform is an exceptional tool for those independent traders who take control of their portfolio and actively develop its growth on a frequent basis. Every financial institution consistently states (which also serves as a legal disclaimer) that all financial instruments come with a certain amount of risk.

Suffice to say that, whether an investor is relying on TD Ameritrade’s brokers to make their best financial decisions by proxy or utilize the thinkorswim platform to determine their own level of daily risk, both fall under the “enter at your own” risk category.