Hanging clothes outside to dry or drawing up the blinds to light up a room. Every day, we do things that inadvertently meet the definition of solar power.

While many people hear “solar power” and think of panels generating power, solar power information and facts go beyond this basic — and old — technology.

The emphasis on green technologies and movement away from fossil fuels means knowing more solar power facts will help keep you an educated consumer. Thankfully, we’re here to help with this primer on solar power facts, listing the benefits of solar power, as well as a full solar power definition. In this guide, we will:

But before we go any further, let’s get a good sense of what solar power is and how solar power works.

When people think of solar power or how solar power works, they often imagine solar panels and photovoltaic cells. That’s because most solar power information focuses on the myriad modern technologies meant to turn sunlight into electricity. 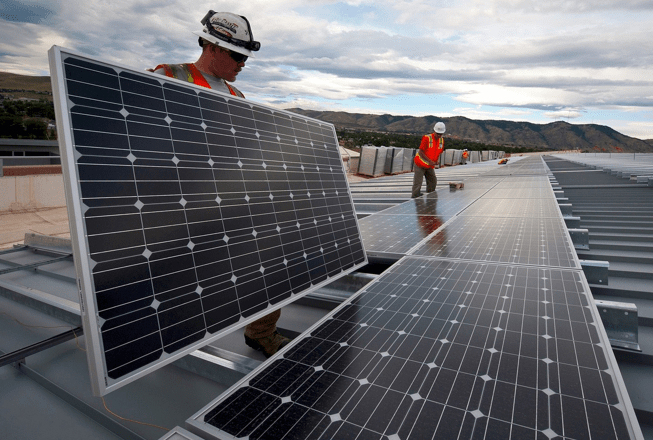 But humanity has known the benefits of solar power well before the first solar panels were created. For centuries, the solar power definition meant the sun providing more than just light: the definition of solar power included helping people harvest, dry, and store food or provide light and heat.

It’s one of the lesser-known solar power facts: early solar power meant a “solar oven,” essentially a black box which would cook food when placed in the sun.

We experience similar solar power pros and cons to this day.

Have you ever stepped outside to soak in some sunlight, to recharge and refresh your mind? Or has that time in the sun left you with a bad sunburn?

Both are nature’s version of the modern solar power definition.

Do you defrost your foods on a sunny windowsill? That also meets the definition of solar power.

Have you hung your clothes out to dry on a sunny day? Do you own a greenhouse or tend to a garden and consider which plants will get more sunlight?

Ever open your curtains to let in sunlight or warm a room? Or get into your blistering-hot car on a summer’s day?

Much less solar power information is shared about concentrated solar energy, in which electrical plants use mirrors to increase their ability to harness the sun’s energy. The added heat from this solar power then drives traditional steam turbines.

Instead of a gas or electric hot-water heater, solar heating and cooling systems meet the definition of solar power by using the sun, reducing the need for fossil fuels. The Solar Energy Industries Association shows that these heating and cooling units can become a profitable investment as early as three years after they are installed.

There are also other “passive” forms of solar power. These do not directly turn solar power into power, instead allowing the sun to do its own natural work to affect a change.

Solar Power Facts and the Benefits of Solar Power 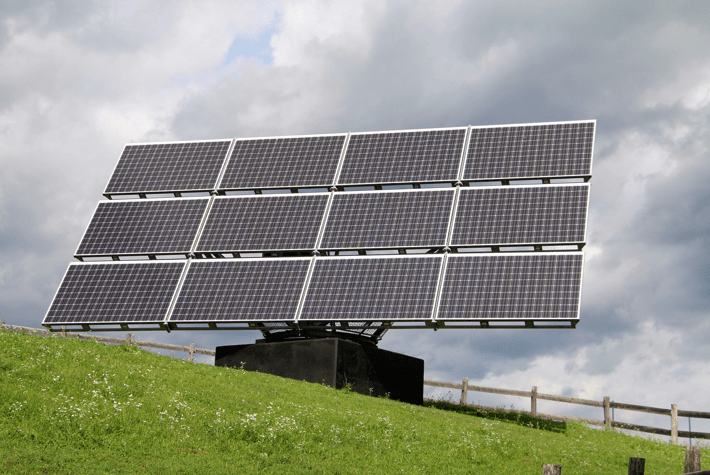 These are just some of the modern additions to the definition of solar power. The best-known use of solar power today is photovoltaic devices — or solar cells — which, when put together into groups, create solar panels.

This technology changed the solar power definition to include something practical and immediate. The sun, rather than producing one sort of energy, could now power all or part of a home.

Here’s one of the more fascinating solar power facts: the first useable version of solar PV cells came in 1954, created by Bell Telephone company, according to the American Physical Society.

This first, early version used the benefits of solar power for space satellites. Poetically, this first use brought the modern solar power definition a little closer to its origin.

Solar power information and use reached the mainstream when solar cells were installed onto smaller consumer electronics in the 1970s. In less than a decade, solar panels began meeting the fullest solar power definition, powering homes and facilities in remote locations, well off the grid and away from electric plants.

Smaller solar power cells have been installed on calculators and other smaller consumer electronics for decades.

That PV cells are nearly a six-decade old technology is not a well know solar power fact. The solar power definition expanded to full-on commercial and consumer use three decades later, when PV panels were being added onto existing electrical grids.

Those tiny solar cells’ ability to work together stands as one of the most fascinating solar power facts: they can be compounded. A group of smaller solar cells can combine to create the commonly-known panels.

Solar power gathered from panels creates enough electricity to heat or cool a home or even charge your electric car.

These panels still meet the solar power definition they first fulfilled, as remote locations and homes continue to rely on solar technology for power, like they did decades ago.

The panels’ definition of solar power isn’t limited to uses on the ground. Solar power still powers most of the satellites circling our planet.

Gather enough of these panels together and you’ll form a solar array powerful enough to run an average home. A large enough solar array can even power thousands of homes.

A solar cell’s dexterity — it can power anything from keyboards to cities — makes it one of the most useful modern green technologies. It’s also one of the least-known solar power facts.

While much solar power information focuses on consumer issues, such as cost and the solar power pros and cons, not many people know how this technology works.

Let’s explore how solar power works (without diving into a physics lesson). 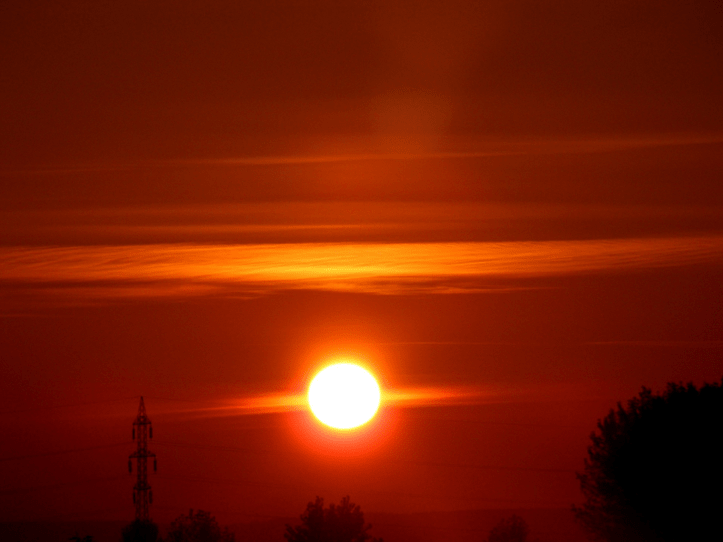 The semiconductor material which makes up solar cells allows photons to dislodge atomic bits called electrons from one end of the panel and send them toward the front, generating current (the well-known DC current, which must then be inverted into alternating current, or AC).

The movement of these electrons creates an imbalance, which generates a voltage charge.

It’s one of the more fascinating solar power facts that all our whirring machines, nuclear reactors, and smoke-creating power plants can be switched out for silent, clean solar arrays.

One of the lesser-known solar power facts: not all solar cells are the same even though they all resemble black squares. Depending on the semiconductor material they’re made from, some solar panels are more efficient than others.

Here’s one of the more astounding solar power facts: According to National Geographic, one minute of the sun’s energy creates enough solar power on the Earth to power humanity’s energy needs for a year.

Yet despite all the benefits of solar power, our technology cannot capture even a minuscule fraction of the sun’s potential energy.

The debate around the solar power pros and cons revolves around one solar power fact: depending on where you live, the source of the energy — the sun — is free, plentiful, and reliable.

The potential benefits of solar power depend on the sun’s habits at a given location — how often it appears, with what intensity, and how reliably throughout the year.

Weighing these solar power advantages and disadvantages depends upon the star at the heart of our solar system. For the benefits of solar power to fully materialize, the climate must be reliably sunny, include a clear view of the sun, and space for solar panels.

A cost-benefit analysis offers the best measurement of solar power pros and cons. But the answer isn’t so clear-cut.

A patchwork of incentives and programs unevenly covers the United States.

For example: electricity providers in some states reimburse homeowners who feed leftover solar power back into the grid. You may have seen reports of these homeowners, touting a refund check instead of an electric bill as one of the advantages of solar power.

Over time, this could help recoup the investment into solar technology sooner. But this can’t be included in any discussion of the advantages and disadvantages of solar power unless you live in a state with such refunds.

While handy in a pinch, these solar panels-on-the-go are also prone to the usual reliability issues and are still dependent upon the fickle sun.

But solar power advantages and disadvantages should not only be measured in the micro, but also in the macro. More than one person can experience the benefits of solar power. In fact, the whole planet can.

Solar technology also does not include many of the smog-creating contaminants and pollutants usually released by old-fashioned power plants. This lowers the greenhouse gas output.

But solar power pros and cons aren’t clean-cut environmentally either. The production of solar panels requires the use of harmful and toxic materials.

When weighing solar power pros and cons, it’s also important to remember that solar panels consume a lot of land.

Using the sun’s energy is a basic ingredient for life. From photosynthesis to heat, nature already settled the debate over solar power pros and cons.

As humans, we’re still discovering the solar power advantages and disadvantages. The evolution from those early agricultural days to today hasn’t changed our relationship to solar energy too much. We still have to decipher how solar power works to decide the solar power pros and cons.

Fortunately, the sun always seems to offer more than we’ll ever need.