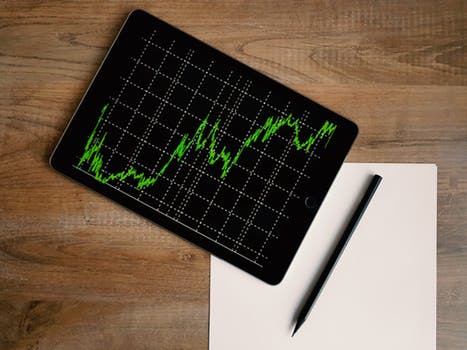 Scottrade vs. Fidelity: Taking the First Step Towards Investing

Once you’ve committed to investing a portion of your savings, you’ll need to select a firm to open an account and execute trades. There are plenty of brokerage firms providing this service. We’ll look at two major players in the field: Scottrade vs. Fidelity.

When you choose a place to start investing, you’ll want to select the option that will work in the long term. Moving an account from one firm to another can be a time-consuming and even expensive task.

When deciding on your selection, you must first ask yourself, “What are my personal financial goals, and how will they be serviced by Scottrade vs. Fidelity?” This forward-thinking approach will help you decide which firm has the best ability to provide the services you need today as well as the more complicated ones you’ll need in the future.

Understand that these companies all share the ability to execute your investments. However, their differences are found in the more nuanced areas of:

We’ll look at how an analysis of Scottrade vs. Fidelity illustrates which firm will be best for you. Additionally, we’ll review Scottrade alternatives and Vanguard alternatives.

Think of the discussion of Scottrade vs. Fidelity as a comparison of two homes to a first-time buyer. Realistically, you can only move into one. Over time, you’ll grow and change and you’ll want your choice to accommodate these changes without burdensome costs, hassles or unexpected pitfalls. Let’s take a closer look.

See Also: IdentityForce Reviews – What You Should Know Before Using Identity Force

Scottrade vs. Fidelity: What Kind of Clients Do They Serve?

With either option, you’ll have a wide array of financial services and products to choose from. In recent history, Scottrade has identified itself as the home of the $7 trade. This is a simple, easily-understood marketing hook.

However, consider the findings from The Journal of Finance: “The average household turns over approximately 75 percent of its common stock portfolio annually. The poor performance of the average household can be traced to the costs associated with this high level of trading.”

The promise of low-cost, individual trades is attractive, but just how much will that matter to an investor who would be better off abstaining from frequent trades? The study puts it succinctly: “Our central message is that trading is hazardous to your wealth.”

The popular Scottrade $7 trade offer speaks more to the modest investor it’s appealing to rather than as a value metric. Yet, what type of investor is it suited for in a comparison of Scottrade vs. Fidelity? 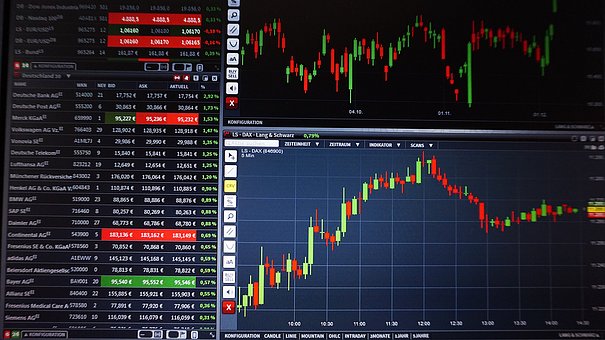 Scottrade is designed for a younger demographic that is comfortable and accustomed to engaging all of their financial planning via online services. While the company does boast 495 branch office locations, the simple fact is that many investors will never need or want to visit one. This is because the average Scottrade investor wants flexibility, fast execution, and a breezy interface. This is true even for most Scottrade alternatives like Charles Schwab.

Fidelity offers research and learning tools that may be of more value to an older demographic that is in need of more sophisticated products (e.g., retirement planning tools, etc.). While the firm is a fine choice for a new investor, many will find that Scottrade is an easy way to get started when you are just introducing yourself to the world of stocks and bonds.

Scottrade vs. Fidelity: Understanding How Your Costs Will Vary

This is the most critical metric you’ll need to consider in an evaluation of Scottrade vs. Fidelity. The reason is that these are the costs you’ll likely be paying for decades to come. Over time, the total costs of investing will accumulate not only in the direct costs but also in the opportunity cost of lost long-term compounding.

Independent research conducted by Morningstar revealed that the asset-weighted expense ratio of Fidelity funds is 0.59%. Put simply, it is a bona fide, low-cost provider. However, note that others, like Vanguard and Vanguard alternatives, are lower:

How do these Fidelity and Scottrade alternatives compare in our review of Scottrade vs. Fidelity? The expense ratio you’ll be paying depends on the fund in which you’re investing. As the above list illustrates, when you invest in a Vanguard fund, you’re investing in the lowest-cost provider. However, this low expense ratio has no impact when trading any non-Vanguard fund via the Vanguard platform.

To truly understand a Scottrade vs. Fidelity cost analysis, we need to look at three essential metrics:

In a white paper published by financial software company Personal Capital, we learned the following about Fidelity:

How this compares with Scottrade:

The results are clear. On all three of these critical metrics, Scottrade wins. The total lifetime savings in costs between Scottrade and Fidelity is $80,203.

While Scottrade wins in these metrics against Fidelity, those seeking Scottrade alternatives will be pleased with the low costs provided by Vanguard. Later, we’ll review Vanguard alternatives.

Related: Lexington Law Reviews – Get All the Facts Before Using Lexingtonlaw.com

A 2016 study by J.D. Power determined that Scottrade “achieved the highest scores in satisfaction with Interaction, Account Information and Trading Charges and Fees. In Overall Satisfaction, Scottrade ranks 36 points higher than the industry average.”

This, coupled with the low costs illustrated above exemplifies an attractive firm to new and seasoned investors alike. The breadth of the study is substantial, with 4,242 completed surveys. The total score awarded to Scottrade was 811.

The Fidelity vs. Scottrade analysis shows that Fidelity did not fare as well. The same study determined a score of 791 for the competitor. The implications of the study are enormous given the diversity of metrics explored, including:

This apples-to-apples comparison reveals the value of the customer experience among the spectrum, ranging from high-net-worth clients to Millennials just getting started. Consider how these numbers will indicate your long-term experience with your chosen provider.

Popular Article: OnDeck Reviews – What You Need to Know Before Using OnDeck

A 2016 survey from Barron’s reviewed 18 prominent brokerage firms. It analyzed the competing companies based on a variety of attributes. One attribute that is revealing to those interested in the user experience is what it identifies as “Customer service, Education and Security.”

As Barron’s explains, this is how it measured customer experience: “We sized up online help such as live-chat capability, user guides and frequently-asked-questions files. Offline help was assessed by making calls to customer service, and weighing the brokers’ reports of the average time spent on hold when a customer calls in.”

It also examined education offerings, both online and live, as well as the ability to visit a broker in person. In addition, Barron’s reviewed whether a broker provided two-factor authentication and looked at the websites’ security measurement statistics through third-party evaluators. It also assessed password strength and the frequency of password changes. Barron’s provided a rating of 4.9 to Fidelity for this area.

In the same study, Scottrade was awarded a rating of just 4.2. Does this mean that your experience with Scottrade alternatives, like Fidelity, will be superior to that of Scottrade? Not necessarily. Many investors are simply investing a few times a year, automating investment options, and periodically reviewing their growth.

The extensive metrics Barron’s used in its study are hardly major concerns for the majority of investors who will not engage in these aspects.

Interestingly, the research that Barron’s published keyed in on a topical concern of investors that might be comparing Scottrade vs. Fidelity today: data security. The review of its 2016 survey revealed, “In preparation for our 21st annual ranking of the Best Online Brokers, the key worry among nearly 600 respondents was the security of personal data and assets.”

This groundswell of uncertainty is perhaps well-founded given the constellation of electronic devices in our lives today. The convenience of banking or investing through online platforms and mobile devices has opened up vulnerabilities for us all.

Just how much of a problem is this? It’s a significant one, according to the published 2015 numbers from the Identity Theft Resource Center. Its findings are startling: “The number of breaches involving Social Security numbers totaled 338 in 2015, a modest increase of 1.8 percent over the 325 reported in 2014. Those breaches, however, involved more than 164.4 million records.”

When comparing Fidelity vs. Scottrade, it’s clear that whichever you choose, the safety of your personal data will be critical. If you choose a Scottrade alternative, you’ll want to be equally careful about these risks.

While all major financial firms have embedded security measures in place, you, as a consumer, can benefit from your own vigilance. As FINRA recommends, it is wise to engage in “using up to date firewall and anti-virus programs on your personal computer, as well as formally logging out of all online sessions related to your account once you are finished. If you use apps on mobile devices to access your financial accounts, be sure to password-protect your device—and make sure you select the highest security setting that the app offers.”

Read More: OnDeck Reviews – What You Need to Know Before Using OnDeck

As seen by the data discussed in our Fidelity vs. Scottrade review, many of the costs and overall satisfaction numbers are superior with Scottrade. However, what are some attractive alternatives to those who seek Scottrade competitors? One company rises to the top of the list: Vanguard. As a Scottrade alternative, it was the second highest ranking firm reviewed in the previously-mentioned J.D. Power study. Additionally, it has been the industry leader in low-cost investing for decades, with a far superior expense ratio than any of the competition.

Looking for Vanguard alternatives? It’s important to note that Consumer Reports concluded that financial services company USAA leads in satisfaction. The white paper reviewed earlier also found USAA to be the lowest cost provider among the groups analyzed. USAA showed the least fees incurred over the hypothetical 30-year span, coming in at a total of $502,407.

Personal finance plans are all about maximizing your savings while mitigating risks. The easiest way to do this is to focus on fees and the beginning when the compounded effects originate. Vanguard and USAA as Vanguard alternatives are excellent Scottrade competitors.

Scottrade vs. Fidelity: The Final Score

When all the major metrics are reviewed, Scottrade comes out ahead. In conclusion, both firms offer voluminous investing data as well as interface usability, speed, low-cost options, online resources, and personal finance measurement tools.

The differences found in a Fidelity and Scottrade analysis are most likely to be seen by those who are heavy traders or engaged in complex investment products. Those who heed the wise advice to be long-term investors without daily trades will find either option more than suitable.

If all the metrics in a Fidelity vs. Scottrade comparison are too varied to make a decision, then default to cost. This is another reason why Vanguard and Vanguard alternatives, like USAA, are worth your consideration. Ratings concerning mobile interface usability and problem resolution will have little impact on your financial future. The real impact, as seen by the lifetime cost data, will be the fees you incur to make your plans a reality.