Overview: What Is a Roth IRA? What are Roth IRA Income Limits & Roth IRA Eligibility

When planning for retirement, it will be imperative that you know all the options available. While traditional IRAs are some of the most common routes that people take, Roth IRAs are one of the best options for those whose income will steadily grow throughout their careers.

Before we discuss Roth IRA eligibility and Roth income limits, we would like to first establish what a Roth IRA is.

Unlike a traditional IRA, there is no up-front tax deduction associated with Roth IRA contributions. While this deters some, it should not be the deciding factor.

Those who want to consider Roth IRA eligibility should ask themselves two things:

If you answered yes to both of these questions, a Roth IRA may be right for you. Since you can withdraw money at any time tax-free, you will never have to worry about giving too much to a retirement fund.

At the same time, if you believe your tax rate will be higher during retirement, you can withdraw all of your contributions and earnings without worrying the government will tax a cent.

Ultimately, you will have to decide whether or not you can afford to pay taxes on your retirement fund contributions now. If you can, then a Roth IRA might be the perfect route for you.

Throughout this review, we will answer some of the most commonly asked questions concerning Roth IRAs including:

We will begin by discussing income limits for Roth IRAs and will move to more general questions about eligibility.

The Basics: Are You Eligible for a Roth IRA? 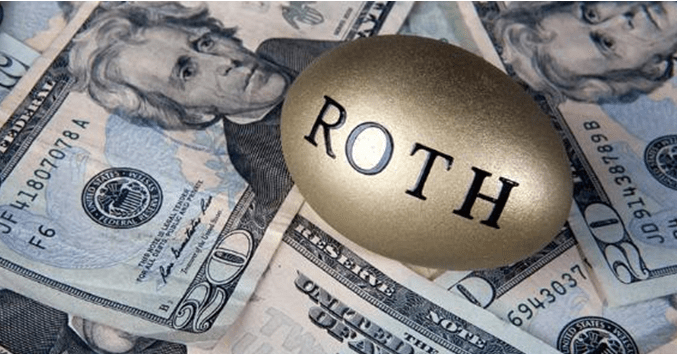 If you think a Roth IRA might be the retirement plan for you, the next thing you’ll have to know is whether or not you qualify.

There are strict income limits for Roth IRAs, and you will want to make sure you are eligible before pursuing this path much further. Generally speaking, most Americans qualify for Roth IRA contributions with a median household income of $50,000.

For the sake of clarity, we will discuss Roth income limits by separating the next section into three filing statuses: single, married filing separately, and married filing jointly. We will sometimes refer to Roth IRA income limits in terms of MAGI, or Modified Adjusted Gross Income.

MAGI is simply the way your IRA eligibility is calculated. It begins by looking at your adjusted gross income and considers several other items, including self-employment tax, rental losses, IRA deductions, student loan interests, and others.

Keep in mind that if you are eligible for a Roth IRA, you can contribute up to $5,500, unless you are over the age of 50.

Those who do not exceed the Roth IRA income limits and are over 50 can contribute up to $6,500. Nevertheless, we will begin by looking at IRA contribution income limits for those whose filing status is single.

Those who file taxes as single or head of household have a MAGI or Roth IRA max income of $117,000 in order to contribute the most amount of money possible. What this means is that those who make $117,000 or less can contribute $5,500 to a Roth IRA.

But the income limits for Roth IRA do not cut off completely at $117,000. Those who file as single and whose MAGI is calculated between $117,000 and $132,000 can still contribute to a Roth IRA. The only difference is that you will not be able to contribute the maximum, or $5,500. The higher your income is and the closer it gets to $132,000, the less you will be able to contribute.

For those who find themselves outside the Roth income limits but between $117,000 and $132,000, you will have to use the IRS worksheet to calculate what your total contribution can be and your IRA contribution income limits. It will then be up to you to decide whether that contribution is worth it in the long run.

Those who find themselves at or near the Roth IRA income limits should ask themselves if a Roth IRA is right for them. Remember the two qualifying questions at the beginning of this article.

The first question you should ask yourself is if you expect your tax rate to be higher during retirement than it is right now. If you find yourself in a high tax rate already, the amount of taxes you will pay to contribute to a Roth IRA may set you back more than they will help. But this is entirely up to you.

Therefore, while there are clearly defined income limits for Roth IRAs, your Roth IRA eligibility does not necessarily mean you should contribute. Consider your current tax bracket and where you expect it to be when you retire. Making sure your tax rate continues to rise in the long run will often be the biggest factor in determining whether you should pursue a Roth IRA or not.

Anyone who falls outside the Roth contribution income limits will be unable to open a traditional Roth IRA. With that being said, however, there are Backdoor Roth IRA options available. Those who exceed the Roth income limits and file as single or as married filing jointly can look into these backdoor options. For your benefit, we will discuss them slightly later in this article.

In general, Roth IRAs are not meant for those who are married and file their taxes separately. The income limits for Roth IRAs are so small and often so tricky to calculate that they are not worth it. There is one exception, however. If you file separately and have not lived with your spouse for the last year, your Roth IRA max income is the same as for those who file as single. If you belong to this group, refer to the single filing status above.

The IRS greatly limits your ability to contribute to a Roth IRA, however, if you are married, file as separate, and live with your spouse. The Roth contribution income limits for this tax group is $10,000.

But this is where things get tricky. If you do not make money, you cannot contribute to a Roth IRA. At the same time, the closer you make to $10,000, the closer you are getting to Roth IRA limitations, which in turn reduces how much money you can actually contribute.

The only way to know exactly how much you can contribute to a Roth IRA is by using the IRS worksheet and entering accurate information. Those who exceed the Roth IRA income limits will be ineligible for a Roth IRA, and there is no backdoor option available. If a Roth IRA is appealing to you and your spouse, consider filing jointly in order to reap the rewards of much higher Roth contribution income limits. 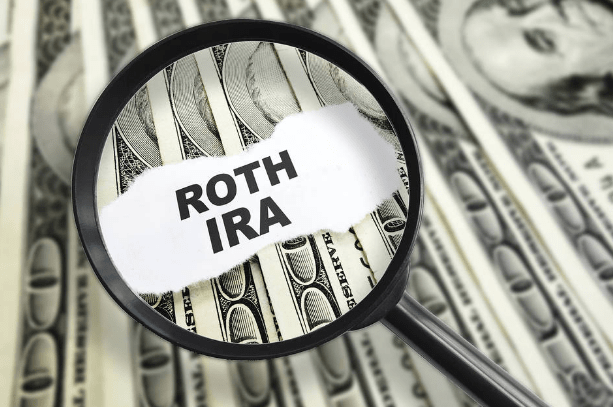 The Roth IRA max income here is $184,000 for those who wish to contribute the maximum $5,5000. Anyone who makes less than this is free to contribute as much or as little as they want.

Those who make more than $194,000 have exceeded the income limits for IRA. Again, it will be critical for those who reach the upper levels of eligibility to consider if a Roth IRA is worth opening. Keep in mind that all of your contributions are taxed, so if you are nearing the Roth income limits, your tax bracket may make a traditional IRA more suitable.

Similar to those who file as single, anyone who exceeds the income limits for IRA has the option to open a Backdoor Roth account. This applies to anyone filing as single who makes more than $132,000 and anyone who is married filing jointly with a MAGI of more than $194,000. We have included Backdoor Roth IRA information below for all of those who have exceeded the income limits for Roth IRA.

What to Do if You Exceed the Roth Income Limits: Backdoor Roth

If the idea of a Roth IRA is appealing but you have surpassed income limits for IRA, you can pursue a Backdoor Roth instead. While there are a few hoops you’ll have to jump through, a Backdoor Roth IRA has both of the following benefits:

Essentially, a Backdoor Roth IRA allows those who have exceeded the income limits for Roth IRA to open a traditional IRA which can later be converted to a Roth IRA. The benefits of doing so are huge.

While all of your contributions will be taxed, you will be able to withdraw your money free of tax when you need it. Additionally, a Backdoor Roth does not set Roth IRA limitations on the amount you can contribute.

To be clear, anyone under the age of 50 can only contribute $5,500 to a Roth IRA. Those who are 50 and older have the option of contributing $6,500 in order to catch up on their investments.

With a Backdoor Roth, however, you are simply contributing to a Traditional IRA before it is converted. Therefore, anyone who surpasses the Roth IRA income limits can contribute as much money as they want to a Backdoor Roth.

While the Backdoor Roth IRA is mostly used by those outside the income limits for a Roth IRA, it is available to anyone who earns money. It is possible for anyone to open a traditional IRA and later convert it. One reason this is most commonly used by those who exceed Roth income limits, however, is because they can contribute more per year. More often than not, the $5,500 Roth contribution income limits will be the right amount for you.

Another reason the Backdoor Roth IRA is most commonly used by those outside the Roth income limits is due to the amount of up-front taxes it will cost you.

This is different than opening a standard Roth IRA, where you will never be taxed on your earnings. Therefore, you should only consider a Backdoor Roth if you are outside the Roth IRA income limits. Since the main benefit of a Roth IRA is to avoid taxes on future withdrawals, a Backdoor Roth may not always make sense.

Again, you will have to consider your tax brackets. Will you make more when you retire? Would you rather be taxed now instead of later? If your answers are yes, then there is no reason to ignore this option.

Conclusion: Weigh the Risks and Rewards

Ultimately, the choice between a Roth IRA and a traditional IRA is up to you. While there are income limits for Roth IRAs, anyone who earns money throughout a given year can open a Roth IRA, either by qualifying or by using the Backdoor option.

It will be your job to consider your future income and tax bracket before deciding.

Keep in mind that there are Roth IRA income limits and Roth IRA max incomes for a reason. Would a Roth IRA benefit someone currently in one of the highest tax brackets? No. Would it benefit those whose taxes are minimal? Probably. These are some of the questions you will have to consider.

Based on your career, how much do you think you will be taxed ten years from now? How about twenty years from now? If your income and taxes only continue to rise, a Roth IRA might be perfect for you.

Now that you know the basics, you can make a more informed decision. Talk to a financial advisor about different retirement plans. It is never too early to start saving for your future and as long as you invest wisely, you will be thanking yourself later.