One of the most important financial considerations Americans have to make is how they will prepare for retirement. Government assistance, like Social Security, is meant to serve as a supplement to other income streams in retirement – not as your major source of income.

As a result, the onus is on individuals to look into options regarding saving for retirement, like a traditional 401k or Roth 401k.

Navigating the world of qualified retirement plans can be tedious. If you have been participating in your employer’s 401k or Roth 401k and find yourself changing jobs, you may have no clue as to how to switch over those earnings to a new retirement account without experiencing penalty fees.

This article will go over the difference between a Roth IRA and 401k as well as give you the basics about what you need to know to rollover a 401k to a Roth IRA.

Anybody who is remotely familiar with retirement planning in the United States has likely heard of a 401k or Roth 401k (less popularly referred to as a 401k Roth).

They are opened by the employer, and when you become an employee, you can opt into the account. The account is named after the section of the tax code that dictates the rules for this retirement savings account. 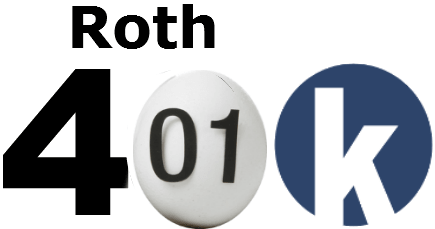 When you get a traditional 401k or Roth 401k, you can contribute a portion of your earnings towards a retirement account managed by a company hired by your employer. Most employers match your contributions to this account, which is why most people advise, if possible, to contribute up to at least the maximum amount your employer will match to your traditional 401k or 401k Roth – after all, there is no point in missing out on free cash.

There are a few key differences between a traditional 401k and a Roth 401k when it comes to withdrawal requirements and such, but the key distinction is how taxes are paid on both accounts.

Most employers offer a traditional 401k instead of a Roth 401k.

As a result, those saving for retirement can prepare their yearly contribution budgets accordingly.

Withdrawal Specifications for a Traditional 401k and Roth 401k (When and How Much Can I Withdraw from My 401k or 401k Roth?)

There are also specific rules surrounding the money you withdraw from your traditional 401k or Roth 401k.

Regarding most retirement accounts, you cannot keep the money locked away indefinitely. For your 401k (either traditional 401k or Roth 401k), you are required to start taking minimum distributions by, generally speaking, “April 1 following the later of the calendar year in which you: reach age 70 and a half or retire.”

This excludes sections that were already taxed or are considered qualified contributions. Where earnings are involved, there may be some portions of your 401k Roth that are subject to taxes. This is calculated as a prorated amount.

What Is the Difference Between a Roth IRA and 401k? (401k Roth IRA Comparison)

This 401k Roth IRA comparison will specifically focus on the Roth IRA as opposed to the traditional IRA. An IRA is an individual retirement account that can be opened and contributed to if you have an earned income. So, money from a job and even alimony counts, but interest or capital gains do not since these are considered passive forms of income.

Before launching into the exact difference between a Roth IRA and 401k for our 401k Roth IRA comparison, let’s quickly go over what separates a traditional IRA from a Roth IRA. Contributions to a traditional IRA are tax deductible, and income tax is paid when the withdrawals are eventually made whereas contributions to a Roth IRA are not tax deductible, but you do not have to pay taxes on your withdrawals later in life.

There are minimum distributions requirements for a traditional IRA but not for a Roth IRA. Your money can stay in a Roth IRA for as long as you please, but you eventually have to start withdrawing money (and paying income taxes) on a traditional IRA.

Additionally, a Roth IRA has participation requirements. This is another key distinction to make before moving on to our 401k Roth IRA comparison.

There are eligibility requirements to be able to contribute to a Roth IRA. You currently have until April 2017 to make a 2016 Roth IRA contribution. With a Roth IRA, if you are single and make less than $117,000 annually, you can contribute $5,500 a year.

If you are married and filing jointly and make less than $184,000, you can contribute $5,500 a year. With a traditional IRA, there is no eligibility requirement, but you have the same yearly contribution limit of $5,500 and those who are 50 years of age or older get to contribute an additional $1,000 a year as a catch-up amount.

What Exactly Is the Difference Between a Roth IRA and 401k?

There are a number of factors that create a difference between a Roth IRA and 401k. The first, most obvious one that comes to mind is that the 401k is an employer-sponsored program that usually comes with a maximum amount that employers will match.

A Roth IRA, on the other hand, can be set up by an individual, as the name suggests. With a 401k plan, funds are taken from each paycheck before taxes have been deducted from it.

The other difference is that the plan provider for a 401k decides what kinds of investments are available for participants, and the participant can decide where he or she wants to allocate the money.

You can contribute more per year to a 401k. Additionally, 401k accounts normally come with a matching contribution from employers. These are important differences to take into consideration for people who wish to roll over a 401k to Roth IRA.

Roll Over 401k to Roth IRA: Which Factors to Consider When Moving a 401k to a Roth IRA

The biggest reason why people choose to roll over a 401k to a Roth IRA is because they leave their jobs. If you change jobs and already had a 401k set up with a particular employer, you have to make a decision about what you want to do with the money now sitting in that 401k account. Deciding to convert a 401k to a Roth IRA is one move people make, but there are alternative options.

The first question that comes to people’s minds before they even think about whether to roll over a 401k to a Roth IRA is, “Should I just leave my money with this employer?”

First of all, cashing out the 401k or Roth 401k account instead of moving the money (perhaps switching from a 401k to a Roth IRA) is not a smart option. You will be hit with penalty fees in addition to being taxed on the earnings.

In the long term, you will have missed out on the potential earnings from keeping your money in a qualified retirement account. Unless it’s in cases of extreme emergency, cashing out your retirement account is considered a big no-no.

If you leave the money behind, it will not be able to do much since you can no longer contribute to that particular fund. The best option is to do a changeover and either convert the 401k to a Roth IRA or transfer the money from a 401k to a new 401k with your new employer. The following provides information for those who want to do a 401k rollover to a Roth IRA.

Typically, if you take money from your 401k, it is considered an early withdrawal, and you become subject to paying taxes (and a potential penalty fee) to the IRS.

However, the tax code provides some wiggle room for those who want to withdraw their funds simply to put them into another tax-advantaged account, such as carrying out a 401k to Roth IRA switch.

If you wish to roll over a 401k to a Roth IRA, you have 60 days from receiving the funds to deposit the money into another qualified retirement account before the IRS requires you to pay taxes on the amount. 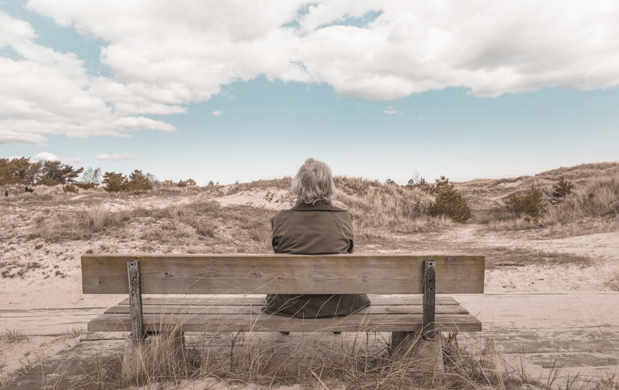 Keep in mind that you cannot rollover a 401k to a Roth IRA if you are still working for your employer unless you are over 59 and a half years old. Assuming you are not that age, a 401k rollover to a Roth IRA has to take place after you leave the workplace that provided this 401k account.

Conduct research into the different brokerage firms available to you. When you make the decision to convert a 401k to a Roth IRA, you will be moving your money from an account sponsored by your employer and managed by a firm it chose to an account directed by you and managed by a firm of your choice. As a result, look into the best brokerage firms with competitive management fees.

After understanding the process of how to roll a 401k into a Roth IRA, you may wonder whether a 401k to Roth IRA switch is the best scenario for your financial situation. The other popular alternative to deciding to roll over a 401k to a Roth IRA is doing a rollover from a 401k to a traditional IRA.

Consider the different tax advantages of a traditional IRA and Roth IRA. If you think you will be making more money in retirement than you are right now, then roll over a 401k to a Roth IRA.

You are not required to pay income tax on withdrawals from a Roth IRA, so you are guaranteed a portion of your income that is tax-free.

If you will be making less in retirement than you are right now, then it is best not to roll over a 401k to a Roth IRA. You will have a smaller marginal tax rate and have to pay fewer taxes or even no taxes compared to your current tax situation. As a result, it is better to choose a traditional IRA where you get the tax deductions now instead of choosing to roll a 401k into a Roth IRA.

Keep up with Your Retirement Planning

It can be easy to get comfortable about retirement savings when you are participating in an employer’s 401k or Roth 401k. However, when it comes time to make a career change, switching over your traditional 401k or 401k Roth may not be so fun.

Don’t lose out on retirement earnings and definitely do not pay the IRS earlier than you have to by failing to roll over the funds. Be proactive about your money and ensure you are well-prepared for retirement.

Making the move (both career-wise and retirement savings-wise) is as simple as researching new brokerages and setting up a transfer.

Use the information in this guide on how to roll over a 401k to a Roth IRA to understand the basics and equip yourself with the knowledge you need to make smart and informed decisions.