Robinhood App Review – What You Should Know! (Robinhood Trading & Review)

If so, you've come to the right place. Here, at AdvisoryHQ, we’ve done some Internet sleuthing and have hunted down the best and most trustworthy Robinhood reviews so that we could conduct our own review.

We'll get into the details later, but our research has found that the Robinhood trading app is a trustworthy and effective way to conduct trades.

What Is Robinhood? Robinhood Trading Review

The Robinhood app is:

Robinhood app reviews back this claim up, with many reporting that using the Robinhood trading app can save you hundreds or even thousands of dollars per year in fees.

In the past, if you wanted to buy stocks, you would have to call up a brokerage firm. This firm would then have to send a physical person to the trading floor, and that person would put in bids on your behalf. 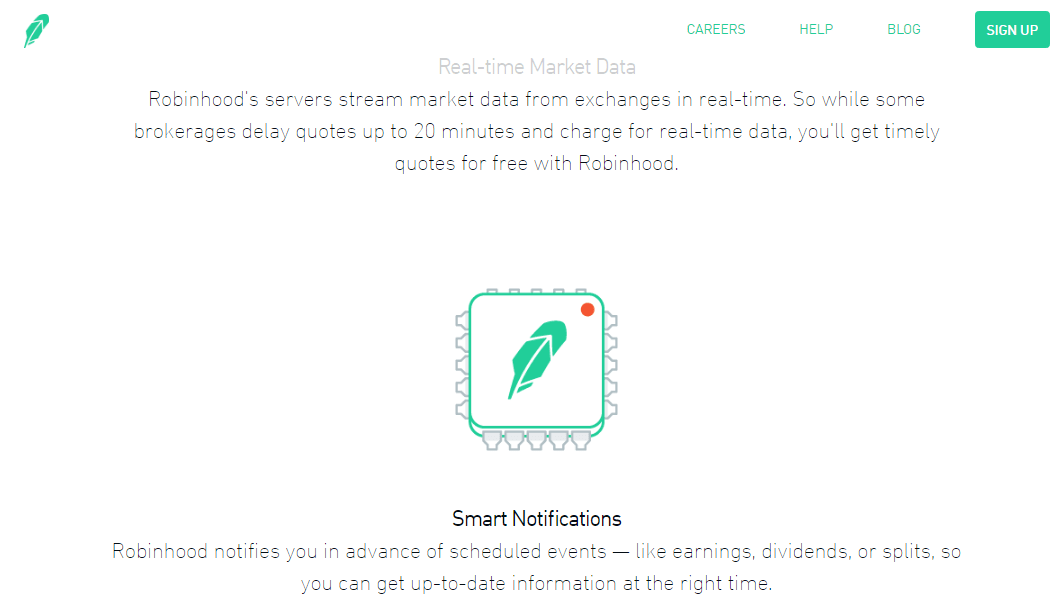 If your bids were accepted, you'd be the proud owner of some stocks. Sending a physical person to a physical trading floor was expensive, however.

With the advent of computers, phones, and the Internet, among other technologies, stock markets have been automated. Most trades are now actually conducted electronically.

This greatly reduced the cost of trading stocks (and Robinhood app reviews show that costs are being reduced even further!).

Instead of having to send people to trading floors, brokers can place bids and facilitate trades through computers. This greatly reduced trading costs. Soon, brokers were offering trades for only $30 dollars or less; then it was $10 dollars or less. Now, the Robinhood trading app promises 100 percent free trades!

Robinhood is tapping into the power of low-cost, electronic trading. The many Robinhood app reviews we have read confirm it: trades through the app are genuinely free. So if you're looking to make some trades while saving some cash, the Robinhood trading app is the way to go.

What is Robinhood specifically? It is an app that can be installed on your smartphone. As of now, the app does not work through a web browser and can only be accessed from a smartphone. Many Robinhood app reviews complained about this as we'll discuss later. 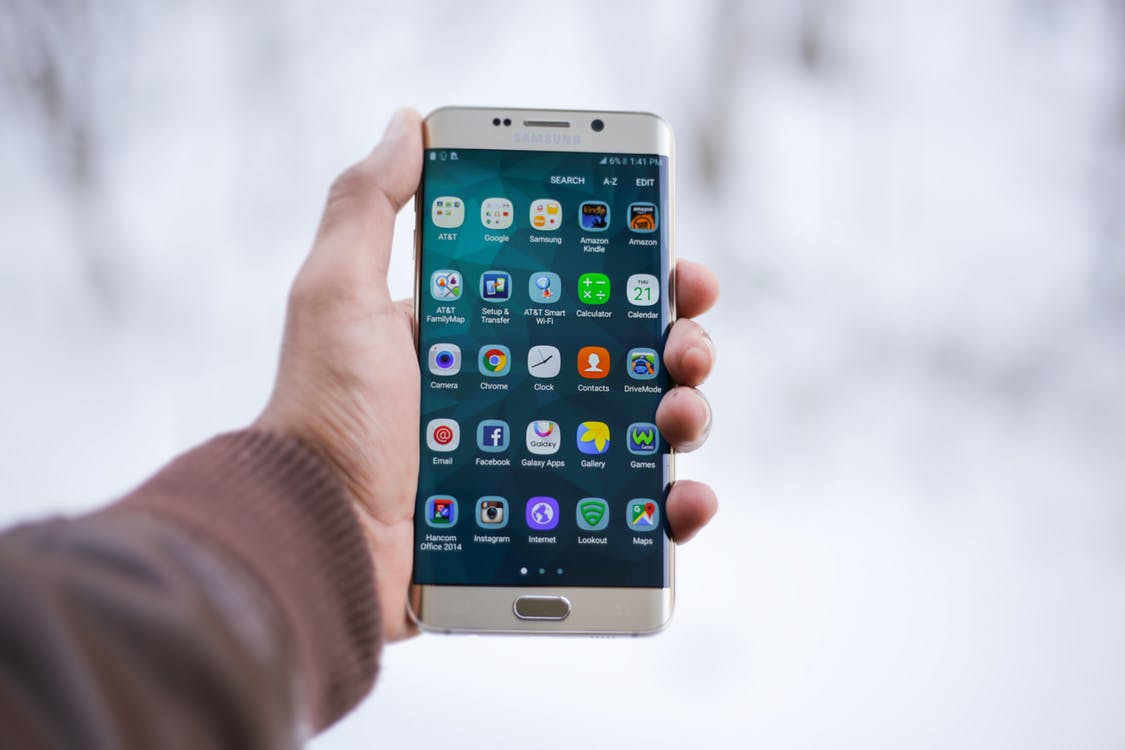 Another thing that professional traders have noted is that the reliance on mobile phones and free traders could lead to more amateurs getting involved in stock markets. While this is all fine and dandy, some critics in their Robinhood app review noted that it could lead to bad investing strategies and a lot of people losing a lot of money.

Overall, however, despite concerns about aspects such as charts and research, most professional Robinhood app reviews lauded the app for its free trades.

Consumers, by and large, praised the app in their Robinhood trading app reviews. On Google Play, the stock trading app secured a score of 4.6, which is very high for any app. Google Play reviews for the Robinhood App lauded it for being very cheap and generally effective. Just about every user gave the app praise for its lack of fees.

Of course, you don't have to take our word for it. Check out what this Android user said in his Robinhood Android review: 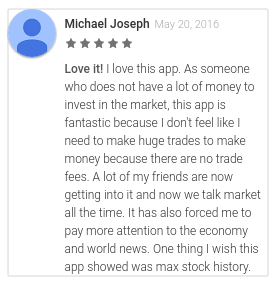 Robinhood app reviews also complement the app's aesthetic and intuitive interface. An intuitive interface is certainly important for any app and especially a stock trading app where you will be conducting a lot of trades, often with time being a constraint.

As you know by now, after reading our Robinhood review, the app is designed for stock trading. When it comes to stock trading, speed is very important. Ask any trader and he/she will tell you that even a few seconds can be the difference between profits and losses.

That's why, when conducting our Robinhood review, we paid special attention to how the app performed when it came to actual stock trading. Luckily, numerous professionals and app users included a Robinhood stock review in their analysis, and by and large, we have found that the app performs well. However, some did complain about slow quote speeds.

Robinhood stock reviews have generally complemented the app for executing trades quickly. While some have doubted the app's speed, most report that the app executed trades quite quickly. The company itself claims “fractions of a second,” but this most likely refers to optimal trading conditions.

While there were not too many negative Robinhood.com reviews, some were found. Often, the complaints of any negative review were related to technology. Many people complained that it took them a long time – in some cases, months – to get the app set up so that they could trade. Technical glitches can happen with the Robinhood trading app and just about any other app, however.

Other people noted in their own Robinhood.com reviews that the app is rather limited when it comes to features. People would like to see more advanced charts, prediction tools, and an improved newsfeed. For investors, charts and being abreast of news developments are essential.

Another complaint was that the quote speed was rather slow. This means that you may not be getting the most up-to-date quotes. If you are going to engage in fast trades, like day trading, the Robinhood trading app may not be the best fit.

When it comes to the Robinhood stock app, however, it's important to recognize that you're getting what you pay for. If you want advanced analytic tools built into your trading app, you'd better be ready to pay more for trades and/or the research platform itself.

Over time, the Robinhood trading app will likely continue to improve. More advanced charts, better reporting tools, etc. will likely become available. It is possible that the company may try to charge fees for these value-added stock trading services, but even so, we suspect costs would be relatively low. This is all speculative, of course.

Another discovery we have found in our Robinhood app review is that some people doubt the app will even last that much longer. The app itself doesn't offer a lot of value-added services that serious traders crave, and the money-making model is a bit questionable.

Given the fast and rapid changes in the tech industry, this is a risk for every single app. The fact is, however, the future is hard to predict, so the Robinhood trading app should not be written off just yet.

The Robinhood trading app delivers where it promises: free trades. A multitude of Robinhood app reviews confirm that it is legitimate, and recent changes will make it easier for people to sign up and start trading. This stock trading app seems like a great choice for people looking to get started on trading.

Some of the other criticisms found in Robinhood app reviews should be taken with a grain of salt. The Robinhood trading app does not feature a lot of research tools, advanced charts or other things that professional investors will claim are necessary. Luckily, there are tons of other resources out there, such as Yahoo Finance and Bloomberg. Many of the negative reviews didn't seem to take this into account.

If you decide to use the Robinhood trading app, you should couple it with outside research. Use other websites, such as Bloomberg, to build up your analysis, and then use Robinhood to conduct the actual stock trades. This way, you can have the best of both worlds without having to spend a lot of money on a stock broker.