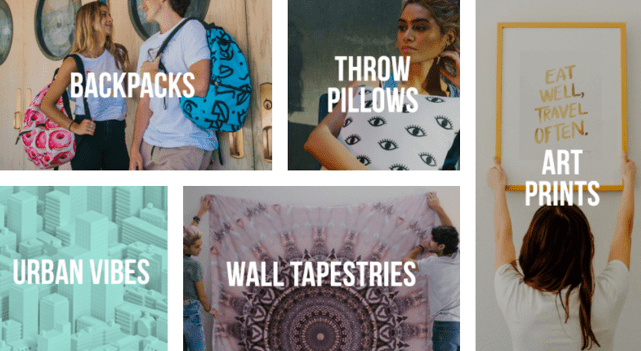 Despite the unique appeal of their work, independent artists have traditionally had a difficult time gaining exposure and finding a reliable customer base for their art.

Thankfully, with the advent of the Internet, it’s becoming much easier for artists to join selling websites, create online shops, and find new opportunities to reach customers across the globe.

One such forum is Redbubble, a free online marketplace designed to connect shoppers to over 400 thousand independent artists and designers across the globe.

If you’re new to shopping on Redbubble, how do you know if you can trust that you’re getting what you paid for? What is the actual shopping experience like?

For new shoppers, looking at Redbubble reviews from actual users is one of the best ways to help you determine whether buying from Redbubble is worth it.

If looking through Redbubble reviews leaves you with more questions than answers about the site, don’t worry—afterwards, our Redbubble review will provide a few other comparable options to buy from independent artists.

If you’re interested in supporting independent artists and are looking for unique, creative designs, read on. Our Redbubble review will provide a complete overview of what you can expect from the Redbubble shopping experience, both good and bad.

There are over 1,200 Redbubble reviews on SiteJabber, giving the site an overall rating of 3.0 out of 5 stars.

Over 60 percent of Redbubble reviewers gave their experience a full 5-star rating, with many applauding Redbubble shirts and accessories for high-quality construction and unique appeal.

For example, in her Redbubble review, user Julie G. says :

“Everything was perfect…The shirt [is] amazing and I was happy that it was easy to choose the size from the model picture.”

Although Redbubble shirts are a common purchase among reviewers, there are plenty of positive Redbubble reviews that mention other items from the Redbubble store, like home décor and accessories. 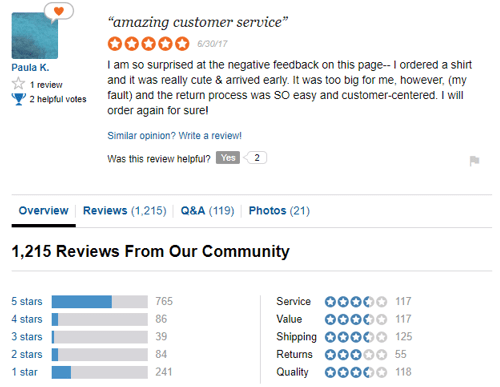 For example, in her Redbubble review, user Skyla M. says:

I ordered a phone case, a wall hanging, and a print. I couldn’t be happier with my experience with Redbubble. The phone case is VERY good quality. I can’t wait to show it off. The wall hanging is way more than expected. Great material, great photo quality and I ordered the small, it’s huge!!! Great size for my money.

Along with high Redbubble quality of items, many Redbubble reviewers also describe having great experiences with customer service.

For example, in his Redbubble.com review, user Jamie R. says, “I had an issue with an order, and I could not be happier with my customer service experience. Redbubble has gained a repeat customer.”

Similarly, in her Redbubble review, user Anastasia D. applauds their customer service department, saying that “They were very polite and handled my silly mistake wonderfully. Definitely a great website and a lovely customer service team!”

Although there are many positive Redbubble reviews, there are plenty of Redbubble complaints on SiteJabber to consider.

In total, approximately 26 percent of shoppers rated Redbubble shirts and accessories with either 1 or 2 stars.

Our Redbubble review found that the most frequent Redbubble complaints come from various issues with shipping.

For example, one Redbubble review from user Lesley H. says:

STAY WELL AWAY! Paid for express delivery, tracking said ‘undeliverable’ and has no further information available. Says they left a calling card but they didn’t – our office has a manned reception so we know nobody tried to deliver anything.

In fact, negative Redbubble reviews report on a wide range of shipping issues when it comes to ordering from the Redbubble store.

BEWARE. if your package gets lost in the post, Redbubble will not care and not give any explanation on to why. I wrote an email on how I was waiting for so long and if I am not going to receive it, then I would like my money back.

They went straight to refunding my money than trying to find out what happened to my package and if it was possible to send a new package. Not impressed at all.

Although the majority of Redbubble.com reviews on SiteJabber are positive, there are enough critical Redbubble reviews to make new shoppers consider the likelihood of a delayed shipment before ordering Redbubble shirts and accessories.

There are over 4,100 Redbubble.com reviews on TrustPilot, giving the Redbubble store a total rating of 6.9 out of 10.

Along with high Redbubble quality of products, our Redbubble.com review found that one of the most common elements within positive Redbubble reviews is the customer service department.

Nearly every reviewer described having a positive experience with customer service, like Redbubble reviewer Nik H:

…The only problems I have had have been on the postal/delivery end and every time Redbubble has come through with fixing the problem to my satisfaction. I can definitely [say] that I will continue to do business with this company for a long time.

Why is their customer service department getting so many passionate reviews? After sorting through numerous Redbubble.com reviews, we found that perhaps one of the driving forces could be their return policy.

According to Redbubble reviewers, instead of making shoppers go through frustrating return process for damaged or unsatisfactory items, Redbubble will simply process a refund and allow the customer to keep or donate the item.

Approximately 24 percent of Redbubble reviewers rated their experience as “Poor” or “Bad,” the lowest ratings possible.

Similar to reviewers on SiteJabber, many Redbubble reviewers on TrustPilot state issues with shipping and delivery as their top complaint with the Redbubble store.

For example, in his Redbubble review, user Daryl expresses frustration first with a lost birthday present, and then with the inability to put expedited shipping on the replacement.

In his opinion, “For a small item sent and delivered within the UK, I feel that the process of getting a replacement (having to wait over a week for the delivery) is overly complicated and does not reflect any regret for error on the part of the company.”

Additionally, some users question whether the shipping and tracking process could use a complete overhaul to make information more accessible to shoppers.

For example, in his Redbubble review, user Dejan Tayenthal describes the entire process as “messy-ish,” suggesting that:

I’m sure there are enough people out there who do not know what to do when their order does not arrive, since the homepage is not really upfront about that either, even though their [sic] are many complaint[s] from people about delayed deliveries and stuff like that.

Having to go to “send a request” on the homepage does seem like a very odd thing to do, when you just want to know what happened to your order.

Related: Torrid Review | What You Need to Know Before You Shop at Torrid Clothing

If you love the basic ideas of the Redbubble store—but aren’t fully convinced that Redbubble shirts are the right fit—there are a few sites like Redbubble to consider.

One of the top sites like Redbubble is Society6, a global marketplace set on “empowering independent artists worldwide.”

As one of the top sites like Redbubble, choosing between Redbubble vs. Society6 is a common dilemma among shoppers looking to purchase original designs from independent artists.

Since both sites have similar goals and functions, what sets them apart? How can you choose between Redbubble vs. Society6?

In the sections below, our Redbubble review has provided a quick comparison of Society6 vs. Redbubble to help you determine which site will best fit your unique shopping needs.

When comparing Society6 vs. Redbubble, both sites share the following characteristics:

When comparing Society6 vs. Redbubble, there are some key differences between the sites, including:

If you’re curious about sites like Redbubble, Teespring is another popular option to consider.

Independent designers launch millions of unique products on Teespring each month, choosing to either use the profit as income or donate towards a favorite charity.

See the sections below for a quick comparison of how Teespring measures up when comparing Redbubble vs. Teespring.

As one of the top sites like Redbubble, Teespring shares the following characteristics:

When comparing Redbubble vs. Teespring, there are a few crucial differences for shoppers to consider when choosing sites like Redbubble:

Read More: AMIClubwear Reviews | Can the Site Survive? Is It Worth Shopping at?

There’s no doubt that the Redbubble shop provides a unique marketplace for anyone to access independent artists creating one-of-a-kind designs and products.

Based on Redbubble reviews, the site has plenty of highly satisfied shoppers who would recommend buying Redbubble shirts, home décor, and accessories.

Their customer service seems to consistently go above and beyond to ensure that shoppers are satisfied with their purchases, which certainly reflects highly on the company.

Redbubble complaints consistently mention delayed shipping and issues with tracking numbers, suggesting that the entire shipping process may need to be restructured.

If you’re not completely sold on Redbubble but love the concept, you can choose either of the sites like Redbubble mentioned above to support independent, talented artists from across the globe.

If, however, you’re set on trying out Redbubble for yourself, their long track record of positive customer service and vast selection of unique designs and products certainly make this shopping site worth a try. 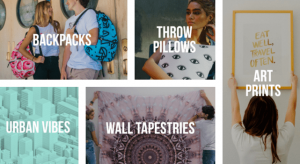