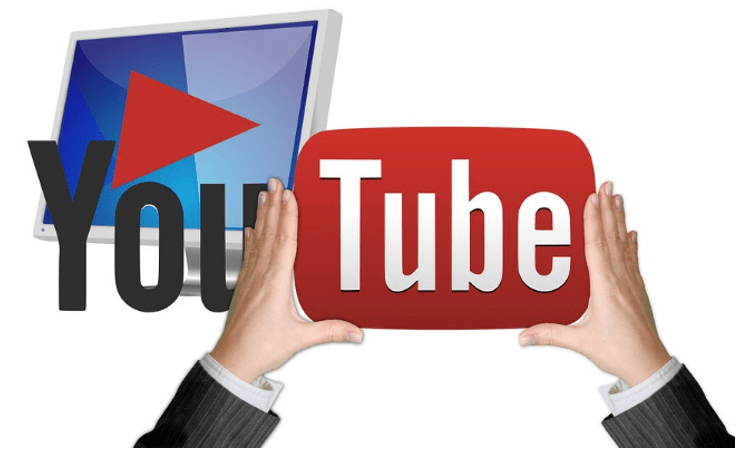 This 27-Year-Old College Dropout Gets Paid $12 Million a Year!

That is the career of a YouTube megastar who goes by the name “PewDiePie.”

PewDiePie (real name: Felix Kjellberg) is a Swedish twentysomething online star who records his actions and posts them on YouTube. The number of views of his latest exploit could fill the largest US NFL stadium 130 times over.

How did a college dropout become king of the bandwidth? By doing what he loves—playing video games. This is the fascination with PewDiePie. He is the embodiment of the popular wisdom, “do what you love.”

However, this advice wasn’t shared by his parents. They became despondent when they first learned of their son’s decision to leave college. He represented a promise of a strong academic career. He exhibited raw ability in the sciences as evidenced by his high tests scores at the conclusion of his high school career. But he was unhappy in college. He wanted to do something truer to his nature.

He quickly got a job working a hotdog stand to make ends meet. The idea of a YouTube account blossomed out of boredom, not an entrepreneurial spirit.

The draw of his original YouTube videos was never fame or fortune. In 2010, the concept of making money via YouTube gamer content was unthinkable. Yet, this is exactly what Kjellberg does today. He plays video games (often lesser-known titles) and comments on the gameplay. 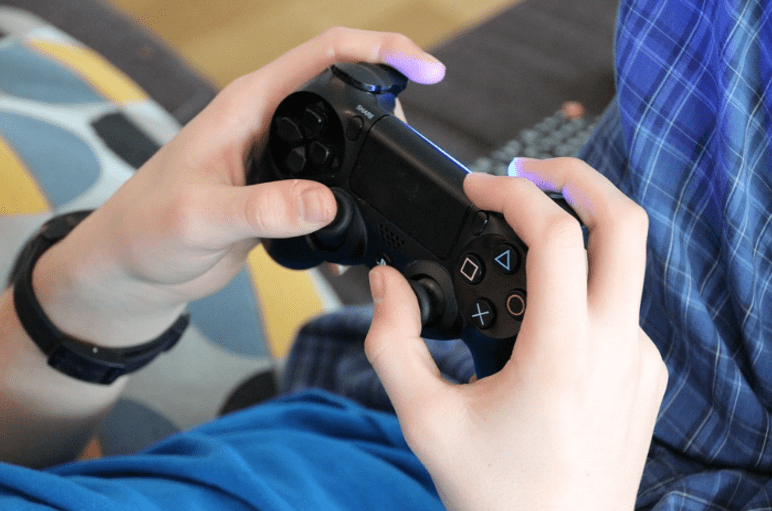 This isn’t in-depth commentary regarding stylized artistic flourishes or remarks on the underlying narrative of a title. This is the yelling and screaming you remember from being snowed in at your friend’s house with only a Nintendo to entertain you.

There was no business plan accompanying Kjellberg’s endeavor. But if there had been it would have looked good. He couldn’t have known that in just five short years, the online video game audience would reach 500 million yielding revenues of $3.80 billion. He has a big piece of the “pie” in PewDiePie.

How big is his slice? The Wall Street Journal estimated his 2014 take to be $4 million. The following year, Expresen (a Swedish publication) estimated his income grew to $7.4 million. For now, this number will only continue to grow, just as his subscriber list does year to year. Today, he enjoys more than 47 million subscribers. This is akin to every citizen of Spain subscribing to his channel.

Kjellberg’s view of his newfound fortune reads like the musings of so many other millionaires. He explained in a video, “I really think money doesn’t make you happy.” Humanity begs to differ. “I have nine billion views, and that translates to something. There are ads on my videos—I make money out of those,” he explains. But how does he do it?

“I think that’s what’s cool about YouTube, that anyone could technically do it,” Kjellberg tells his viewers. “Technically” seems to be the operative word here. There are a lot of technical factors at work. Make no mistake—there is a business in play, and there are other players. Four years ago, Kjellberg engaged in a contract with Maker Studios. The contractual agreement was followed by a sharp increase in monthly views. The PewDiePie empire expanded. An online store developed, an app followed. There were more subscribers and more revenue streams.

The easy millions Kjellberg enjoys incite anger in many. They take issue with the inane content and meaningless ramble. However, in a world of digitized relationships, few would resist those same millions if they were asked to stand on their head and spew a few seemingly stupid lines. The uncomfortable truth is that many of us sacrifice just as much esteem for much less pay. We do it every day, from nine to five.

The PewDiePie payday is even more impressive when you consider the math. The traditional agreement between creators and YouTube is based on a 45/55 split. Google, (the owning company) keeps 45% of all the ad revenue the creator generates, and the other 55% is the creator’s. How much do these ads bring in? 1,000 views yield an average of $7.60 in revenue. Making some money is easy. Making real money is a steep climb.

PewDiePie tapped into an enormous, nascent market few knew existed. There is an insatiable appetite for breezy game commentary punctuated by the hijinks so loved online. No one has argued this content is Shakespeare. It doesn’t need to be to make money.

Consider Twitch.tv, the 2011 startup that followed Kjellberg’s debut. The streaming video service offers viewers the chance to watch others play video games. This is the ESPN of high-octane gaming. The viability of this platform is evidenced by it’s data-rich owner, Amazon.com. At 100 million visitors per month, there is clearly an emerging market here.

If you’re not impressed by PewDiePie’s #1 ranking by subscribers, then perhaps you’ll be surprised by just how much of a #1 he truly is. The second place ranking for YouTube subscribers belongs to HolaSoyGerman with 28 million subscribers. This is only 60% of what Kjellberg brings to the platform. Katy Perry, Justin Bieber, and Taylor Swift all fall lower on the list. Welcome to the new world of digitized content.

Don’t Miss: Udemy Review—What Is Udemy? Get all the Facts (Udemy Courses Review)

Six years is an eternity online. That is how many years have passed since PewDiePie hit the scene. He reigns today and likely will for a long time. The question remains: what keeps his subscriber list growing? What keeps his viewers returning? Many speculate that today his viewership is attributable to those curious about his wealth. More than video games, the public seems curious—even hateful—about his capacity to make money for seemingly minimal effort.

People watch to imagine how their own fortune could be made in the YouTube model. The truth is that no one will achieve what PewDiePie has. There is no model, there is no science. There is only the convergence of timing and low barriers to entry.

YouTube is the great leveling field of income potential. Viewers don’t care about your education, work experience, or your CV. Viewers only care about entertainment. There were never more true words than those of Peter Steiner. In 1993, as a cartoonist for The New Yorker, he wrote, “On the Internet, nobody knows you’re a dog.” While we might know what PewDiePie looks like, we don’t really know who he is.

Outside a few uncharacteristically personal video entries, he seems to be presenting a version of himself rather than whoever he really is. At times, he points to this fact with comments like, “If you looked as good as I do in a bikini, then you could probably pull it off too.” How long can the bikini game last? Well, it’s the Internet, so a pretty long time.

The scalable nature of his style lends itself to longevity. There will always be new games to comment on. His material isn’t derived from any creations that are truly his own. Rather, he is a critic of sorts—a commentator. He is the consumer for the consumer in a culture defined by its consumerism. He is the representation of his audience, which is the deftness of his approach.

For this reason, it is unlikely that you’ll see this star tread on the sanctity of other mediums like movies or television. He knows his arena, and he owns it. Now that he’s enmeshed in the YouTube business apparatus of easy content and big dollars, he’s unlikely to move.

PewDiePie has engaged the YouTube Red platform. This is a paid service for YouTube devotees. YouTube is his home, and it is his people. At its worst, his channel is an accident that wouldn’t draw many glares, if only people didn’t stop to look while traversing the Internet. At its best, his success represents the unprecedented opportunity afforded by the Internet.

With a little creativity, the right platform and exceptional timing, anyone can make some money doing what they love. To call him the Jesus of a restless and impatient generation would be unfair. He is leveraging a new technology where conventional rules of success don’t apply. His expressions and comments don’t exhibit the revised, tested content of today’s late night show hosts. While he is undoubtedly playing a character, it is at least one realized in real time. He is not victim to the whims of traditional ratings. Viewers access him anywhere.

Is It For Real?

The money is certainly real. Is PewDiePie for real? His embracing of “bro” culture seems ironic. It’s difficult for one to accept that someone who pursued a degree in industrial economics and technology management can be serious about partnering with “bros.” His logo is a fist. Does this exemplify gaming culture, or does it make some kind of post-modern, self-referential joke? His tone vacillates between incoherence and misplaced, armchair aggression. Perhaps this is to the delight of his viewers. There’s no drama or advice, just silliness. His presence is a reminder of the capricious joys of our youth.

In response to his critics, Kjellberg responds, “A lot of people which I saw were very very angry. They thought it was unfair. They thought I just sit on my ass all day, and I just yell at the screen over here. Which is true!”

That’s all it takes to build a million-dollar empire. There is no real sense in trying to make sense of it. The business model is comprised of free, bite-sized morsels of empty calories. In a sense, PewDiePie is a hard, candy mint sitting in a bowl in a doctor’s waiting room. Only the waiting room is the Internet, and a few billion people are passing through.

Popular Article: Radaris Review | Exactly What Is Radaris? What You Should Know