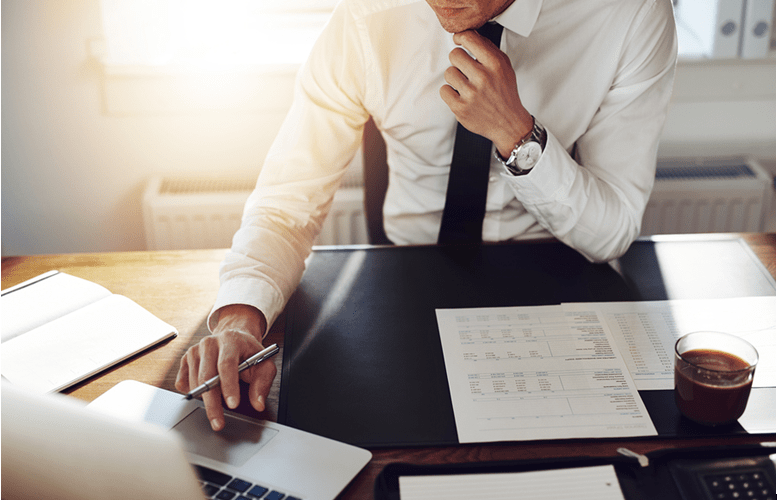 As a small business owner, you have many choices when it comes to getting a loan. Two of the most talked-about options in the industry are OnDeck and Kabbage.

Both companies provide similar services to their customers, but there are some key differences that are important when making a choice between the two companies. There are many Kabbage.com reviews available on the internet.

Here we will be providing a complete review of Kabbage vs. OnDeck, as well as comparing them to other Kabbage competitors and OnDeck competitors.

When comparing OnDeck vs. Kabbage, both companies were started to fill a similar void in the marketplace. Small businesses needed loans to get started, especially during the Great Recession, but could not get those loans quickly. Kabbage and OnDeck were both created to provide small business customers with an easy way to get startup funds fast.

OnDeck was launched in 2007 with the goal of helping small businesses get started by evaluating them based on their performance, potential, and circumstances. Many larger lending companies will not loan to small businesses because they evaluate based on credit – something that many small businesses don’t have much of. 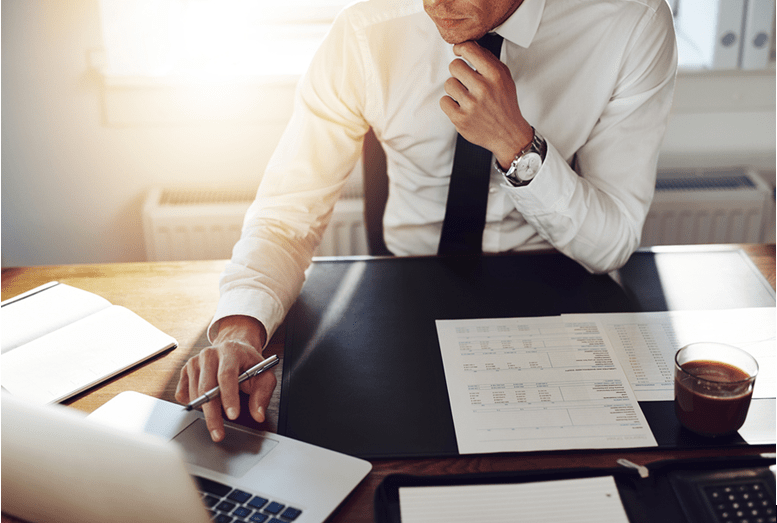 Since 2007, OnDeck has offered more than fifty thousand business loans to businesses in a huge variety of industries. By 2014, just seven years after the company’s founding, their revenue had soared to over $65 million, far outperforming many OnDeck competitors. The company is headed by Noah Breslow.

Kabbage was established shortly after OnDeck, in 2009. They made their first loans in May of 2011, and since then have expanded to offer loans to companies in both the United States and the United Kingdom. Over the course of their seven-year career, Kabbage has lent a total of over $1.6 billion to over seventy-five thousand customers in the United States, far more than Kabbage alternatives. The company is led by CEO and founder Rob Frohwein.

When comparing OnDeck vs. Kabbage, both companies have very similar histories. Both rose to prominence quickly in the chaos of the Great Recession and now have developed a steady business providing many types of small businesses with loans. Many OnDeck competitors and Kabbage competitors were founded after seeing the success of this business.

When comparing Kabbage vs. OnDeck, both are headquartered within the United States and provide services to companies throughout the nation.

Kabbage is headquartered in Atlanta, Georgia, one of the United States’ fastest-growing and most culturally vibrant cities, with a corporate office in the Midtown neighborhood. In 2011, Kabbage opened a second office location in San Francisco. This strategic location gave Kabbage better access to the Bay Area’s large number of start-up companies. This also enables Kabbage to compete with Accion, a Kabbage alternative that is based in San Diego. Having offices on both the East and West Coasts enables Kabbage to better serve customers.

In 2013, Kabbage announced that they would soon be providing services in the United Kingdom, and in 2016 announced a partnership with U.K. brand Sandtander UK. Kabbage also announced in 2015 that they were partnering with Australian-based brand Kikka Capital to provide similar services to Australian customers. Kabbage.com reviews often cite this international availability as a major advantage over Kabbage competitors.

OnDeck is based in New York, New York, one of the world’s biggest financial headquarters. They also have offices in Denver, Colorado, a major hub for many up-and-coming companies, as well as Arlington, Virginia, which is located just outside of Washington, D.C., another major metropolitan area. This enables them to compete with Fundation, one of the OnDeck competitors that is based in Reston, Virginia. OnDeck recently also expanded their services into Canada in 2015.

When comparing Kabbage vs. Ondeck, both OnDeck and Kabbage are able to serve customers throughout the United States via the internet, which is especially convenient for customers in remote locations without many lending options. Both companies’ interests in international lending are also very promising for small business customers around the world. 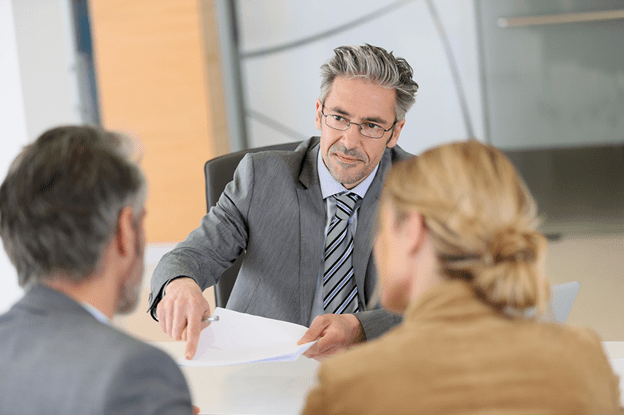 One of the most important things to consider when comparing OnDeck vs. Kabbage is the products and services that they offer. Although their offerings are quite similar in many respects, there are some differences, and there are both positive and negative aspects to the services provided by each company.

OnDeck has two major product offerings. One is a business loan, which can be anywhere from $5,000 to $500,000, depending on the needs of your business. These are approved very quickly, often in as short as one day. The loans are short, with terms ranging between 3 and 36 months. The length of your loan will correlate to the amount of money you borrow.

OnDeck’s second major product is their credit lines, which range from $6,000 to $100,000. These allow small businesses to borrow money as they need it, and they are only charged interest on the amount they actually use. These lines also feed directly into your business’s checking account for easy access. Like the business loans, these are also approved and opened very quickly.

The major benefits of OnDeck’s services are their simplicity and ease of use. While many products offered in the financial industry, particularly by OnDeck competitors, are very complex and may be confusing for many small business owners, OnDeck focuses on making the process simple to understand. They also provide their services to a huge variety of clients in many different industries. However, they do not offer as many products as Kabbage or Kabbage competitors.

Kabbage offers many different products and services to small businesses in need of quick and easy loan options. Kabbage offers a huge variety of loan types, depending on your businesses’ specific needs.

Like OnDeck, Kabbage offers SBA loans and lines of credit. However, they also offer several other types of loans and credit options. These include peer-to-peer loans, revolving credit, inventory loans, commercial lending loans, short term business loans, and much more. Kabbage also offers the Kabbage credit card, which is a physical business credit card that can be used to make purchases. This sets the company apart from Kabbage alternatives.

Another benefit of Kabbage’s products and services is that they offer loans that are specifically targeted at certain industries or demographics. These include loans for retail, medical, construction, and restaurant businesses, just to name a few, as well as loans for special interests such as women and veterans. This encourages a diverse group of entrepreneurs to start businesses and make their commercial visions a reality.

Kabbage offers two types of plans for their loans: a six month loan and a twelve month loan. Loan amounts can range anywhere from $2,000 to $100,000. These loans are very customizable to your individual needs.

When comparing OnDeck vs. Kabbage, as well as comparing to companies like Kabbage, both offer many perks for small business owners. Both systems are completely automated, which allow you to apply online and get your loan quickly and easily. The Kabbage system is very flexible, but the loan amounts offered are lower than OnDeck. OnDeck offers clear and easy services as well as high loan amounts, but it doesn’t offer as many customizable loan or credit products.

OnDeck vs. Kabbage: Qualifications Needed For a Loan

OnDeck’s qualification requirements are fairly straightforward. To receive a loan, a company must have been in business for at least a year. They must also have an annual revenue of at least $100,000. A minimum credit score of a business owner should be at least 500.

In terms of industries, OnDeck has more than 700 industries that they have served throughout the company’s history. They do still have some industries that they cannot lend to, such as certain types of financial services. These qualifications enable OnDeck to provide their clients with high loan amounts and set them apart from OnDeck competitors.

Kabbage has similar qualifications for their loans. To qualify for a loan with Kabbage, a business must make over $50,000 per year in revenue, and they must have been in business for at least one year. Similarly, some Kabbage loans also have certain credit requirements necessary to qualify for a loan. Kabbage loans can be used flexibly in almost any industry, although the company does offer certain industry-specific loans, some of which cater to industries that OnDeck currently can’t serve.

Although these qualifications may be stricter than those of Kabbage alternatives, they enable both companies to provide trusted, high-value loans.

Kabbage loan rates are based on a scale, depending on how much money you actually end up borrowing. Kabbage loans function similarly to a traditional credit line in that you are only charged interest on the amount that you actually use. Fees for this can range anywhere from 1.5% to 12%, depending on how much you borrow. These interest rates are added on top of the monthly payments. There are no early payment fees, which encourage borrowers to pay back their loans early. Many Kabbage.com reviews cite these relatively low fees as a major positive aspect of using Kabbage. 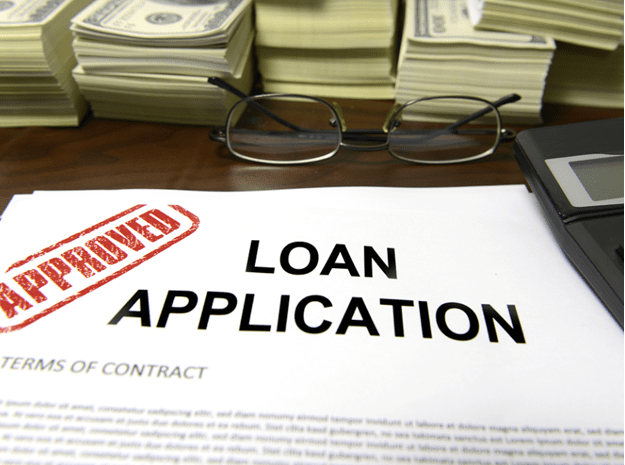 OnDeck’s rates and pricing depend on the length of your loan. For short-term loans, which are anywhere between three and twelve months, rates start at 9%, although the average rate is about 19%. For these types of loans, OnDeck offers a handy total interest percentage calculator to help you determine the total amount you will spend. For long-term loans, which last for 15 to 36 months, rates start at 5.99% and average around 30%.

For OnDeck’s credit lines, the rates are a bit higher, ranging from 13.99% to 39.9%. The fees vary widely depending on your personal credit score, as well as OnDeck’s assessment of your business. There is also a $20 monthly account maintenance fee, which is waived for the first six months if you draw at least $5,000 within the first five days of your account’s activation. Payments are automated and are drawn from your business account every week.

When comparing Kabbage vs. OnDeck in terms of fees, Kabbage’s rates are much lower. However, OnDeck offers much higher lending limits for their loans and credit lines.

Although Kabbage is an automated service, they do offer live customer support via both phone and email. They also offer a variety of customer service options to make life easier for small business owners, such as UPS business deliveries, credit consultations from Dun & Bradstreet, advertising from OpenSky, internet services from Earthlink, and more. These perks are often cited as a major positive on Kabbage.com reviews.

OnDeck also offers 24/7 customer service via phone and email for their clients. They have a live chat option on the internet, which links you directly to a customer service representative so you can chat about your questions. You can also check the status of your account online easily.

Overall, when comparing OnDeck vs. Kabbage, there are many similarities, as well as many features that are unique to each company. Which one you choose depends on your personal business needs. While there are many popular OnDeck competitors and Kabbage competitors, these companies continue to dominate the market for automated small business loans.