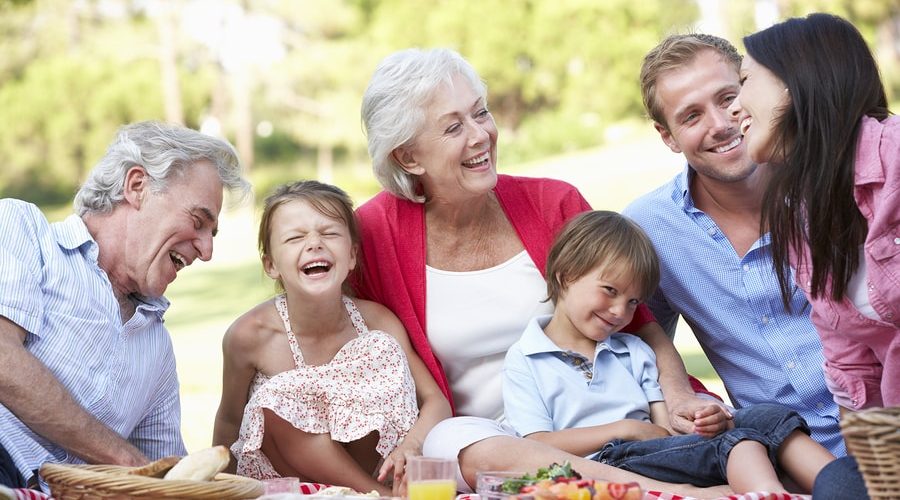 What is Northwestern Mutual?

Northwestern Mutual is a mutual company that was founded in 1857. It had a rocky beginning, when the trustees borrowed $100 to pay a $100 loan. It focused solely on life insurance until 1969, when it added disability insurance. In the next few decades, they added other forms of insurance and started an investment arm.

What Is a Mutual Company?

According to Investopedia, a mutual company is owned by its customers. For this reason, profits do not go to the shareholders like with publicly traded businesses. As Northwestern Mutual reviews on Ripoff Report point out, these profits go to the policyholders in the form of dividends, effectively lowering monthly payments.

As a customer of a mutual company, you benefit because it focuses on long-term planning. Because the company is privately owned by its policyholders, it doesn’t have to play to the fickle stock market each quarter like most corporations do.

What Does Northwestern Mutual Do?

Northwestern Mutual has a number of products and services. They fall into the following categories: 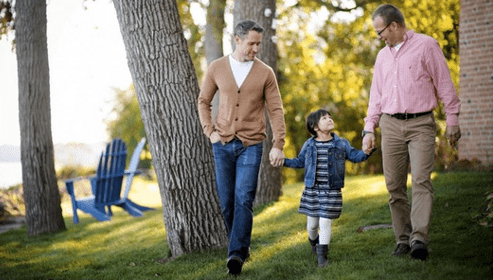 The most important concern for insurance customers is stability of the company. It must survive tough times and have the money to pay out when you need it. Northwestern has a long history of paying their claims.

Fortunately, you don’t have to judge them by their past performance alone. The Northwestern Mutual review on US Insurance Agents lists the current financial strength ratings from the agencies. They are as follows:

This means that Northwestern earned the best ratings possible from every agency except S&P, which awarded their second best score. The company was praised by each of these agencies for their large capital cushion and high income from monthly premiums. It also ranked highly for risk management.

Nerdwallet’s Northwestern Mutual review highlights the many life insurance options available from this company. They offer:

The first category — term insurance — only protects you for a fixed number of years, then expires. 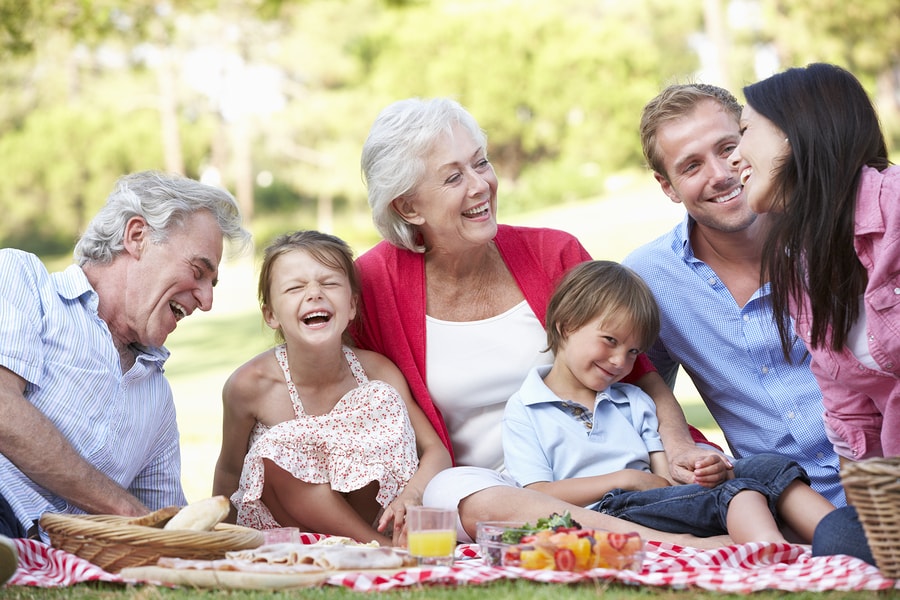 The next two — Whole Life and Universal Life — are permanent insurance. They give you coverage for as long as you live. They pay annual dividends and have a cash value that grows by paying premiums.

The final two are hybrid products. CompLife combines the benefits of term and permanent life insurance, while Variable Life combines whole life with the ability to invest your premiums yourself.

Some Northwestern Mutual reviews on Ripoff Report point out that the company’s dividends often beat other investments like CDs or bonds, and your cash in the policy is tax-deferred. This year, the interest rate on their permanent insurance products will be a respectable 5.45%.

Most of the Northwestern Mutual reviews are excellent. Credit Karma gives 4.6 stars out of 5, with praise like “best in its class” and “amazing service.” Viewpoints rates the company 4.4 out of 5, with 88% of reviewers likely to refer a friend to Northwestern. Consumer Affairs awards a nearly identical 4.38 stars. Insure.com gives the company 86.9 points out of 100. Even J.D. Power gives Northwestern an impressive 820 points, second only to State Farm in its satisfaction ranking.

Of the Northwestern Mutual complaints we found, the majority mentioned the high cost of insurance policies in comparison to their competitors. Top Life Insurance Reviews and Expert Insurance Reviews both gave the company 3.5 stars out of 5 in the price category for this reason. One reviewer on Credit Karma claimed that customers would be steered to a Northwestern product even if it wasn’t the best fit or value.

Other Northwestern Mutual complaints were more concerning. A couple of reviewers on Free Advice and Credio claimed that the permanent insurance was a “rip off.” Other customers on Epinions said that their agent ignored them after the sale or didn’t pay claims when they became disabled.

Perhaps some of these bad Northwestern Mutual reviews were caused by confusion. J.D. Power notes that 46% of insurance customers don’t really understand their policies. There are a huge number of choices, and agents may not explain them adequately. For example, the Variable Life plans require customers to plan their own investments, and unlike most life insurance policies, they can suffer a loss.

What Is Long-Term Care Insurance?

People are living longer today than ever before, but unfortunately they are not always healthy. If you have a sudden injury or develop a chronic illness like Alzheimer’s disease, Northwestern Mutual reviews on Free Money Finance point out that you could spend all your savings quickly.

That’s where long term care insurance comes in. If you have this insurance, you are covered if you can’t live independently for an extended period of time. You can get help with personal care like eating and bathing, or household tasks like cleaning. Unfortunately, Medicare and private health insurance don’t cover many of these expenses. Sadly, a study by Northwestern found that only 29% of Americans have a plan for long-term care.

How Are the Northwestern Mutual Reviews for Long-Term Care Insurance?

The reviews for this insurance were decidedly mixed. The American Association for Long-Term Care Insurance liked Northwestern’s liberal attitude toward claims, their financial stability, and the possibility of dividend payments. However, they note that there is no way to get a shared couple’s policy, healthy individuals don’t get a discount, and the plan choices were surprisingly limited.

Similar Northwestern Mutual complaints were found about inflexibility on the Long-Term Care Blog. The writer also comments that women can be charged up to twice as much for a Northwestern plan as with other highly rated companies.

However, it may be that the higher premiums are due to the insurer’s desire to face reality. Kiplinger’s points out that cheaper insurers like MetLife and Prudential left the market a few years ago due to spiraling costs, but Northwestern stayed. Consumers Advocate’s Northwestern Mutual review praises the insurer for not even raising premiums at that time.

Disability insurance is similar to long-term care insurance in that it cares for you while you are alive. However, it differs in that it replaces a portion of your income if you can’t work due to sickness or injury. These benefits can also be tax-free.

Two Northwestern Mutual reviews on Viewpoints were very positive about the company’s disability insurance. One man had to quit his dentistry practice because of Parkinson’s disease but was fully covered.

Many Northwestern Mutual complaints mentioned that their policies got worse in recent years. Insurance specialists on White Coat Investor pointed out that doctors might stop receiving disability payments if they could do a similar job, even if it wasn’t in their specialty. 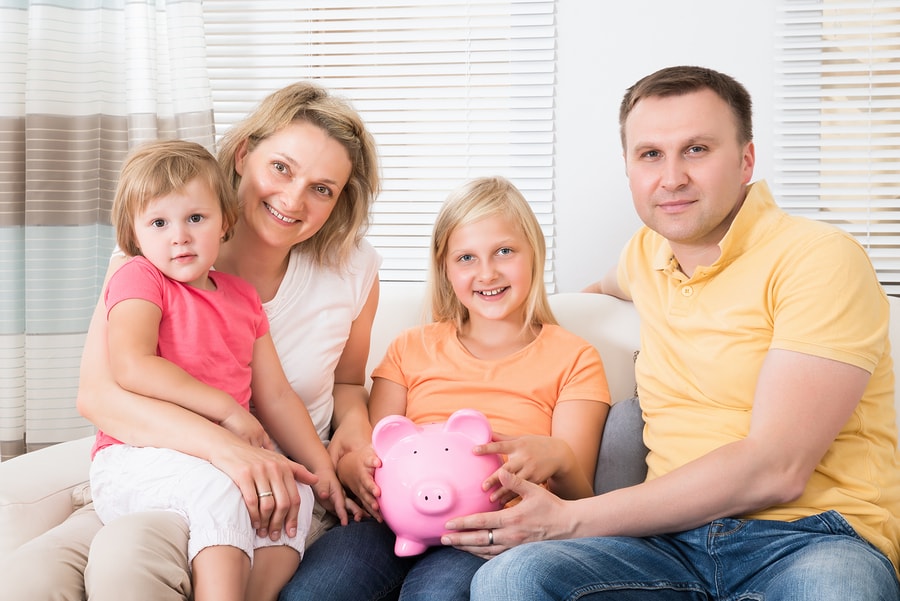 As one Northwestern financial review on Yelp pointed out, the company offers a variety of services that can help you with all your investment needs. These options include:

Most of the Northwestern Mutual investment reviews complemented the great service and attention they received from the company. One customer on Yelp felt that his agent was excellent at explaining complex topics. Another woman was pleased that her advisor had excellent qualifications and training.

Complaints about the investment services usually focus on costs and flexibility. The Northwestern financial review on IRA Reviews deducted one star from the company’s rating because all trades had to go through an agent. The Brokerage Review awarded 3 stars out of 5 because fees were expensive for small transactions, especially compared to online discount brokers.

Despite the generally positive attitude toward Northwestern, the company did settle a lawsuit last year for $84 million. Some customers claimed that the company unjustly cut the dividends to owners of annuities, a form of retirement savings. Hopefully, the insurer has worked out a way to be fair to all their clients.

Is Northwestern Mutual a Good Company?

Based on our research, we think it’s an excellent company. Multiple ratings agencies give Northwestern their highest score for financial stability. It’s owned by its policyholders, so it doesn’t profit at the expense of its clients. While dividends are not guaranteed, the company has paid them every year since 1872, which is an incredible track record. As one Northwestern financial review points out, the executives even prove that they are trustworthy, letting a customer committee look at the company’s books every year.

Most clients are very satisfied with the service and products of Northwestern. Claims are usually paid out completely and without a fuss. They have one of the lowest ratios of customer complaints among insurers.

However, this is an old, conservative company, and it shows. Every transaction from an insurance quote to a stock trade has to go through an agent. This makes all the processes slower and less flexible, and drives up the cost. The fees may be partially offset by dividends, but they can be hefty.

As Consumer Search points out in their Northwestern Mutual review, it’s a good idea to shop around before making a financial commitment. Quotes and fees can vary greatly between companies on very similar products. It’s best to use an independent agent who represents many insurers and only wants to find the best fit for your situation.

NWM Is for You if:

NWM Is NOT for You if: