NFIB Reviews – What You Should Know! (What is NFIB & Review)

What is the NFIB?

What does NFIB stand for? NFIB stands for the National Federation of Independent Business. The NFIB is an organization with a mission to be a voice for small business owners. According to the NFIB mission, they provide support to those who are starting, running, or growing their small or independent businesses.

Small business owners can sign up to become members of NFIB for an annual membership fee. Signing up is quick and simple, requiring minimal information.

Don’t forget to take advantage of some of the discounts NFIB offers by checking the list at the end of this article! 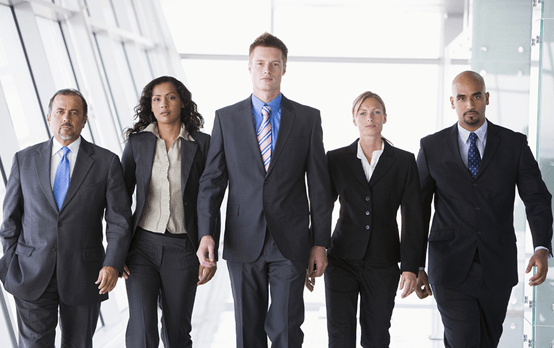 After signing up, and in return for the membership fee, NFIB offers a political voice representing members, savings on business services, and access to resources and information. The power, network, and resources of the organization seem helpful and enticing to many who are new to running a business.

What Benefits Does the NFIB Offer?

Make sure you check the list of discounts at the end of this article!

In addition to lobbying in Washington, the NFIB’s role is to help members get their businesses off the ground, keep them running, and make them successful. The following are some of the benefits and resources offered to members.

Worth mentioning is that many of the benefits and resources provided by the organization are sponsored by large corporations. For example, when navigating to the NFIB Small Business Playbook, a guide covering the basics, an image proudly shows that the book is sponsored by Visa. A quick look at the member benefits page of the site shows partnerships with Fiat, AIG, Liberty Mutual, and Dell.

Don’t Miss: How to Find and Get Top Small Business Government Grants

What is NFIB’s Advocacy and Representation Plan?

Among membership benefits, the NFIB lists both federal and state representation and advocacy. For business owners throughout the country, this can be a very appealing benefit. State and federal laws affecting small businesses can be difficult to understand and seem impossible to change for those who aren’t actively involved in politics and law.

While there are many benefits to becoming an NFIB member, questions arise when looking at what happens behind the scenes. With so much money coming into the organization from political groups, members and outsiders may be left wondering what does NFIB stand for? Is it the interest of business owners or of funders with their own agenda?

The Small Business Legal Center is the arm of the NFIB that takes on legal battles. With the resources and connections available to them, the group has the power to make big waves. They have been scrutinized for years, however, for supporting big business interests rather than issues that are important for small business owners.

As one business owner told Mother Jones, the need is for more demand for goods and services, not further tax breaks with little or no benefits to small businesses.

Sourcewatch.com lists several of the causes that the NFIB has contributed resources and support to. One case was against the Americans with Disabilities Act, another supporting the conservative National Right to Work Foundation.

It seems that this program to advocate and represent the interests of small business owners is really just a front for creating a huge resource to funnel funds to conservative campaigns.

Where Does the Money Come From?

A common issue brought up in NFIB reviews is that the political affiliations of the organization may get in the way of the mission to advocate for small business owners. The NFIB claims to be a nonpartisan association. However, the group has accepted funding from conservative groups and spent a considerable amount of time and money lobbying for conservative causes.

Where is the NFIB getting its funding? The organization has repeatedly refused to list their donors, as noted by a Washington Post article. However, NFIB reviews show that some organizations that have given money have released their own donation reports and have listed NFIB as receiving substantial sums of money.

From the Center for Effective Government, the list of major donors include Crossroads GPS, a Super PAC associated with Karl Rove. The organization also accepted funding from Donors Trust, associated with the Koch Brothers. In one year (2010-2011) the organization also gained $10 million from just 10 individuals, presumably not any of the small business owners they represent.

More concerning than money from high profile Republican groups is money from private health care companies, which make up a large portion of the NFIB revenue. The New York Times outlined the relationship between the NFIB and America’s Health Insurance Plans. The association represents major insurance companies, from Alfac to State Farm.

Where Does the Money Go?

What is NFIB spending its massive annual revenue to support? Sourcewatch.org shares in-depth information about contributions to conservative programs and groups. In fact, the site states that NFIB is pouring money into interests that support huge corporations rather than the small businesses they’re meant to be helping.

This fact isn’t incredibly surprising, considering how many individuals in leadership positions at NFIB boast salaries higher than the annual revenue of most of their members’ businesses. IRS reports show that president Dan Danner’s salary for 2013 was $938,030. Others on staff make over $250,000 each year, according to Mother Jones.

While the NFIB claims to be nonpartisan, most NFIB reviews claim that the organization uses the revenue to support conservative causes. Over 90 percent of NFIB funds have been given to Republicans, according to the Center for Responsive Politics. 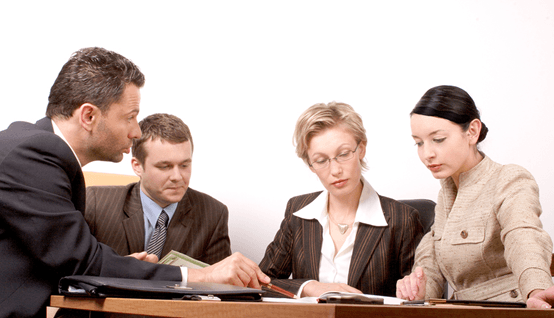 One cause in particular, going after the Affordable Care Act, has become the focus of the group. Mitt Romney even cited a study done by the National Federation of Independent Business during a 2012 debate with President Obama. A Salon article discussed the role of the NFIB as the lead plaintiff in a lawsuit against the Affordable Care Act.

The organization frequently polls its members about issues and causes that affect them as business owners. Unfortunately, it seems that taxes and regulations are the only points that the leaders focus on, as discussed in an article from Mother Jones.

When it comes to causes and actions, what does NFIB stand for? While the organization itself says that it’s focused on the best interest of members, critics and some members themselves disagree. If the spending of the group is any indication, it’s clear where their loyalty lies.

Previously, the About Us page of the NFIB website included a section proclaiming that it did not represent big businesses nor was the organization being directed by major funders. According to Media Matters, that section was removed in 2015. Currently, the NFIB About Us page claims that the organization is nonpartisan, but makes no mention of big businesses or funders.

How and What Is the NFIB Researching?

In addition to lobbying and allocating funds to various causes, the NFIB conducts research on small businesses. In theory, the research is meant to collect data about issues and causes affecting small business owners. That data could then be used to support public policy change in a way that would benefit NFIB members.

One branch of the organization, the NFIB Research Foundation, is dedicated to collecting data and reports about issues related to small businesses. What is the NFIB researching? The NFIB lists the following topics as the areas they focus on.

Findings and reports are often posted on the website. The group creates a monthly report, Small Business Economic Trends, based on survey answers.

When conducting research, the organization frequently polls its members. It makes sense that they would want to learn what the needs and concerns of the members are, in order to make decisions that could benefit the people involved in the organization.

However, because the NFIB has continuously supported Republican causes, a great majority of new members are also Republicans. Of course, there’s no problem with having a conservative organization. The problem arises when that organization claims to be nonpartisan and representative of a nonpartisan population. This greatly skews the data and gives an inaccurate representation of a very large group.

As a 2009 New York Times post points out, data from the NFIB will continue to lean right. Because the organization is so large and has access to so much money, its voice is huge, which means its studies will be noticed and the concerns of its conservative members—rather than the issues concerning the much more diverse population of small business owners across the country—will be heard.

Is an NFIB Membership Right for Your Business?

There are many NFIB reviews, but the point of each is to help you discern whether the organization is the right choice for you as a small business owner. The NFIB states that it has over 325,000 members. There is no denying that many small business owners have found the resources and benefits of the organization helpful in starting, growing, and maintaining their businesses.

There are certainly some benefits to gain from the group. However, adding your name to the list of supporters of NFIB would, by extension, show support for causes that NFIB supports. Comparing those causes and issues to your own political leanings would be wise before jumping in with both feet.

In closing, NFIB publicly announces its support for small businesses but puts its money behind big corporate causes. Using its hundreds of thousands of members as a sign of strength and support, the NFIB continues to push for conservative initiatives that seem to take away rights of employees, raise taxes for small businesses, and put politicians in power who don’t have the best interest of small businesses in mind. Look and read closely, then choose wisely