ᐅ Netgear Orbi Review | Is it a Bad Product? Or the Best Mesh WiFi for Your Home? 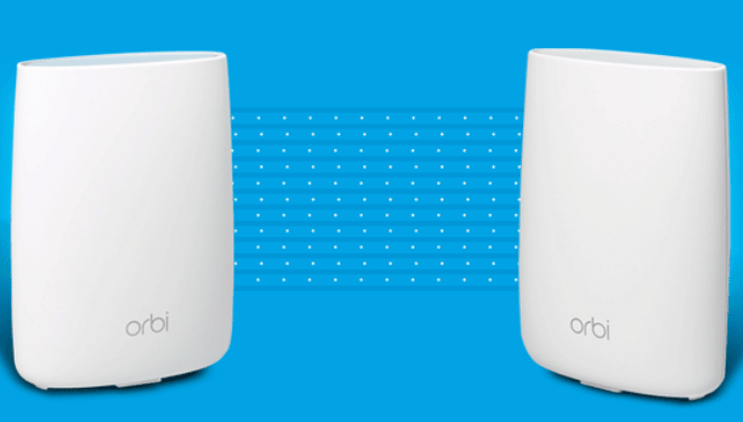 Is the Orbi Wifi System Any Good? We’ll Go Over Range, Price & More in this “Must Read” Netgear Orbi Review

The average broadband home now has about 9.1 WiFi connected devices. That may sound like a lot, but when you count all the smartphones, tablets, game consoles, and smart devices, like Amazon Echo or Google Home, it begins to make more sense.

In order for all those devices to work fully, they need a reliable signal from a wireless router. Spotty signals, WiFi “dead zones,” and lack of reach to areas like backyards and bonus rooms are why mesh systems, like the Netgear Orbi WiFi, were invented.

Wireless mesh systems extend a wireless network while also keeping a strong signal. They’re one of the newer consumer IT technologies out there to help everyone stay online and connected throughout their home or office.

So, what is Orbi and is it the best mesh WiFi to buy? How does Netgear Orbi vs Google WiFi match up?

We’ve got everything you need to know before you buy in this AdvisoryHQ News Netgear Orbi Review. You’ll find out how the Netgear Orbi WiFi system works, all about Obi set up, and what customers say in Netgear Orbi reviews about its reliability.

Is this the best home WiFi system ever? Or does it fall short? You’ll find out as you read on through this Orbi router review.

Netgear’s Orbi is a whole home mesh WiFi system. So, what does that mean, exactly?

When many people first hear the term “mesh WiFi” they aren’t quite sure what that means or how it differs from the wireless router they’re used to using. So, what is Orbi?

The Orbi home WiFi system, as well as other mesh networks, works via several units or “satellites” that are about the size of a coffee thermos. The units can talk to each other, and each transmits your main WiFi signal that comes from the main mesh router.

Think of it as a WiFi web (or mesh) that covers all corners and levels of your home or office with a wireless internet signal that is as strong as if your device was right next to the router.

When you buy a Netgear Orbi WiFi system, it comes with:

You can add more satellites if needed to further extend your wireless signal. Each Netgear Orbi satellite talks to the Orbi router and acts as a WiFi “hot spot” over a particular range.

What are the Benefits of an Orbi Mesh Network?

Mesh networks have several benefits over using just your normal wireless router or even a router extender. Here are some of the key reasons people choose an Orbi router over a non-mesh network router.

See Also: NordVPN Review | Is it Safe? A Scam or One of the Best VPNs?

So, how much is this best mesh WiFi system going to cost you? A strong WiFi signal in every corner of your home sounds great, but not if the price is too high.

The Orbi mesh network (AC3000), which includes 1 Netgear Orbi router and 1 Netgear Orbi satellite, can be purchased at multiple retailers. We’ve done an Orbi WiFi review of prices, and here’s what you can expect to pay at some well-known local and online stores.

What If I Want to Build My Own Orbi Home WiFi System?

If you want to mix and match from all Orbi WiFi components, you can purchase them separately and extend the main Obi mesh network 2-pack (router & satellite). Here are the different components and the Netgear Orbi price for each at either Amazon or Walmart.

How Easy is Orbi Setup?

Now that you know what you’re going to pay for an Orbi home WiFi system, let’s talk about setup. Home WiFi networks can be confusing enough to set up without a “mesh” to deal with. How easy is the Orbi setup?

We did an Orbi WiFi review of how the system is installed, and here’s what we found.

Netgear states on their website that Orbi setup only takes minutes by using the Netgear Orbi app and that it already works with most major internet carriers. 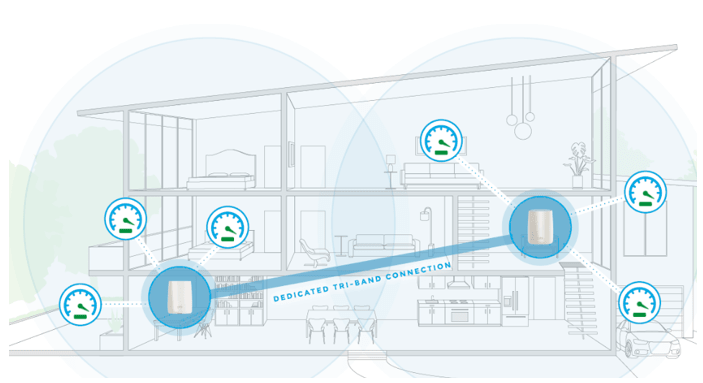 You can find full Orbi setup instructions on the company’s website, here’s an overview of the main steps to take.

Now, let’s find out what you can do with the Netgear Orbi app.

What Does the Netgear Orbi App Do?

Want to disable someone’s internet connection? You can do it in one swipe. Wondering if your internet service provider is giving you the promised speeds? You can do a speed test right from the Netgear Orbi app.

What does an Orbi router review of the app in the iTunes and Google Play stores show?

With the Netgear Orbi App You Can:

Is the Netgear Orbi WiFi system the best home WiFi system around, or does it fall short? We’ve brought you highlights from several Orbi router reviews to reveal the answer!

What is Orbi’s overall rating among the best mesh WiFi review sites? What are the biggest drawbacks and benefits of the Orbi home WiFi system? Let’s find out now. We’ll start with those that gave it a thumbs down, then hear from the thumbs up Netgear Orbi reviews.

How did this best mesh WiFi score overall in Orbi WiFi reviews? Pretty well! Here are their overall star ratings.

Popular Article: ᐅ ExpressVPN Review | Is it Safe? A Scam or The Best VPN Service?

Another contender as the best home WiFi system is Google WiFi. Google WiFi is also designed to be easy to set up and to extend your wireless signal past what just your usual router can do.

We took at a look at Netgear Orbi vs Google WiFi and here are the main differences:

If you’re looking for a better wireless internet connection for your home, without any weak or dead zones, then you may want to look into one of the best mesh WiFi systems, like the Orbi.

The unit gets praise overall for strong, uniform signals that can even extend your internet connection outside. The main drawback we found was due to poor firmware updates that caused frustrating connection issues.

But even those that wrote a negative Netgear Orbi review due to that issue, said that when the units are working as they should, they were great.

The Netgear Orbi price is a little steeper than a traditional wireless router, but the range of 5,000 S.F. is impressive. It also has a design built for today’s smart home, connecting multiple home devices and allowing them all to communicate fluidly with the network.

For those thinking of improving their WiFi coverage and speed with a mesh network, the Netgear Orbi is an excellent option to stay connected in every corner of your home. 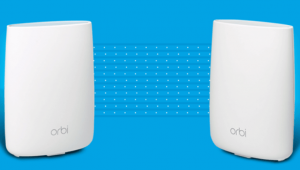