LifeLock Reviews | Is It a Scam? What You Need to Know About Lifelock 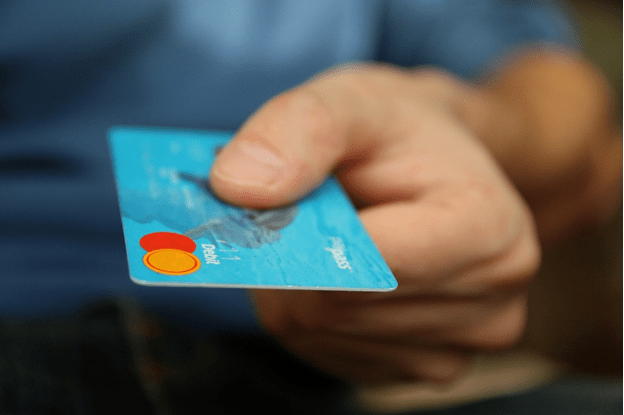 Identity theft has become an increasingly popular crime in the 21st century. According to the Federal Trade Commission (FTC), it had over 490,000 identity theft complaints in 2015, which was an increase of more than 47 percent from 2014.

LifeLock is one of the well-known names in identity theft protection, and consumers are increasingly seeking out LifeLock reviews and LifeLock complaints to learn more about it and see if it can really help. Key questions being asked include: “does LifeLock work? “What is LifeLock?” and “Why are there a lot of LifeLock complaints?”

The Goal of This Detailed LifeLock Review Article

When you are looking for protection against having your identity and bank information stolen, it pays to thoroughly research a company that promises to keep you safe. It’s also important to find out what you get for your monthly fee

When answering the question, “Does LifeLock Work?” we drilled down into the details, performed a detailed analysis of posted LifeLock reviews, and reviewed the company’s promises in detail.

In this article, we have worked to give you all the information you need to make an informed decision, including answering some of the key questions, such as “What is LifeLock?” “How much does LifeLock cost?” and “What are people that use the service saying in LifeLock reviews?”

First, let’s take a look at the company and what it promises to do for you.

See Also: Ways in Which Fintech Companies Are Changing Our World

LifeLock, Inc. is based in Tempe, Arizona, with offices in San Diego, San Francisco, Irvine, and Mountain View, California. It is an identity theft protection services company that provides three main overall services:

How Much Does LifeLock Cost?

To its credit, it does say right on the bottom of the website, “No one can prevent all identity theft.” And that is just what the FTC notes on its Consumer Information page about identity theft as well.

Is There a LifeLock Scam?

To answer one of the main questions that people first ask when looking at this type of service before giving a company access to all their personal data, we looked over LifeLock reviews on sites like the Better Business Bureau (BBB) and Consumer Affairs.

The quick answer is no, there is no LifeLock Scam; it is a legitimate company.

Reviews of LifeLock on BBB:

Overall, LifeLock has a good A- rating with the Better Business Bureau. There are 124 complaints closed in the last three years, but the total 59 reviews include 53 negative, 2 positive, and 4 neutral. There is also note of a $100 million settlement that LifeLock has to pay to settle FTC charges related to a false advertising claim.

Of the two positive LifeLock reviews, both consumers, with one that has been with the company for “several years,” said that they were happy with LifeLock’s service and that they were notified of potential identity theft incidents as soon as they happened.

Of the 53 negative LifeLock reviews, one common theme was that people had trouble canceling the service and receiving refunds they felt were due. It does appear that the company addresses each of these and does a good job of trying to handle each complaint to the customer’s satisfaction.

Another common complaint was that alerts are not made for every transaction when a person’s information is used. LifeLock responded that its network does not cover all transactions (something that is also noted on its website).

Reviews of LifeLock on Consumer Affairs:

Of the people that gave a 5-star LifeLock review, they all echoed the sentiment that LifeLock gave then the security they promised, and they were thankful to have fraud attempts caught right away, with many mentioning that the service was a real asset to them.

Of those that gave a 1-star LifeLock review, the issue mentioned the most was the difficulty with canceling the service and that they felt LifeLock didn’t catch everything and missed notifications of transactions using their personal data.

Does LifeLock Work? What the Experts Say

Just as there are with consumers, there are also some conflicting opinions out there among the experts in their LifeLock reviews of the service and whether it really works or is worth the monthly fee. We researched some of the most well-known online consumer publications to take a look at what they think of LifeLock.

When looking over reviews for any company, we always like to see what the employees say about their organization. What are the LifeLock complaints being made by those that work there, and how do they like their management?

It seems they have fairly good things to say, with an overall 3.4-star rating and a whopping 96% approval rating for current CEO Hillary Schneider. The overall pros include good company culture, good benefits and pay, a fun work atmosphere, and managers that value their employees. On the cons side, there seem to be intense workloads, ongoing change, and flux, and some don’t feel a great opportunity for advancement.

LifeLock Review – Reviews from Around the Web

There are several sources these days, some more reliable than others, to find out what consumers are saying about a company. So, we gathered some of the best LifeLock review resources from around the web to bring you all the LifeLock complaints and praises for an overall picture.

Advice If You Want to Go It Alone

Of course, many people may want to know if there is a way to monitor their credit and report issues themselves, and there are ways to do that. FTC.gov has an excellent resource on identity theft protection services and explains all the ins and outs of monitoring services, recovery services, and identity theft insurance. It also provides links to self-assisted methods to monitor your credit reports for free and where to get help with identity theft recovery.

The Bottom Line – Does LifeLock Work?

After our extensive in-depth LifeLock Review, we can definitely feel secure in answering “yes” to the question of if LifeLock works. It is a solid company that provides excellent credit and fraud monitoring services as well as assistance with identity repair after a breach. Not everyone provides this company with glowing LifeLock reviews, but, overall, there are far more positive reviews than there are LifeLock complaints.

When reviewing what its employees say, you can also feel fairly good, with more positive than negative feedback coming from those who work there. The company also seems to be taking its recent run-in and significant fine from the FTC seriously and is taking steps to repair its systems internally to ensure this doesn’t happen again. You can also tell from the disclaimers on its website that it is being very careful about how it advertises itself.

In answering the question, “How much does LifeLock cost?” it turns out that is it pretty reasonable, starting at just $9.99 per month. Of course, you get what you pay for, so be sure to check the pricing and services carefully so that you know exactly what you’re getting and what to expect.

We hope that our LifeLock Reviews for 2016 have been helpful for you and that you now feel secure in the knowledge that there is no LifeLock scam. If you like the security and convenience of service with reported great customer support that is there to monitor, alert you, and, if needed, help you recover from identity fraud, then LifeLock is an excellent choice. It is also one that continues to rank high among many companies in its LifeLock review and identity theft provider rankings.