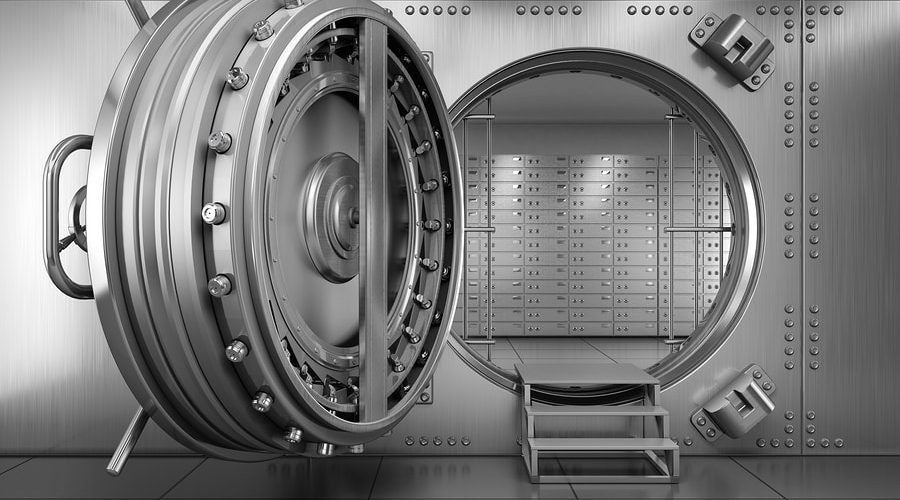 Not content to rule just the world of online small business loans, lending company Kabbage, Inc., launched a service in September 2014 that extends credit to the average consumer, too.

Named Karrot, this online loan portal borrows heavily from its parent company, which is a good thing for potential borrowers who need a personal loan, need it quickly, and who don’t want to leave their couch to get it.

What are the features of a Karrot loan? How does Karrot stack up against the competition? Do they rank among the best personal loans on the Internet?

Read more of our Karrot loans review below to find out.

Karrot was developed by Kabbage’s chief executives: CEO Rob Frohwein, COO Kathryn Petralia, and CFO Kevin Phillips. Frohwein and Petralia, along with co-founder Marc Gorlin, started Kabbage in 2009 and made it available to the public in 2011.

For two years after its launch, Kabbage loans functioned as merchant cash advances with no corresponding bank affiliation. By 2013, however, Kabbage had partnered with Celtic Bank out of Salt Lake City, Utah, who began providing lines of credit for Kabbage SMB loans.

But Celtic Bank also provided consumer loans, and CEO Rob Frohwein has gone on record stating that Celtic’s consumer loan services were the deciding factor that motivated Kabbage to form Karrot so quickly.

In building Karrot, Kabbage leveraged its own successful business model and imprinted the service with many of the founding company’s hallmarks. Frohwein has noted, however, that Karrot is funded separately from Kabbage, rendering it at least marginally independent.

Despite its independence, Frohwein has not yet divulged the companies funding Karrot.

Karrot and the BBB

Karrot has no ratings or reviews with the Better Business Bureau as of this writing. 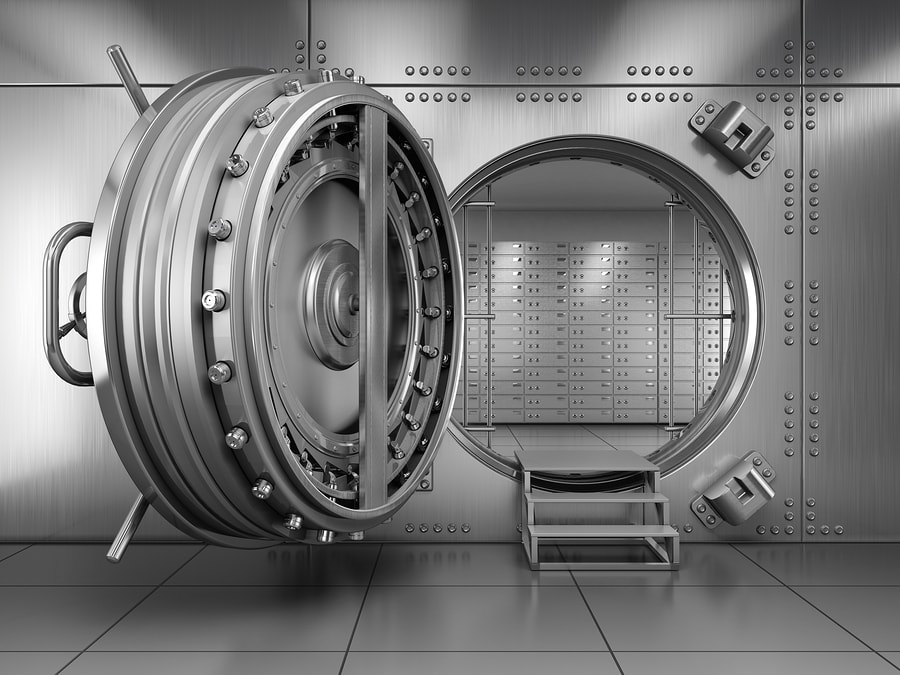 As mentioned earlier, Karrot has Kabbage’s fingerprints all over it.

This includes sharing the simplified, intuitive interface originally developed by its parent company. The site is clean, uncluttered, and easy for even novice web surfers to follow. Nicest of all, users don’t have page after page of questionnaires to fill out. Karrot.com provides the same smooth, streamlined experience as Kabbage.com.

Similar to Kabbage, the steps to applying for Karrot loans are three-fold:

Step One: The potential borrower submits basic biographical information that allows Karrot to determine eligibility. These criteria include name, date of birth, address, annual income, residential status, and the monthly dollar amount that the borrower has allocated toward housing. This step also features a dropdown box that lists reasons why the borrower wants a Karrot loan. Reasons vary from debt consolidation, credit card refinancing, auto loan, holiday expenses, and many more.

Step Three: Assuming the borrower qualifies, they are approved for an unsecured personal loan within minutes. All terms of the loan, including interest rates, repayment schedules, and APR, are outlined to the borrower upon approval. The borrower is under no obligation to accept the loan, and the loan offer expires after seven days.

Banks have traditionally required good credit history and collateral to obtain a loan. But not only is Karrot willing to consider borrowers with fair to poor credit, they also do not require collateral.

Karrot does have a minimum pre-tax income requirement of $10,000, which is much lower than traditional lenders. In addition, the borrower must be 18 years of age or older, except in Alabama and Nebraska, where the minimum is 19. With this in mind, co-signers are not allowed.

Karrot’s terms are very friendly toward the average consumer, particularly those with below-average to average credit. In fact, several users who left Karrot loan reviews were appreciative of Karrot’s willingness to do business with them despite less-than-stellar credit history.

A non-refundable origination fee is included to help Karrot cover service and screening costs. The fees are deducted from the amount of the loan, reducing the net disbursal of funds to the borrower. The rates for these fees range from 1.05% to 4.75% based on a loan rating assigned by Karrot.

Because of this, professional reviews have urged future users to consider the origination fees when factoring the amount of funds they need as well as potential APRs that they might be assigned. On the plus side, Karrot APRs are fixed for the life of the loan, giving borrowers the peace of mind that their monthly payments won’t fluctuate as they would with a variable rate.

Furthermore, since Karrot loans are unsecured, there are no hidden fees. Users pay the origination fee upfront and, assuming they stay current on monthly payments, will never pay anything additional. Likewise, there are no penalties for paying off a Karrot loan early.

One unique aspect of the Karrot loan process is the alphanumeric rating with which they designate each loan.

The rating is calculated according to the borrower’s credit history and income. It comes pre-assigned with a specific interest rate percentage as well as APRs for 36- or 60-month terms. Borrowers are informed of their repayment terms after their loans have been approved.

As an example of the rate structure associated with a loan rating, the best loan rating available is A1, which carries a 5.73% interest rate with 6.44% and 6.94% APRs for 36- and 60-month terms, respectively.

Karrot has 35 separate ratings to determine the rate structure of each loan it approves, a feature that significantly speeds up the request process. Karrot also makes this information available ahead of time, allowing the potential borrower to get a feel for what might be required of them before they apply for a loan.

Professional and user reviews back up Karrot’s claims that there are no hidden fees in their loans. However, this does not necessarily mean the borrower won’t incur extra fees based on delinquency, alternate payment methods, or processing issues with the borrower’s bank account.

While Karrot technically only has one type of personal loan, they do not place restrictions on how those loans are used. On the Karrot.com website, the company lists a number of ideas for potential borrowers:

One comforting feature of Karrot’s process is that applying for a loan will never affect the borrower’s credit score. For this reason, visitors to the site who are interested in requesting a loan can rest assured that they have not assumed yet another inquiry on their credit report.

Online reviews have said that not only is the loan approval process completed within minutes, but oftentimes the funds are directly deposited into borrowers’ bank accounts within 24 hours. Users who cited a positive experience applying for a loan with Karrot said they were pleased with the speed at which they received their money. However, other reviewers indicated that the loan amount may take as many as three days to deposit depending on factors specific to the individual loan.

All loans come with automatic repayments on the same day each month to ensure borrowers avoid delinquency. In the event a borrower must pay late, however, Karrot does offer a 5-day grace period.

Karrot loans receive very positive reviews from a majority of users, most of whom were extremely pleased with their loan amounts, speed of the request process, and delivery of funds after approval. They consistently noted decent wait times when calling customer support, and they have not encountered any hidden fees.

However, more than a few satisfied users specified that they believed their APRs could have been lower. As a result, many felt the monthly payments were high. But these users typically acknowledged that unsecured loans with such fast delivery required trade-offs between flexibility and ideal affordability.

On the other hand, negative user reviews often focused on reasons why they were denied a loan, or why they were approved with significantly higher APRs. Of these two groups, users in the latter category felt confident they could obtain lower APRs elsewhere. Consequently, most opted not to take advantage of the loans offered by Karrot.

Professional and user reviews were overwhelmingly reluctant to recommend Karrot to borrowers with exceptional credit.

More than likely, people with great credit histories could secure lower APRs through traditional lending should they be willing to wait out the process. If users with good credit happen to need very fast cash, however, reviewers advised that Karrot was a solid choice.

Karrot seems to be among the best personal loan options for the average consumer, defined in this context as someone with below-average to average credit. These borrowers can apply with a lot less worry of being denied compared to their chances at a bank. No matter how good their credit, however, most borrowers who apply with Karrot will likely see higher-than-average rates and should be prepared to amend their budgets accordingly.