Is DHgate Safe? Read Before You Buy Goods from China Using DHgate 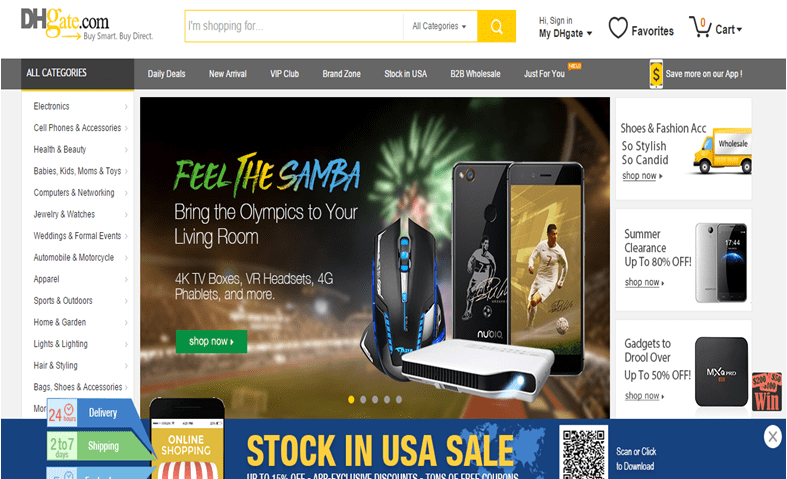 Intro: Is DHgate Safe for Your Credit Card?

DHgate is a major online platform for buying goods from Chinese suppliers. Primarily a business-to-business (B2B) e-commerce site, it specializes in connecting overseas buyers with sellers who are located in China.

Products are sold and shipped directly from China, often in bulk to bring down the cost per item. But, is DHgate a safe site?

While there appear, at first glance, to be significant advantages to buying from the site – namely, factory-direct shipping and very low prices – there are some important issues to consider.

Buying goods from sellers on this site can be risky as there is little quality oversight, and DHgate, like other Chinese e-commerce sites, is well known for facilitating the sale of counterfeits.

A recent report released by the United States Trade Representative cited not only the widespread presence of counterfeits, but also mentioned the availability of consumer products that were deemed unsafe on DHgate.

So, is DHgate.com safe for American consumers? It depends. Whether DHgate is safe may vary according to whether you are buying items for personal use or for resale.

Although DHgate has made progress in buyer protection, there are few, if any, quality controls at the product level. Extreme caution must be exercised, especially if you intend to resell the products.

DHgate was started in 2004 by Diane Wang, a former Microsoft executive in China. The company specializes in “cross-border B2B” transactions, meaning it enables the sale of wholesale products to overseas buyers, particularly resellers. In its first decade, DHgate grew to a massive platform with over 1.2 million sellers and more than 30 million product listings.

DHgate.com, which is available in multiple languages and countries, offers an impressive, seemingly infinite array of products in a vast range of categories. Buyers can find everything from wedding and prom dresses to hair products, toys, electronics, and garden supplies.

Goods are not sold and shipped from DHgate, but rather from individual sellers. Last year, DHgate launched an associated site, DHport, which is a manufacturer-to-business platform.

Individual sellers have “stores” on the site, which is similar to the familiar eBay platform. Would-be buyers can see the number of past transactions on particular items, feedback scores, and reviews left by previous customers. These metrics help establish which sellers have significant sales volume on DHgate and help make DHgate a safer site.

Is DHgate Safe to Buy from?

The DHgate platform handles transactions so that money is exchanged through the site — not directly between buyer and seller — which does add a level of safety and buyer protection. As a large and well-established site, DHgate is a legitimate website, and DHgate is safe with your credit card information. DHgate was the first merchant in China to offer MasterPass, a service offered by MasterCard. In addition to major credit cards, the platform accepts Skrill, Western Union, as well as other methods of payment.

According to DHgate’s buyer protection policy, funds are held in escrow until the buyer has confirmed shipping. The site states that “payment is only released to the supplier after you have confirmed your item has arrived safely.” Is DHgate safe? Well, DHgate promises to offer refunds on items that were not received or were “significantly different from what the seller advertised,” adding a degree of confidence for buyers.

Although the DHgate site appears to have a strong customer support, online reviews (see below) suggest that this is not always the case, and returns may be problematic in practice. In February, the company took another measure to answer “Is DHgate safe?” positively by announcing a partnership with Australia-based merchant monitoring and online safety company Austreme. This partnership signals that the platform is taking steps, at least outwardly, to battle counterfeits and make sure that DHgate is safe.

Is DHgate Safe? | Problems with Shopping Online for Goods from China

Counterfeits are rampant in China; global e-commerce sites such as Alibaba and associated site AliExpress are  the most prominent examples. Not only are counterfeits almost always lower quality, they are also illegal to import in the United States for resale and frequently unsafe. Import laws apply to goods purchased online, and resellers are responsible for misrepresenting items sold in the U.S. 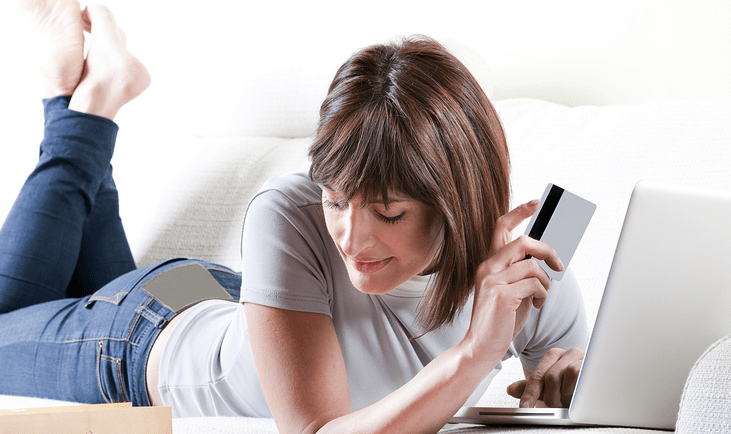 In December 2015, the Office of the United States Trade Representative published its annual report on what it calls “Notorious Markets.” The report lists markets where copyright infringements, such as counterfeiting and piracy, are of particular concern. DHgate is specifically cited on this report (page 13) as a platform that is well known for “consistently” selling counterfeits goods; the site has also sold products that were clearly unsafe and have “compromised consumer health and safety.”

Some sellers on sites like DHgate sell clear fakes, blatant copies of designer items, such as wedding and evening dresses. Is DHgate safe to buy dresses from? It varies and depends on the quality of the individual seller.

Buyers should expect quality to be commensurate with price – if that “designer” wedding gown being sold on DHgate is only a fraction of what it costs normally, a buyer should not be surprised if the quality ends up being significantly inferior.

Listing photos may also not be representative of the final product as sellers frequently “borrow” images from other sources. Vendors who sell copies of designer dresses, for example, will regularly use an image sourced from a legitimate designer’s site. Clothing purchased through DHgate is likely to be “safe” but may have substantial quality issues.

Certain items could have design flaws with far more serious consequences. Products that would normally be held to the same rigorous consumer safety testing standard if they are fakes. Is DHgate a safe site? It may not be for items with potentially high levels of safety considerations and concerns.

A 2015 article in Bicycling magazine, for example, found that a high-end bike sold as an authentic Venge on DHgate was, in fact, a counterfeit that did not perform at nearly the same level as the real thing, which is designed and manufactured by Specialized. This problem can be extended to all (fake) branded products; counterfeits could cause serious injury – or worse. Luxury bikes, which are highly engineered, seem to be a particular target of counterfeiters, and are not safe to purchase on DHgate.

Hoverboards, too, are another example of a potentially unsafe product sold on DHgate.com. These are heavily counterfeited and are extremely unsafe, and have been linked to serious incidents involving explosions and fires. A simple keyword search for “hoverboard” on DHgate.com brings up more than 2,781 results. Even if items are not clear counterfeits, they may not be manufactured according to American safety standards, and there is little, if any, way of determining this beforehand.

Is DHgate a safe site? Not when your safety might be on the line.

Overall, online DHgate reviews are overwhelmingly negative. These generally have to do with the customer service experience or the quality and authenticity of items received, rather than with the safety or credibility of DHGgate’s website.

Trustpilot does have some very positive reviews, like these two:

“Shipping and delivery times have been very good despite the fact we’re on opposite ends of the earth. I appreciate that, and the quality of the product has met my expectations, with a very few small exceptions that aren’t worth bothering about.”

“This is my go-to company for a wide variety of items. The customer service is impressive, the prices great, and the merchandise unique and good quality for the price.”

“Definitely my last choice, I only use DHGate if I cannot find a product anywhere else. It’s amazing to me how many times that happens and I am forced to buy something through DHGate.”

“Dishonest Sellers are the norm here; authentic products are hard to find.
One time I had to spend $125 to mail back VERIFIED FAKE merchandise to get back $275 of my $400 purchase, and my refund?… received approx 4 months after purchase.”

DHgate fares only slightly better on SiteJabber, another online review site. SiteJabber users have given DHgate an overall average of 2 stars out of 5. Out of 1923 reviews, 974 users gave the site the lowest possible rating of 1 star.

Remember earlier when we asked, “Is DHgate safe to buy dresses from?” One reviewer on SiteJabber said this,

“I purchased a ‘Royal blue’ evening gown from this company mid April. By the beginning of May, the dress still hadn’t arrived so I requested a refund. They denied the refund and sent the dress about a week later. When the dress arrived it was HORRIBLE. It was just a regular blue color and was cheap material and overall just not what I had expected.”

Buyers on both of these review sites reported a range of issues, such as being charged twice, not receiving refunds, being unable to contact customer service, and receiving fakes or poor quality items. Another common problem appears to be invalid tracking numbers provided by sellers, making it impossible to track packages.

So, is DHgate a safe website? Overall, it seems that DHgate is safe from monetary fraud, so in that way it is safe. But is DHgate safe overall, in terms of quality and physical safety with the items? Reviews are mixed.

Popular Article: Starting a Business in Florida (Checklist to Help You Get Started)

When it comes to DHgate and similar sites, exercise caution, particularly if they are based in China. While it may be safe to buy certain things from DHgate, it may not be for others. If you do decide to try placing an order, tread carefully, and use common sense.

Familiarize yourself with the buyer protections that are in place, and make sure that the individual seller you order from has adequate policies, as well as established ratings (look for a high volume of excellent ratings).

If you plan on reselling, be even more cautious. Is DHgate safe to partner with? To protect your own reputation as a seller within the United States – and stay compliant to federal law – only buy from wholesalers who are well established and have top ratings.

Even then, buy in small quantities first, and thoroughly examine and test products before placing larger orders. It may be safe to purchase from DHgate for resale, but remember that you will be held responsible for selling dangerous or illegal products that you sell.

Certain categories of goods should be avoided altogether, such as obvious counterfeits and some types of electronics. Other items that users should be wary of include personal care or beauty products that run the risk of being contaminated. In general, beware of anything that could potentially not conform to American regulatory and safety standards.

Is DHgate.com a safe site? With the sheer number of merchants on DHgate, there are invariably scammers. As on other similar sites, do not buy from newly established sellers who do not have credible ratings and reviews. Never wire money outside the site or take any other actions that may invalidate the existing buyer protections provided by DHgate. These actions will help increase the likelihood that you stay safe when using DHgate.

DHgate has taken steps to protect buyers and improve the security and reliability of its site, but significant issues remain. For some items, and in certain cases, it may be safe for Americans to buy from DHgate, but for others, there could be substantial issues with quality as well as authenticity.

Remember, if a price is too good to be true, it almost certainly is.