Retirement was once seen as a definite. The Baby Boomer generation worked until they were 65, and then they retired with a comfortable nest egg thanks often to a combination of their own financial contributions, sizable pensions, and programs like Social Security.

That sense of retirement security and certainty is changing for younger generations and even some younger Boomers.

Recent research has shown retirement may be an impossibility for the majority of Generation Xers. Many of these now middle-aged Americans were the generation to purchase homes right before the housing bubble burst, and they were at (what should have been) the prime of their careers as the Great Recession hit.

While Millennials will almost certainly face their own set of retirement troubles, it’s Generation X that’s first wading in this challenging and uncertain territory. They’re the generation that was present for things like the dot-com bubble burst, and while their parents and grandparents have often viewed a comfortable retirement as a guarantee, this younger generation born from 1965-1981 is facing the difficult reality that this just may not be the case for them. 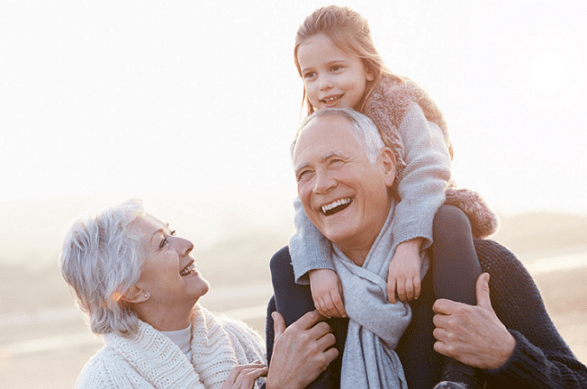 A 2012 report by the Insured Retirement Institute (IRI) showed only about one-third of Generation Xers were “very confident” about their ability to retire comfortably while also covering medical expenses and paying for their children’s higher education costs.

Some of this may come down to economic circumstances, but other factors may be at play. In that same report, only about 41% of the surveyed Generation Xers said they had tried to figure out how much money they would really need for retirement, and among those people who had started saving, at the time of the research, the amount was often much less than $100,000.

Read More: Best States to Retire in the U.S. (Review of the Top Retirement States)

Millennials are just really beginning to shape the economy and the workforce, which means retirement is also going to become an increasingly significant concern for this demographic.

According to a study from NerdWallet, the retirement age will likely be pushed back to 75, which is two years later than what might have been expected a few years ago. This is because of issues including money management, increasing student loan debt, and the rising cost of the rent.

Because of a general distrust of Wall Street and their experience with the Great Recession, Millennials tend to avoid investing in the stock market, which is one of the prime ways generations before, namely Boomers, have built substantial nest eggs for retirement.

Millennials are more likely than older generations to hoard their spare cash instead of investing in riskier outlets that have higher returns.

With all these statistics floating around, some people may feel the retirement picture is all doom and gloom, but there are still an abundance of opportunities not just to prepare for a comfortable retirement, but even to do it early.

What “retiring early” means to each generation may be somewhat different. For example, early retirement for Generation X may be retiring at 60, whereas for Millennials it could be 70; regardless, many of the concepts of retiring early are the same. You may even want to retire decades early, and it’s not out of the realm of possibility—with smart, thoughtful planning.

With this in-depth guide on how to retire early, we’ll show how you can sidestep some of the many hurdles facing your retirement plans, regardless of what generation you’re part of, and make smart plans not just to have the opportunity to retire, but to do so early.

We’ll provide seven easy, actionable steps that can help create your strategy for retirement so you’re not left scrambling at what should be the end of your career.

Perhaps the most important yet simplest way to get on the path toward an early retirement plan is to know the numbers.

So many people don’t have the slightest idea of how much they will need to comfortably retire, so there’s no real way for them to know how to get to that point.

Arming yourself with knowledge and awareness of your financial situation and what you’ll need to do to achieve your early retirement goals is a significant step that so many people don’t ever actually take.

There are several different ways you can determine how much you’ll need to retire early or at all. Some of the common methodologies for figuring this out include:

Once you have a firm grasp of what you have, what you need to achieve your retirement goals, and when you’d like to retire, you already have a solid foundation to start planning for early retirement.

Lower Your Day-to-Day Cost of Living

This can be a hard pill for many of us to swallow, but unless you’re extremely wealthy, it’s unavoidable in the quest to retire early.

Cutting back on your spending is a simple concept—perhaps one of the most straightforward ways to approach early retirement. 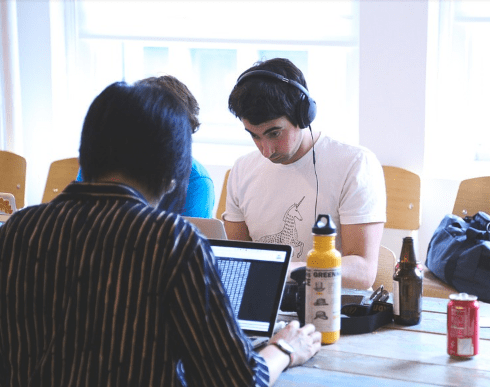 It’s not necessarily the only thing you need to do, but it’s an important one.

Assess your budget and daily living expenses and pinpoint areas where you can cut costs both over the short- and long-term. When you can keep your cost of living lower, you’re going to have the extra money to set aside and put toward early retirement plans.

Think about the Baby Boomer generation: some of the reasons they can retire comfortably, and sometimes early, are not all based on situations outside of the control of younger generations. They tended to live their middle-aged years with less, perhaps by having fewer vacations, less-than-new technology, and fewer frills and extras that so many of us have come to depend on now.

Along with smaller changes, such as a less expensive cell phone plan or downgrading to an older but paid-for car, you might consider more significant changes, like moving to a city or state where the cost of living is lower.

People living in high-cost areas like San Francisco and New York are finding it increasingly challenging to prepare for retirement at all because they’re spending so much on housing costs and other necessities.

See Also: At What Age Can You Retire?  Overview of How Soon You Can Retire

Carrying a lot of debt is one of the surest ways to cut your chance to retire early, and perhaps not have the opportunity to retire at all.

Before you can think about retirement planning, you have to sit down and figure ways to tackle your debt.

There are different types of debt, with credit card debt tending to have the highest interest rates; in making interest payments, you’re quite literally throwing money away. If you do use credit cards, avoid outspending how much you can afford to pay back in a month so you’re not saddled with significant interest accruement.

Other tips for eliminating debt include:

Don’t Set Yourself Up for Failure with Your House

If you’re a renter, look toward either downsizing or moving to less expensive areas to save more money that can be put toward early retirement.

If you’re a home buyer, this is an area where you need to be careful. If too large a chunk of your income is going toward your mortgage, you’re never going to give yourself a fair shot at early retirement.

Not only do more expensive homes have higher mortgages, but they also tend to be larger, which means other expenses come with them such as upkeep, maintenance, and energy costs.

Look around and see if you could live with less house—if you think the answer is yes, it could put you on a better path to retire early or, at least, earlier.

Popular Article: What You Should Know About Saving for Retirement

There isn’t a magic formula to make retiring early an easy proposition. It can require quite a bit of work and dedication in those years leading up to the time you do retire.

One way many people create a viable early retirement plan is to add to their income. If you’re already working full-time but are struggling to earn enough money to make early retirement an option, think about freelancing, consulting, or getting a part-time job in which all of the income you generate can be put toward retirement savings alone.

As an added benefit to the extra savings you can put aside, if you venture outside of your traditional job and take on a side business or start freelancing, you can create a Solo 401(k) plan.

You may also find that a part-time job could offer other benefits in terms of healthcare or coverage of childcare costs, freeing you to put the cost of those covered items toward early retirement.

Branch Out With Your Investments

If you’re truly interested in planning for early retirement, just putting your money in a traditional savings account, a CD or even a tax-protected retirement account isn’t likely to be enough.

You’re going to have to be willing to take risks with how you invest your money, particularly since interest rates remain historically low. Saving in traditional and non-risky ways just won’t propel you forward to early retirement, and it may make it challenging to retire at all.

A good rule of thumb is to aim for a well-balanced portfolio with some risks paired alongside some safer opportunities—just remember to be realistic with your return expectations, so you’re not setting yourself up for disappointment and failure.

Become Part of the Sharing Economy

There are so many easy, fascinating and valuable ways to earn passive income these days that even if you’re not striving for early retirement, they’re worth investigating.

If you have a spare area of your home or you travel a lot for work, consider renting it on a platform like Airbnb. If you have spare time and you want to earn money to put away for retirement, you can work for a ride-sharing service like Uber.

There are a lot of simple ways to add to your savings and expand your retirement portfolio that don’t require you to take on the rigidity of an entirely new job or a demanding freelance career.

If you’ve already made it to retirement and you’re asking yourself what to do when you retire early, these can be great options to continue earning some extra cash that will help you cover expenses without taking too much from your portfolio.

Read More: Best Places to Live in Ireland When You Retire (Retirement in Ireland)

Improving the Quality of Your Life with an Earlier Retirement

As you can see from the seven tips highlighted above, you don’t have to become one of the hopeless Generation Xers and Millennials who see no path to retirement.

You can not only retire, but you can even uncover creative ways to retire early so you can spend more of your life enjoying your time, and less of it working at a full-time job.

If you’re asking yourself how to retire early, pair a few or all of the techniques mentioned in this retirement guide and make changes that will have a significant impact on your future finances, stability, and well-being.