February, 2020 Update: As of March 2014, Euronet has acquired both HiFX and XE.com. It was just a matter of time when these two would merge. The business has recently been rebranded as XE Money Transfer and it no longer operates under HiFX brand name.

Intro: HiFX Reviews & An Overview of the Foreign Exchange Sector

Before we start this HiFX review, a little background on the foreign exchange industry might be helpful.

HiFX is a foreign exchange broker, an intermediary in exchanging currency. In the nearly 20 years since its inception, the exchange and transfer industries have evolved.

Gone are the days of banks and exchange markets dabbling in the technology space; instead, tech companies are now expanding their reach to include the transfer and exchange space.

As a result of companies taking advantage of this increased focus, the global payments industry is projected by McKinsey & Co. to show an 8% annual increase in revenue through 2018. Technological advances on both the hardware and software sides have made it easier than ever for the average consumer to use payment companies.

In 2014, the United States Federal Reserve released the findings of a two-year study concerning mobile payments. There were a variety of findings in this study (which you will see referenced again in this HiFX review), but one of the most telling statistics was that “[c]onsumers again reported less confidence in the security of mobile banking and payments technology” than they had in previous years.

More importantly, how can I be sure that a given company will provide safety and security measures to protect my funds?

There are many reviews of HiFX available online that focus solely on HiFX’s fees or problems with HiFX that have been reported by users, but the specific focus of this article is the security that HiFX provides its users. Essentially, is HiFX safe to use?

About HiFX (Reviews and History)

HiFX is a U.K.-based facilitator of online, account-to-account international payments whose stated goal is to “offer both companies and private individuals significantly better exchange rates and provide an exceptional service with no hidden fees.”

HiFX currently has roughly 100,000 users and 6,000 corporate clients.  HiFX was established in 1998 in the U.K., and it has continued to expand its global reach since its inception. In 2001, HiFX opened its first international office in New Zealand, and in 2004 it opened an office in San Francisco in order to tap into the North American market.

In 2008, HiFX acquired New Zealand-based company Currency Online, marking the company’s first foray into the online payments space. Along the way, HiFX Marketwatch was also established (more on that in a little bit). In 2013 alone, HiFX processed 36 million transactions, and the value of those transactions in 2013/2014 was $24 billion.

Currently, HiFX offers exchanges and transfers for 60 different currencies. The fees for using HiFX are based on the transfer initiator’s country of origin, but they are comparatively equal regardless of currency.

HiFX also offers the option of on-the-go exchanges and transfers with the HiFX app, available for iOS and Android smartphones. Per the report compiled by the Federal Reserve Board, “As smartphones become more common and more versatile, they can play an increasing role in the interactions between consumers and financial service providers, retailers, and other businesses.

The constant presence of mobile phones in consumers’ lives also makes them a potentially useful tool for the delivery of just-in-time financial information or as an aid in decision-making.” Given this uptick in mobile phone usage, we are happy to report that HiFX has built the HiFX app with their consumers’ needs in mind.

HiFX’s target consumers are businesses and high-net-worth individuals, making it a slightly specialized player in the exchange/transfer space. The services are nominally accessible by anyone; however, according to the HiFX website, a $5 fee is charged on transactions of less than $5,000, and the minimum allowable transaction amount is £50.

Other HiFX reviews available online offer comparisons between HiFX and its competitors in terms of the fee structure, but again, this HiFX review is meant to determine whether or not HiFX is safe to use.

Don’t Miss: What is Cloud Computing: How the Cloud Works (Definition & Overview)

HiFX also offers a Marketwatch service, allowing users to review the bid and ask prices for the most common currency exchange rates in real-time. From a consumer perspective, this service is highly useful, as it allows the user to compare the rates offered by their local bank to the rates being offered by HiFX.

Additionally, HiFX Marketwatch also offers a range of historical exchange rates, ranging from one month to the most recent tick of the market, allowing users to keep track of the value of their money on a moment-to-moment basis.

You can find a review of HiFX fairly easily on the internet, and the consensus is that the company does a great job of rendering its services. The aggregate HiFX reviews on Trustpilot have earned it an overall score of 9.4/10, and the majority of the comments praise HiFX for its convenience and customer service. 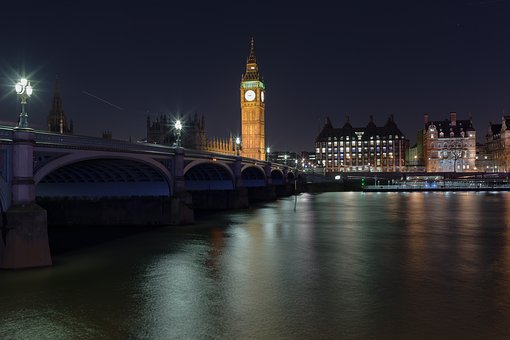 HiFX’s commitment to strong customer service is underscored in these reviews: both positive and negative user comments were responded to by a HiFX representative within 1-2 business days of the review being posted.

Searching for “HiFX problems” did direct us to an article by Money Transfer Reviews, which uncovered some negative feedback about HiFX. This feedback was largely related to a perceived lack of transparency on the part of HiFX regarding their fees. There were also complaints regarding discrepancies between the rates offered by HiFX and their competitors.

The specifics of the complaints regarding the opacity of the fees were unclear, but a quick read-through of the site seemed to provide all the information a prospective user would require.

Moreover, as the HiFX site does show up-to-the-minute rate tracking, it seems possible that the users who had a less-than-stellar experience did not take advantage of the full range of resources and information available on the HiFX website. More importantly, the negative HiFX reviews did not mention anything that would cause us to question whether or not HiFX is safe.

Since its acquisition by Euronet Worldwide, HiFX has been the beneficiary of Euronet’s enhanced security practices. HiFX also makes mention of its partnership with Euronet Worldwide on its website, assuring current and prospective users that their parent company’s “innovative technology and services are trusted by…some of the world’s leading brands including Apple, Google, Amazon, Walmart, Visa, and MasterCard.” HiFX Europe Ltd. is authorized by and operates under the Financial Conduct Authority; additionally, it is also a registered Money Services Business (MSB) with HM Revenue & Customs.

As far as its reputation for security is concerned, there are very few reported problems with HiFX. All money used in transactions brokered by HiFX is paid into and received into isolated Security Trust Accounts which are managed by an independent trustee, ensuring a degree of separation between the end-users and the accounts with which they are associated.

In this case, it would seem that HiFX’s tenure in the industry and scope of its overall business subject the company to stricter regulations, which means HiFX is safe when compared to other exchange brokers who aren’t bound by the same rules.

It appears that HiFX has made good on its commitment to facilitate transfers with reasonable (and transparent) fees while offering top-class customer service and the security that is considered by many consumers to be non-negotiable.

The HiFX app is very simple to use, adding an additional layer of portability for those who don’t want to be confined to their computers when performing their exchanges and transfers. In fact, 85% of users who reviewed the service reported a positive experience in terms of pricing and client service.

As with any service, you’ll want to do your due diligence before using HiFX. Though the number of complaints about HiFX’s fees was minimal, there is enough of a common thread between those complaints to justify further research into the fee structure.

However, the greater purpose of this article was to answer one question: “Is HiFX safe?” And for our money (and yours), after our review of HiFX, it is clear that it is as safe as – if not more than –any of its competitors in the global exchange market.