ᐅ Harry’s Razors Review | Is it a Bad Product or Really the Best Shaving Kit?

Can You Really Get a Great Shave for Less? We Reveal How Good (or Bad) this Razor is in Our Harry’s Shave Review

Shaving is a daily ritual for millions of people, which is why a small change that makes it better can make a huge difference in people’s lives. The thought that simpler is better is the driving force behind Harry’s. 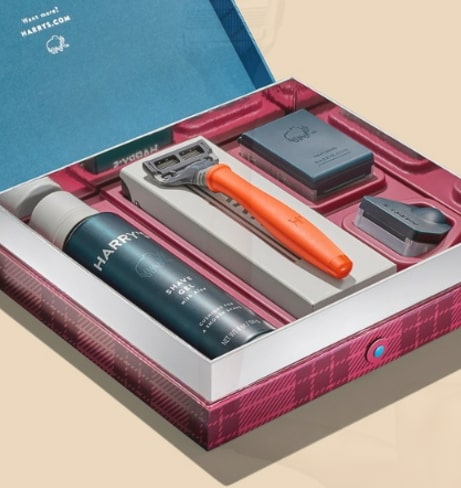 You’ve most likely seen Harry’s razors reviews in online ads, social media, and your local Target store. Harry’s shaving kits are one of the few subscription start-ups to made it into the top 10 razor brands in the US, along with companies like Gillette and Schick.

But, are Harry’s shaving products all they make out to be? Can they really give you a better shave for less money spent on blades?

We’ve got the answers to those popular questions and more in our AdvisoryHQ News Harry’s razors review. We’ll reveal the story behind this shave club phenom and how their subscription system works.

What do customers say in Harry’s blades reviews? You’ll hear from them yourself! We’ve delved into multiple Harry’s Shave Club reviews to find out whether the monthly subscription is worth it or if you can just buy their product outright.

Looking for Harry’s razors coupons? We’ve found some! In this Harry’s razor review, we’ll tell you all about Harry’s shave set pricing, discounts, and how this product ultimately works, according to the men and women that have used it.

A better shave might just be a few clicks away. Read on to find out!

Harry’s is fairly new to the shaving game, having been founded in 2013 by friends Andy Katz-Mayfield and Jeff Raider. The duo was frustrated by overpaying for razors with complicated designs and having to wait for a drugstore case to be unlocked just to get blade refills.

They felt that the quality of those complicated razors could be engineered into a simpler and less expensive design and blades could be delivered as needed. So they set out to create Harry’s shaving products.

If you’ve ever seen Harry’s shaving kit commercial, you know that in order to cut out the “middle-man” and reduce costs they purchased a factory in Germany to make their razors.

In our Harry’s razors reviews for the factory, we saw that it’s been making high-grade steel razor blades since 1920. A team of over 600 produce millions of Harry’s precision blades annually.

Where in the World Can You Get Harry’s Shaving Products?

They’re currently offered in three countries. There is a:

So, what’s this German factory have that others don’t? Judging from the many Harry’s blades reviews we read, the provide consistent quality and excellent design.

If Harry’s shaving kit had the same run of the mill razor you can buy anywhere, there would be no reason to become a loyal purchaser. Here’s what Harry’s does differently to make their razors a cut above the rest. 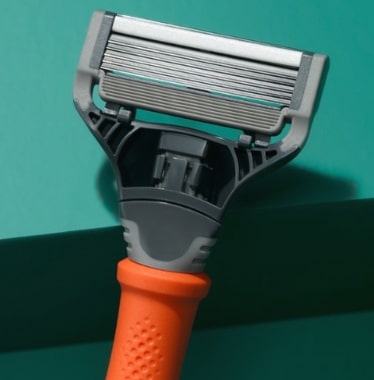 Harry’s says their focus is always on the customer, their quality, and fair prices. Our Harry’s blades review discovered the following ways their blades stand out.

Don’t Miss: ᐅ Floryday Reviews | Is it a Scam or One of the Best Shopping Sites?

A nice thing about the popularity of Harry’s is that you have options. You can either subscribe to one of their shave plans or purchase Harry’s razor or Harry’s shave set outright, without the monthly subscription.

Harry’s Shave Club reviews show us how the plan works:

So, how much does it cost? We’ve got those details for you next.

Related: ᐅ Mercari Review – Everything You Need to Know Before You Sell or Buy (Is It Safe? Legit?)

Harry’s Shave Review of Pricing, Products & Where to Buy

A big hook for buying Harry’s shave set or razor is that they marry quality with reasonable prices. How much can you save buying Harry’s?

In their Harry’s razor review comparison with competitors Fusion, ProGlide, and ProShield from Gillette.com, they say you can save $1.66 per blade by using Harry’s instead. That’s $66.40 saved for an 8-pack of 5-blade cartridges.

Here’s an overview of the shaving products Harry’s offers and their prices. All shipping is free in the U.S. for subscription items and free for purchases over $10 for non-subscription items.

Where Else Besides the Website Can I Buy Harry’s Razors?

The popularity of Harry’s shaving kits has taken off beyond online-only sales and into popular retailers. Here are a few places you can find Harry’s shave sets in person.

Where Can I Find a Harry’s Razors Coupon?

If you’re looking for Harry’s razor coupon, you’re in luck. Many of the popular online coupon websites have them. Be sure to check before you buy for the most current deals.

You can find the following sites offering Harry’s razor coupons:

Popular Article: ᐅ It Works! Reviews | Is it a Huge Scam or One of the Best Body Products?

Everything sounds great so far in the world of Harry’s, but what do customers think? Do Harry’s razors and Harry’s shave cream reviews match the company’s promises?

First, we’ll find out what problems people have with Harry’s shaving products, then find out what people love about them. We’ll finish off with star ratings from multiple Harry’s shave reviews so you can see how they score overall.

Read More: ᐅ CoolSculpting Review | Is Fat Freezing Safe? A Scam? Or Does it Really Work?

A compliment that was repeated often in Harry’s razor reviews was that the razor and blades subscription service was easy, straight forward, and convenient. The great value of the razors was also mentioned often.

The company consistently gets high star ratings from product review sites and it was hard to find a negative mention about their customer service. One we found was from Harry’s razors Canada review regarding initial difficulty reaching someone regarding a delivery issue. But that reviewer changed their review to 5-stars after getting help.

We noted that mentions of tugging seemed most prevalent from reviewers that purchased at a retailer, like Walmart or Target. Other negative reviews seemed to be more about personal preference when it came to shaving products.

Ultimately, Harry’s comes out with shining reviews and gets praise across the board for Harry’s shaving kits, customer service, and ease of changing a subscription frequency. If you’re thinking of trying Harry’s out, many customers would highly recommend them.