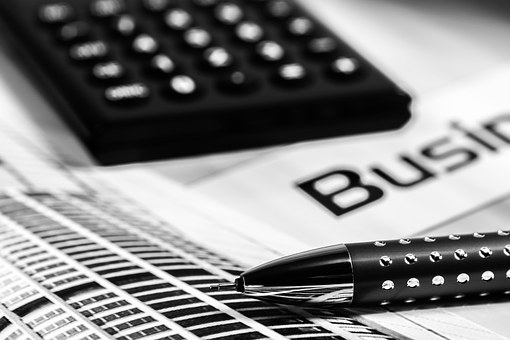 Guide: How to Find the Highest CD Rates

It used to be much simpler to compare CD rates among a handful of banks in the area. Banks would simply ask for you to select your term, and after evaluating the three or four options, you could choose the certificate of deposit with the best interest or highest CD rates.

With CDs, some terms have higher rates than others, so finding the highest interest rate CD can greatly differentiate for a six-month plan versus a five-year plan, for example.

In addition, the possibility of the holder taking away from the CD before it reaches maturity is another potential issue based on emergencies or even willpower.

For those who do withdraw early, not only does it affect the highest CD interest rates, but it can also mean a penalty. While penalty amounts vary between different banks, this could mean a different in hundreds or thousands of dollars.

Also, since the highest CD rates are different than a savings account, rather than borrowing a portion of the amount, when taking money early from a CD, it’s all or nothing. This makes the decision or saving or not saving an all-in decision.

It’s somewhat strange that these actions can change the CD with highest interest rate, but they do so greatly. Before elaborating too much on these many decisions, the first place to start is always looking for top paying CDs, and then evaluating personal decisions based on the provided criteria.

Understanding the Difference between APY and APR

Annual percentage rate, or APR, is different from annual percentage yield, or APY. The two can be somewhat confusing when searching for the CD with highest interest rate. Simply understanding the difference between the two will help you become a better investor.

When comparing APY and APR, most people use the phrase APR when they are referring to the interest rate that banks will provide, but that’s not exactly accurate. APR actually refers to the periodic rate, and it is the amount of money that the lender charges you, somewhat irrelevant when seeking highest CD rates.

APY, on the other hand, is a necessity for finding the CD with highest interest rate. APY refers to the percentage rate that reflects the amount of interest to be paid on a certain account. This is based on the interest rate over a one-year period.

Generally speaking, at this time, the highest CD rates today will often come from online banks and online credit unions.

Much like the way that robo-investors are less because the fees are waived, online banks can generally provide the highest CD rates because they are avoiding the expensive brick-and-mortar expenses of common banks.

Online options feature the highest paying CD, and they are easy to open. These nationwide options can be found on any computer or mobile device. With click and buy application options, the highest CD rates today trump those of the past.

As an example, consider the average bank versus Ally, which is an online option. With Ally, a five-year plan is available with a CD of 2.00% APY (rates change daily), while the generic bank offers 0.50% APY, making Ally the highest paying CD rates in this scenario.

In addition, the local credit union offers similar services. The Navy Federal Credit Union, for example, offers a five-year CD of 1.95% APY on a fluctuating scale, where those who can afford more than $100,000 will actually receive 2.05% APY. With this option, however, one must qualify in order to receive the deal, so while it may be one of the highest CD rates today, qualification isn’t for everyone.

Most banks will have options that fluctuate depending on the CD’s term. In the example above, it would appear that Ally beats Navy for the highest paying CD, but that is only true with the five-year option. With a three-year CD, Navy Federal provides a 1.50% APY while Ally only provides a 1.40% APY.

Don’t Miss: What is a Fixed Rate? A Fixed Rate is Defined as a Rate of Interest that…

In the equation above, it’s obvious that CDs deliver somewhat of a catch-22 scenario. For truly higher rates, one must ask for an extended term. However, taking money before the end of that term could mean a penalty. So it’s important to examine each factor to truly find the highest paying CD rates.

It’s important to avoid taking the risk of penalty, so while a longer term will sound more enticing, since more money is involved, avoiding risk is best in this example. Take some time to really examine the penalty portion of the fine print when examining the highest interest rate CD.

Let’s look at another example. Synchrony Bank offers a five-year CD that pays an impressive 2.20% APY when a minimal amount of $2,000 has been deposited. Another great option when looking for the highest paying CD, many will avoid this option because the penalty for early withdrawal is six months’ interest.

For those who feel confident they will not need to break this agreement, however, it is one of the best options for the highest paying CD rates. In addition, even with the penalty added into the equation, the interest rate still beats out the majority of other options on the market.

If this is your first CD, and unexpected expenses are a possibility for you, certain banks offer lower withdrawal penalties. But with a lower penalty comes a lower interest rate. Ideally, it’s best to compare options or use an early withdrawal calculator to find the highest paying CD for you.

On Ally’s website, there are currently three options for CDs. When searching for the highest CD interest rates, the three options that Ally provides are High-Yield, Raise-Your-Rate, and No-Penalty. Depending on your individual preferences, each has their own pros and cons. 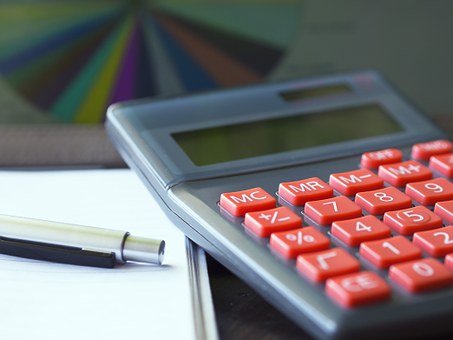 With High-Yield, which sounds to be the best, their features include “Maximum savings with a fixed rate,” along with withdrawal penalties and the option to use this as an IRA, which is more of an overall savings account. This can be a great option for the highest CD interest rates on the market.

The Raise-Your-Rate option “starts with a great rate, plus [has] the opportunity to increase your rate once over the 2-year term or twice over the 4-year term if [their] rate for your term and balance tier goes up.” This basically locks you into the highest CD rates without feeling buyer’s remorse for not waiting to buy.

Finally, the No-Penalty option is another swing at the highest interest rate CD. Listed as “flexible prior to maturity,” plus the added benefit of complete withdrawal any day after the first week of opening without a penalty, this is a great option for those not sure of future emergency funds.

Another option, for those with the money to invest, may be to open multiple CDs at once. Doing so could mean that, if an emergency falls upon you, you can simply withdraw from the best option at that time period. If this a possibility, this makes all of your choices the highest interest rate CD.

Sometimes known as the CD ladder, opening multiple accounts is great for those who can do so. When constructing a CD ladder of multiple highest paying CD options, those who wish to save can reap multiple benefits with less downfall than only using one option.

With a CD ladder, the goal is to build and coordinate multiple long-term CDs with the hope that one will mature each year. To break down this option, consider a ladder with 5-year CDs where one of these highest paying CD options can mature every year for five years.

Constructing such is actually quite simple, but it does take patience. Using the five-year example, begin by purchasing five CDs with terms of one, two, three, four, and five years each. Once the first matures, roll that money into the five-year CD, repeating the process each year to build the highest paying CD.

Repeat the process until each CD matures. Then, at the end of the four years, you will be left with a CD ladder built from five-year CDs with maturity spread over five years. Once each of these matures, the money can then be combined into a five-year CD, if no emergencies arise. Constructing such a ladder is a safe and effective method to find the highest interest rate CD.

Even with the ladder, though, there are still possibilities of terrible interest rates. Combing a competitive offer with a low-rate environment is the best method for fighting poor rates. Using your head and doing your homework will help you find the highest paying CD or highest jumbo CD rates.

Since we’ve already discussed that certificates of deposits, or CDs, are accounts on fixed amounts of time for specific, fixed rates, jumbo would appear to simply mean an advanced version of such. A jumbo CD is merely a CD that requires a larger investment, which delivers the highest jumbo CD rates in return.

Generally speaking, a jumbo CD will require more than $100,000 to invest. Due to the large amount, a higher interest rate is to be expected. Some certificates are even negotiable, which means that they can actually change based on other criteria within the market. There are also other advantages to consider, such as:

While these options make an obvious conclusion for those who can afford such an opportunity, there are drawbacks within each investment. Some of the drawbacks or cons for jumbo CDs and their many options include the following:

Overall, jumbo CDs simply aren’t for everyone. For those with the excess income and time to spare, there are several options when seeking the highest jumbo CD rates, but there are as many pros as cons for those unsure of their investment will power. Everything is a factor when finding the highest interest rate CD.

The Highest CD Interest Rates for You

For starters, some CDs have higher returns than other, but within that amount will depend on the amount of the investment. For example, a five-year plan will most likely pay more money than a one-year plan, and so on. When searching for the highest interest rate CD, make sure you account for whether you may need that money because withdrawal penalties are also a factor to consider.

Since the highest CD rates are quite different than a savings account, one cannot simply take out a portion of the money because these accounts are essentially all or nothing. Another option to consider when seeking the best CD highest rates would be that of a CD ladder.