Intro: What You Need to Know about Finding Cheap Car Lease Deals

Also, how do you know if you’re getting a good car lease deal?

Should you just pay attention to the amount of the monthly payment, or do you also need to look at other factors when researching cheap car lease deals and used car lease deals, like residual value, cost of insturance, length of the lease, mileage limit, and required prepayment amount?

The answer is that all of these things matter when searching for cheap car lease deals. We know it can be overwhelming, so we’ll review the best new auto lease deals and show you how to find excellent used car lease deals.

Then we’ll walk you through the do’s and don’ts of finding cheap lease car deals. 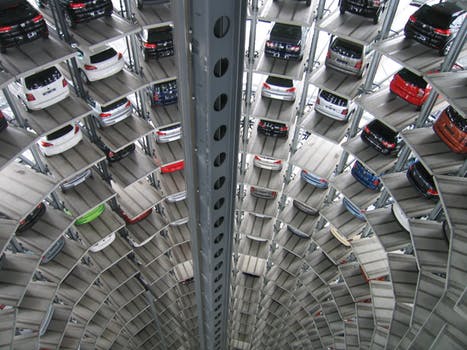 With this review of the best private car lease deals and our guide to finding and getting good auto lease deals, you’ll avoid the common pitfalls many people make when looking for the best deals on lease cars.

Better yet, you’ll be able to bring home home your dream car — at a price you can afford!

In this section, we’ll take a look at some of the best vehicle leasing deals on the market today. There are many factors to consider when looking for cheap car lease deals for new cars.

The worst thing you can do when looking for an auto lease deal is to stumble into a dealership unprepared, without a good idea of what you want and what’s a fair price to pay for it. Car salespeople will instantly detect your inexperience and unpreparedness, and you may not be able to secure a cheap lease car deal.

That’s why we’ve put together a list of nine of the best vehicle leasing deals for new cars. With this wealth of information at your fingertips, you can determine what you want in a car, and what you’re willing to pay for it — what, to you, is a good, cheap car lease deal.

Without further ado, here are our picks for the best cheap car lease deals for new cars.

The small SUV is a category of cars that has rapidly gained popularity in recent years, and the Mazda CX5 is one of the best in the league. According to CBSnews.com, you can lease this car for $269 per month, with zero down payment.  Reviewers from U.S. News & World Report say the Mazda CX5 is fun to drive and praise its precise, accurate steering and fuel efficiency. This is an excellent private car lease deal for the Mazda CX5.

At an effective lease cost of just $240 a month, the 2017 Hyundai Sonata is an extremely affordable option compared to auto lease deals for the 2017 Toyota Camry SE ($265) and the 2017 Honda Accord LX ($255). This midsize car features a roomy cabin and state of the art connectivity portals for  smartphones.

The Honda Civic has long stood at the top of the list for best compact cars, according to U.S. News & World Report. The car is available for lease at a monthly payment of $179 per month for 36 months, with a down payment of $1,999. CBSnews.com reports that test drivers of the newest model say that it has improved in roominess and in its handling of windy roads. All these features make this one of the best deals on lease cars!

Available at an effective monthly cost of $259 per month with $0.00 (that’s right, ZERO!) due at signing, this cheap car lease deal for the 2017 Subaru Forester is hard to beat. Edmunds reports that some features of the car that make this a truly great auto lease deal are its roomy interior, advanced safety features, and fuel economy.

If you’re looking to lease a luxury car, check out this private car lease deal for the 2017 BMW XI. At an effective monthly cost of $416, this is one of the best deals on lease cars you can find for luxury cars. In addition to features people love about the car like its high-performing turbocharged engine and massive cargo capacity, according to Edmunds, another perk is that BMW provides three years of free dealer maintenance in this auto lease deal.

Don’t Miss: Best Bank for Auto Loans | Finding the Best Banks to Get an Auto Loan or Car Refinance

The auto lease deal for the 2017 Buick Enclave comes at an effective monthly cost of $425, making it more affordable than comparable luxury cars like the Lexus NX 200t ($431) and the Mercedes-Benz GLA 250 ($430). With strong ratings for style, comfort, and performance, Edmunds data suggests that this is an excellent cheap car lease deal for new luxury cars.

You can lease the 2017 Chevrolet Equinox for $219 per month, which is a great auto lease deal. This car’s smooth driving, and comfortable, roomy interior make this a popular choice, and this cheap car lease deal makes it even more appealing.

The 2017 Hyundai Santa Fe is available to lease for just $249 per month. This is a great time to get an auto lease deal on the Hyundai Santa Fe, as prices are lower than ever for this model. The car’s elegant interior design, powerful V6 engine and speedy acceleration, and generous warranty coverage are all reasons for its popularity.

At $309 per month with zero down payment, the auto lease deal for the Dodge Charger is fantastic. Data from U.S. News & World Report shows that reviewers love the Dodge Charger for its ease of ride combined with its higher-than-average power for a large sedan.

How to Find the Best Used Car Lease Deals

How does it work? Used car lease deals are typically available for certified pre-owned (CPO) cars less than four years old, with mileage under 48,000. The structure and process for leasing a used car is more or less the same as for a new car, and you can expect to save anywhere from $40 to $125 per month by leasing a used car instead of a new car.

Be sure to go through a reputable, franchised dealership rather than private sellers, though, as this is the only way to ensure that you are leasing a true CPO car (the only kind of car you should be leasing).

If you try to lease through an independent dealer or owner, you face a lot of risks. If you do choose to go that route, make sure you scrutinize every line of the auto lease deal before signing.

Since not all dealerships offer used car lease deals, you’ll need to do a little research on the front-end to find ones that do. Start by finding a car you like, and then call some dealerships in your area to see if they offer leases for used cars.

After finding a dealership that has the car you want and offers used car lease deals, go online and do some research to determine what is a fair sale price for the car, and then negotiate the terms of the lease (down payment, monthly payments, and residual value of the car) from there.

And, last but not least, don’t forget to take your new steed for a test drive before signing the auto lease deal!

So, now you know where to find great auto lease deals, but you may still be feeling a little uneasy about the process of how to actually negotiate a good car lease deal. Fear not; we’ve got an easy-to-grasp list of do’s and don’ts that you should follow when looking for the best auto lease deals:

Trying to find cheap car lease deals can be an intimidating process, but it doesn’t have to be! In this article, we highlighted eight of the best auto lease deals for new cars. With these tips, you’re well on your way to finding the perfect cheap lease car deal for you.

We also explained that despite many people’s lack of awareness that used car lease deals even exist, you can actually save significant money by leasing a used car, and we offered detailed guidelines on how to go about leasing a used car safely and affordably.

Even if your dream car wasn’t on our list of best cheap car lease deals, at least you now have an idea of the range you should expect to pay for a good car lease deal.

This will make you more informed when you get to the point of actually purchasing an auto lease deal — and an informed buyer is a smart buyer!

By following our list of do’s and don’ts when looking for the best auto lease deals, you’ll be on the right path to finding your dream car at a price you can afford. With this guide, the world of vehicle leasing deals is at your fingertips!