ᐅ Garmin DriveSmart Review | The Best GPS Navigation? Or Does it Fall Short?

Is the Garmin Car GPS the Best? Get the Pros & Cons in Our Garmin DriveSmart Review

We’ve become so accustomed to hearing that friendly voice tell us where to turn next that we miss it when we actually know where we’re going. Car GPS navigation systems have become so helpful, that most of us wouldn’t think of going on a trip without one.

When you think of a GPS, it’s hard not to think of Garmin, a major name in auto navigation systems. They were also one of the earliest to take advantage of the US Defense Department global positioning system (GPS) when it was made available for civilian use back in the 1990’s. 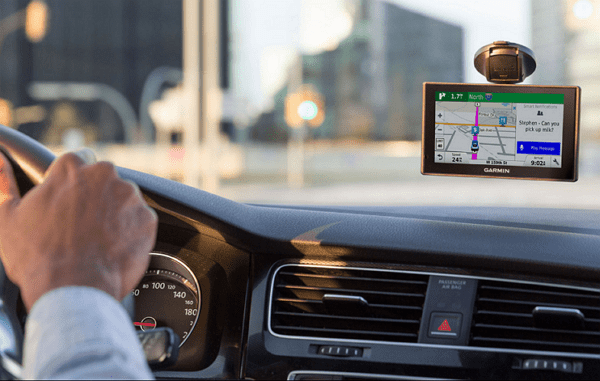 Garmin DriveSmart is a brand mentioned often as the best Garmin GPS due to features such as pinch-to-zoom display and voice-activated navigation and calling. And it’s often among the top 10 in Garmin GPS reviews and reviews of other nav systems for the best GPS navigation for drivers.

Has Garmin kept up with the newest GPS advances or have other brands taken the lead? We’ve researched this best Garmin GPS to bring you the answers in this AdvisoryHQ News Garmin GPS review!

If you’re thinking of buying a new GPS nav system this year, you’ll want to read on to learn all about the Garmin DriveSmart, it’s features and drawbacks.

The company behind the Garmin car GPS system was started in 1991, the same year that international rival TomTom was also founded. Garmin is headquartered in Olathe, Kansas and has 60 offices around the world.

While Garmin DriveSmart and their other auto navigation systems are one of their main areas of business, they also work in other fields such as:

Garmin Car GPS systems have gone through several different lines and models over the years, with the Drive series, including Drive, DriveAssist, DriveLuxe, and DriveSmart being first introduced in 2016.

We’ve got mini Garmin GPS reviews of all their models below to help you decide which is the best GPS navigation tool for you. We’ll go over prices and features and release dates for each best Garmin GPS, then in the next section you’ll hear from Garmin DriveSmart reviews. 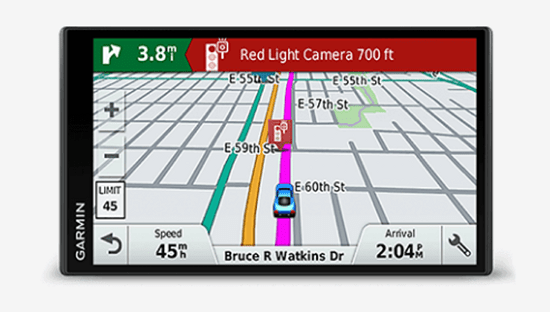 Other standard features of the Garmin DriveSmart 70, 60, and 50 include:

These next two models are the newer releases, and the 51 and 61 have some key differences from the Garmin DriveSmart 70, 60, and 50. First, they were released about a year later, in 2017, next you get real-time services with them like Garmin live traffic and live parking.

Another nifty feature of this Garmin DriveSmart GPS is the ability to pair it with the Garmin smartwatch and get navigation on your wrist while walking or help finding your parked vehicle.

You also get the Garmin live traffic and real-time updates with this model as well as the 51 LMT-S.

Now that you know the products, prices, and their features, let’s find how well these Garmin car GPS models score with drivers.

Ready to find out if consumers think Garmin is the best GPS navigation system around or if they find it lacking? We’ve dug into Garmin DriveSmart reviews to bring you the pros and cons from drivers.

Do those Garmin live traffic updates really help? Is there a particular model that stands out? We’ll go over the overall ratings for the Garmin car GPS first, then get into the nuts and bolts of the Garmin GPS reviews.

Popular Article: Everything You Need to Know about TrackR Bravo App

Despite some cons about making poor road choices, a majority of reviewers find the Garmin DriveSmart GPS models very helpful and easy to use. The large screens are mentioned as a big plus along with the driver safety alerts.

Negatives for the Garmin DriveSmart GPS revolved around the map database and the length of time it took for updates. It’s possible that some map issues could be due to the unit not being updated recently.

The Garmin GPS prices are fairly reasonable, and you can even find lower prices for some of the earlier models, like the Garmin 50LMT, at retailers like Walmart.

While comparing their overall scores against competitor, TomTom, Garmin DriveSmart came out ahead in the star ratings averages.

So, which is the Best Garmin GPS for you?

If you want real-time traffic and road conditions and Wi-Fi connections for easier updates, then the DriveSmart 51 or 61 are your best options. If you’re looking for a bargain and don’t need as many features, then you’ve got some good choices between the Garmin DriveSmart 70, 6o or 50 GPS models.

Read More: Everything You Need to Know about the Tile Tracker App