Fitbit Review | What Is a Fitbit? Everything You Need to Know About Fitbit 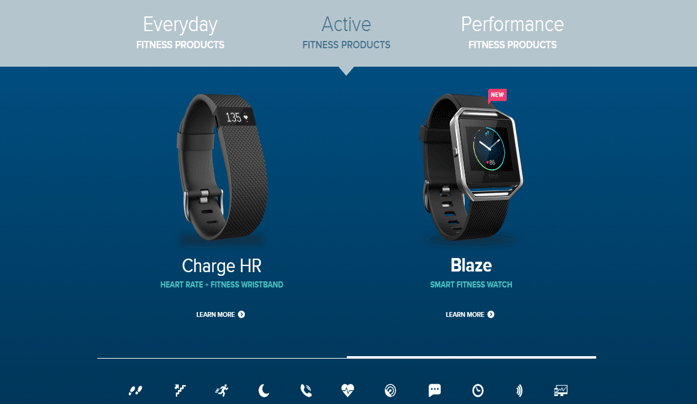 Overview: Fitbit Review | What Is a Fitbit? Everything You Need to Know About Fitbit

Many people are trying to take better care of their bodies today than ever before. With the advances in technology, it has become even easier for us to integrate exercise into our daily routines.

The new Fitbit watch has been touted as the best fitness band to help you incorporate exercise into your schedule while allowing you to keep an eye on exactly how healthy the decisions you’re making might be. And, yet, some consumers still know very little about Fitbit and are raising some valid questions, such as:

Could you stand to make a few changes in your fitness routine? In our own Fitbit review here at AdvisoryHQ, we aim to tell you whether or not the rumors of Fitbit bands being the best fitness band around are true or not. So, let’s begin with the basics. What do you need to know about Fitbit?

What Is a Fitbit?

Before you can decide if it’s worth the investment, there are likely a few things you want to know about Fitbit. If you’ve ever wondered exactly, “What is a Fitbit?” then it’s time to do a little investigating on exactly what you can do with these Fitbit bands.

What is a Fitbit? The easiest answer comes directly from the creators of Fitbit bands themselves: it is a piece of “wearable technology” that is designed to “change the way we move.”

Your Fitbit reviews the way you move and the amount of activity you participate in each day to help you track and record your fitness goals. If you’re on the path towards a healthier lifestyle, the Fitbit bands make it easier to seamlessly integrate your everyday workouts with your wireless technology to better monitor your progress. 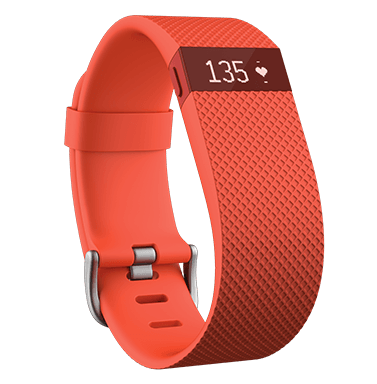 Since its creation, Fitbit bands have evolved significantly. They are no longer simply wireless fitness trackers or pedometers. They now include heart rate monitors and silent alarms that promise to wake you up by gently vibrating you out of your slumber in addition to tracking how far you’ve run or walked.

You can find a Fitbit watch just about anywhere: on the wrist of your cashier, on a busy mom wrangling her four kids or on the waistband of the avid jogger you pass each evening on your way home from work.

What is a Fitbit good for? Take a look at all of the features you can find on some of the various Fitbit bands available:

Besides a range of different features, there are also now eight different types of Fitbit bands available. Fitbit reviews the different features and benefits of each product on a regular basis and consistently rolls out new Fitbit bands and products that align with its customers’ preferences. It’s no wonder that so many people refer to it as the best fitness band. There are simply so many options to choose from that you’re sure to find one that will meet your needs.

Once you can answer, “What is a Fitbit?” it’s time to move onto how much it costs. No Fitbit review would be complete without closely examining the Fitbit price that you can expect to pay for its various models. With eight different Fitbit bands to choose from, the prices can vary pretty significantly. We will take a look at the Fitbit price options for just a few of the choices:

Don’t Miss: What is Jomashop? Is Jomashop Legit? Reliable?

None of these Fitbit bands strike your fancy? That’s okay, because there are four others to choose from including the Fitbit One, Fitbit Charge, Fitbit Alta, and Fitbit Blaze. There are a number of features available on the various Fitbit bands depending on how much you intend to rely on your band, the Fitbit sizes you require, and how intently you would like to monitor your physical activity.

If you know about Fitbit bands, it’s probably time to also take a moment to examine the Fitbit app. What can you find out from a Fitbit app review? For starters, you don’t even need Fitbit bands to be able to use the app. You can allow the Fitbit app to review your steps, track calories, and monitor your physical health without purchasing Fitbit bands.

With almost 200,000 ratings, a quick Fitbit app review from the Google Play store for Android users shows that the app has a four-star rating. If you spend any time reading a Fitbit app review, you’ll see that you can use the program for a number of items: you can track your goals, log different activities like yoga or cycling classes, keep a food diary, and compete against friends on fitness challenges.

Both Healthline and PC Mag listed the app as one of their top choices in a Fitbit app review. It received a four-star rating or higher depending on whether the iPhone or Android Fitbit app review was in question. Healthline based its decision off of user Fitbit app reviews, interfaces, and the effectiveness of tracking the data you input.

Of course, the effectiveness of the Fitbit app depends largely on the accuracy of the additional information that you put into the program.

The wireless tracker will update some of the information but does not account for additional exercise classes or calorie intake. While the device itself can do little to motivate you, the competitions among your friends might be the perfect motivation to keep moving with your Fitbit bands. 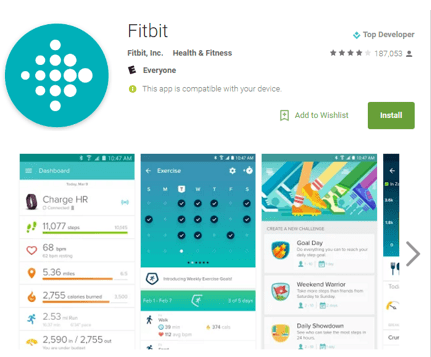 Once people start to learn about Fitbit and can answer the question, “What is a Fitbit?” it’s only natural to wonder what the Fitbit reviews have to say. These fitness bands are so prominent today, but are they really the best fitness band option on the market?

One Fitbit review from Wareable stacked Fitbit bands against similar fitness trackers from other name brands, including Garmin and Jawbone, in several categories. It decided that the Fitbit bands were clear winners in two major categories: the best overall fitness tracker and the most stylish fitness tracker.What many Fitbit reviews fail to mention is just how wide of an array of Fitbit bands are available on today’s market. You can find a fitness tracker from this company that meets almost all of your expectations. For example, do you want a tracker that will notify you when your smartphone rings? You can set up wireless Bluetooth between your devices on several of the available models, depending on which Fitbit price you’re hoping to stay within.

Some individuals are opting for Fitbit bands instead of smartwatches. The Fitbit Surge, easily the most expensive Fitbit price available, is essentially a smartwatch, with its touchscreen display, music controls, and text message notifications. Instead of the pricier models made by smartphone companies, the Fitbit Surge may satisfy your technological craving for something more than a traditional watch.

In a separate Fitbit review from Live Science, it considered the Fitbit Flex to be lightweight and comfortable on the wrist. It gave it a rating of 6 out of 10 for user-friendliness and gave the overall Fitbit review a 6.3 out of 10 rating. For the price combined with the access to the Fitbit app, this rating would indicate that Fitbit bands would likely be a good investment for those looking for an easy-to-use and comfortable way to track their fitness goals.

Where do Fitbit bands fall short? Unfortunately, even the best fitness band can’t help you in a few areas. For example, the fitness bands available on today’s market can’t create an exercise regimen for you. You still have to plan your own workouts and encourage yourself to make healthier lifestyle choices. Fitbit app reviews would do well to note that the competitions staged among friends may help encourage you to keep moving, though the band itself cannot.

It also can’t offer assistance with your fitness goals. Do you need to improve your cardiovascular health more or focus on creating lean muscle in your calves? Fitbit reviews your level of physical activity, but it can’t tell you exactly where you stand on a spectrum of physical fitness. You might be a couch potato or an avid athlete, but Fitbit bands can’t tell the difference. They can only track the progress you’ve made since using the fitness tracking.

Fitbit bands, like the other best fitness band brands on the market, can’t make this determination for you. Any Fitbit review should note that if you want to receive a detailed assessment of where your physical health could be improved, you might want to seek the assistance of a trusted friend, family member, personal trainer or doctor.

Are Fitbit bands just the thing you’ve been looking for to help you reach your weight loss and fitness goals? Now that we’ve covered everything you need to know about Fitbit, you should be able to confidently answer the question, “What is a Fitbit?” Now, it’s time to decide if a fitness tracker could be a wise investment for you.

In our Fitbit review, it’s easy to conclude that there are some definite perks to having a fitness tracker like the Fitbit bands. The Fitbit price range can go from under $100 to just around $250, depending on which features you feel would be necessary to help you achieve your goals. Even the Fitbit app review is positive with all of the additional data you can input to help it track more accurate information.

Overall, Fitbit bands definitely seem like the best fitness band on the market today. You have a variety of models to choose from, and they all seem to have positive Fitbit reviews, even those with just the basic features.