Fidelity IRA Review Overview: What You Should Know Before Selecting a Fidelity IRA

This Fidelity IRA review article gives a comprehensive overview of the services available through a Fidelity IRA.

Although there are other Fidelity IRA reviews and Fidelity Roth IRA reviews on the web, this article aims to provide you with a more detailed look at what this major financial institution has to offer.

This article will cover all three and provide information on the commonly queried topics:

They have investor centers in over 140 locations throughout the U.S. and operate a major online discount brokerage. As one of the investment trustee giants worldwide, Fidelity offers a wide array of income and growth investments such as mutual funds, stocks, bonds, ETFs, CDs, and more.

You might wonder, “Why should I get an IRA in particular?”

In short: tax advantages, which we will explain in further detail. Subsequently, you may ask yourself if you should choose a Fidelity IRA and, if so, which Fidelity IRA is right for you.

Here we will focus on the offerings of a Fidelity IRA and try to break down the features of the three main types of IRAs in a way that’s not too difficult to digest. So, if you want to read a detailed Fidelity IRA review and are ready to find out which Fidelity IRA best suits you, let’s dive in!

See Also: Best Retirement Communities in Florida to Retire to 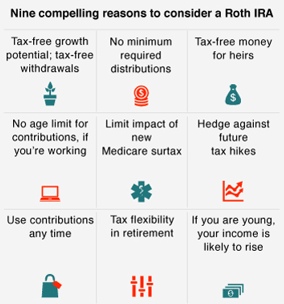 First, let’s begin with a Fidelity Roth IRA review. A Fidelity Roth IRA offers federal tax-free growth potential and tax-free withdrawals, as long as certain conditions are met. You contribute money you have already paid taxes on, so you that you don’t have to pay taxes when you withdraw funds in the future.

As per this Fidelity Roth IRA review on YouTube, younger people with income that is growing may find a Roth IRA more advantageous. They may prefer to pay taxes now rather than down the line at the time of withdrawal. The only age requirement is that you must be at least 18+ to open a Fidelity IRA.

Ideally, you would not need to withdraw retirement planning funds prior to retirement. But if you might need the funds early, a Roth is more flexible than other retirement accounts for accessing your contributions.

You can withdraw your contributions penalty-free under specific circumstances — for instance, for a first home purchase or funding education — provided you have had the account for at least five years.

TIME.com offers a simple explanation in their Fidelity Roth IRA review. If you anticipate being in a higher tax bracket when you retire than you are currently, a Roth IRA allows you to settle your tax bill now instead of waiting until retirement when your higher income will be taxed.

A Fidelity Roth IRA review wouldn’t be complete without mentioning the MRD details. A minimum required distribution (MRD) refers to the minimum amount you must withdraw from your account each year. There are no minimum required distributions during the lifetime of the original owner, which sets the Roth IRA apart from traditional and rollover IRAs. The IRS has a Fidelity Roth IRA review which indicates that a Roth IRA does not require withdrawals until after the death of the owner.

From an estate-planning perspective, a Roth IRA is beneficial for passing assets down to heirs tax-free. An existing traditional IRA or an old workplace plan, such as a 401(k) or 403(b), can be converted into a Roth IRA.

Don’t Miss: At What Age Can You Retire? Here is an Overview of How Soon You Can Retire 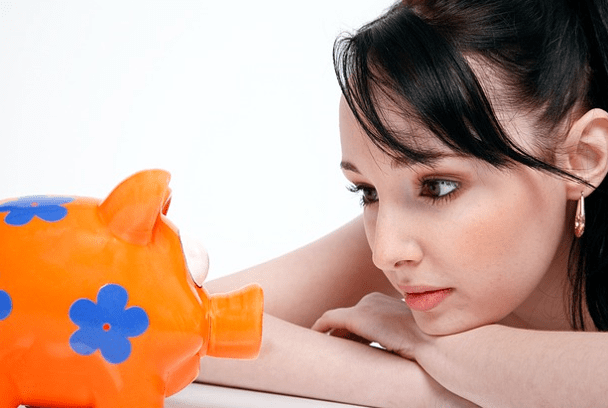 If you are changing jobs or retiring and have a retirement plan from a former employer, a Fidelity rollover IRA may be for you. An IRA rollover can offer broader options than your previous workplace plan, such as mutual funds, stocks, bonds, and exchange traded funds (ETFs).

A rollover IRA can help you combine all of your retirement plan assets into a single IRA and devise a retirement income strategy. The rollover also has the option of penalty-free withdrawals for first-time home purchases and education, similar to a Fidelity Roth IRA. Most people are eligible to roll over assets into a traditional IRA or Roth IRA.

If you complete a rollover through a trustee transfer and the assets go directly from an employer-sponsored plan into a rollover or traditional IRA, there are no tax implications. Common reasons for a Fidelity Rollover IRA are leaving a current employer, attainment of age 591/2, death, or disability. Fidelity recommends contacting your current plan to determine if you are eligible for a distribution and subsequent rollover.

However, Fidelity also has rollover specialists available to answer questions, help initiate distribution, and guide you through the process. Alternatively, there is a three-step checklist available on Fidelity’s website for transferring existing IRA assets.

A Fidelity rollover IRA differs from a Roth IRA in the minimum required distributions (MRD), which start at age 701/2.

With a traditional IRA, you make tax-deductible contributions. When you withdraw funds, you pay taxes at your current income tax level. Thus, if you withdraw the funds in retirement, you may be at a lower income bracket and be sheltered from paying higher taxes on the withdrawal. Earnings grow federally tax-deferred.

Unlike a Roth IRA, a traditional IRA has no income limits in order to make contributions. However, pre-tax contributions and any earnings are taxable once withdrawn. A 10% early withdrawal fee may apply for funds taken out prior to age 591/2.

A Traditional IRA is similar to a Rollover IRA in its minimum required distributions, which start at age 701/2. Fidelity IRAs have no set up or maintenance fees and no transaction fees when trading most Fidelity mutual funds.

Pros & Cons of a Fidelity IRA

What have we learned in this Fidelity IRA review? In the Fidelity IRA Roth review, we learned the main difference between a Fidelity Roth IRA and a Fidelity traditional IRA is whether you pay taxes upfront or in the future. Another distinguishing factor is that you can leave money in a Roth IRA to grow for as long as you choose, whereas a traditional IRA requires that you withdraw money starting at a specific age.

As far as Fidelity IRA fees: Fidelity Roth IRA fees are structured in the same way as a Fidelity traditional IRA and a Fidelity rollover IRA.

A Fidelity Roth IRA review of its offerings may be the ideal option for young people advancing in their careers or anyone interested in passing assets along to heirs tax-free. A Roth IRA has more flexibility for withdrawing assets if needed before retirement.

A Fidelity Roth IRA has income eligibility requirements but a less strict age requirement than a Fidelity traditional IRA. Of the three primary IRA categories Fidelity offers, a Roth IRA is the one that has no minimum required distributions.

Fidelity has a Traditional vs. Roth Evaluator wherein you can check eligibility to find out which IRAs you qualify for. You can view the Fidelity IRA review about other IRAs Fidelity offers, such as SEP IRAs and SIMPLE IRAs.

Hopefully, this Fidelity IRA review and Fidelity Roth IRA review gave you information you can use when selecting your preferred form of retirement planning.