Fidelity Reviews | What You Should Know (Pricing, Investments, 401(k), Life)

Intro: Fidelity Review (What You Need to Know about Fidelity Investment Services)

Retirement planning concerns all of us, though our attitudes toward the prospect of saving for retirement may vary.

Some of us regard our impending retirement with dread (“How will I ever be able to save up enough money to retire?”); others are comfortable with what they have saved for retirement and are looking forward to their golden years. 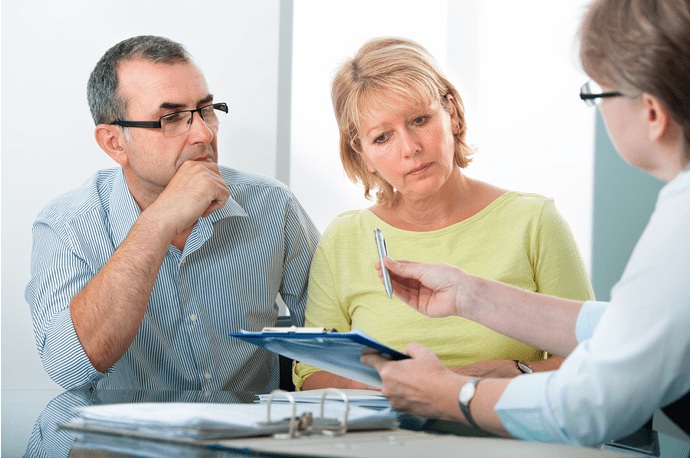 No matter which category you fall into, retirement planning can be an arduous and stressful endeavor, which is why so many of us rely on investment companies to point us in the right direction.

There are many companies in the marketplace that offer the services needed to make our journey toward retirement as smooth as possible, but one of the biggest players in this industry is Fidelity Investments.

In this Fidelity review, we will take a look at the feedback available online from other Fidelity reviews as well as all the components of Fidelity’s business and services to help you decide if Fidelity is right for you.

Fidelity was founded by Edward C. Johnson II in 1946; that same year, it began its mutual fund operations. In addition to mutual funds, Fidelity also manages 401(k) plans, offers life insurance policies, and offers the equivalent of banking services (we’ll get into that in just a little while).

Fidelity intends to act as a one-stop resource for all your money management needs, from your day-to-day finances to your long-term goals. (A breakdown of Fidelity’s fee structure for managed accounts can be found here.) In order for this Fidelity review to give you a clearer picture of whether their structure meets your needs, let’s take a closer look at the individual components of the business.

Most Fidelity reviews tend to overlook that Fidelity’s business model was and is centered on the concept of “intelligent risks.” In the early days of the business, this meant giving brokers more freedom than they had previously enjoyed; in recent years, this has meant Fidelity has taken a different approach from competitors to its investment strategies.

From the Fidelity investments review on Investopedia:

“On its official company website, Fidelity openly states its disagreement with both the Efficient Market Hypothesis (EMH) and Modern Portfolio Theory (MPT). The company doesn’t expect markets to always price every security correctly, which means that skilled managers and good research are necessary to spot and adapt to mispriced stocks.”

This, of course, raises an interesting dilemma for the consumer, and it’s an important factor when you review Fidelity investments.

On one hand, the idea that Fidelity is willing to go against conventional wisdom for a chance at higher returns might give you a higher rate compared to more traditional plans.

On the other hand, it can be unnerving to put the fate of your retirement plan in the hands of someone who may take more risks with your money – risks that may not necessarily lead to greater rewards.

When considering these risks, it is also important to understand the distinction between the suitability standard and the fiduciary standard, which is something that most Fidelity reviews (or Fidelity investments reviews) don’t discuss. Most financial advisors are only bound by the suitability standard, which essentially mandates that advisors must understand their clients’ specific financial situations and make recommendations that are a good fit for you.

The fiduciary standard is stricter; if your advisor has a fiduciary responsibility to his or her clients, they are bound by that responsibility to always act as a guardian for your funds, which means they will be less likely to take unnecessary risks when investing them. Most advisors only have to adhere to the suitability standard.

Last year, Fidelity launched a fiduciary program with the aim of minimizing some of the risks their advisors are able to take. However, since the launch of this initiative, recent Fidelity investments reviews are unclear how the fiduciary responsibility affects the average advisor at Fidelity. It is also unclear if this new responsibility means Fidelity won’t have the freedom to take the same risks they have in the past with their clients’ investments.

Don’t Miss: WorldRemit Reviews – Get All of the Facts Before Using Worldremit.com

Fidelity doesn’t operate a commercial bank in the traditional sense. You may wonder, “How can a financial company expect to manage all their clients’ finances when the majority of those finances are with a separate institution?”

Fortunately, it seems Fidelity has considered this. In a blog post on their site, Fidelity reviews commercial banking services and explores whether or not people really need a commercial bank anymore. One reason given is that with the advent of online banking and bill pay, Fidelity is as well-positioned as any traditional bank to meet its clients’ daily money needs. From the post:

“Indeed, it’s hard to remember the days when it was necessary to visit a branch to perform a simple transaction like a funds transfer. Now most transactions, including mobile check deposits, can be completed with the tap of a finger or a click of a mouse. As a result, banks across the country are closing branches, citing the high costs of operating those branches and the decline in traffic from customers at their branches.”

They do make a good point: very few of us have any real need to go into a bank branch anymore, and you could just as easily have your accounts set up through an asset management company without any real effect in your day-to-day routines. That being said, a proper Fidelity bank review can’t be accurately undertaken, as Fidelity does not have a real bank.

You may be surprised to learn how poorly Fidelity’s services are rated online. The Consumer Affairs site has 55 Fidelity 401k reviews, and the average score is one star out of five.

In some cases, a little investigation will reveal that the negative feedback a company receives is based more on user error or a specific experience that will have little effect on the average consumer; unfortunately, the specifics of the Fidelity reviews indicate that there are serious problems with the way Fidelity’s 401(k) plans are managed.

Of all the Fidelity 401(k) reviews provided, there is a disconcerting amount of feedback about a general lack of knowledge on the part of the people running these accounts. One reviewer in particular had this to say:

“I did some research and found out that since my IRA was not in the quarter million dollar range, my team was a bunch of 20-somethings out of college managing my $180,000 account. They were not moving with the market but [rather] trying not to lose a lot of money instead.”

Taken on its own, this feedback wouldn’t necessarily be damning; however, there is a recurring theme among these Fidelity 401(k) reviews indicating that the Fidelity advisors may simply be ill-equipped to manage their clients’ accounts.

When you review Fidelity life insurance policies, if you’re under a certain age and maintain a moderately healthy lifestyle, a whole life insurance policy may be best for you; you’ll pay lower premiums, and the policy is guaranteed to cover you for as long as you live. That said, of the Fidelity life reviews available online, the flexibility offered between term and universal insurance makes it an overall attractive option for the right consumer.

There is a reason that Fidelity has $5.1 trillion in assets under management; simply put, they’ve been successful at what they do since they entered the market. While the Fidelity 401(k) reviews were a major red flag, it is a sign of responsibility and maturity that they have taken steps toward establishing a fiduciary standard for their customers.

Aside from the underwhelming feedback on the Fidelity 401(k) reviews, the reviews of Fidelity investments as a whole indicate that their customers’ money is largely in good hands. Consumers who are willing to do the research when it comes to selecting their funds will be able to relax as their advisors and brokers help guide them toward a comfortable retirement; this, of course, begins with a proper Fidelity investments review.

And there is something to allowing one’s asset management company to handle day-to-day banking transactions. Though a Fidelity bank review isn’t possible, they made some great points as to why the average Joe may not need a bank the way he used to.

This level of foresight and creative thinking is certainly not new to the financial industry at large, but due to its sheer size and influence in the industry, Fidelity is in the unique position of being able to influence the average consumer and shift the way we approach our finances.

The overall Fidelity reviews generally paint a picture of a company that has enjoyed steady growth and has done well by its customers. More importantly, Fidelity has taken great strides in demystifying the retirement planning process.

So, if you’re thinking of revisiting your retirement planning, whether you’re confident, concerned, or somewhere in the middle about your progress thus far, Fidelity is overall a good partner to help you take the next step.