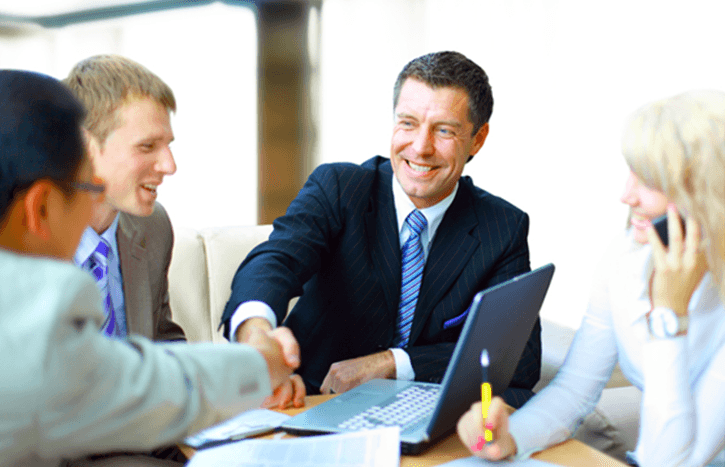 Everyone (that is, except the millennials) has heard of the Enron disaster. The fall of the energy giant in 2001, was caused by corruption and accounting fraud within the company.

But in the consulting world, that momentous event is remembered for something else: the Big Five were reduced to the Big Four.

The Big Four are the four largest international auditors: Deloitte, PwC, EY, and KPMG. Deloitte is the only American among them. PwC and EY are British, and KPMG is Dutch. Arthur Andersen, which had been a respected and influential consulting firm, went down with Enron.

The moral of the above story is this: even the watchmen sometimes needs to be watched. It pays to be informed about who we are hiring to check on our business — which is why we have written this Deloitte overview.

After reviewing this short Deloitte review, you should be able to gain an interesting and useful insight into Deloitte financial advisory services, Deloitte technology consulting, and the employment opportunities in one of the Big Four.

First Among Equals – What is Deloitte?

One answer to the question “what is Deloitte?” would be “the second largest consultant in the world by revenue and the largest by the number of professionals.” According to the company data for 2015, Deloitte had revenue of $35 billion and was operating in more than 150 countries. 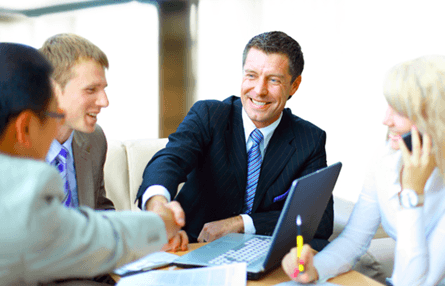 Image Source: What is Deloitte

Actually, the full name of the organization providing Deloitte services is Deloitte Touche Tohmatsu Limited, a legacy of mergers and acquisitions which made the company grow even during the tumultuous 2000s.

Deloitte is, in fact, a global network of companies, where each member remains separate and independent. The reason for this structure is safety: one company providing Deloitte services is not liable for another company’s mistakes. 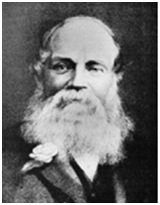 Even though this Deloitte review will not be about the past, we should mention its extraordinary founder, a man by the name of William Welch Deloitte.

Deloitte started his business during the railroad boom in the 19th century, when railway barons needed someone to sort out their finances.

An accounting prodigy, Deloitte invented all sorts of fraud safeguards and became the first independent auditor in world history. That is quite a pedigree for an auditing company.

But no company can live on past glory. We will take a look at present-day Deloitte financial advisory services, Deloitte technology consulting, and Deloitte reviews from reputable sources. We intend to find the answers to a few simple questions: What is Deloitte? What does Deloitte do? And, most importantly, what use is Deloitte for prospective clients or employees?

There are five main groups of Deloitte services:

Their consulting web page claims that they “help clients solve their most complex problems, from strategy to implementation.” Deloitte doesn’t just advise, they say, but also executes.

Okay, but what is Deloitte actually doing? Well, this is not just incomprehensible finance talk. Some examples of Deloitte services are easy to understand, even for a layman.

Don’t Miss: Italki Reviews – Get all the Facts before Starting with Italki.com

From Mercedes to the pope

Deloitte financial advisory services and Deloitte technology consulting across the world have been growing in size, scope, and profile, taking on some real giants. Last year, Indian Railways decided to use Deloitte services to prune down their huge management staff of 18,000.

Daimler, the producer of Mercedes, hired Deloitte’s investigators for a probe of its diesel-engine emissions, demanded by the U.S. Department of Justice. And Pope Francis, determined to weed out corruption in the Vatican, appointed the retired CEO of Deloitte in Italy as the first auditor-general of the church state, “answerable only to the pope.”

Most recently, in May 2016, Deloitte technology consulting won a mega deal together with Accenture, Bilfinger, and IBM, after a tender process with dozens of bids.

Thames Water, Britain’s biggest water and sewerage company, hired them to provide a range of digital consultancy and technology services. The total size of the contract is £380 million (about $552 million) over the period to 2020.

Obviously, the sheer size of Deloitte services is enormous. And let us not forget their indirect influence. Every year, Deloitte reviews all kinds of business-related issues and publishes reports and studies that are widely cited by the most reputable media in the world.

A Deloitte review can be the basis for forecasts that can affect whole industries, such as a fall in consumer confidence, for example.

Gartner’s Magic Quadrants are a good way to evaluate a company. In the 2015 quadrant for business analytics services worldwide, Deloitte is up there with the global leaders. Under the quadrant, you can read a Deloitte performance review. What does it have to say about Deloitte services?

Gartner praises the company’s innovation. And, in fact, Deloitte has been pioneering arcane new financial technology, and even bringing it closer to the average Joe. Deloitte technology consulting is based on 21 Global Delivery Centers and 25 Deloitte Greenhouses providing solution prototypes and analytic models. 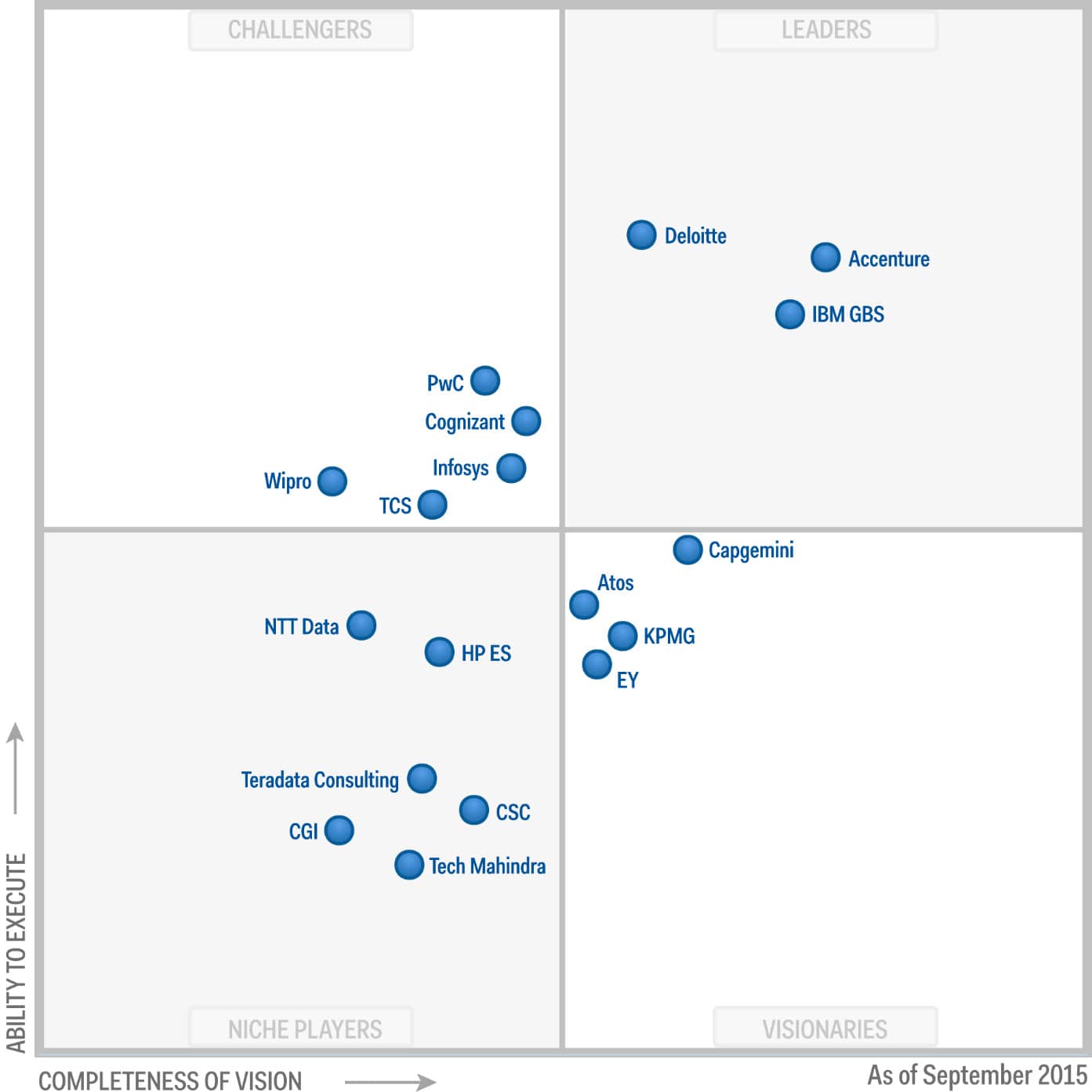 Perhaps even more interestingly, Gartner lists “cautions,” or reasons why you might consider not using Deloitte services. There are three main cautions: a weak focus on Latin America and Asia/Pacific; premium market pricing (which is nevertheless presented as justified); and restrictions on the consulting/auditing mix.

Call us superficial, but these cautions do not look like much to us. Especially considering that the competitors EY and PwC, also on the list, have as many cautions as Deloitte, or even more.

An interesting Deloitte review by CBR made a comparison with other consulting leaders. CBR, which is interested in digital transformations, points out that consulting accounts for a third of Deloitte services, with the company’s strongest points being Customer Experience Implementation services and CRM services.

Do you have what it takes?

If this Deloitte review makes you want to work for the company, it is certainly a realistic goal. Take a quick guess: how many employees does Deloitte have? 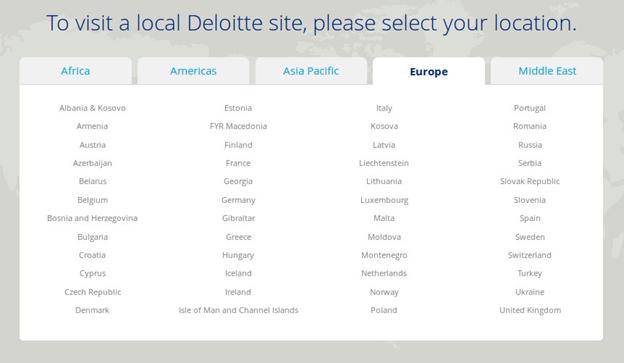 You are probably thinking in thousands, maybe even in tens of thousands. Not even close! According to the company’s own data, a whopping 200,000 employees provide Deloitte services across the world. And there were 2,882 job openings in February 2016.

But before you start picturing yourself in a corner office of 30 Rockefeller Center, get ready for crowded interview rooms. There were 561,386 applicants, with more than sixty candidates for each job. Everyone wants to work for a winner.

The hiring policy is nothing short of super-progressive. Since 2015, the company has been led by the first female CEO in any of the Big Four companies. And almost half of Deloitte management is made of women and minorities.

But don’t think that you are certain to land a job because you are a native Hawaiian. Your biggest asset when applying at Deloitte is who you know: 40% of new hires come from referrals from Deloitte’s employees – in other words, they recommend their friends. So, your college parties could result in more than just hangovers.

Show me the money!

What is Deloitte doing for its employees to develop their learning? Well, if you want to learn, Deloitte is the right place: whether you work in Deloitte financial advisory services or in Deloitte technology consulting, you will have an average of 58 or 25 hours of training per year, depending on whether you are a salaried or hourly employee. Also, you will get $10,000 in university tuition reimbursement and $25,000 for doctoral dissertations.

Learning is nice and good, but let’s be honest: the decisive factor when joining a company is salary. So what does Deloitte do to attract new blood? The employee review website Glassdoor gives the following figures: a consultant at Deloitte earns $86k, a senior consultant $113k, and a manager $135k. Of course, only you can tell whether that is enough money for your skills.

Just like most of us, Deloitte has gone digital not only in its business, but also in its culture. As one visitor described the company’s Arlington office, “there were colorful Post-It notes on walls, the space was open, and closed offices were nonexistent.” And if you succeed in landing a job in Deloitte Montreal, you will be working in a futuristic dream.

We collected various sources, some of which can be found in this article as links. With all this, we hope we have managed to satisfy your curiosity — or pique it to go do some poking around of your own.

We have described a very large company. Size matters, in good and in bad. It is an indicator of trust and a guarantee of professionalism. On the other hand, it can also mean a certain rigidity and inability to adapt to all of a client’s needs.

For potential employees, Deloitte means a very secure job where they can learn a lot. But they will have a hard time climbing up the corporate ladder. And as Arthur Andersen showed, no company is “too big to fail.”

Popular Article: ScoreBig Reviews and Coupon Codes – How Does ScoreBig Work (Is it Legit?)