Coinbase Review | How Safe Is Coinbase? Is it Really Legit? (Coinbase Price, App, and Wallet) 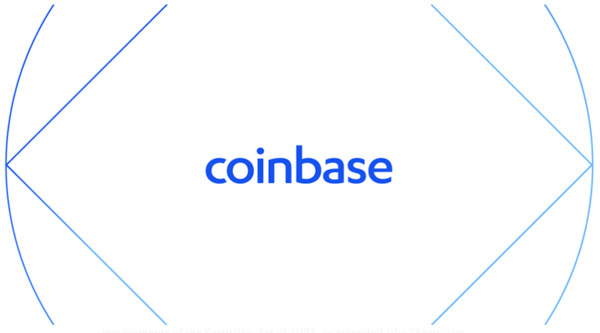 Overview: Coinbase Review | How Safe Is Coinbase? Is it Really Legit?

A few years ago, the way we view currency experienced a major paradigm shift with the unveiling of bitcoin, a decentralized digital currency that allows individuals to perform peer-to-peer transactions without having to use an intermediary (such as a banking institution).

Because bitcoin does not have a central bank like the U.S. Federal Reserve to print new currency, it carries a lower risk of currency fluctuations; instead, new bitcoins are “mined” by computers around the world, and it is anticipated that there will be a maximum of 21 million bitcoins in circulation.

As bitcoin grew in popularity, a question arose: Could it sustain itself as a currency? The answer lay in making bitcoin more accessible to the general public; to do that, it was necessary to establish platforms by which bitcoin owners could trade their assets. One such platform is Coinbase.

Founded in 2012, Coinbase is “a digital currency wallet and platform where merchants and consumers can transact with new digital currencies like bitcoin and ethereum.” The Coinbase wallet offers a secure location for users to hold their bitcoin assets and use them to make purchases or trade on the open market. But with so much uncertainty surrounding bitcoin in general, many consumers want to know two things: Is Coinbase safe, and is Coinbase legit?

See Also: Fintech Firms Are Changing the Way We Pay

What Does Coinbase Do?

As mentioned above, Coinbase is a service by which consumers can invest and hold their bitcoin assets in the Coinbase wallet, allowing them easy access to the alternative currency market. It’s probably easiest to think of Coinbase as a digital stock market of sorts. Coinbase offers two core products: the Global Digital Asset Exchange (GDAX), and a retail exchange. 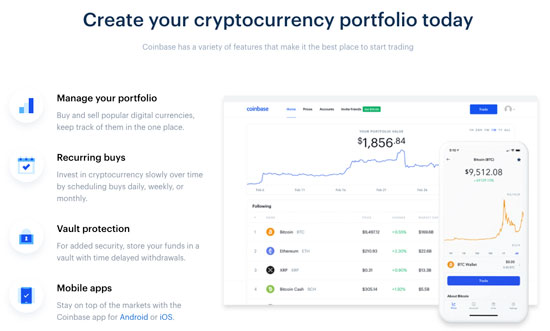 How Safe is Coinbase?

The difference between conducting trades on the GDAX and the retail exchange is fairly straightforward: GDAX trades are bitcoin-for-bitcoin, while the retail exchange offers trades of bitcoin for fiat currency (such as USD). Think of it this way: if you want to trade bitcoin the way you would play the stock market, you would likely use the assets in your Coinbase wallet on the GDAX (since it’s for longer-term investments). If you’re hoping to sell your bitcoin for cold, hard cash, you would use the retail option.

What Is the Coinbase Price?

The Coinbase price is largely dependent on how you use it and how much you’re trading. The Coinbase price uses the “maker vs. taker” model; essentially, that means that if you place an order to buy a certain amount of bitcoin for your Coinbase wallet and that order is immediately filled, you’re considered a “taker” (that is, you’re taking advantage of existing bitcoin that is being offered).

On the other side of the Coinbase price is the “maker” fee. If you place an order for bitcoin and none is available, the order will be put on the books. As soon as someone else places an order for the same amount of bitcoin, you’re considered a “maker” (that is, you’re creating or making a market for that particular transaction) and no fee applies.

If you’re a merchant and are using your Coinbase wallet as a means of accepting bitcoin payments from customers, the Coinbase price to cash out to a fiat currency is a 1% fee, but only after your first $1 million in sales. Considering most credit card payment processors charge at least 3% to process transactions, the Coinbase price is extremely favorable to merchants.

Don’t Miss: Blockchain Explained – What Is a Blockchain?

If you’re unfamiliar with Coinbase or how bitcoin works in general, the Coinbase website can be a bit difficult to navigate. Our Coinbase.com review uncovered very few informational resources available on the site, and it appears that the site is aimed toward the experienced bitcoin investor/trader than the neophyte. The first viewing of the site did not do much to help us answer the questions “Is Coinbase safe?” or “Is Coinbase legit?”. However, with additional research, we were able to uncover some of the security measures on the site (which we will discuss below).

The Coinbase app functions in much the same way as PayPal or most banking apps, with a little twist. When using the Coinbase app, you can see a list of your recent transactions broken up by account (assuming you use multiple accounts), check the current status of your Coinbase wallet accounts, and view the current market price for 1 BTC. 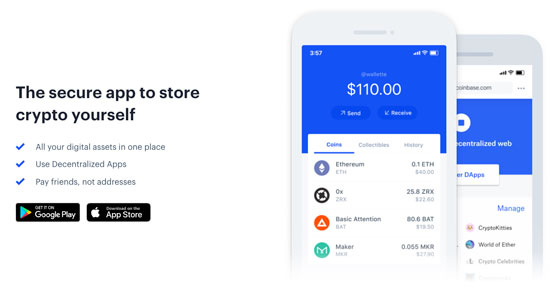 Additionally, the Coinbase app allows you quick access to your Coinbase wallet and the bitcoin market; with options to buy or sell bitcoin directly from the Coinbase app, you are able to trade bitcoin wherever you are (assuming you have cell service or Wi-Fi). Like the website, the Coinbase app is sparse and is probably best used by experienced bitcoin investors, as it assumes that users know exactly what they’re doing and offers very little in the way of explanation.

The two most frequently asked questions about Coinbase are “Is Coinbase safe?” and “Is Coinbase legit?” We’ll discuss our thoughts on how safe Coinbase is in the next section, but first, let’s tackle the second question: Is Coinbase legit? After all, a company can be completely on the up-and-up and not at all engaged in illegitimate business practices but still be unsafe to use.

After researching Coinbase reviews, it is clear that there are very few doubts about the legitimacy of Coinbase. Though some Coinbase reviews have indicated displeasure with the fee structure, we could find no evidence of users questioning whether or not Coinbase is legit. Additionally, there are no warnings from any government agencies that cast doubt on the legitimacy of Coinbase’s business practices.

Now that we know a bit more about bitcoin, how Coinbase works and we’ve answered the question of “Is Coinbase legit?,” we can get into the heart of the matter: the Coinbase review. As mentioned above, because the bitcoin market can seem a bit impenetrable and hard to understand, it can be difficult for potential users to answer “Is Coinbase safe?” on their own.

As with any exchange, there are security and price fluctuation risks associated with using the GDAX. However, because bitcoin is an entirely digital currency and not backed by any federal agency, it is perhaps a slightly more attractive target for hackers. In 2016, Bitfinex (one of the major bitcoin exchanges) was hacked, and nearly 120,000 BTC (approximately $60 million) was stolen.

To help protect against hackers, 98% of the funds in Coinbase wallets are stored offline. By doing so, Coinbase ensures that even if they are hacked, the vast majority of the currency being traded will not be affected. Additionally, the data associated with a user’s Coinbase wallet (such as their bank account information) is stored on servers that are disconnected from the internet.

According to the Coinbase site, the “data is then split with redundancy, AES-256 encrypted, and copied to FIPS-140 USB drives and paper backups. Drives and paper backups are distributed geographically in safe deposit boxes and vaults around the world.” In short, in order for your personal information to be compromised, those physical locations would have to be robbed by experienced hackers, which is unlikely.

So, is Coinbase safe? It depends on how you look at it. If you’re concerned about how safe is Coinbase when it comes to your private data, in all likelihood you have nothing to worry about. Coinbase insures the funds in your Coinbase wallet (with standard exceptions, such as force majeure clauses), and they also require 2-factor authentication on all accounts, which makes your Coinbase wallet significantly more resistant to attacks.

Because the bitcoin market is always going to be a more attractive target for hackers, there is an inherent risk in using Coinbase and services like it. However, when it comes to answering the questions, “How safe is Coinbase?” and “Is Coinbase safe?” the answer is: based on the security measures in place, it appears that Coinbase is as safe as it possibly can be.

Related: Best Place to Buy Bitcoins | Where to Purchase & Get Bitcoins

Therefore, providing a simple answer to the questions “Is Coinbase safe?” or “How safe is Coinbase?” is quite challenging. While the company itself boasts a number of security features that sound great on paper, the fact remains that many users have had negative experiences with Coinbase. Some Coinbase reviews indicate that their issues with funds missing from the Coinbase wallet were eventually resolved, pointing more to poor customer support than to actual issues with Coinbase itself.

Overall, it appears that Coinbase, like many of its competitors, is subject to the fluctuations inherent in the bitcoin market. While it is true that they do their best to ensure their customers’ Coinbase wallets are secure, there are also too many instances of customer dissatisfaction to say that Coinbase is completely without risk. If you’re a skilled bitcoin investor and can recognize these potential issues, this Coinbase review should come as no surprise, and the features offered by Coinbase make it an attractive option. But if you’re new to this market, you may want to do your homework and calculate your level of acceptable risk before using Coinbase.