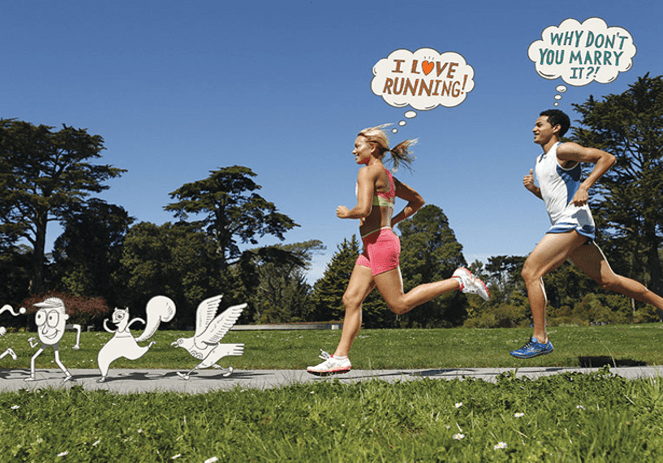 Intro: Brooks Review | What You Need to Know about Brooks Running Shoes for Men & Women

Finding the right running shoe is a critical process. Any serious runner will tell you that every component of the shoe is vitally important, from the density and quality of the sole to the ventilation of the material.

With so many brands of running shoes to choose from, it can be difficult to settle on the right one.

With an established reputation for excellence in running performance, a Brooks review is a good place to start in order to determine whether Brooks running shoes are for you.

For many years, Brooks running shoes for men and Brooks women’s running shoes have been widely praised and recommended as the best running shoes. Our Brooks review will attempt to determine whether this claim is true.

While our Brooks shoes review provides a comprehensive overview of Brooks running shoes for men and women, we hope to also answer the following questions:

By addressing these questions, our comprehensive and thorough Brooks shoes review will provide a credible and truthful representation of Brooks running shoes.

See Also: Dresslink Reviews | Is Dresslink Legit? What You Need to Know About Dresslink.com

How Did Brooks Become a Successful Athletic Company?

Soon after their entry into the market, Brooks reviews were naming them “The Best Running Shoe Ever Made.”

In fact, by the late 1970s, the typical Brooks shoes review was so overwhelmingly positive that Brooks was ranked in the top three running shoe brands across the country. Of Brooks running shoes for men, the Brooks Chariot was named “the most worn shoe in the industry.”

Amidst all that success, Brooks diversified their product line, expanding into basketball, aerobics, and baseball. Unfortunately, with heavy competition from Nike, Brooks suffered huge setbacks.

Brooks didn’t have the stamina to compete across a wide array of athletic products. Creating and marketing athletic apparel, accessories, and footwear outside of the running niche was too much. Fluctuating ownership and poor management also contributed to a lack of organization.

Current CEO, Jim Weber, explains the company’s past decline, saying, “We used to play the game that Nike has perfected and we were not successful.”

As a company, Brooks decided to focus only on running shoes and abandon other athletic wear. Instead of apparel and additional athletic pieces, the brand would be built by molding their shoes to biomechanic profiles. Their brand success would be built around scientifically analyzing the structure of the foot. This would become the centerpiece of their brand vision and integrity.

As a company, this shift in focus helped propel them into the forefront of the extremely profitable athletic shoe industry. With the Brooks market share only 11% behind Nike, Brooks certainly has come a long way from their once-humble roots.

Today, Brooks has left diversification in the past and has kept their focus on serious runners. Marketing Brooks running shoes for men and Brooks women’s running shoes focuses solely upon age brackets of 35-55, encompassing the most dedicated runners. They win multiple running shoe awards each year, and in 2013, Brooks hit $500 million in sales.

Brooks not only provides high-quality running shoes, but they also link runners to important resources. Brooks strives to create a supportive and friendly community of writers through their runner’s blog. Through the Brooks athletes program, Brooks sponsors athletes of all competitive levels and helps bring their running passion all around the world. Brooks also awards inspiring coaches and offers incentives for product testers, helping to create a more accurate Brooks review from clients and customers.

A typical Brooks review for their running shoes is incredibly positive. Part of identifying why this is means identifying what sets Brooks shoes apart. Many runners trust running shoe review outlets for expert opinion before purchasing. A customer looking for a Brooks shoes review is likely to find a wealth of compliments.

The Healthy Feet Store applauds Brooks running shoes for men and Brooks women’s running shoes as “the most technologically advanced athletic shoes on the planet.” The specialty magazine Runner’s World consistently lists Brooks as one of the top choices for running shoes. Online commentator Running Shoes Guru has called the Brooks Pure line “one of the best running shoes we have ever tried.”

What Does a Brooks Biomechanic Profile Entail? 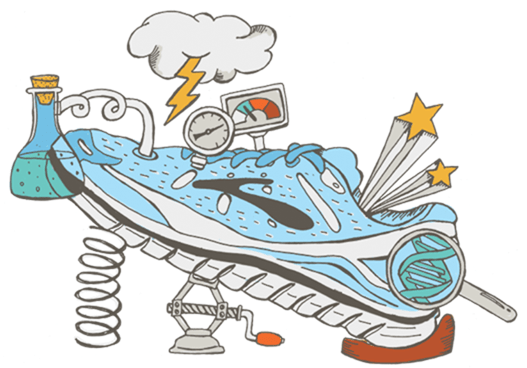 Every part of a Brooks running shoe is specially designed with biomechanics in mind. Image Source: Brooks Sports

Creating biomechanic shoes means that each shoe does not simply allow you to run; it enables you to run better, faster, and longer. Each component of a Brooks running shoe is designed to align with your joints, hips, bones, and muscles in some way or another. Brooks lists the following features as being core components of their process of creating specially engineered, biomechanic running shoes:

Brooks employs screen-print technology to engineer the structure of each running shoe, maintaining flexibility and lightening the weight of the shoe.

To offer additional support, Brooks running shoes have an extra layer to help guide hips, knees, and joints while running.

This is a tailored cushioning system that will constantly react to factors like weight, pace, stride, and running environment.

The heel on Brooks shoes is rounded and slightly reduced, so that you are putting less strain on your ankle.

By having fully separate, yet fluid segments, the crash pad provides cushion and a more efficient heel-to-toe motion.

If that seems like a huge amount of focus to put on the physical process of running, think again: Brooks has even more. We don’t have time to include a detailed overview of everything in our Brooks shoes review, but here’s a quick list: 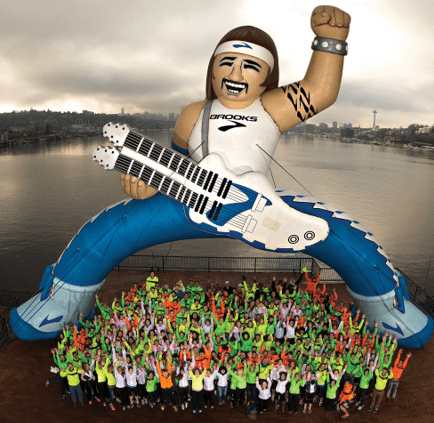 The top-rated Brooks shoes review, which generated nearly six hours of written commentary and an overall average score of 90, is the Brooks Launch 3.

The highest rated Brooks shoes review for men and women is for the Brooks Launch 3. Image Source: RunRepeat.

RunRepeat took bits and pieces from every Brooks shoes review they received and created a brief list of commonly reported positive and negative aspects of the Brooks Launch 3. The most positive comments from both men and women throughout the Brooks review were:

Men and women runners alike have all heaped praise on this particular model. By looking at these Brooks reviews, we can further determine what each Brooks shoes review says about the brand itself.

By and large, the Launch 3 has been deemed one of the best Brooks running shoes for men. One Brooks shoes review says that the Launch 3 “looks great, feels great, and most of all it gives a great performance while making you feel secure about its durability.”

The Brooks Launch 3 is one of the top Brooks women’s running shoes on the market. Image Source: RunRepeat

For women, the Brooks Launch 3 is also the most popular choice. One particular Brooks review for the best Brooks women’s running shoes praised the Launch 3 as “a lightweight cushioned trainer with a smooth and responsive ride.”

Related: Is AliExpress Reliable? And Can AliExpress be Trusted? (This Year’s Reviews)

Conclusion: What to Consider From Each Brooks Review

As a company, Brooks certainly puts forth a lot of effort to ensuring that runners are healthy and comfortable. In fact, they have staked their entire business plan on the sport of running, abandoning all other markets to focus on serious runners.

For over a century, Brooks has dedicated itself to helping serious runners revolutionize the sport of running. Integrating biomechanics into each and every shoe is a big part of keeping runners healthy and comfortable. Nearly every single Brooks review finds a way to praise these biomechanic additions.

If you are looking for a running shoe that can combine form, fit, and function, then every Brooks review seems to point to Brooks as the preferred choice for serious runners. With these biomechanic engineering advantages, Brooks running shoes offer:

True to their promise, Brooks running shoes deliver superior running shoes for both men and women. As a result, Brooks reviews come in from satisfied runners across the country.

It seems that the truth about Brooks running shoes for men and women is that they are made solely with the runner in mind. Every decision made within the manufacturing process is done to increase running comfort and health. Brooks is truly a company concerned with promoting and supporting the serious runner in everyone. 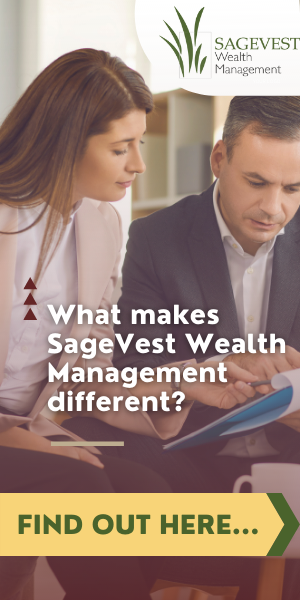