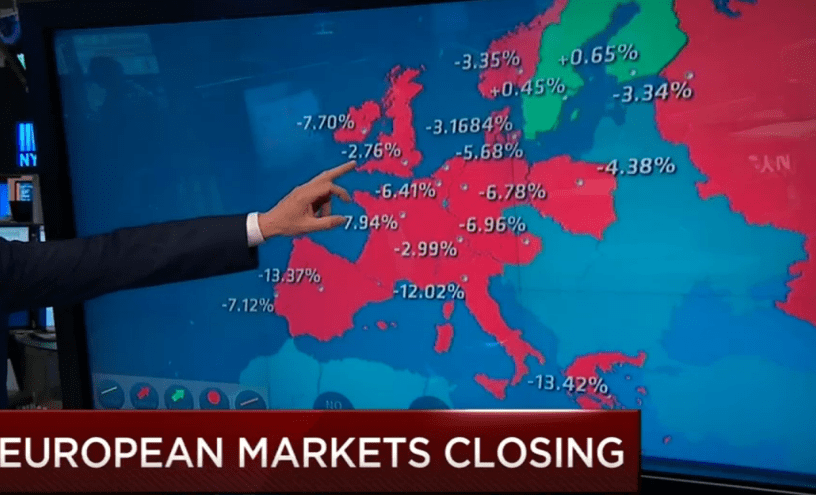 U.K. Citizens Voted to Leave the European Union, Sending Shockwaves Across the World

Stock markets across the globe plunged sharply on Friday after citizens of the United Kingdom surprised the world by voting to leave the European Union.

Britain held a referendum on whether to leave the European Union, a process commonly referred to as the “Brexit” (Britain’s Exit).

Overall, 51.9% of all eligible U.K. citizens voted to leave the E.U. It is a historic decision sure to reshape the nation’s place in the world. 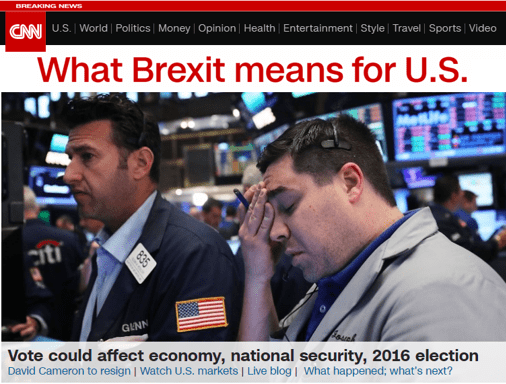 The risk of another global recession escalated Friday after Britain’s stunning decision to leave the European Union. Wall Street was slammed from the moment trading opened, with the Dow Jones Industrial Average dropping more than 500 points within minutes.

DJIA and S&P have biggest drops in 10 months

Europe stocks plummet by 7% in one day:

The gut-wrenching moves were the latest sign of panic that began when the Brexit referendum results began to trickle in overnight. Japan’s Nikkei index temporarily halted futures trading amid the sweeping global selloff and closed down 8 percent. The turmoil then hit European stock markets, with France’s major index also dropping 8 percent, while Germany’s fell nearly 7 percent. The London-based FTSE 100 initially plummeted nearly 9 percent but ended the day with a 3 percent decline.

World leaders and international policymakers have long warned that the sluggish recovery from the Great Recession has left the world economy more vulnerable to another downturn. “We think the time has come to consider that a financial market crash today may push a world economy teetering on the verge of a contraction over the edge,” said Carl Weinberg, chief economist at High Frequency Economics. 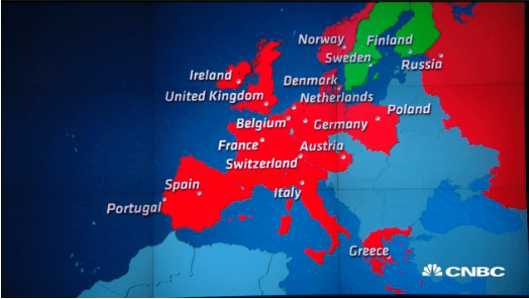 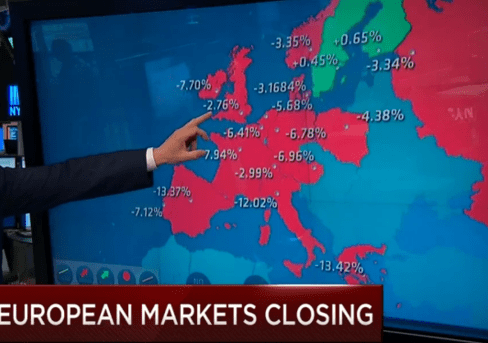 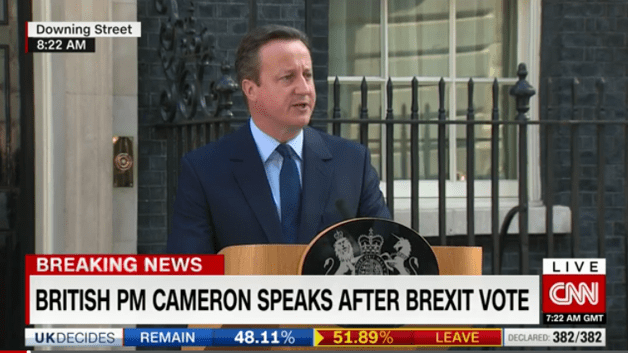 As reported by The Guardian, British Prime Minister David Cameron has resigned, bringing an abrupt end to his six-year premiership, after the British public voted to reject his entreaties and turn their back on the European Union.

Just a year after he clinched a surprise majority in the general election, a visibly emotional Cameron, standing outside Number 10 on Friday morning, said, “The will of the British people is an instruction that must be delivered.”

The prime minister campaigned hard for the U.K. to remain with the E.U., appearing at hundreds of public events and rallies up and down the country to argue that a Brexit would be an act of “economic self-harm.”

How the “Brexit” Vote Could Impact Americans

According to ABC News, about half of the American workforce participates in their company’s 401(k) or other retirement plans, and such investments are at risk from the market turbulence.

As Wall Street joins the global market selloff today, your 401(k) will decrease in value temporarily. The good news is that these retirement funds are long-term investments and should be able to weather the storm.

With world financial markets reeling from the shock, U.S. President Barack Obama put out a press statement on Friday.

“The people of the United Kingdom have spoken, and we respect their decision.” He added that the “special relationship” between the U.S. and the U.K. is “enduring,” and that the latter’s membership in NATO “remains a vital cornerstone of U.S. foreign, security, and economic policy.”

On his last visit to Britain in April, President Obama stood beside U.K. Prime Minister David Cameron and came out strongly against the U.K. leaving the E.U. 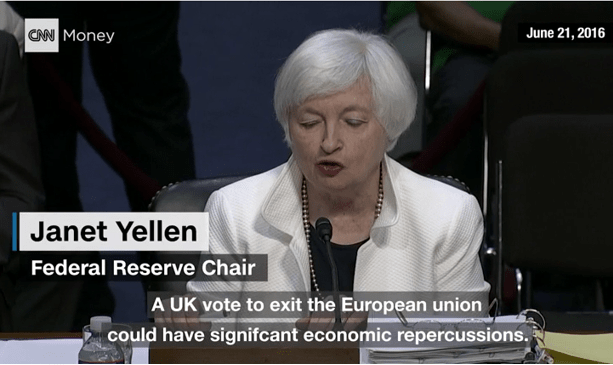