U.S. Housing Market Predictions and an Overview of Top Real Estate Agents in 2017

Key trends likely to impact not just the top real estate agents in the USA but the entire market include:

These are just a few of the key trends that will affect not just home sellers and buyers, but the top real estate agents as well. 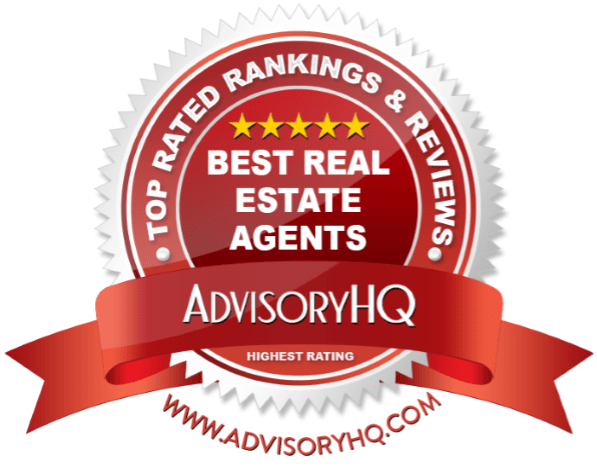 The following is a list of the country’s best real estate agents right now, as well as real estate agent reviews that give an overview of how and why they’re faring well in the current market landscape.

This list of the best real estate agents and the top real estate agents in the USA is based on several factors including rankings from outlets like The Wall Street Journal, as well as annual transaction volume for the most recently recorded years, awards, high-profile status, and more.

What Are Some of the Common Qualities of the Top Real Estate Agents? 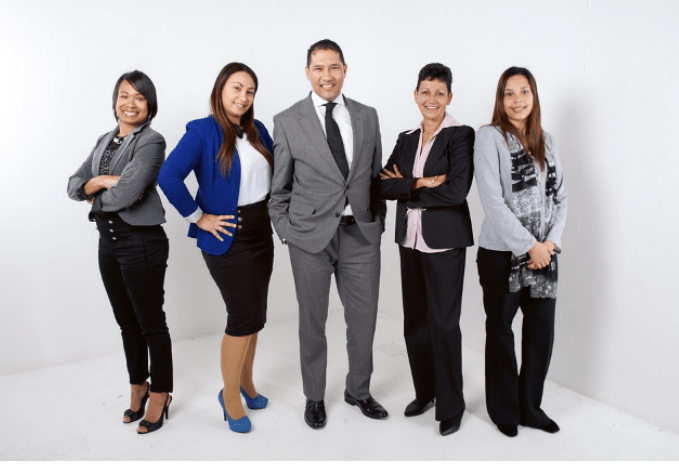 Finally, the best real estate agents are those professionals who put the best interest of their clients above all else, including their own commission.

Below, please find the detailed review of each of the best real estate agents. We have highlighted some of the factors that allowed these top real estate agents in the USA to score so well in our selection ranking.

Ben Caballero is one of the top real estate agents in the USA, based in Texas. Caballero’s company is HomesUSA.com, he’s a graduate of the University of Oklahoma, and he has been ranked as the number one best real estate agent in the U.S. for the past six years in two main categories, which will be detailed below.

Caballero also served as the Chairman and President of the National Association of Real Estate Professionals in Addison, Texas for more than three years. NAREP is a non-profit trade association that works to maintain best practices for online real estate information publishers. Ben has been a realtor for his entire adult life, having become a broker at the age of 21, and he was also a former homebuilder.

HomesUSA.com is an online platform that brings together what they call technology processes and expertise to save time and money for homebuilders. This company is designed to be more than just an MLS listing service for builders. Instead, it includes professional photography as well as lead delivery from sites like Zillow and Homes.com.

Ben Caballero was ranked as the number one real estate agent in the U.S. in 2016 for the following categories:

He has also been the number one real estate agent in the country for the past six years in these categories.

Ben Caballero also holds the distinction of being the first and only real estate agent in the U.S. to exceed $1 billion in residential sales transaction volume in a year.

Other rankings include being named by Inman News as the “Most Innovative Real Estate Agent” in 2013, and he received the 2014 Pinnacle Award for Real Estate Entrepreneurship given by Keller Williams Realty.

Related: How to Flip a House | Guide on Flipping Houses for a Living or with No Money

Below are some specifics of why Brenda Powers is included in this ranking of the top real estate agents in the USA.

The successful real estate agents included are recognized as the top ½ of 1% of more than 1.1 million licensed Realtors nationwide.

Brenda Powers was named on this list under the category of “Individual Agent—Average Sales Price.”

In addition to this year’s inclusion on The Thousand list, the following are some other rankings and recognitions that have included Powers:

In today’s real estate market, particularly when it comes to the high-end properties in places like NYC, there is an influx of international buyers. That’s one of the reasons Powers has likely been so successful in her market. She attributes her success to her “global perspective.” She traveled the world with her father as a child, who was a diplomat for the Swiss government.

She is fluent in four languages, which she says has allowed her to bring cultural sensitivity and an understanding of different cultures to her work.

Powers has her Bachelor’s degree from the Academy of Bordeaux in France, and she also graduated with a hospitality degree from the Center International de Glion in Switzerland. 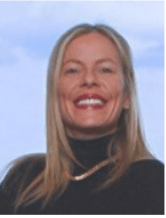 Fredrik Eklund is part of a team of realtors called The Eklund-Gomes Team. This team consists of Eklund, as well as John Gomes, Jordan Shea, Sang Kwon, Suzanne Koxvold, Raymond Dillulio, Stuart Sussman, Lisa Interdonato, Clea Kornel and Clayton Orrigo. This team works for Douglas Elliman and is based in New York. This team has been ranked as the #1 Douglas Elliman team nationwide in 2013, 2014, and 2015. 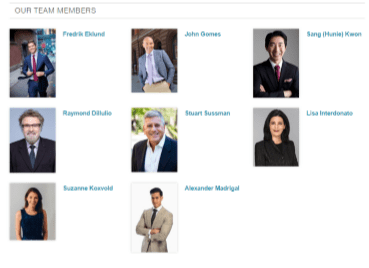 Key reasons Fredrik Eklund and his team are included on this list of the top real estate agents in the USA are cited below.

Eklund, a best real estate agent, along with specializing in the sale of high-end and luxury Manhattan new developments and developments in surrounding areas such as Bridgehampton,  is also known as a celebrity broker. This property agent has sold penthouse apartments and mansions to leading names in Hollywood, and in January 2016 alone, Eklund secured more than $200 million in sales to New York buyers.

During his career, Eklund has secured $5 billion in residential sales transactions since he came to New York from Stockholm, Sweden in 2003.

Fredrik Eklund has been so successful that he has become part of television shows like Bravo’s Emmy-winning Million Dollar Listing New York show, which follows Eklund and several other leading successful real estate agents in the city as they live their daily lives and broker some of the world’s biggest real estate transactions and deals.

Eklund, a premier real estate sales agent, has also been featured on media outlets such as CNBC and GQ for his expertise in the luxury real estate market, and he does speaking tours around the world.

Eklund also wrote the 2015 book “The Sell: The Secrets of Selling Anything to Anyone,” which went on to become a New York Times bestseller.

Details of why Joanne Nemerovski is included on this list of the most successful real estate agents are below.

One of the most important things a good property agent brings to the table is a deep understanding and knowledge of the area where they’re selling homes. As you compare real estate agents, you’ll often find that the good real estate agents are not only experts in the areas where they work, but they also often live in these areas.

Joanne Nemerovski is likely one of the most successful real estate agents on this list of real estate agent reviews because she’s a native of Chicago where she works, and she also has a finely honed knowledge and expertise of the specific areas where she works within the city, including the desirable Lincoln Park and Gold Coast neighborhoods.

Joanne Nemerovski has one of the longest histories of being a top property agent on this list of real estate agent reviews. With 25 years of experience in Chicago, she has helped more than 900 families buy or sell their homes.

That amounts to more than $1 billion in real estate sold, and Nemerovski has consistently been recognized as one of the top-producing good real estate agents in Chicago throughout her career.

Within the first five years of being a real estate agent in Chicago, Nemerovski was also awarded the “Founders Award” for selling more than $100 million in real estate.

Some of these include:

Ken DeLeon and his Silicon Valley real estate agency are unique because they work hard to create their own approach to helping buyers and sellers. First, their team of real estate professionals is salaried, rather than being commissioned.

This ensures that clients receive unbiased, objective advice that’s going to help them find the best possible property for them.

Other unique features buyers get when they work with DeLeon include being matched with a buyer consultant who’s a specialist in their city, assistance from in-house design and construction teams, and access to enhanced market insight and connections.

Because of this, DeLeon gains access to some of the best off-market properties and opportunities, which is one of the many reasons he’s considered a best real estate agent by many of his clients.

DeLeon has a large pool of buyers, and he is also known for having extensive information related to the real estate industry in the area, including a library of marketing, negotiation, legal and tax books and references. He uniquely brings an academic approach to the buying and selling of real estate.

As mentioned, Silicon Valley is one of the top real estate markets in the world right now, and with the influx of tech giants into the area and new startups constantly popping up, it’s likely to stay the center of the real estate world for years to come. Working in Palo Alto and Silicon Valley real estate is a unique situation, and it requires the expertise of a best real estate agent that understands the complexities of this highly distinctive and expensive market.

That’s one of the big reasons Ken DeLeon is part of this ranking of the successful real estate agents on this list of real estate agent reviews. It was critical to include at least one agent who’s an expert in Silicon Valley.

Some of the specific communities covered by DeLeon and his agency include:

Read More: How to Invest in Commercial Real Estate | Investment for Beginners & Investors 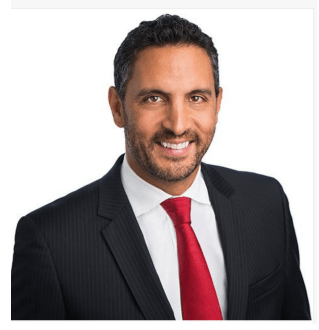 Umansky and his firm lead the way in terms of being top marketers of luxury properties, but you’ll see as you compare real estate agents that they are also top-sellers. The Agency itself has grown from four founding partners to include more than 150 active agents, and they have closed more than $8.5 billion in real estate transactions, which is a staggering amount for their relatively short history.

The Agency is number one in the city of Los Angeles in per agent production, and it controls about 17% of market share in the city.

Umansky and The Agency are also often in the global news for high-profile sales, such as the recent Playboy Mansion sale, which was the highest sale ever recorded in L.A. County.

Umansky has been recognized as a top 10 producer on the REAL Trends’ annual list for seven consecutive years, and he was recently named as the number one top-producing property agent in California and number five in the U.S.

Throughout his career, Umansky has been involved in more than $2 billion in transactions.

Umansky and The Agency strive to break the mold of the traditional brokerage. This team of top real estate agents tries to avoid the cutthroat mentality prevalent in real estate and instead focuses on a culture of collaboration.

There is a quest to build a network of talent and resources that serves the needs of clients in a way that other real estate agents aren’t able to do.

For example, as you compare real estate agents, consider their transaction volume relative to your local area, their neighborhood expertise, the years of experience, and any local or national awards or recognitions they may have received. These can all be reliable indicators of good real estate agents, as can working for a reputable agency or firm and having excellent references from past clients.