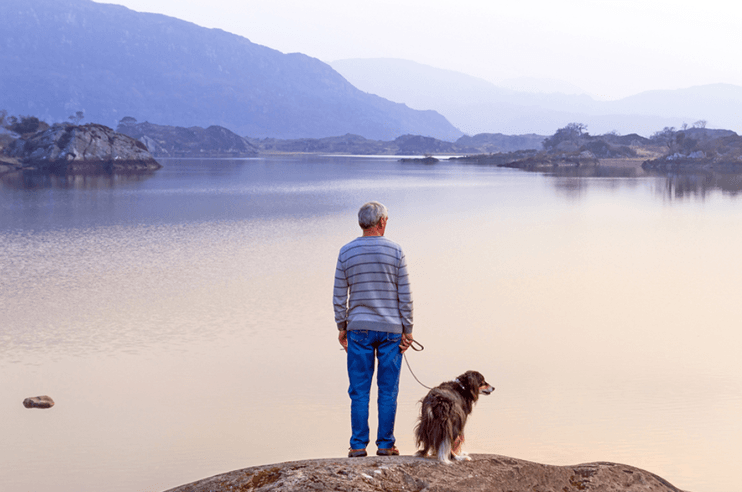 A lot of people dream of moving to a foreign island when they retire. You know, a place with plenty of sun, lakes, and swimming pools. However, for some Irish people, there is no better place to retire than their home country, and it isn’t hard to see why.

What is the retirement age in Ireland? Sixty-five. And as any sixty-five year old will tell you, retirement age really creeps up on you. Whether you’re in your twenties or pushing sixty, it’s never too early to start planning your retirement, and we’re here to help you with that.

So, where is the best place to live in Ireland? Here are seven of our top picks. 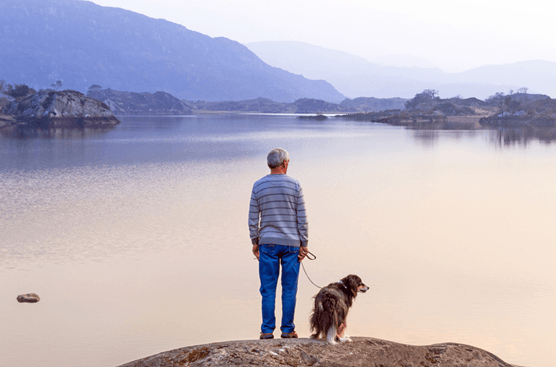 Ireland’s most popular travel destination in 2015, Killarney provides residents and visitors alike with the perfect blend of nature and industry.

Retire in the County Kerry town and you can spend your mornings taking in Killarney National Park—by foot or by jaunting car—and your afternoons shopping at the nationally renowned Killarney Outlet Centre.

Killarney plays host to a great deal of events and festivals every year, such as the Ireland Folkfest, the Killarney Walking Festival, and the Killarney Cycling Festival. Fast approaching is this year’s Killarney Beerfest, so you don’t have to worry about spending your retirement sober.

If you’re searching for a nice, quiet place to retire in Ireland, Killarney’s reputation as a great spot for tourists may put it at the bottom of the list. However, despite its popularity with travellers and backpackers, Killarney has not lost its laid back sense of community, as is evidenced by the following awards:

More information about Killarney can be found at www.killarney.ie.

Kildare Town is frequently listed among the best places to live in Ireland and offers Irish retirees as much as, if not more than, any other town in the country.

If you’re a fan of horse racing (or just looking for a way to blow all the money you made during your working life), Kildare Town is probably the place for you. The famous Curragh Racecourse, which holds numerous events each year, is just a five-minute drive from the town square. The Irish National Stud, where you can find a museum dedicated to Irish horse racing as well as the Japanese Gardens, is also a short distance from the town centre.

If you don’t want to be idle in your retirement, Kildare Town is home to a number of active retirement groups. These groups organise regular excursions to Kildare Village, the town’s chic outlet centre, as well as trips further afield.

Kildare Town has welcomed many important figures in Irish politics and entertainment, including former president Mary McAleese. It has also been visited by powerful world leaders such as the Dalai Lama and Queen Elizabeth, although neither of them decided to retire in Ireland.

You can take a look at some of Kildare Town’s attractions here:

With its questionable pubs, long boarded-up shops, and, rather bizarrely, its booming pro-wrestling scene, Bray, County Wicklow, has developed a reputation as Dublin’s underachieving little brother. As a result, a lot of people see it as a poor choice for retirement in Ireland.

However, as anybody who has spent more than one night in the Wicklow town knows, Bray has a whole lot going for it.

If you’re looking to retire in Ireland but would also like to spend your retirement by the sea, Bray will give you everything you’re looking for. A mile-long promenade brings you along the seafront, allowing you to get some exercise while taking in the sights and sounds of the beach.

If, like many retirees, getting older pushes you to make your peace with the man upstairs, Bray is just a short trip away from one of Ireland’s most popular places of pilgrimage. Glendalough, founded by St. Kevin in the sixth century, is a tranquil space in the Wicklow Mountains which offers a quiet place to meditate and reflect on life.

If you are more of a secular person and don’t want to spend your retirement in silent prayer, Bray is not a million miles away from Dublin’s city centre, which can be easily reached by bus, DART (both of which offer lower rates for senior citizens and retired people), or taxi.

Information about and directions to Glendalough can be found here: glendalough.ie.

If, for whatever reason, you chose to work beyond the Irish retirement age, an assisted living facility is a legitimate possibility for you. There are many nursing homes and retirement villages in Ireland that will give you everything you need to be comfortable in your final years.

Middletown House Nursing Home and Retirement Village is located in Gorey, County Wexford, and caters to residents of varying capabilities. If you choose to enter the nursing home immediately after retiring, you’ll have access to round-the-clock care, frequent religious services, and even an in-house barber.

Of course, retiring to Gorey does not mean you have to take up residence in either the Middletown House Nursing Home or Retirement Village. Houses and apartments are hard to come by at the best of times, but if you manage to find one in Gorey, you will not be disappointed with the area. You will soon find that you don’t need an assisted living facility to organise games and events to keep you entertained.

The town is home to many shops and small businesses, as well as a theatre group which stages a number of different productions throughout the year.

Gorey also boasts a new, seven-screen multiplex cinema which screens not only the newest movies but theatre, opera, and live events from around the world. Considerate of a large number of retired people in the town, the cinema is equipped with disabled facilities as well as a hearing loop system.

The following links will tell you what you need to know not only about Middletown House but Gorey itself. 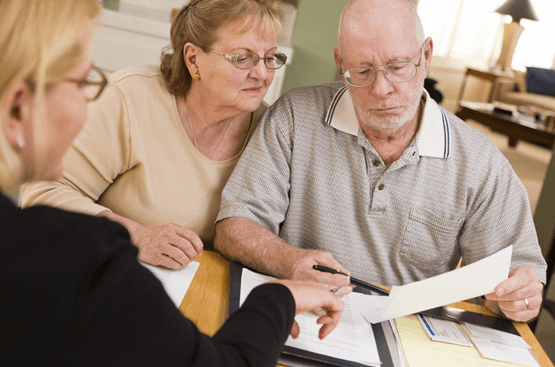 Of all the places to retire in Ireland, Dalkey is undoubtedly one of the best. Unfortunately, for many people, it is cost-prohibitive. That being said, if you are retiring from a high paying job, or just managed to save a lot of money during your working years, you should give serious consideration to spending your retirement in Dalkey.

Known, for better or for worse, as a place for Ireland’s wealthiest citizens, this Dublin suburb has a great deal to offer retirees. Dalkey hosts a number of festivals each year which will ensure you lead an active and interesting retirement in Ireland.

One such festival is the Dalkey Book Festival, which was set up only four years ago to celebrate the area’s budding and established authors. It has seen contributions from some of Ireland’s finest writers and seems to double in size each year. Capitalising on its seafront location, Dalkey also hosts an annual seafood and jazz festival.

If you choose Dalkey for your retirement, you will not be in bad company. More than one Irish great has called the townhome; here is a brief list of notable past and present residents of the area:

U2 frontman Bono also has a home in the area, but don’t let that deter you from retiring there.

Even if you’re not nearing the Irish retirement age, Dalkey is one of the best places to live in Ireland. A website dedicated to all things Dalkey can be found at www.ilovedalkey.com.

When looking for a place to retire in Ireland—or any country, for that matter—most people shy away from cities. Of course, the desire to avoid retiring in a city is perfectly understandable. After years of being surrounded by co-workers you didn’t choose and phones that won’t stop ringing, you want a bit of peace and quiet in your retirement.

However, Galway City is not like any other city. With its cobblestones and modest businesses, it often feels more like a small town than a city. The people there are generally more relaxed than they are in Dublin, and you’ll notice a lot less litter and discarded drug paraphernalia lying around.

If retiring to Galway City means leaving your family in another part of Ireland, you may want to consider taking up residence in one of the city’s many nursing homes, where you will receive top-quality care. If you’re not ready to give up your independence just yet, you can still join Galway’s active retirement group, which will allow you to meet new people and try new things.

Galway is one of the best spots in Ireland for culture, and regularly hosts festivals celebrating traditional Irish music, as well as Irish film and sports. There have been several initiatives designed to keep the people of Galway active, such as The Galway Dance Project. What better way to test out that new hip?

There are a number of websites dedicated to the city of Galway, so you can take your pick from the ones gathered here:

If you’re happy to retire in the west of Ireland but are still against the idea of living in a city, Connemara may be the place for you.

Over the past couple of years, Clifden, a small, cosmopolitan town which attracts a modest number of tourists each year, has become the unofficial capital of Connemara. However, if you want to go back in time to your early years, there are many towns and villages in the area which seem to be frozen in time.

There are a lot of rural communities in Connemara where Irish is still spoken by the residents, so you’ll likely want to pay these places a visit if you’ve ever longed for the days of romantic Ireland. Of course, if one of your plans for retirement is to gain a better understanding of modern technology, you should cross Connemara off your list of possible places to retire. Like in many rural Irish areas, a decent internet connection is hard to come by.

Since Connemara has no set boundaries, there is often some debate as to which towns and villages are part of the area and which are not. However, a couple of places in Connemara which you may want to check out if you’re nearing retirement age are:

If you choose to retire in Ireland but don’t settle down in Connemara, it is still worth checking out as part of a vacation or a day trip. You can find more information on the area at Connemara.net.

So, there you have it. Seven of the best places to retire in Ireland. Of course, you shouldn’t take this list as the final authority on where to retire on the Emerald Isle. Ireland, as small as it is, is an extremely beautiful country and is full of great places to live out the remainder of your days.