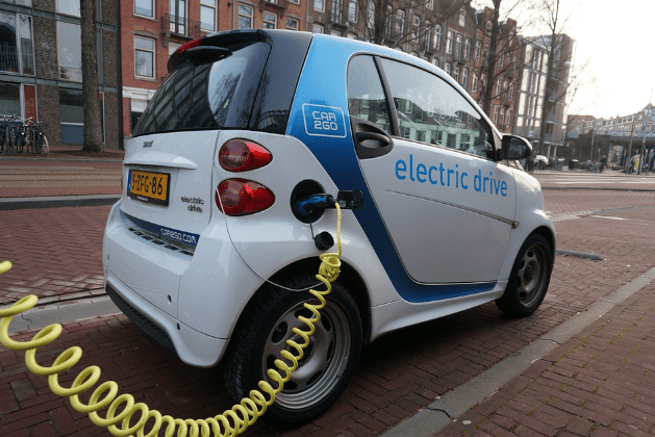 Introduction: Everything You Need to Know about the Best Electric Car Manufacturers

The dire and sometimes ominous predictions about how global climate change could affect so many different aspects of our civilization has become almost a nightly feature on the news.

As a civilization, we have simply relied too much on fossil fuels to power our way of life, and only now are we beginning to discover that, if we are going to avoid catastrophe, we need to wake up and start to find alternative energy sources.

In the transportation sector, electric car companies producing the top electric cars are growing by leaps and bounds.

The top electric car companies have gone from offering small, weak, and fragile cars to quality automobiles such as the Tesla electric car or the Gem electric car that can easily compare in style and performance to regular gas-powered vehicles.

Since many experts predict that electric vehicle manufacturers will soon take over even wider shares of the car market, how do you know which are the best electric car companies? 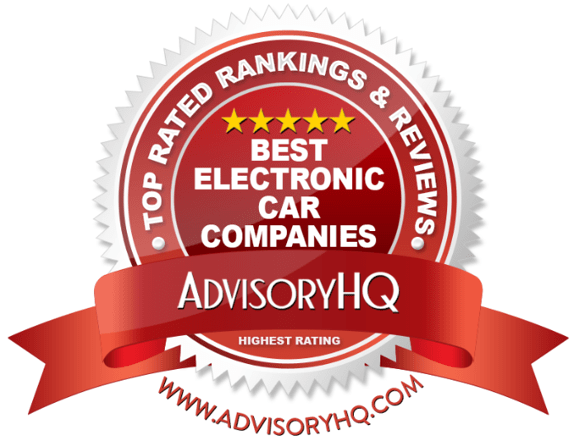 In our FAQ section we look at what features to look for in the electric automobiles produced any electric car company.

We also will compare two of the top electric cars, the Tesla electric car and the Gem electric car. Finally, we offer a complete review of the six best electric car manufacturers on the market today.

Unless you have been living in cave during the past decade, chances are that you have heard the names of certain electric car companies. You have probably even seen them on the road, though recent models are actually indistinguishable from regular gas-powered vehicles.

Hybrid cars, which are much more common on today’s streets, have a gas-powered engine but use electric batteries to improve the efficiency of the gas engine. While hybrid cars are certainly an improvement over regular gas-powered cars in terms of fuel efficiency, they aren’t considered to be pure electric cars.

In recent years, however, significant improvements to the efficiency and durability of batteries has led to a reemergence of the top electric car companies.

With improved batteries that increase energy storage while reducing cost, electric vehicle manufacturers have been coming up with a new generation of 100% electric cars that can compete in performance terms with almost any other vehicle.

List is sorted alphabetically (click any of the electric vehicle manufacturers names below to go directly to the detailed review section for that electric car company):

When you go to the car lot to search for your next car, chances are you look at the stickers that show figures for the miles per gallon on city and highways and other important information related to that car.

With electric car companies, however, the information you need when deciding which car to purchase is significantly different.

Electric car manufacturers judge the efficiency of the top electric cars they produce by the mile range they get on one full charge.

While in the past that mile range was only around 15 to 20 miles, today you should be able to find electric vehicles that get upwards of 120 miles per charge.

Once your battery does run down, you will want to know how long it takes to recharge the car.

While a regular gas-powered car can refill the tank in the short 5-minute stop at the gas station, the top electric car companies can make cars that fully recharge in as little as 3 hours.

This estimation is about how much it costs you to drive each mile. While gas powered cars are estimated to get around 12 cents per mile, the best electric car manufacturers have been known to produce cars that are significantly less expensive at around 2 cents per mile.

After all, electricity is still much cheaper than gasoline.

The Tesla electric car was developed by the company of the same name which has been around since 2003.

Amazingly, the Tesla electric car known as the roadster was able to get 200 miles on one single charge. They currently produce two different cars known as the Model S and the Model X, which we will review below. New models are also being developed.

While street safe for neighborhoods, these cars can’t be taken onto highways, and they also only get around 30 miles per full charge. They are, however, significantly cheaper than Tesla electric cars.

Also, you might not even know the difference from its gas-powered sibling, the Ford Focus.

Honda is another of the leading electric car companies on today’s market. The Honda Clarity is unique in that it is entirely powered by hydrogen cells, meaning that the only by-product of driving this car is water. 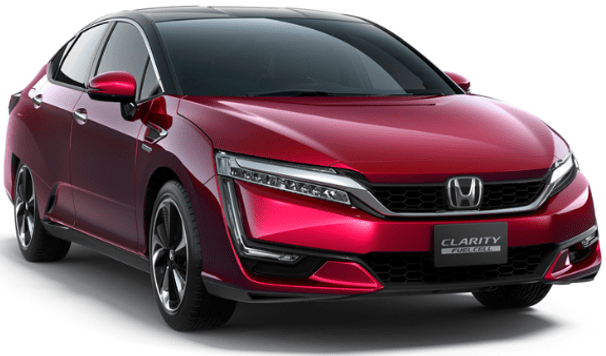 Priced at around $60,000, it is a more expensive option, but it also comes with quality extras.

The Kia Soul EV is another quality electric vehicle produced by one of the top electric car companies on the market. This twin of the regular Kia Soul gets quality miles per charge topping out at 120 miles per charge for city driving. It also comes with a number of unique tech gadgets for people who want their car to be on the cutting edge of technology. 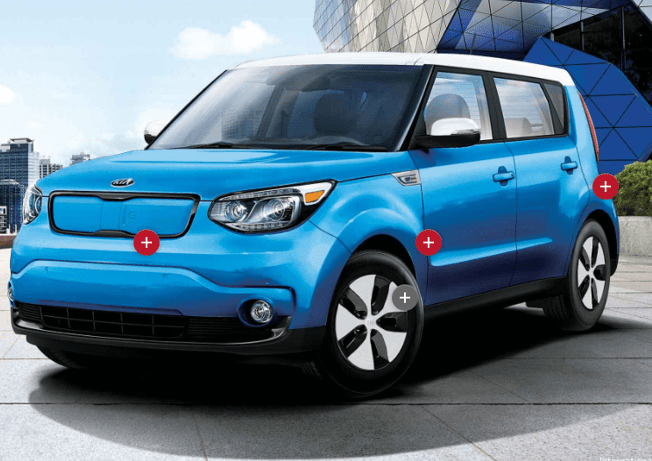 Popular Article: Top Black Credit Cards for High Spenders | Ranking | What Is a Black Card and How Can You Get One? 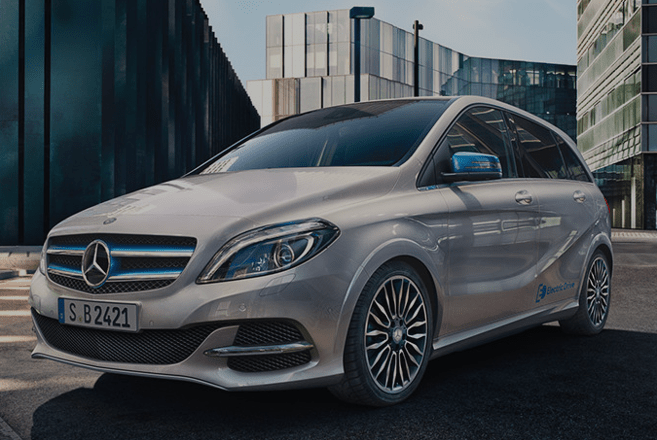 It also gets quality miles per charge at around 85 miles.

Perhaps the best known of the electric car manufacturers is Tesla Motors. They have produced two prior electric cars, the Model S and the Model X. The Tesla Model 3 is a full-size sedan that offers quality driving experience.

Priced at just $35,000, the Tesla Model 3 is attempting to become the model of affordable full-sized electric cars.

Another leader among electric car companies is Volkswagen. The VW E Golf gets an outstanding 126 miles per charge in the city and more than 100 miles per charge on the highway. Beginning at under $30,000, this electric vehicle is both affordable and efficient. 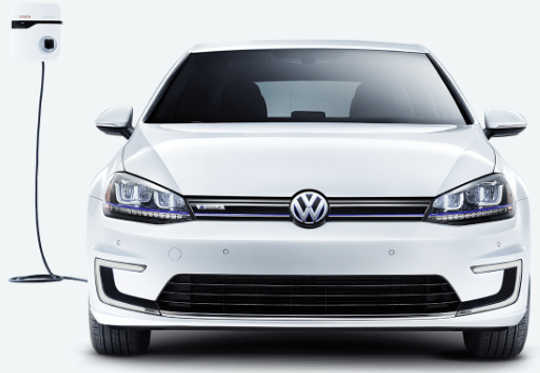 Conclusion—Top Electric Car Companies as the Future of Transportation

As gas prices continue to soar, investing in one of the top electric cars makes both ecological and economic sense. Doing your part to cut back on greenhouse gas emissions is an important part of helping combat global climate change.

There are a number of electric car manufacturers producing affordable and efficient electric cars. Whereas an electric car used to only get you to the grocery store and back before becoming de-charged, today’s electric cars routinely get more than 100 miles per full charge.

Whether you choose the Ford Focus Electric, the Honda Clarity, the Kia Soul E, the Mercedes Benz B Class E Drive, the Tesla Model 3, the VW E Golf, or any other of the top electric cars produced by the top electric car companies, you’ll be driving an affordable, attractive car that is also helping to save the planet.