The Best Craft Brewers and Microbrewers in the Country

So, what are we drinking? For some, it’s a matter of ordering the usual to take the buzz off a long day at work. For others, drinking is a recreational experience that’s meant to be savored and enjoyed, and craft beers lovers definitely fall into this category.

You’re unlikely to find a craft beer store. Instead, microbreweries around the country sell their products by distributing them to pubs, restaurants, and of course, by offering them in their own taprooms and beer gardens.

So, until someone creates a chain of corner craft beer stores, we’ve got you covered with a list of some of the best craft beers and microbreweries in the country.

List is sorted alphabetically (click any of the names below to go directly to the detailed review section for that beer company).

What Exactly Are Microbrews and Craft Beers?

Restaurants and pubs love promoting their offering of craft beers and microbrews, but what exactly are they? 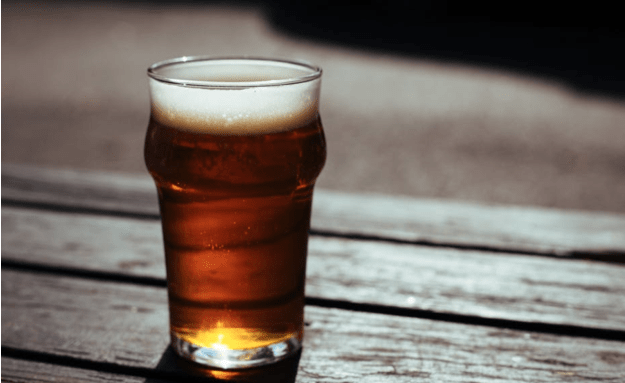 The Spruce provides a working definition of craft beers as “small, independent, and traditional.”

As the name suggests, a microbrewery is a company that produces a very limited amount of beer, and that name is used as a specific legal term for these kinds of beer makers.

Below, please find the detailed review of each of the microbrewery and craft brewery companies on our list of the top craft beers and microbrew producers in the country. We have highlighted some of the factors that allowed these beercraft companies to score so well in our selection ranking.

Big Alice Brewing is a microbrewery and a farm brewery in New York. As one of the best microbreweries in the U.S., they serve their beers in their taproom five days a week as well as distributing kegs to restaurants and pubs in the area.

Their passion is creating microbrews that drinkers can enjoy and savor as opposed to just consume. They provide unique combinations that beer lovers will adore.

As a New York State Farm Brewery and one of the best microbreweries in the U.S., Big Alice Brewing is a microbrewery that creates its beers from locally grown products. Twenty percent of Big Alice Brewing’s hops and malts has to be grown in New York. That requirement will shoot up to 90 percent over the next decade.

This requirement allows this microbrewery to brew rich, artisanal beers that also support the local economy.

The microbrews currently on tap include:

A group of colleagues at an air conditioning company in Long Island came together over a shared love of homebrewing to create one of the best microbreweries in the country.

After winning a People’s Choice award at a contest sponsored by Heartland Brewery, they made the decision to start a microbrewery and share the flavors they created with more beer enthusiasts. Big Alice Brewing officially opened in 2013.

Big Alice Brewing pioneered the concept of Community Supported Brewery (CSB) back when they started in 2013. It has since been adopted by other microbreweries. This program allows beer lovers to sample their different microbrews each month at a discounted price.

Cape Cod Beer Company is a microbrewery located in Cape Cod, Massachusetts, as the name suggests. Their maximum annual capacity is roughly 12,000 barrels, and they brew approximately 8 to 10 times per week during their busy season. Their microbrews are also distributed to bars and restaurants within a fifty-mile radius of the brewery.

From late spring to early fall, this microbrewery offers a beer garden that allows visitors to sit and comfortably enjoy their offerings. In the summer, there is also a farmer’s market that typically includes their beer trailer as well as live music.

Beer lovers can also stop by for tastings any time the Cape Cod Beer Company is open, which is Monday to Friday 10am to 6pm and Saturday from 11am to 4pm, for $5.

This microbrewery also offers tours once a day at 11am.

Beer lovers who wish to celebrate a special occasion at the Cape Cod Beer Company are in for a treat. They are happy to host wedding showers, rehearsal dinners, birthday parties, and more. This microbrewery’s indoor capacity is about 75-100 people, with the possibility of accommodating spillage with the outdoor beer garden during the warmer months.

Outdoor tents can also be accommodated for an additional fee.

Their private event options include:

These events are held after hours.

The beers currently at the brewery are:

Related: What Is Organic Food | Guide | All You Need to Know (Definition, Benefits, & Facts)

Minhas Craft Brewery is one of the largest craft breweries in the country. Located in Wisconsin, this maker of some of the best craft beers in the country proudly states that it has “survived the Depression, Prohibition, brushes with the mob, and two major fires” to become one of the most successful beer craft companies in America.

These craft brewers open their doors to beer lovers across the country to come and see what goes into making some of the best craft beers in the country. On the Best Brewery Tour, visitors can purchase memorabilia, buy craft beers, discover what exactly an IPA is, and hear the amazing stories of the entrepreneurs and brewers who have run Minhas Craft Brewery for more than one hundred years.

In addition to learning “how to make moonshine” and “why white whiskey is so unique,” aspiring mixologists and beercraft enthusiasts can learn how to make drinks like a Moscow Mule and a classic Manhattan.

Sierra Nevada Brewing is a craft brewery that started with a simple, failsafe mantra: brew the beers we want to drink. Its founder, Ken Grossman, picked up the art of homebrewing from a family friend. Mesmerized by the process and the smells, he started dabbling in beercraft.

After taking a trip to Northern California to visit friends, he felt an instant connection to the town of Chico and decided to relocate where he eventually founded Sierra Nevada Brewing in 1979.

Sierra Nevada Brewing makes some of the most popular craft beers and is one of the largest craft breweries in America, so it’s no surprise that the craft beer company itself has become a tourist destination and a point of interest for those interested in beercraft.

This beer craft company has designed several tours suited to the varying interests of tourists and beercraft enthusiasts.

They offer the following kinds of tours:

Those who don’t have time for a beer craft tour, but still want to experience some of the best craft beers in the country can stop by the taproom.

At the Sierra Nevada Taproom and Restaurant, visitors can enjoy gourmet meals designed to complement nineteen of the best craft beers that are available on tap. Their farm-to-table meals are made with fresh produce, bread baked with spent brewer’s grain, and artisanal meats and cheeses.

The beers that are currently on tap are:

Yuengling has a classic American Dream story. This craft brewery was conceived from tenacity and a commitment to quality from immigrants who sought success in the land of opportunity. Those immigrants were the Yuengling family, led by David G. Yuengling, who came from Germany and settled in Pennsylvania hoping to build a family legacy in America. Today, it is one of the largest craft breweries in the country.

This craft brewery was opened in Pottsville, Pennsylvania in 1829. In 1831, the tenacity of these craft brewers was seriously tested after a fire burned down the plant. They rebuilt that same year.

Throughout the years, ownership of the plant was passed down from son to son. The resourcefulness of these craft brewers was tested again in 1919 after the eighteenth amendment was ratified and the consumption of alcohol became illegal. To stay in business, Yuengling started brewing “near alcohol” products.

The following year, the company constructed a dairy near the brewery to make enough money during the Prohibition era.

To celebrate the end of Prohibition in 1933, this craft beer company created craft beers called “Winner Beer” and shipped a case to President Franklin D. Roosevelt.

Near the end of the 20th century and into the 2000s, increased demand for Yuengling products required the company to build a second craft brewery in Mill Creek and to purchase a plant in Tampa, Florida. These expansions and the consistent demand has made this craft brewery one of the largest craft breweries in America.

These craft brewers are strong supporters of buying local and using top quality ingredients in their craft beers. As a craft beer company that focuses on sustainability, they make an effort to protect the environment around them for subsequent generations.

There are several ways in which this craft beer company makes their operations as efficient as possible:

5 Rabbit Cervecería is a microbrewery in Illinois. It is the “first Latin American-inspired brewery.” The goal of the company is to create a microbrew that incorporates the culture and the cuisine of Latin America.

The name of this microbrewery comes from a deity in Aztec mythology that symbolized excess and over-indulgence. In an effort to avoid creating microbrews that are simply seen as novelty items, they combine Latin cultural inspirations with their own experiences to create a 21st century drink.

Their goal is to create microbrews that appeal to both beer enthusiasts and casual drinkers.

5 Rabbit says their microbrews are “brewed with Píixan.” Píixan is an old term in the Mayan language that roughly translates to “free spirit.” This is the vibe that this microbrewery wants to associate with its drinks.

Like the best microbreweries, this microbrewery takes the time to think about which foods will go best with its beers. While the drinks are full of flavor as standalone beverages, they also complement several kinds of dishes from different cultures.

This microbrewery also focuses on quality by sourcing the best ingredients, malts, and hops that are combined by their award-winning brewmaster.

Anyone who’s interested in trying out some of the microbrews from 5 Rabbit Cervecería can stop by their taproom in Illinois Wednesdays and Thursdays from 4 – 10 pm, Fridays from 4 – 11pm, and Saturdays from 1-9pm.

Microbrews on tap are:

Fans of 5 Rabbit Cervecería, one of the best microbreweries in the U.S., can stay up to date with events and promotions by following their Facebook page or signing up for their newsletter. 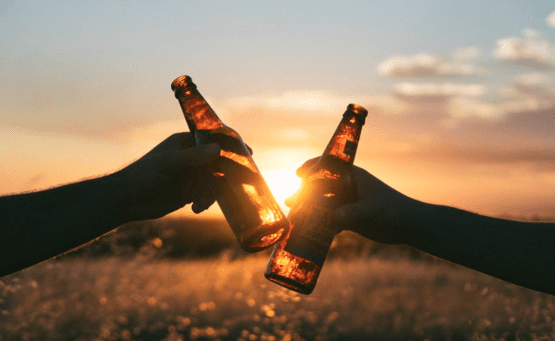 If you’re a beer enthusiast or a restaurant owner, this list of the top craft beers and breweries should appeal to you. In addition to offering flavorful drinks, many of these companies offer on-site restaurants, beer tours, hosting for private events, and memorabilia through their online craft beer store. Bottoms up!