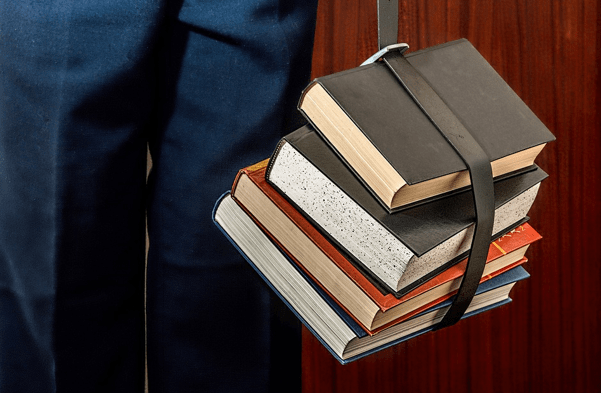 Tennessee stretches from the Smoky Mountains in the East, with cities like Knoxville (home to the University of Tennessee), all the way to Memphis, which is on the Mississippi River. This southern state is known for being a beautiful tourist destination, and it also has many excellent Tennessee colleges.

Each review of the best colleges in Tennessee highlights some of the unique features of the school that led to its inclusion on this list.

AdvisoryHQ’s List of the Top 6 Best Colleges in Tennessee

List is sorted alphabetically (click any of the names below to go directly to the detailed review section for that college or university):

Reasons to Consider One of the Small Colleges in Tennessee

Mega-universities that are huge and have tens of thousands of students can have many advantages, including in-state tuition, excellent resources, and access to more faculty and libraries.

Of course, attending one of the colleges in TN that’s small isn’t for everyone, but for some people the advantages are well worth it.

Below, please find the detailed review of each of the top colleges in Tennessee. We have highlighted some of the factors that allowed these TN colleges to score so well in our selection ranking.

Maryville College is located in Maryville, Tennessee, which is a town near Knoxville. It’s one of the oldest colleges in the U.S. and the South, and this pick for one of the top colleges in Tennessee is affiliated with the Presbyterian Church. This liberal arts school is also incredibly small, with just over 1,000 students.

Among colleges in TN and particularly private colleges in Tennessee, the following are specific ways Maryville excels.

Maryville College has a faculty where 91% have doctoral degrees or the appropriate terminal degrees. The student-faculty ratio is 13:1 and the average class size is only 19.

There are more than 60 offered majors and seven pre-professional programs.

Degrees include Bachelor of Arts, Bachelor of Music, and Bachelor of Science. There are also dual-degree programs in engineering, health care/nursing, biopharmaceutical science, and veterinary science.

While Maryville College is one of the private colleges in Tennessee, they work to make it affordable for students. Scholarships available from Maryville College range from $15,000 per year up to full tuition, and they are awarded based on academic achievement and personal achievement as well as excellence in specific areas such, as music or theater.

97% of students at this leader among Tennessee colleges receive financial aid as well.

Some of the reasons MTSU is on this list of good colleges in Tennessee and the best Tennessee state colleges are below.

There are more than 240 academic programs available to students at MTSU. This pick for one of the best colleges in TN has many accreditations, including by the Commission on Colleges of the Southern Association of College and Schools Commission on Colleges to award bachelor’s, master’s, and doctoral degrees.

Other accrediting memberships include the Accreditation Board for Engineering and Technology/Computing Accreditation Commission, and The Association to Advance Collegiate Schools of Business.

At MTSU, 74% of full-time undergraduate students receive some kind of need-based financial aid, and the average need-based scholarship or grant is $5,639.

For in-state students, the cost of tuition at MTSU is also relatively low. For example, in-state tuition and fees for the 2015-16 school year at MTSU were only $8,080.

The Department of Recording Industry

The Department of Recording Industry is the most popular program at the University and is part of the College of Media and Entertainment. Only a limited number of slots are open for students to take upper-level classes in this program, and it’s divided into three concentrations: Music Business, Commercial Songwriting, and Audio Production.

The department has five recording studios on campus, and The Rolling Stone College Guide said MTSU has one of the best music business programs in the U.S.

Specific reasons Rhodes is on this list of Tennessee colleges that are top-ranked are detailed below.

Many students are searching for great TN colleges that are small and provide an intimate learning experience, and Rhodes fits that bill. The student-to-faculty ratio at this pick for one of the best colleges in Tennessee is 10:1. The average class size is only 14 at Rhodes, and there are just over 2,000 students.

Despite being a small college, 28% of students are multicultural and international, and 46 states and 41 countries are represented.

Students at Rhodes, one of the best private colleges in Tennessee and one of the overall top Tennessee colleges, are very active and engaged. One hundred percent of first-year students live on campus, and 75% complete internships.

More than 80% of students participate in service, 52% belong to fraternities or sororities, and there are more than 100 student clubs and organizations on campus. There are also 21 men’s and women’s NCAA Division III intercollegiate teams.

Sewanee: The University of the South Review

Sewanee: The University of the South is a liberal arts school that’s small, private, and located in Sewanee, Tennessee. This private liberal arts school is located on the Cumberland Plateau and has a scenic campus. As well as being one of the best colleges in Tennessee, it’s also nationally ranked and is a member of the Associated Colleges of the South.

Among colleges in Tennessee, Sewanee is one of the schools that puts the most focus on a personalized education and academic experience for students. The small university allows students to take classes taught by professors rather than TAs and enjoy close faculty-student interaction. Often, students will work directly with faculty on various projects and articles.

As a result, Sewanee has had 26 Rhodes Scholars, 34 NCAA Postgraduate Fellows, 47 Watson Fellows, and many Fulbright Scholars.

More than 40 percent of students for this leader among colleges in TN participate in study abroad programs, and there is also an endowment program that supports summer internships.

There are opportunities ranging from service internships to community engagement courses.

The University of Tennessee Review

The University of Tennessee is located in Knoxville, TN, and it’s the largest of the best colleges in TN included on this ranking. This is one of the best Tennessee state colleges and a leader among TN colleges overall.

Among good colleges in Tennessee, the University of Tennessee is the flagship of the Tennessee state colleges. It was founded in 1794, and it’s classified as one of the nation’s Top 25 public research institutions. It’s part of the UT System along with UT Chattanooga, UT Martin, the UT Institute of Agriculture, the UT Health Science Center, and the UT Space Institute.

It’s classified by the Carnegie Foundation as a Doctoral University, which indicates the highest-level research activity.

UT is incredibly large among Tennessee colleges, but at the same time, students still enjoy a 17 to 1 student-to-faculty ratio. UT, the largest of the best colleges in Tennessee, includes 11 colleges and more than 300 degree programs.

There are more than 170 undergraduate majors, concentrations, and specializations, and there is more than $46 million in scholarships awarded annually to students of this pick for one of the best colleges in Tennessee.

UT, a leader among good colleges in Tennessee, is ranked as 103rd among all national universities by U.S. News and World Report and 46th among public institutions. Seven alumni from this selection for one of the best TN colleges have been selected as Rhodes Scholars.

The school is also located near Oak Ridge National Laboratory, which offers unique research opportunities for staff and faculty.

This is also the only university to have three presidential papers editing projects, and it’s one of the oldest public universities in the U.S.

Image Source: The University of Tennessee

Vanderbilt, among good colleges in Tennessee, excels in many ways. One of these ways is its emphasis on research. There are several research organizations affiliated with Vanderbilt, including the Vanderbilt Institute for Public Policy Studies, Freedom Forum First Amendment Center, Dyer Observatory, and the Vanderbilt University Medical Center.

The Vanderbilt University Medical Center is also the only Level I Trauma Center in Middle Tennessee.

As mentioned above, Vanderbilt doesn’t just rank well among good colleges in Tennessee and the overall best colleges in TN: it’s nationally recognized as well. Vanderbilt University is ranked as number 15 in the 2017 edition of Best Colleges in the National Universities category by U.S. News and World Report.

It’s also in the top 10 in terms of the best colleges for veterans and the best undergraduate teaching, according to U.S. News and World Report.

Vanderbilt has one of the most impressive student-faculty ratios on this list of colleges in Tennessee at 8:1. It’s also worth noting that more than 60% of all classes at Vanderbilt have fewer than 20 students, so there’s a small school feel with big school resources.

The most popular majors at Vanderbilt include economics, social sciences, political science, and government.

The average freshman retention rate is 97%.

Tennessee is a unique southern state offering some great opportunities for education. The Tennessee colleges on this ranking of good colleges in Tennessee are incredibly diverse in their offerings, ranging from the small Maryville College to the massive University of Tennessee.

Each of the best colleges in TN included in this ranking excels in many ways, including academics, student-to-faculty ratio, reputation, and student satisfaction.