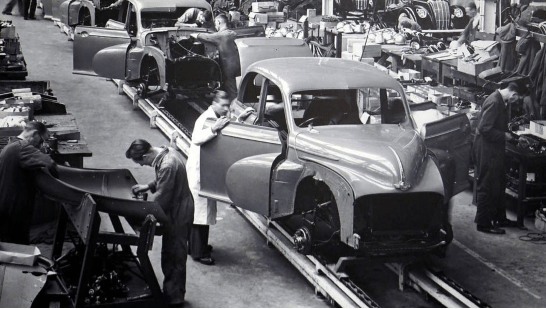 The automobile industry has been strong in recent years, and there are a number of both U.S. car makers and global auto manufacturers that are leading the way in terms of popularity, which is largely measured through yearly auto sales. 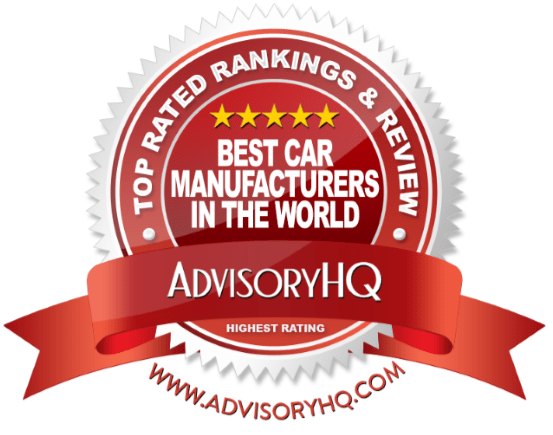 A variety of criteria was used to select these car makers, but some of the key reasons the following names are on this list of the top manufacturers include:

List is sorted alphabetically (click any of the car manufacturer names below to go directly to the detailed review section for that car maker):

The Current State of Car Manufacturers and the Auto Industry

The automobile industry had a strong year globally in 2016, and according to most estimates, that’s expected to continue. According to an industry outlook from Bank of America Merrill Lynch, annual sales are expected to be in excess of 20 million by 2018.

The leaders among car manufacturers are expected to be General Motors, Ford, and Honda because they have some of the most comprehensive product plans to gain market share over the coming years.

According to the same report, it’s anticipated that car manufacturers will unveil nearly 60 new cars and trucks on average during the next four-year period. This is higher than the past average, which was historically around 38 cars per year.

Some of the factors likely to anticipate robust growth among auto manufacturers include strong consumer confidence and relatively steady job growth. It’s also expected that an increase in miles driven by Americans will influence trends.

Below, please find the detailed review of each of the top car manufacturers. We have highlighted some of the factors that allowed these car makers to score so well in our selection ranking.

Fiat Chrysler is a multinational car maker with headquarters in London that serves worldwide markets. It’s also known as FCA. It is Italian-controlled and is incorporated in the Netherlands.

The group was created in 2014 through a merger of Fiat S.p.A into the new holding company, Fiat Chrysler Automobiles N.V. The holding company is listed on the New York Stock Exchange and the Borsa Italiana in Milan, and it operates through two primary subsidiaries which are FCA Italy, and FCA US, which was previously Chrysler LLC.

Details of FCA, including reasons it’s included on this list of car manufacturers, are highlighted below.

Among the large portfolio of this car manufacturer, the following models were their top sellers in 2016:

According to a press release from this car maker at the start of 2017, the following are some highlights and successes the company experienced in 2016:

Ford Motor Company is a multinational American car manufacturer that was founded by Henry Ford in 1903, and currently is headquartered in Dearborn, Michigan. The company sells cars under the Ford and Lincoln brands, and it has joint ventures throughout the world including in China, Thailand, and Russia.

The Ford company is leading the way in innovation, which is an important part of remaining competitive as a top car manufacturer. Some of the specific areas of innovation they’re focusing on in coming months and years include:

Another area of focus at Ford is one that’s forward-thinking: sustainability. The company is working to be innovative in areas of sustainability, and they’ve invested $4.5 billion in electric vehicles. They plan to launch 13 electric models by 2020.

Ford is also the only car manufacturer to be named to the World’s Most Ethical Company list by the Ethisphere Institute.

Ford has seen a 25% reduction in manufacturing energy use between 2010 and 2015 per vehicle produced, and they’re A-rated for their water conservation efforts in the CDP index.

According to a Ford press release from January 2017, the company delivered 239,854 new vehicles in December 2016, which represented a small increase from December 2015.

December 2016 was the best retail performance for Ford since 2004, and they saw average transaction prices increase as well.

Also, Ford is recognized as America’s best-selling truck brands thanks to the strength of the F-Series. 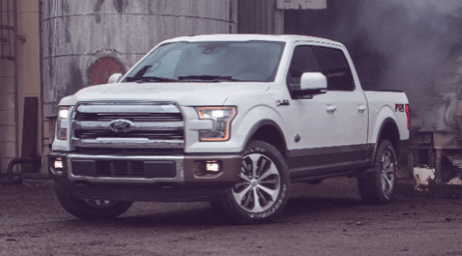 General Motors is a multinational American car maker headquartered in Detroit. This publicly-traded car manufacturer has been one of the most influential and innovative car makers in the industry, and their history in the auto industry dates back more than 100 years. General Motors led auto sales in the world for many years.

It was announced at the start of 2017 that GM sold 10 million cars in a year, for the first time in its long history. Much of the record-breaking sales were because of China, which is now GM’s largest market. GM was able to achieve its fourth straight year of record sales in 2016.

As a result, this leader among car makers and auto manufacturers was able to secure a record operating profit of $12.5 billion, representing an increase of 16%.

Along with record-breaking sales, GM is included on this list of the best car manufacturers and the biggest car manufacturers because they are committed to delivering products with a combination of safety and quality. One GM brand, Chevrolet, was recognized as the 2016 Motor Trend Car and Truck of the Year.

The company designed crash test dummies that are the global standard for frontal crash tests, and GM was the first North American car manufacturer to build a rollover test facility.

In March 2017, Honda reported that it was continuing on a record-setting path for total vehicle and truck sales.

They reported February 2017 sales of nearly 122,000 Honda and Acura vehicles, representing a 2.3 percent increase over February 2016, and setting a new record for the month.

One of the areas where the Honda company is focusing their future plans as a car maker and one of the top car manufacturers is what they call a “collision-free future.” They are working on engineering vehicles that can cut collisions in half, beginning with their model year 2020 vehicles. They hope to make collisions entirely avoidable by the release of their model year 2040 vehicles.

Along with sales and innovation, another reason Honda is ranked as one of the top car manufacturers and car makers is because of their continuous dedication to the environment and sustainability. Honda has consistently led the way in this area.

In 1974, Honda introduced the Civic CVCC, which was the first car to meet the 1970 U.S. Clean Air Act requirements. The company released the first gas-electric hybrid car in 1999, and the CR-Z, launched in 2010, was the first hybrid automobile available with a 6-speed manual transmission.

This leader among car manufacturers has also been working on a new version of a solar-powered hydrogen refueling station.

Toyota is an innovative global leader among car manufacturers, and they are known for having a diverse product line, as well as for introducing the first mass-market hybrid in the world. Toyota is a Japanese company headquartered in Aichi, and the company is often ranked as one of the world’s biggest car manufacturers and one of the best car makers.

Toyota is ranked as one of the best car manufacturers for many reasons, including the fact that their vehicles are consistently named as being the most reliable. JD Power consistently ranks Toyota as a car maker with the most reliability across its vehicles, and that also helps with factors such as residual value and resale value.

It’s not just in terms of reliability where Toyota ranks well among car makers and car manufacturers. This top car manufacturer is included on this list of car manufacturers because of durability as well. According to Polk, 80% of Toyotas sold twenty years ago are still on the road.

That gives consumers peace of mind that they’re making a strong long-term investment when they purchase a Toyota.

Toyota, like many other car makers on this list of car manufacturers, puts a lot of emphasis on being innovative. Some of the areas of innovation where Toyota is currently putting resources and research are on interconnected traffic and safety systems, human-assisting robots, and new modes of personal transportation.

In fact, environmental technology is one of the many areas where Toyota excels among car manufacturers, as they’re constantly introducing products like hybrids and electric vehicles.

Volkswagen, formally known as The Volkswagen Group, is one of the world’s top car makers, with headquarters in Wolfsburg, Germany. This top car manufacturer creates automobiles as well as commercial vehicles, and it has maintained the largest market share in Europe for more than twenty years.

In terms of being one of the best car makers and one of the biggest car manufacturers, the following are specific details that set Volkswagen apart.

The Volkswagen company has twelve brands that are part of its portfolio, to best serve a wide variety of needs for customers around the world. Brands and products range from inexpensive motorcycles and small cars to luxury vehicles, as well as commercial vehicles including buses.

Along with the Volkswagen brand, other brands that are part of this car manufacturer’s portfolio include:

In 2016, Volkswagen overtook competitor Toyota to be named the largest among the world’s auto manufacturers. Volkswagen delivered 10.3 million vehicles worldwide in 2016, putting them ahead of not just Toyota, but also number three, General Motors.

Many were surprised that Volkswagen was able to take the top spot regarding car sales for 2016 because they had an emissions scandal with the vehicles that gained widespread attention. However, the company did apologize for the situation, and they have since reconfirmed their commitment to sustainability and maintaining the highest standards.

They have reworked their sustainability concept to make sure that opportunities and risks are identified as quickly as possible through each stage of what they call the value creation process.

The company also says they will make sure their corporate social responsibility policies will have a lasting, positive impact on the value and reputation of the company.

One of the biggest determining factors used to determine the best car makers was their sales volume, both in the U.S. and around the world. Another important consideration was the number of brands included in the car manufacturer’s portfolio.

Also critical in determining the best car manufacturers was their overall reputation for things such as reliability, and their dedication to innovation and the environment.