Imagine how productive you could be on your hour-long train ride into work. Or, think about the work that you can get done in the car as your family drives to Florida.

Consider, even, the peace and quiet that you can achieve by playing a Netflix movie in the car to keep your kids quiet and engaged.

All of that is made entirely possible by broadband. Sure, most of us are aware of the broadband that we have at home, which is often linked to a home phone line. However, what many don’t think about is their laptops and tablets as they are out and about. 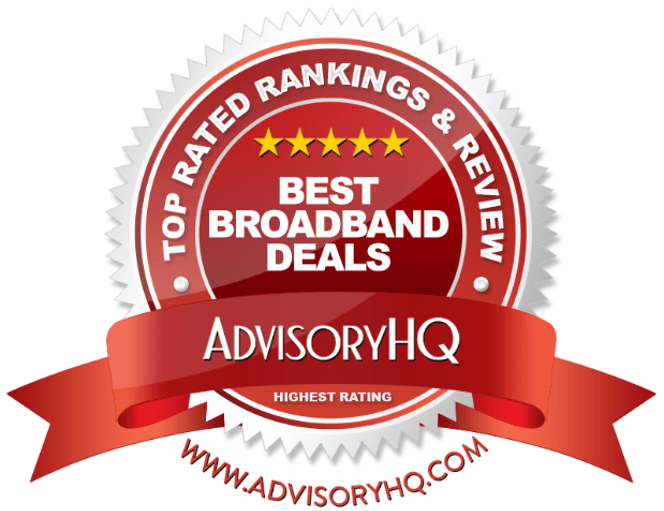 You can always snag Wi-Fi if there is the option, but many times when you’re on the road, you don’t have access to that luxury. With the best broadband deals, you can actually pay for plans that give you broadband access on your laptop or tablet via a USB plug-in.

Imagine everything that you can accomplish when you are just limited to your tiny cell phone when on the go. That is why broadband is such a great tool. However, the trick is finding cheap broadband deals.

You are already paying so much for your cellphone data plan and home internet, so you don’t want to break the bank for yet another package. That is why taking the time to find cheap broadband deals is such a good idea.

With so many different options out there for broadband, finding the right option can seem a bit overwhelming. This frustration increases even more if you aren’t quite sure what you’re looking for.

When you are trying to find the best unlimited broadband deals, you likely have several questions floating around in your mind, including:

See Also: News Story:  Yahoo Hacked | Ways to Protect Yourself from the Biggest Breach in History!

Detailed Overview: What to Look for in the Top Broadband Deals

Mobile broadband is a great feature that allows you to access the internet from anywhere – as long as you have service in the area.

When we say mobile broadband, we’re not just talking about cell phones, either. Any smartphone can get wireless access with a monthly data plan, but laptops and tablets aren’t quiet as fortunate.

So, in order to compare broadband deals, you need to know what you are actually looking for. You might compare two plans but be unaware that the plan that is a few dollars cheaper actually only offers half of the features. 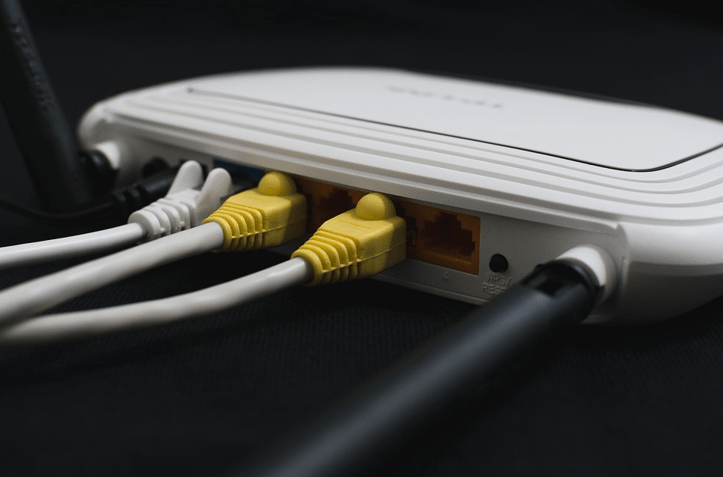 That is why when you are looking for good broadband deals, it is important to consider the following:

Price might be one of the first things to consider when you are trying to find the best unlimited broadband deals. You need to find a plan that fits within your budget that also offers the data that you need. Be sure to compare the packages, and not just the price of fast broadband deals.

Getting a mobile broadband provider is great, but not so much if they don’t actually offer strong coverage in your area. There is nothing more frustrating that trying to download email or check Facebook only to find out that the provider you are paying, can’t actually provide broadband coverage where you are.

Be sure to consider your location – and frequent travel locations – when selecting good broadband deals.

The price you see per GB package might not be the full price that you pay. Some providers charge activation fees, which can top out around $40. Also, be sure that you pay attention to plan cancellation fees to make sure that you aren’t trapped in a long-term contract.

Do you want LTE, 3G, or 4G speed broadband? You might not think there is a big difference between the different fast broadband deals, but there definitely is. Be sure to consider speed when choosing plans.

You don’t want to pay high broadband package fees only to find yourself alone when there is a question to be asked. Be sure to consider how a provider’s customer service ranks before deciding that they are offering the best broadband deals.

These factors are very important to consider when you compare broadband deals. You want to know what you are paying for and be sure that it fits your needs. The last thing you want to do is pay for more than you use, or not have enough and find yourself shut off from the internet.

Below, please find the detailed review of each broadband option on our list of the best broadband deals. We have highlighted some of the factors that allowed these fast broadband deals to score so highly in our selection ranking.

AT&T is one broadband provider, but their offerings might not qualify as cheap broadband deals to some.

AT&T broadband plans start at 2GB, which means that light users will need to pay for at least 2GB – which costs $50 – even if they do not use that much. AT&T also does not offer any unlimited broadband deals, as the only other plan is for 4GB – 5 GB and will cost you $70.

As another drawback, AT&T also charges fees. Cheap broadband deals will seem like a thing of the past when you see activation fees around $45 and early termination fees that can max out at $150.

The good thing about AT&T is that they offer the best broadband deals when it comes to coverage. The behemoth cellular company has a massive network that equates to coverage all over the country. This also means that you have access to their network of mobile hotspots, which can save your data plan.

Boost Mobile is a broadband provider that could be a good option if you are not looking to get anchored down by fees. Their cheap broadband deals are made possible by the lack of fees they charge. You will never be charged an overage fee, activation fee, or even an early termination fee.

Boost Mobile offers some cheap broadband deals that you may want to take advantage of. Although they don’t offer unlimited broadband deals, their superior customer service and lack of fees makes them a strong contender for the best broadband deals.

H20 Wireless is a broadband provider that you might never have heard of, but they offer a variety of good broadband deals.

Perhaps the best thing about H20 Wireless is the variability in plans. Their plan sizes range from 4 GB to 10 GB, though they aren’t quite cheap broadband deals when compared to others, and there are no unlimited broadband deals offered.

One nice thing about H20 Wireless that many love is their lack of fees. They simply throttle overage and have no activation or early termination fees. That means that the price you see is the price you will pay.

As an added bonus, you can connect to their network of hotspot connections. The only thing to really double check is whether or not H20 Wireless actually services your area.

When it comes to broadband, H20 Wireless offers a variety of plans, limited fees, and strong customer service. If they offer plans in your area, it might be worth checking the out.

If you want reliability, Sprint is definitely one of the broadband providers that you should consider to find the best broadband deals. Though you won’t find unlimited broadband deals, with the variety of plans ranging up to 12 GB, you can certainly find a plan that fits.

When it comes to fees, Sprint can definitely get you. Although there is no fee for overages, which makes these some of the best broadband deals, you might find yourself paying an activation fee of $36. The early termination fee can also cost you a maximum of $350.

Sprint does have a very reliable network that offers fast broadband and even access to mobile hotspots. If you are looking for the best broadband deals, this is one to consider.

T-Mobile is a steady broadband provider that offers access to unlimited broadband deals. If you are on their network, there are no overages or annual contracts. You just need to select how much data you need and the speed you need and go from there.

You can buy a new device through T-Mobile or even bring your own device to the T-Mobile network. Their broadband deals can certainly be considered cheap broadband deals and start at just $20, where other companies are charging $30 to $40.

When it comes to fees, T-Mobile is also a great choice. There are no overage fees; they simply throttle your speed. There are also no activation or early termination fees when it comes to these unlimited broadband deals.

If you want a reliable network with hotspots, no fees, and cheap broadband deals, T-Mobile is definitely a provider to check out.

Verizon is hands down one of the best broadband deals and providers out there. They have extremely fast broadband speeds and a very reliable broadband network.

The great thing about these best broadband deals from Verizon is that there is a plan for everyone. Their plans range from 2GB to 12GB. Though their prices for 2GB are a bit higher than other providers, the plans become more affordable as you move up the scale.

One area where Verizon will get you is with their fees. This company charges $15 per GB and an activation fee of $40. There is also an early termination fee that can reach $175, which makes some shy away from these cheap broadband deals.

If you want fast and reliable broadband services, you will be hard pressed to find a provider better than Verizon.

Broadband is a great asset to have for your mobile devices like tablets and laptops. Sure, you can nab Wi-Fi from the various hotspots throughout the area, but often when you’re on the go – either in the car or commuting to work – you’ll be out of luck.

That is why finding the best broadband deals — and even better, cheap unlimited broadband deals — is so important. You can be much more productive using your laptop or tablet instead of just your tiny phone screen.

Aside from that, tablets and laptops give you much more functionality and options than phones, especially when it comes to browsing the web and editing documents. 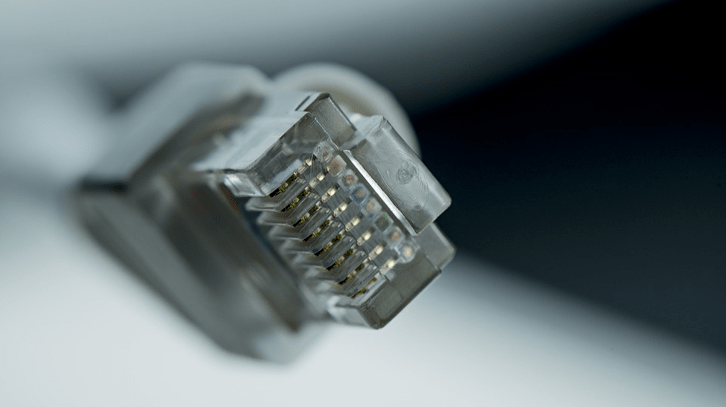 Being cut off from the web is a thing of the past with broadband coverage, but you need to make sure you are getting what you need. When you are trying to find the best broadband deals, it is important to take the time to compare broadband deals. Be sure to ask questions, such as the following:

These questions are so crucial to ask going into the search process; you need to know what to look for to properly compare broadband deals. Take the time to thoroughly assess several unlimited broadband deals before you make the final decision.

Many broadband providers lock you in with contracts, so it is essential that you are getting exactly what you want before you become locked in.