What Are the World’s Favorite Brands of Beer?

Undoubtedly, the world loves beer. America is often thought of as having some of the most popular beer brands and the leading beer labels, but because this love for beer has gone global, the U.S. isn’t the only country dominating the market for the best beer brands. 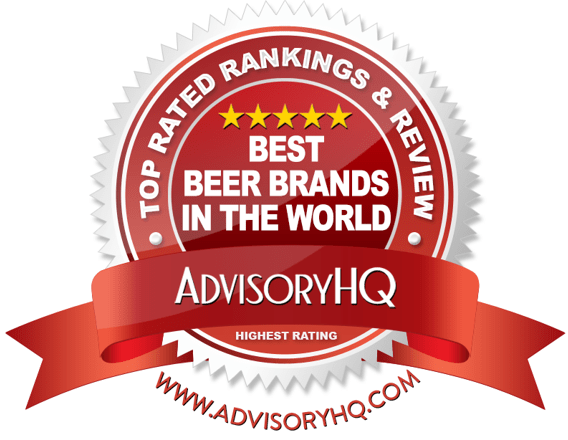 Of course, these aren’t the only countries that love beer.

The following ranking looks at beer labels and brands of beer and ranks the top beer brands based on sales and popularity. It’s not necessarily a ranking of taste or quality but is instead primarily based on market share among beer brands.

List is sorted alphabetically (click any of the beer names below to go directly to the detailed review section for that popular beer):

What Are the Different Types of Popular Beer?

Not all beer is created equally, and there are many different types of beer offered by the best beer names and brands of beer included in this ranking.

The following is a quick overview of some of the most popular beer types:

As well as beer type, there are also characters that can be used to describe the best beer brands and popular beer brands. Some of the beer styles include amber, blonde, brown, India pale ale, light, golden, pilsner, red, strong, and wheat, among others.

Below, please find the detailed review of each of the best beer brands. We have highlighted some of the factors that allowed these beer names to score so well in our selection ranking.

Bud Light is one of the top-selling brands of beer in the world, and it’s from the American company Anheuser-Busch.

Among the best beer names and the top beer brands, the following are features of this selection for a best-selling beer in the world.

According to Business Insider, Bud Light has a greater market share than even Budweiser at 2.5%. Bud Light is the lighter, somewhat weaker version of Budweiser, and it’s created with a process called secondary fermentation.

Of the 15 Anheuser-Busch breweries located outside the U.S., 14 are located in China.

The beer is considered very light and refreshing, although beer professionals tend to think it’s on the bland side.

According to TheStreet.com, one in about every five beers sold in the U.S. is a Bud Light, and while the history of this popular beer among top beer brands is relatively short, having only been introduced in 1982, it’s incredibly popular.

There have been many additions to this pick for one of the top beer brands and beer names, including Bud Light Platinum, Bud Light Lime, and the Bud Light Strawberita, among others.

Bud Light continues to experiment with premium beer options from the Bud Light brand as well.

Bud Light is a light lager style beer that’s available year-round and has an alcohol by volume of 4.20%.

It’s undoubtedly the leader among brands of beer that are considered light. It’s brewed using premium aroma hop varieties, and a combination of barley and rice. Bud Light has a lower sugar and calorie content than Budweiser and many other popular beer brands. 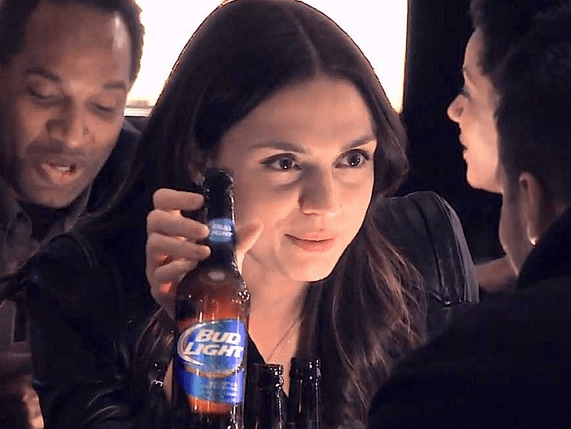 Budweiser is undoubtedly one of the most recognizable beer labels and brands of beer in the world, and it also dominates market share globally as one of the top-selling top beer brands.

Some of the reasons Budweiser is included on this list of top beer brands and most recognizable names of beer are below.

Budweiser has long been one of the most popular beer brands and beer names in the world. This popular beer is known as the “King of Beers,” and Adolphus Busch first introduced it in 1876. It’s still brewed with many of the same standards as when it originated.

Budweiser is classified as an American-style lager that’s full-bodied and crisp.

It’s brewed with premium barley malt and a blend of hop varieties, and to many people, it represents American culture, at least in terms of beer labels and beer brands.

Budweiser is frequently considered not just one of the best beer brands regarding global sales, but also overall value of the brand. This top pick among the best beer names is number 25 on the Forbes list of the World’s Most Valuable Brands, at $23.4 billion. Budweiser, which also includes Bud Light, is the biggest brands for the Anheuser-Busch InBev. Company.

This is a pick for a best-selling beer in the world, with a presence in 85 countries.

The global brand volume for Budweiser grew 6.9% in 2015, with particular strength in Brazil, South Korea, China, and Spain.

As well as seeing overall strong global growth and having a notable presence in so many countries around the world, Budweiser also leads among beer labels and beer names regarding general market share.

According to Business Insider, Budweiser’s global beer volume market share is 2.3%, which puts it at number four on the list of the most popular brands of beer in the world based on sales.

Related: What Is Organic Food | Guide | All You Need to Know (Definition, Benefits, & Facts)

Coors Light is one of the top beer brands in the U.S. and the world. This premium beer is brewed in Golden, Colorado and Milwaukee, Wisconsin, and this popular beer was first introduced in 1978, by the Coors Brewing Company.

Among beer labels and beer names, the following are specifics of Coors Light, one of the best beer names.

In 2005, Coors Light was given the silver medal in the American-Style Light Lager category at the Great American Beer Festival.

Coors Light is also the sponsor of many major events and leagues. For example, the company sponsored the Coors Light National Hockey League Stadium Series, and the company has sponsored NASCAR Mobile applications.

The Coors Brewing Company focuses a lot of their branding for this premium beer on their unique brewing process.

Coors Light, one of the top beer brands and a best-selling beer in the world, is lagered, filtered, and packaged at temperatures near freezing, according to the company.

This process is trademarked as Frost-Brewed, and the company says every batch they make is taste-tested more than 250 times by professionals to ensure they’re meeting their standards.

Currently, according to Business Insider, this popular beer among leading names of beer has a global volume market share of 1.3%.

Snow Beer is not widely known among popular beer brands and the top beer brands in the U.S., but this Chinese beer is actually the most popular in the world. Snow Beer, along with being the best-selling beer in the world, is a pale ale made by SABMiller and China Resources Enterprise. 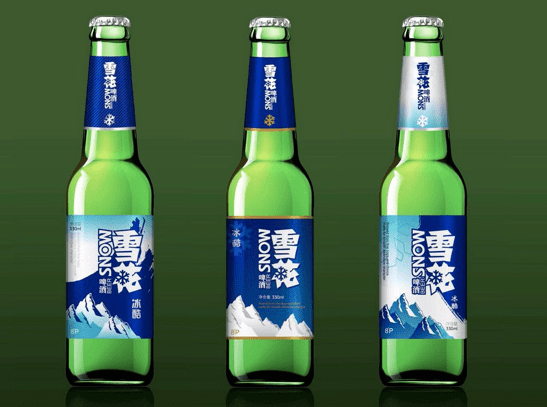 Reasons Snow Beer, the best-selling beer in the world, is included in this ranking of top beer brands and beer labels that sell the most are below.

One of the reasons Snow Beer has become one of the best-selling beer names in the global industry is because the market for premium beer and brands of beer is so huge in China. China is the biggest beer market in the world by volume, having overtaken the U.S. back in 2002.

The U.S. still leads with regard to sales value, but China is top regarding volume-based demand.

The brewing company that makes Snow Beer, one of the top brands of beer in terms of global sales, is the largest brewing company in China, and they have more than 90 breweries throughout the country.

By beer standards, Snow Beer is relatively new, and although its sales are almost entirely limited to China, its growth has been tremendous in recent years.

According to Business Insider, sales volumes have gone up 573% since 2005, at which point it was only the 11th highest-selling beer in the world.

Right now, the global beer volume market share for Snow Beer is around 5.4%.

Probably one of the primary reasons Snow Beer is so popular and has risen through the ranks to become one of the world’s highest-selling brands of beer and best beer names in sales volume is because of the cost.

It costs around $1 per liter in China, which is an important part of the demand for this popular beer.

Tsingtao Beer, one of the best beer brands in terms of sales, was founded in 1903 by the Anglo-German Brewery Co. Ltd. in Qingdao, China. There are now more than 59 breweries owned by Tsingtao Beer Co. in China, and the brand is present in more than 70 countries and global regions.

Some of the reasons Tsingtao is included on this list of the best beer names and top beer brands are below.

As has been mentioned, China is the biggest market for beer names and brands of beer in the world, so being a domestic leader there often makes top beer brands worldwide leaders as well.

Tsingtao is China’s second largest brewery. It claims around 15% of Chinese market share.

Also, Tsingtao is the highest-selling Chinese popular beer brand in the U.S.

Under the umbrella of the Tsingtao beer is the standard pilsner, which is the flagship product from the brand. There is also an unpasteurized version called the Tsingtao Draft Beer.

The brewery also makes a number of other beer names under this one beer brand. Some of these include the Tsingtao Dark Beer, the Tsingtao Green Beer, and others.

Yanjing Beer is another one of the leading beer labels based in China. This is one of the most valuable brands of beer in China and the world, and the brewing corporation behind this beer was formed in 1980.

Among popular beer brands and names of beer, Yanjing is included on this list of the best beer names for reasons listed below.

Yanjing was named the official beer of China in 1995. It’s ranked as the sixth-biggest selling beer in the world, and it has a global beer volume market share of 1.9%.

Yanjing Beer recorded sales volume of 5.321 million thousand-liters in 2014 and had an operating profit of HK $14.07 billion.

Yanjing is brewed naturally with mineral water, according to the company, and it includes hops, rice, and barley malt.

The taste is described as clean with a “floral nose” and “malty smoothness” for a refreshing flavor.

Also included under the Yanjing brand is something called the Yanjing De-Alcoholized Beer.

This is an important part of the brand because it provides the appeal of the taste of beer without alcohol.

It’s described as having a smooth, crisp, and toasty flavor, with some hints of citrus.

So often people view beer brands and beer names as being something that are either distinctly American or German, and they are surprised to learn that Asian markets and in particular China tend to lead the way regarding production and sales volume of top beer brands. 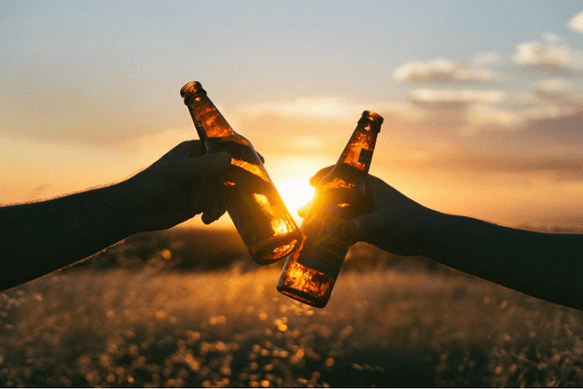 The above ranking of beer labels and brands of beer doesn’t necessarily cover the best-tasting beer brands but is instead focused on the best-selling beer in the world. Each of the best beer names included in the ranking is a top-seller domestically and internationally.