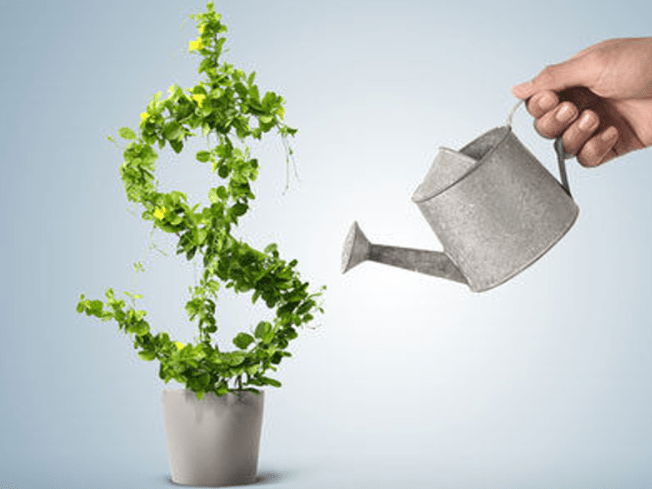 Overview: Are 5-year CD Rates a Good Option for You and Where Can You Find the Best 5-Year CD Rates?

The world is still recovering from the financial crisis, and most of us continue to feel vulnerable when it comes to investments.

You may have a bit of extra money hanging around in your current account or have an event coming up in a few years’ time that you would like to save for.

In this article, AdvisoryHQ will cover everything you need to know about 5-year CD rates, including:

As banks are sitting on a lot of money at the moment, due to the financial crisis, they are not scrambling to gain long-term investments from customers, and it can, therefore, be hard to find competitive 5-year CD rates.

This is why you need to consider a lot of factors when it comes to securing the best 5-year CD rates for your investment.

In traditional 5-year CDs, the money invested can be anywhere from a smaller amount of $500 up to a maximum of $250,000 (to which 5-year jumbo CD rates will apply) which is insured by the FDIC (Federal Deposit Insurance Corporation).

This is a low-risk way of investing money as your initial investment is guaranteed. Any return you will make on this investment will depend on the 5-year CD rates that the bank or credit union offers you.

If you have been affected by the downturn and do not like the idea of making high-risk investments – but are in a position to put some money away for a while – considering the best 5-year CD rates available to you is a good option.

On the other hand, if not being able to access this money quickly makes you nervous, you might want to look at other options. Here are three key things to bear in mind when considering whether a 5-year CD is the right choice for you and your money:

When you are looking for the best 5-year CD rates, the main things to consider are:

Effect of the Financial Crisis on 5-Year CD Rates

However, the crash had an effect on 5-year CD rates as the banks were faced not only with an abundance of new, stricter regulations and guidelines but also having a lot more money on their hands.

Before the economic downturn, banks had a lot more flexibility in terms of giving out loans and, therefore, needed cash at their disposal. In order to keep the money coming in, they gave out the highest 5-year CD rates of this century so far.

The average 5-year CD rate is now less than 2%, compared to 4% in 2007. Compounding these low rates is the popularity of the 5-year CD, as people with a little bit of money to set aside are moving away from high-risk investments and are not convinced by low-interest rates on regular savings accounts.

What Is the Current Situation with 5-Yr CD Rates?

If 5-year CD rates are so low, is a 5-year CD a good idea at all? The answer is yes! Even if you are not a huge investor looking for 5-year jumbo CD rates, there are some really positive environmental factors that will help you to get the best 5-year CD rates, which we will discuss in detail in this article.

So do not be deterred. If you have some money that you won’t need in the upcoming future, AdvisoryHQ will help guide you through how to find the best 5-year CD rates.

Although 5-yr CD rates are historically low, compared to the highest 5-year CD rates of over 4% in 2007, the good news is that they are rising. They hit rock bottom between 2013 and 2014. As is shown in the chart below, the rates over the last 5 years took a big dip but are slowly gaining momentum. 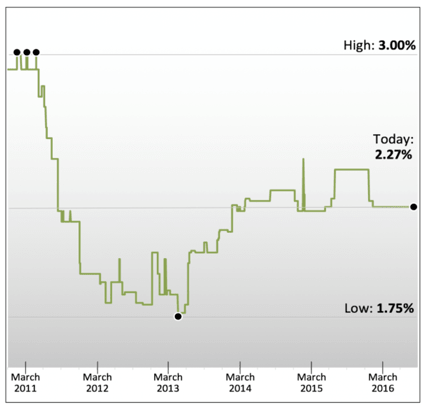 The Federal Reserve raised interest rates in December of 2015, which was a promising sign for 5-year CD rates. Although the rates have not risen this year, analysts are predicting that rates will see another hikes in 2017, which will be happy news for investors looking for the best 5-yr CD rates.

Here is a snapshot of an average APY on 5-year CD rates from banks this year. 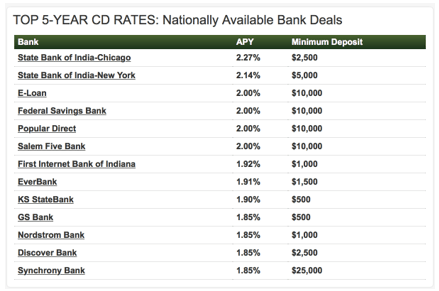 Although top yields have remained level or, in some cases, dropped, there are signs of life among credit unions and community banks, where investors have seen the best 5-year CD rates with an average of ¾ of a percentage point above the national return.

How to Get the Highest 5-Year CD Rates Locally

One way to get the best 5-yr CD rates is to think local. Credit unions are now offering better rates than larger banks. While the national average is still below 1%, credit unions are advertising some of the highest 5-year CD rates available, with most being between 2% and 3%. 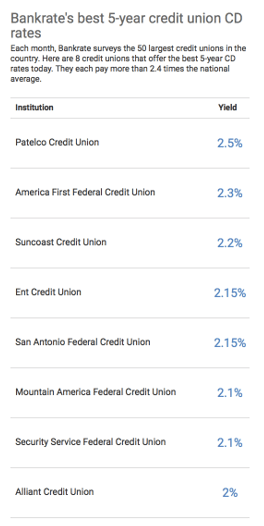 While these rates may seem very promising, what investors need to consider before agreeing to a 5-year CD rate is the terms and conditions of the deal. You may not be used to banking at credit unions, but as long as they are members of the National Credit Union Administration, your money is in safe hands.

Let’s break it down for you. Take, for example, the Patelco Credit Union. According to Bankrate, its 5-year CD rate is a pretty enticing 2.5% APY. Nothing wrong with that, right? But before you sign the dotted line, there are a few things to think about.

The San Antonio Federal Credit Union has a lower rate of 2.15% APY but takes a whopping 730 days of interest for early withdrawal.

In comparison, Security Service FCU has a slightly lower rate of 2.1% APY, but the minimum deposit is just $500 and the withdrawal penalty is a minimum of 90 days and a maximum of 360 days of interest.

This only gives a tiny glimpse into what is on offer out there, but it gives you a good idea of what to look out for.

How to Get the Best 5-Year CD Rates Online

Since online banks have lower overheads, they can give you a better deal. It can be hard to trust a bank when it does not have a physical branch, but as long as it is a member of the Federal Deposit Insurance Corporation, your money will be protected. 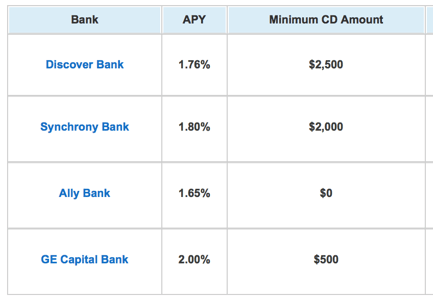 One of the great advantages of using an online bank is that you can access it from anywhere in the country and do not need to satisfy the membership requirements that some credit unions may have.

Investors need to take the same approach when looking at the 5-year CD rates offered by online banks to ensure that the terms and conditions of the investment are suitable to your needs.

It is also important to find out how easy it is to deposit and/or withdraw your money. Even if the bank or institution is offering the highest 5-year CD rates you can find, nobody wants to invest money somewhere that is going to have a difficult and time-consuming process to deposit or withdraw.

The best 5-year CD rates depend on what kind of investment is right for you and your money. There are lots of different types of CDs available, as is broken down into categories by Simple Dollar:

Strategies for Getting the Best 5-Year CD Rates

When banks were offering good 5-year CD rates of over 4%, you did not need to look far to get a great deal for investing your money.

Now that banks are in the driving seat, it means the investor has to do a bit more digging to find the best 5-year CD rates and consider strategies that can be used to maximize return on investment.

There are a few different tactics that savvy investors use to make the most on their investment.

If you are a good negotiator or a loyal customer, you could also take the bull by the horns and approach your local bank or credit union to ask for a better deal than the 5-year CD rate it is advertising.

There are so many things to save for – college funds, your first home or the holiday of a lifetime. The interest rates on CDs may not be high at the moment, but if you are not the kind of investor who likes to take risks on investment strategies, like stocks, investing in a 5-year CD could be a really good option for you. 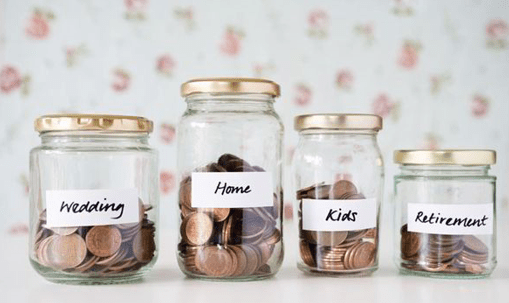 The sound of penalties on withdrawals may sound scary, but do not let it put you off. In a lot of cases, even if you do end up withdrawing early, the best 5-yr CD rates can be significantly higher than standard savings rates – and you will still be ahead of the game, despite a penalty.

There are lots of online comparison tools that can help you find the best deal for you. As long as you read the fine print and find terms and conditions that suit you and your money, investing your savings into a 5-year CD can be a great way to get more bang for your buck. 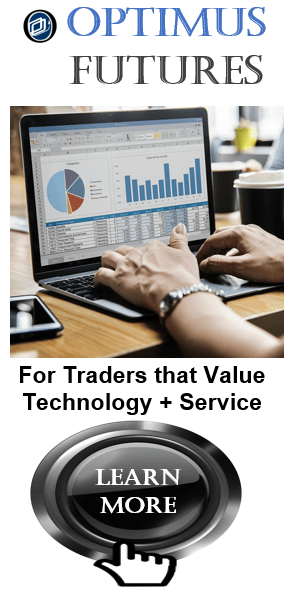